Ahh, chirashi don. We light up at the sight of this bowl of goodness, our mouths watering just thinking about the slices of sashimi layered upon one another, plated so perfectly for demolition. But with a host of restaurants serving up this dish these days, it’s not easy trying to find the real deal.

You may be tired of the hubbub, but trust me, Matsuo Sushi Restaurant is worth seeking out. The restaurant is rather out of sight as it is located at Goldhill Plaza in Newton. It may appear quite simple and bare, but don’t let that fool you.

When we arrived, several working adults were already hovering outside, eagerly waiting for it to open. Just like the minimalist exterior, the cosy interior invited us in with a very organised dining space as well as an open kitchen, allowing us to revel in the virtuosos shearing the fatty fish, their knives energetically hitting the cutting boards. 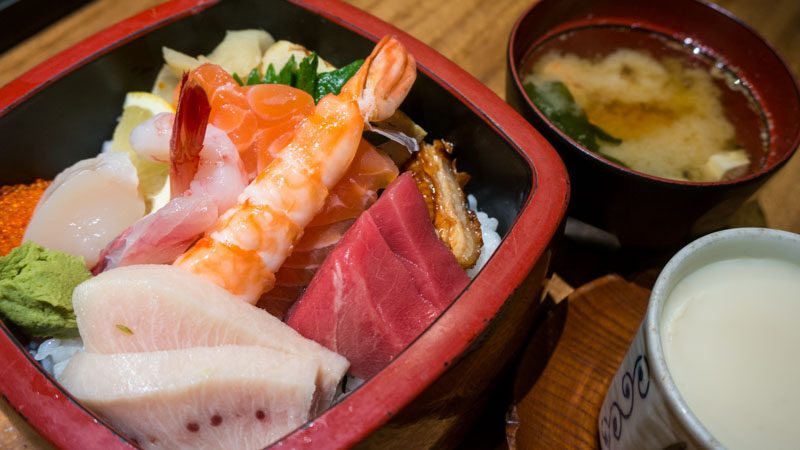 The freshly-sliced sashimi was then served in the daily special set lunch Higawari Set A ($18), which came with Chirashi, Chawanmushi and Miso Soup. I was so thankful that it wasn’t like those dons with diced or miserly slices. 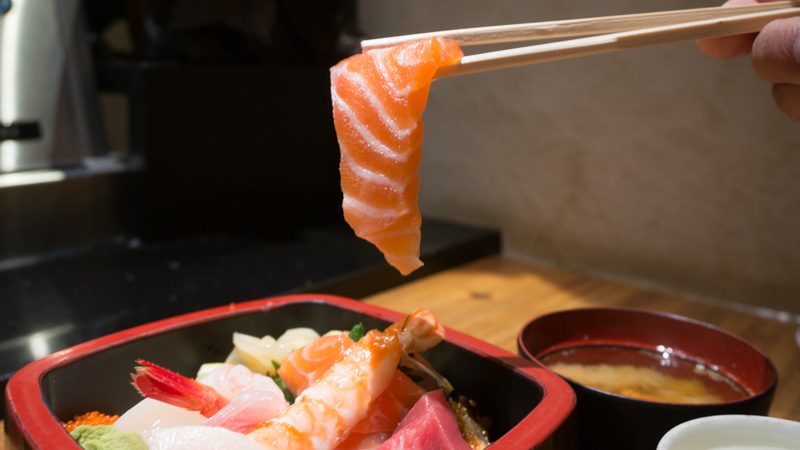 You know how it’s always better to have quality over quantity? This chirashi don proved that you can succeed in both. Those who are slaves to salmon will surely smile to spot not one but three, fatty slices. They were chewy, creamy and as fresh as the other sashimi.

A single bite into the tuna, scallop and raw shrimp led me to the seashore, giving me a taste of the rawest of the raw. If you’re not a fan of the strong flavours of the sea, you might not be able to fully savour its natural piquancy. 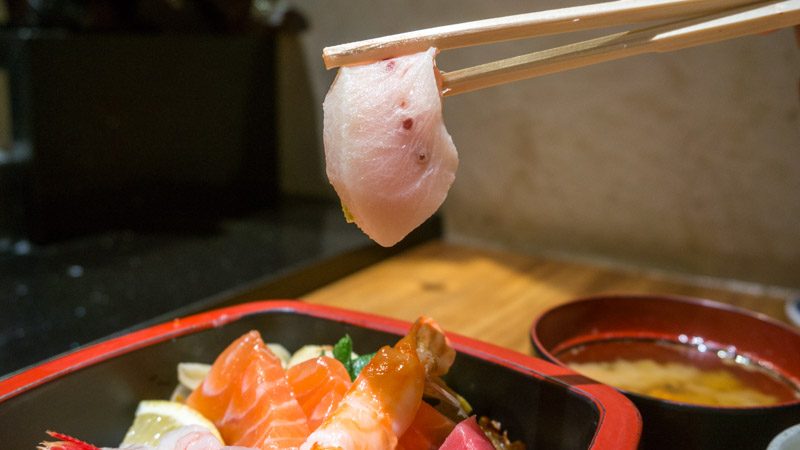 But the highlight was definitely the swordfish. Having never really come across this fish in Singapore, it was a pleasant surprise when I chomped down; it gave a little crunch then slowly melted on my tongue with a mild sweetness and a tang at the end. 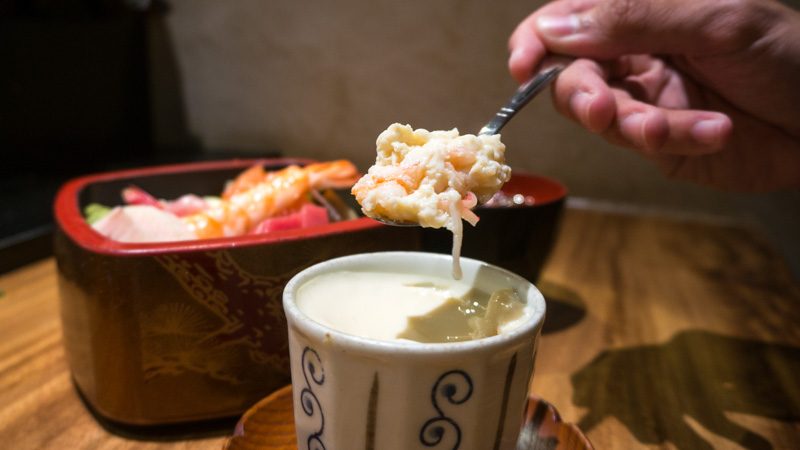 And of course, I couldn’t ignore the sides. While the shrimp miso soup was too salty for my liking, the chawanmushi made up for it with its jiggly-ness and hidden chunks of unagi, shrimp and plenty of crab meat.

The egg was airy and brimming with broth, resembling a comforting bowl of soup. I would’ve preferred two of these to the miso soup! Next up, we tried the Sushi & Zaru Soba Set ($20) and were greeted by a platter of variegated sushi with a luscious sheen.

The chosen ingredients were similar to those in the chirashi don, incorporating shrimp, unagi, tamagoyaki, amberjack, salmon, swordfish, tuna and scallop.

I’ve never raved about cucumber sushi rolls, but the sushi rice was incredibly chewy and sticky, complemented with a nice crunch of cucumber. While the sashimi sushi was excellent, the tamagoyaki also deserves a shout-out with its dense yet fluffy layers of egg with just the right amount of sweetness. The sushi was so good that I almost forgot about the zaru soba. The buckwheat noodles of the set still retained its gritty texture and the freshly-chopped spring onions gave the dish an extra edge. I recommend enjoying the sushi first before attacking the soba, so it can act as a palate cleanser after.

Sure, there are loads of restaurants offering more affordable chirashi dons. But at this quaint eatery, if you keep in mind the bona fide ingredients as well as the ample portion, it’s a steal, especially for the set lunch menu.