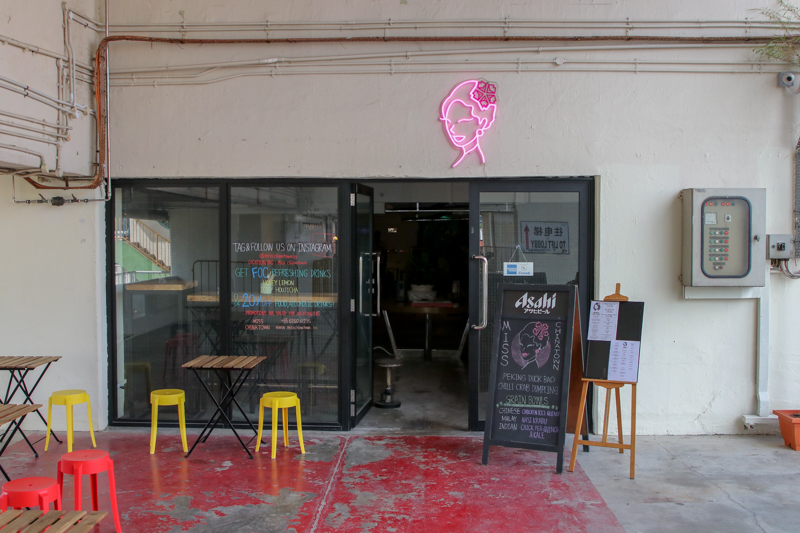 Wandering around the carpark at People’s Park Complex, we found Miss Chinatown, the only eatery there. Taking over from now-defunct Lepark, it’s sandwiched between the top floor of the carpark and the iconic residential building.

The bar is owned by Singapore’s homegrown singer-songwriters Jack and Rai, who were also the ones behind The Flying Squirrel. As a result, they even have a private event space with a small stage for a live band. 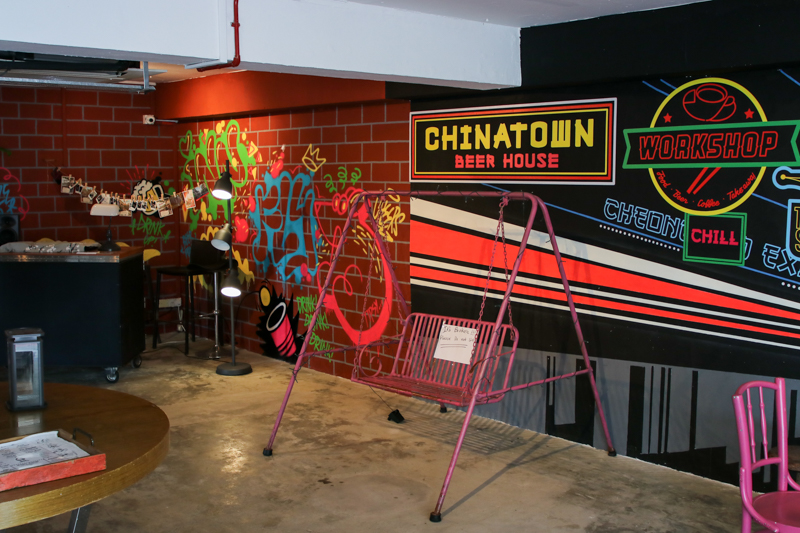 Miss Chinatown is a dimly-lit bar with neon drawings that look like street signs on the wall. 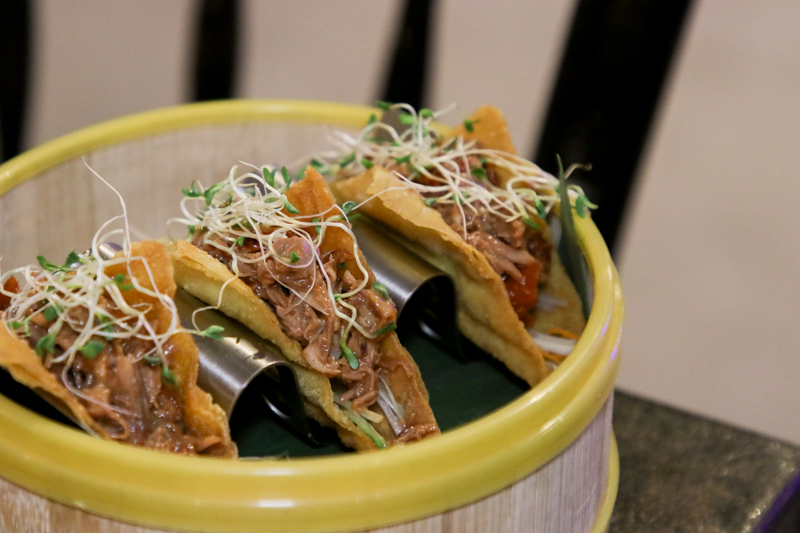 I couldn’t wait to try out what they have to offer. We started with the Peking Duck Wonton Tacos (S$12/two pieces), which featured innovative use of wonton skin as a taco shell. 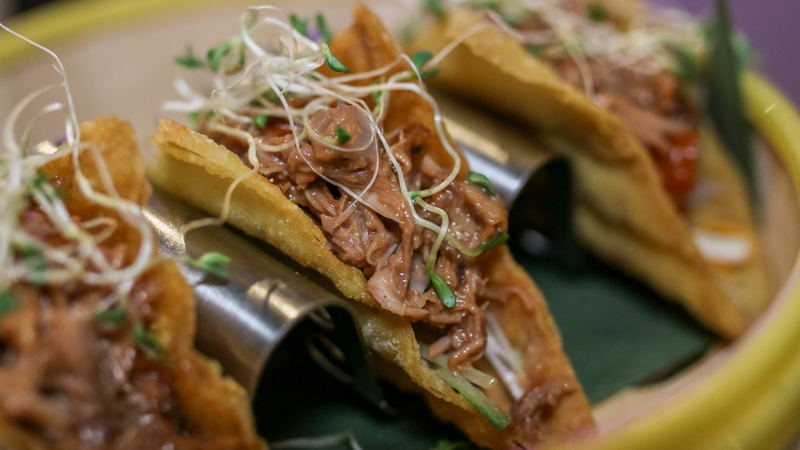 The Peking Duck Wonton Tacos combines the traditional Peking duck dish, with a playful Asian interpretation of a Mexican taco.

Each mouthful was filled with crispy thin wonton skin and the tender pulled duck meat. I could also taste the sweetness from the Peking duck sauce and the slight gaminess from the pulled duck.

I really liked the different layers of textures in this dish, with crunchy wonton skin and tender, juicy pulled duck. 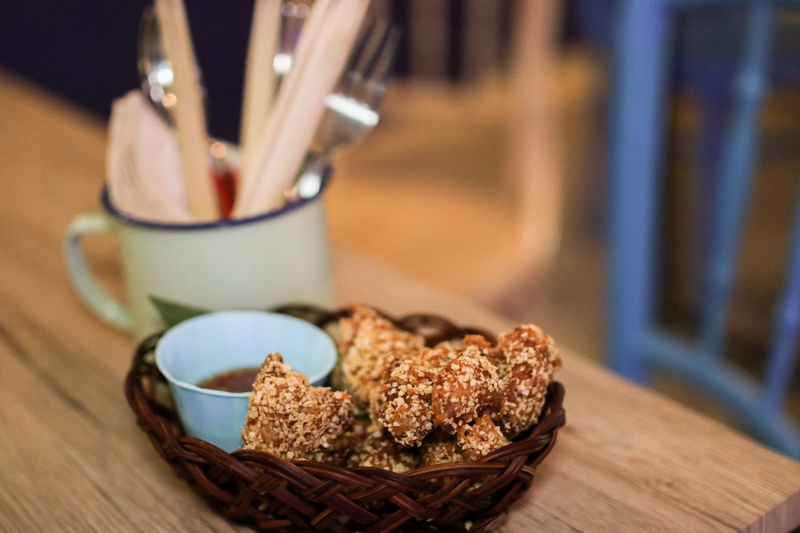 We also tried the Cereal Chicken (S$12+), which came with a side of sweet and spicy Thai sauce. The chicken bits were coated in a batter and then covered with a cereal crust. Deep-fried till golden brown, the chicken within still managed to stay juicy. 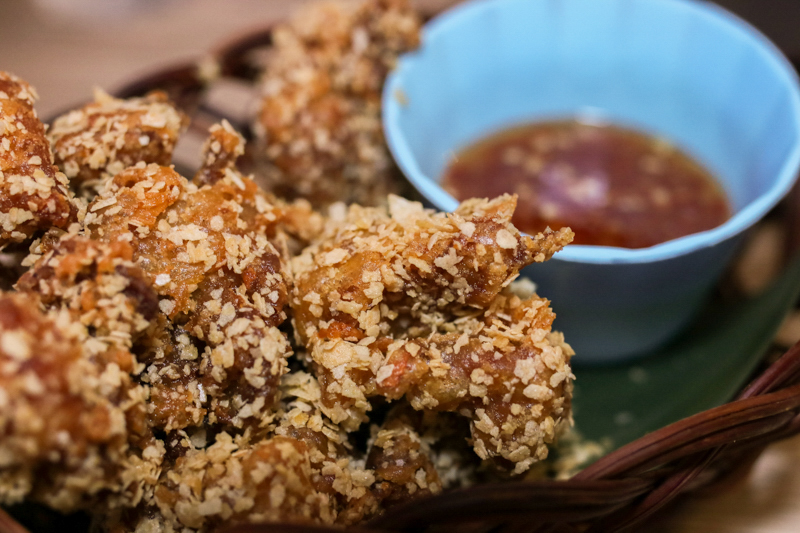 The cereal had a buttery fragrance which I really enjoyed and it also helped to add more crunch to the crust. Dipping the chicken into the sweet and spicy Thai sauce added some acidity which helped to cut through the oiliness.

The Cereal Chicken makes for a great bar snack, and especially with their affordable Asahi Beer Towers (S$50/tower, S$120/three towers). 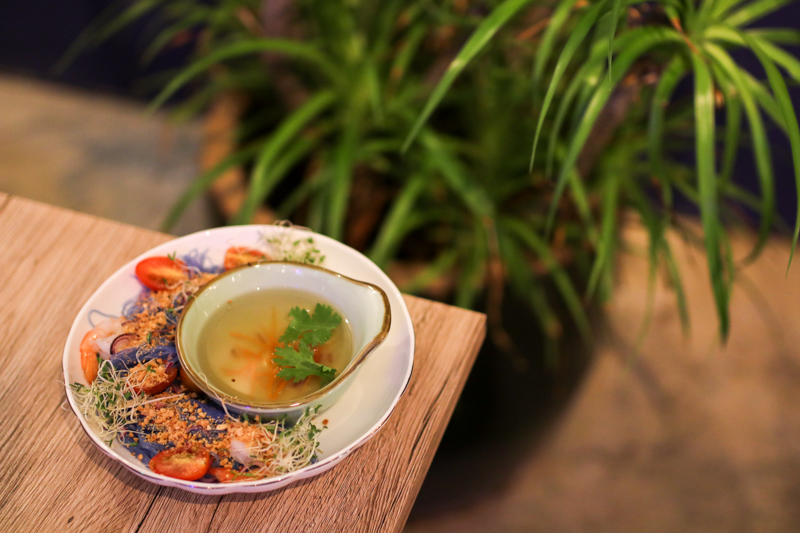 We went on to try something ‘magical’ that they recommended: the Thai Magic Noodles (S$7). The dish came with blue butterfly pea glass noodles, and we were quite amazed at the bright hue. The ‘magic’ happened when we dipped the blue glass noodles in a citrusy clear soup, turning the noodles purple! The sauce also gave the noodles a tangy taste alongside prominent notes of lemongrass. 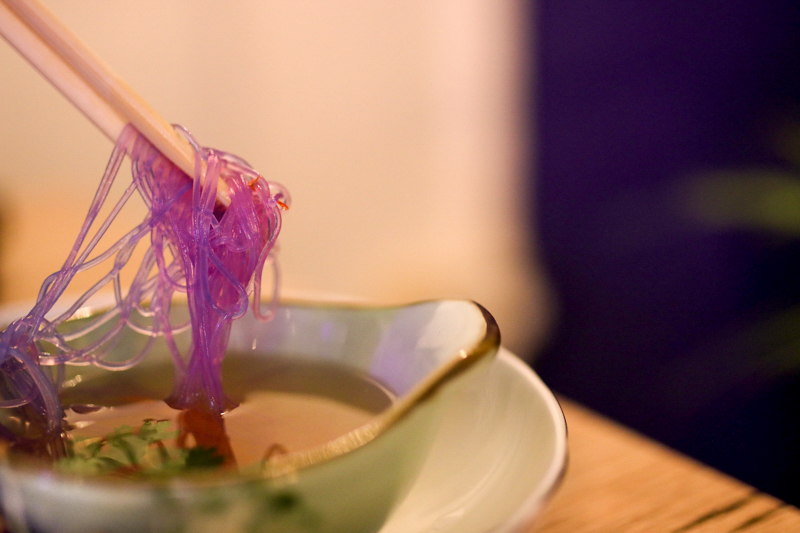 I could also taste the smokiness from the roasted nuts which contrasted with the sour clear soup. This dish was lighter and more refreshing, which was a welcome contrast to the previous heavier dishes. 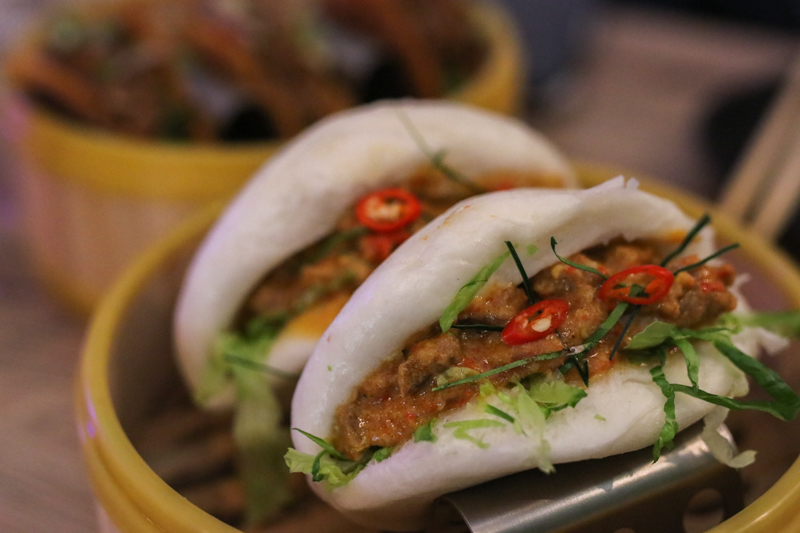 Finally, we also tried the Beef Rendang Gua Bao (S$16) which was a twist on the familiar kong bak pau.

I could distinctly taste the coconut flavour from the rendang sauce, with a hint of spiciness at the end. The lettuce and cucumber within the bun also added a crunchy texture to this meaty pau dish. 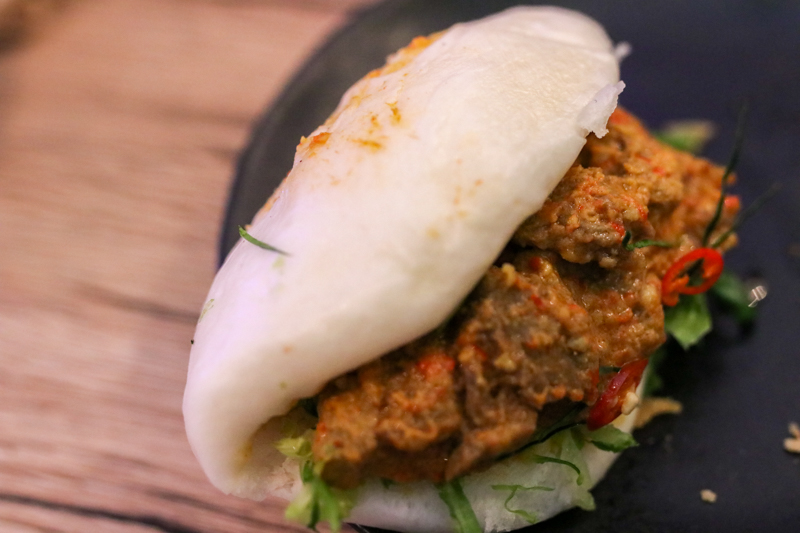 I really appreciated how they were generous with the chunks of beef inside the bao. However, I felt that the beef was tough and slightly overcooked.

If you get a little full from the food, take a stroll around the old People’s Park Complex carpark. 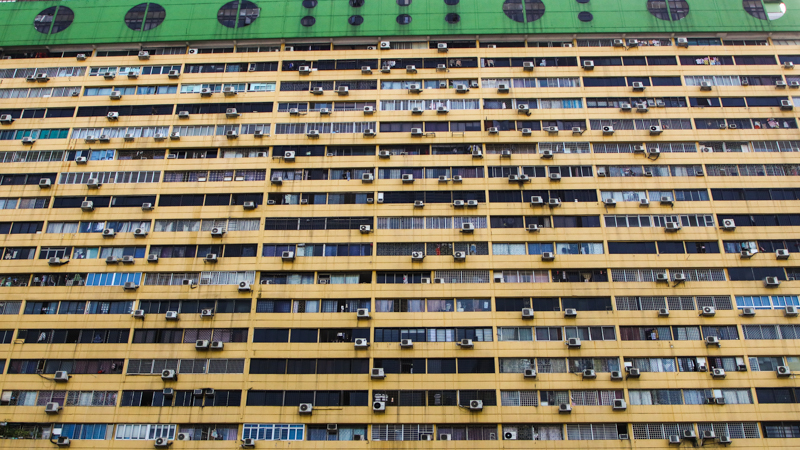 The old carpark has a stunning yellow residential building as a backdrop that’s great for Instagram-worthy pictures.

With such a relaxed atmosphere and even a view overlooking Chinatown, Miss Chinatown would be my new go-to place. Furthermore, their creative menu and affordable beers would surely be attractive to any hipsters taking pictures around the area.

My only gripes are just that the eatery was a little too warm, and that some of their other dishes could be better refined. But other than that, I would definitely come back to Miss Chinatown as I really enjoyed their innovative Asian-inspired food.