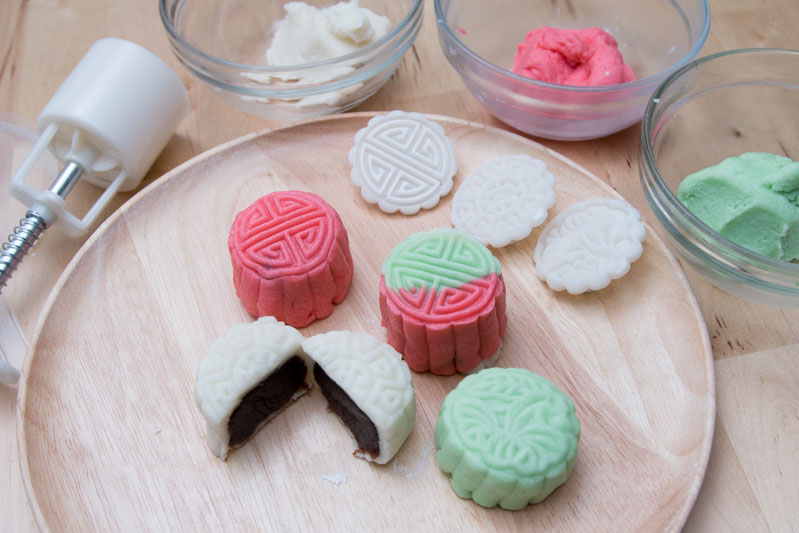 My love for snowskin mooncake is unparalleled. Love is probably an understatement. I’ve got to have at least one of these so-easy-to-binge-eat doughy sweet treats all to myself every Mid-Autumn Festival. No sharing is allowed, even if it comes in a large size.

Besides being so easy to munch on, snowskin mooncakes are actually really easy to make too! That’s great for me as I can make as many as I want till my heart’s — and belly’s — content, and so can you.

This recipe is so simple; it’s like playing an adult version of Play-Dough. You could make a whole batch of it while watching your favourite TV show, or get grab a kid or two to keep them occupied and entertained.

5. Food coloring of your choice 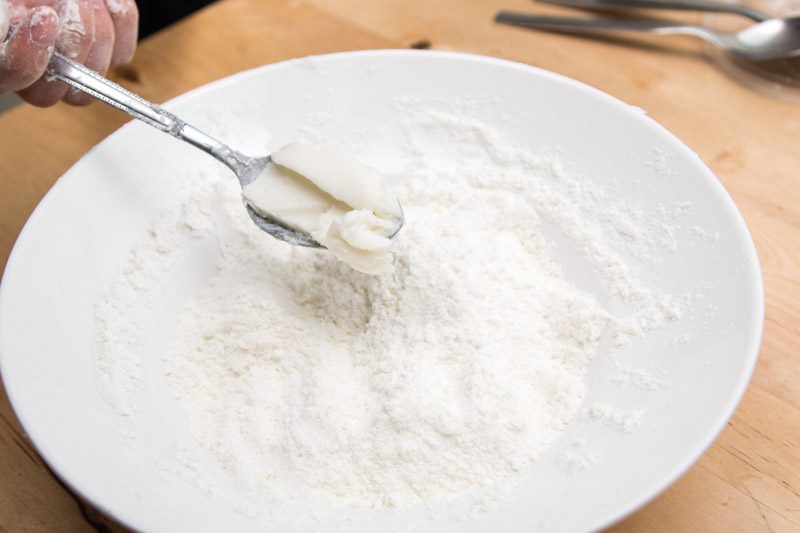 In a large bowl or dish, sieve 250g of packaged snowskin premix ‘koufen’ (glutinous rice flour), I got mine from Red Man brand from Phoon Huat Singapore.

Measure out 30g of shortening, and rub it into the flour with your hands, until the mixture becomes clumpy. 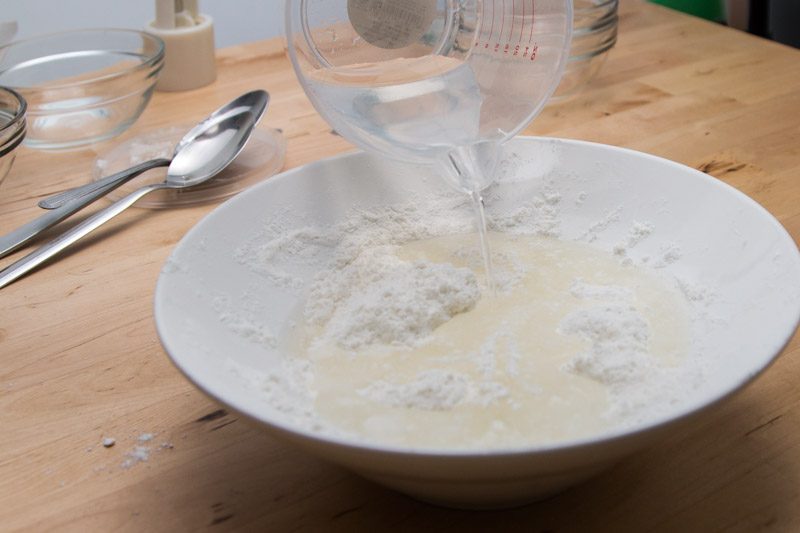 Using a measuring jug or cup, pour 130ml water into the flour mixture. 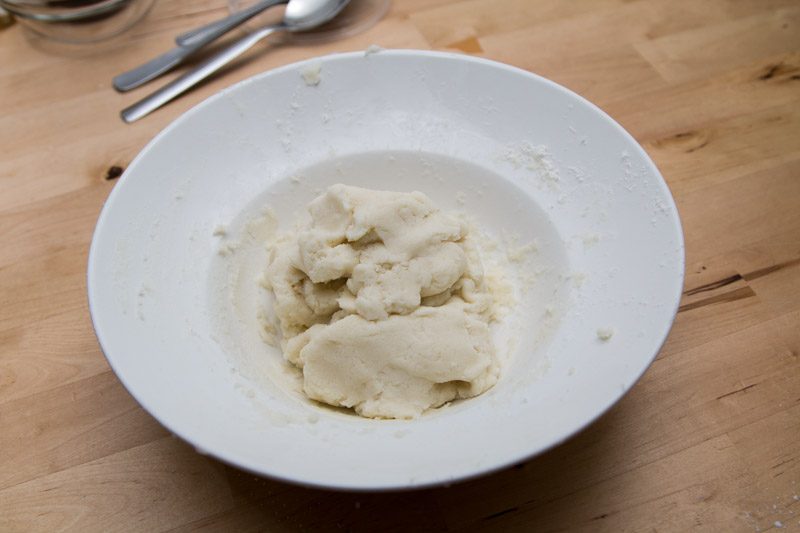 Using your hands again, fold in the flour and water until a soft dough is formed. It’s going to be sticky and slightly messy, so use a spoon to help you get all the clumps together. 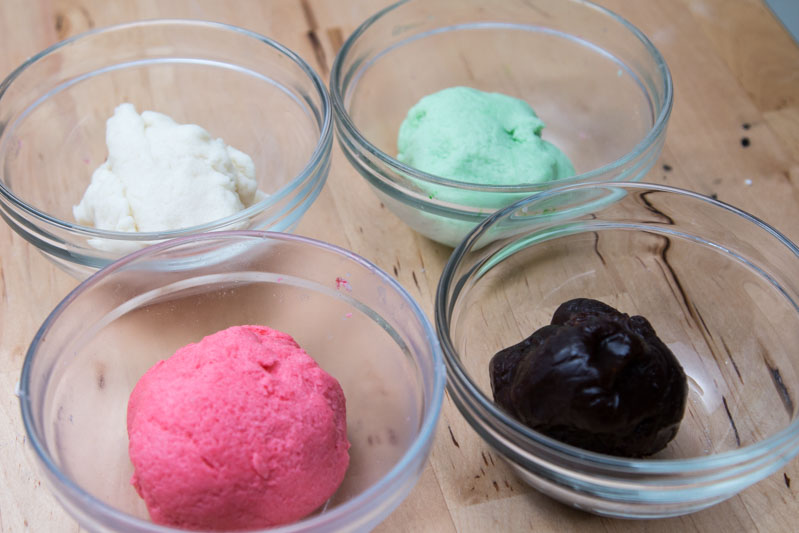 I divided my dough into three parts and placed them into separate bowls — I won’t go into their specific grams as it really depends on which colour you want more out of the whole lot.

The last bowl is used to hold the red bean paste, or any other filling you prefer, they are sold in 500g per packet.

After dividing your dough, add 1 drop of food colouring of your choice into it, then fold in well until all the colour is blended in.

Tip: If you’re afraid of over dyeing, dip a toothpick into the colouring and apply it unto the dough, repeat until you have perfected the shade. 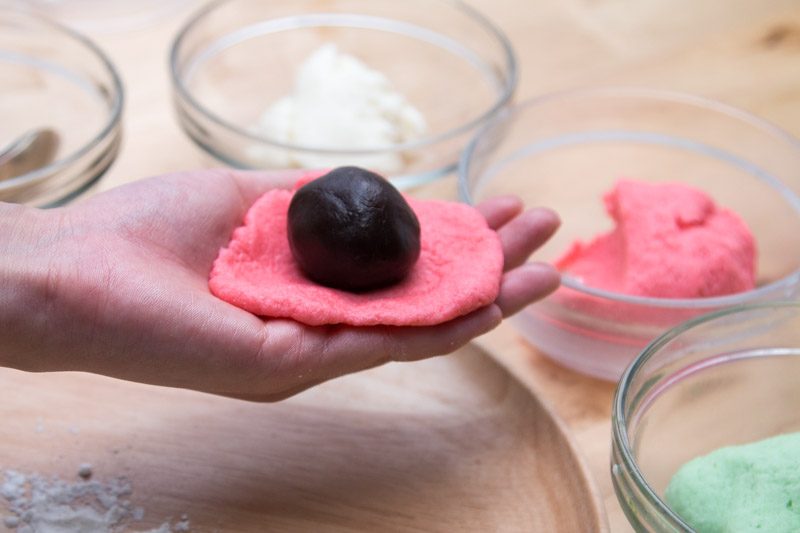 Divide dough again into separate pieces, weighing 15g each — to simplify that, it amounts to be about one tablespoon each.

Sprinkle some premix flour onto you hands and dough, then flatten it into a small rounded discs. Don’t flatten it too much as you’ll still want the snowskin taste to come through later.

Scoop up one tablespoon of red bean paste or whichever filling you want, roll it into a ball, place it in the middle of the flatten dough, then wrap the edges up into a mini sphere. 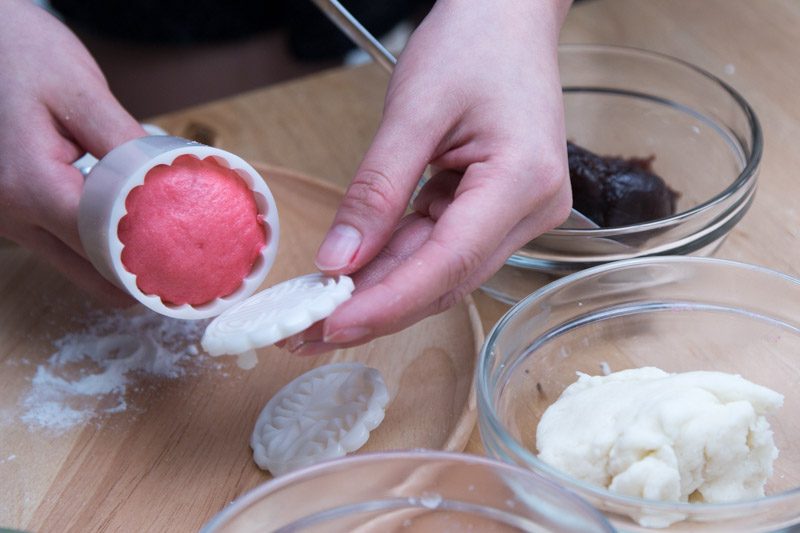 You could use the traditional wooden mooncake mold, which also comes in plastic forms now. I’m using the mechanical ones, to make my life easier.

Dust the inside of the mooncake mould with premix flour so that the dough won’t stick onto it, insert the dough ball, press firmly then invert to release the mooncake. Repeat until you’re done with all the dough. To up your mooncake making game, mix the coloured doughs to form a rainbow mooncake. It’ll be sure to impress both young and old alike! Pop these mooncakes into a container and keep them chilled in a fridge, they will remain fresh for about a week. But I don’t think it’ll hold up that long, because they will be in your tummy in no time.

Previous article12 Best Cafes to Visit in Seminyak, Bali Totally Worth Searching For
Next article21 Lunch Sets In The CBD Below $15 For The Budget Singaporean