Exclusive Preview of Nobu Singapore: Fusion Japanese Peruvian fare & the privilege of saying you were there

On a world tour once, I casually walked into a hotel restaurant and asked for a table for that evening. It was a Nobu and they kindly informed me that they would love the pleasure of my company… some 4 months later that year. Quite a welcome change today, then, to be able to preview Nobu Singapore a day before its 1 June 2022 official opening. That Nobu is a high-end restaurant is beyond question but its real appeal lies in the way that the name has become part of popular culture. There are the 13 Nobu-branded premium hotels worldwide (20 by year’s end), collaborations with haute couture brands like Versace, and immortalisation in Drake song lyrics.

Pair that with excellent service, a vibrant social scene, and a fascinating union of Japanese and Peruvian fare and you begin to get a real sense of the Nobu vibe. It’s that last factor of drawing from diverse culinary traditions that is the brand’s hallmark. Doing justice to that intrinsic character is Hideki Maeda, the former Head Chef at Nobu London who now helms the Singapore edition. He has been part of the Nobu family for over 2 decades and honed his culinary prowess under the legend, Nobu Matsuhisa himself. We walked across the sculpted garden into the restaurant proper.

Our dining experience began with the Classic section of the Cold Dishes. Nobu’s Signature Yellowtail Jalapeno (S$39) was a visual treat— 6 thin slices of pale fish, each with a bright green slice of jalapeno, contrasted against a shallow orange bed of yuzu and soy sauce. The ingredients made for a range of flavours in each bite and while the jalapeno was blissfully mild, the saltiness of the fish over-dominated. My first taste of Peruvian cuisine was with Whitefish Tiradito (S$39) and what an introduction it was! It is easy to mistake tiradito for sashimi at a glance but I have never had sashimi this fresh. You are supposed to eat each mouthful with a bit of the coriander garnishing the centre.

The pieces of raw fish disintegrated deliciously with almost no effort and the rocoto peppers are an ingenious touch. If the yuzu dressing had been less intense, I would have enjoyed it more. 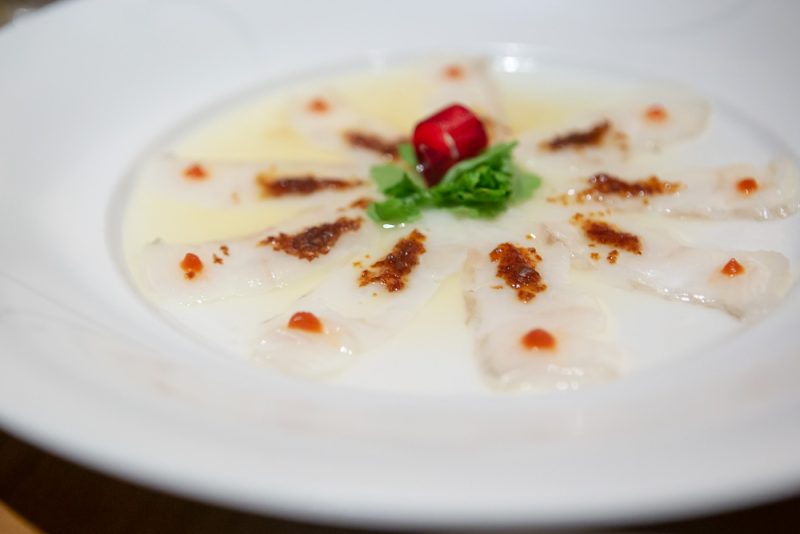 Onto the Classic section of the Hot Dishes we went, beginning with another Nobu Signature, the Black Cod Miso (S$68). Pickled Japanese ginger stem and pickled apricot accompany the roasted Alaskan black cod coated in a sweet miso sauce. Together, they are just heavenly.

Chef Hideki has orchestrated a miracle with the preparation— my cod was at exactly the ideal temperature and cooked so well that its softness succumbed eagerly to the tines of my fork. This dish was the highlight of my Nobu experience. My steak of Beef Toban Yaki (120g) (S$56) was served medium rare. While I stick to the ‘safe’ medium well, Nobu has convinced me to experience it their way. The meat was as tender as I assume clouds are and the sauce of sake, soy and yuzu was a divine addition. I am convinced the sprig of asparagus is from their own garden— you can taste the freshness. We chose the Scallop (S$34) from the Kushiyaki (grilled skewers) menu. Each plate comes with 2 skewers and we opted for Anticucho instead of the Teriyaki sauce. The Peruvian sauce was interesting in the best sense of the word and I am eager to experience it paired with other meat dishes. Nobu’s House Special (S$32) sushi maki is a trifold marine adventure of whitefish, tuna and crab meat with avocado and spring onion. It is wrapped in seaweed and then again with a wafer-thin layer of Japanese radish. Perhaps because sushi is virtually synonymous with Japanese cuisine and this was Nobu, I felt that it fell quite a distance short of our expectations— we had anticipated a more elevated final product. Fortunately, the sashimi came to the rescue. We had the Chu Toro (S$28) and Golden Eye Snapper (S$18) and both were a valid redemption. We ended with the Chocolate Fondant Lava Cake with Matcha Ice Cream which came in a cute bento box. I generously let Seth take the ice-cream (I don’t like matcha) and savoured every last bit of the thick, rich, fudgy chocolate bits myself. This dessert was exquisite! Accompanying every dish was Hokusetsu sake, which is brewed exclusively for Nobu. Seth enjoyed the Junmai “Sado No Shu” (S$21 to S$38) most. 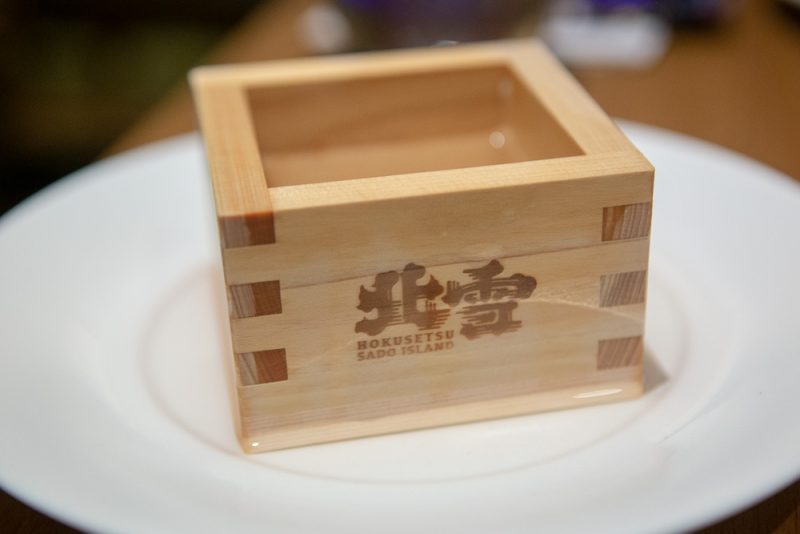 Nobu’s arrival has set many a Singaporean foodie’s heart aflutter. Just as our national palate is the epitome of diverse influences, Nobu speaks to many tastes. Whether you come for the allure of its food, to whet your appetite for luxurious decadence, or are drawn by its Hollywood ties (Robert DeNiro is a part-owner), Nobu is the hip place to be. 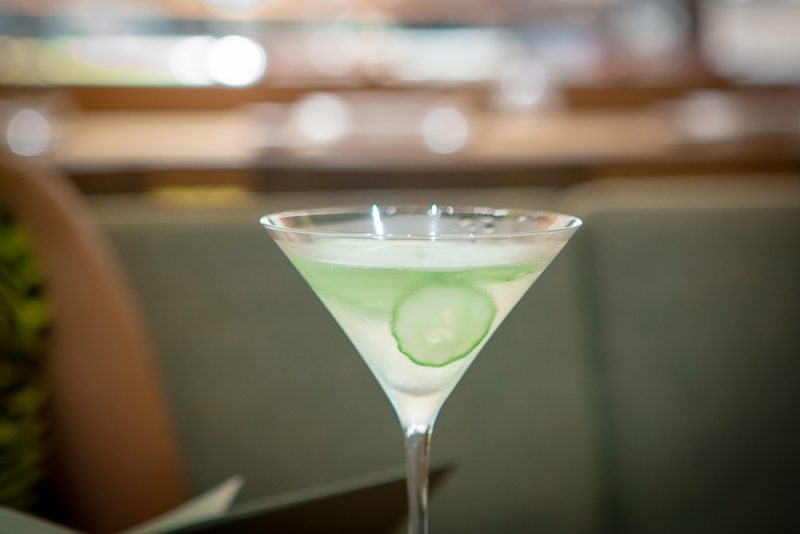 That said, the price factor works against it. You’ll enjoy dinner out with friends here for the buzz and electric vibe, to see and be seen. Visit also for a taste of Peruvian food, which I think is unfairly underrepresented in Singapore. For an intimate Japanese dinner, though, Nobu Singapore has serious competition.