Sometimes late at night, amid a hunger pang and washed with latent feelings of laziness, like all of you, I instantly reach for a convenient bowl of Nissin Cup Noodles. Ten minutes later, I’m enjoying a piping hot, flavour-packed, MSG-laden bowl of Tom Yam noodles with bits of eggs and vegetable bits floating in the broth.

It’s the stuff of dreams if I were to be candid, but I also know that certain camps avoid such manifestations of flavour profiles like a plague. Their reason? Monosodium Glutamate or more commonly known as MSG, joining the ranks of other three-letter abbreviations that scare Singaporeans silly—ERP, GST, COE.

The three-letter initialism has long been a topic of interest in the culinary world. And who doesn’t like flavour, or so I wrongly assume. Yet, there are people and restaurants who wear the MSG-free moniker like a badge of honour, as if their avoidance is something to be proud.

Before diving into the intricacies of MSG in today’s world, it would be prudent first to examine its origin. Contrary to the image of plastic, sealed packs of mysterious white powder on supermarket shelves, there is an intriguing humility to its controversial beginning. For that, we go back to 1908. Enter professor Kikunae Ikeda, a chemist who sought to replicate the flavour of his wife’s kombu soup.

In his quest of replication, he successfully isolated the amino acid known as glutamate, which he found to be the component responsible for the umami aspect of taste we know and love today. To stabilise the compound, he mixed the glutamic acid with water and salt, and voila, monosodium glutamate was born.

A year later, Ikeda’s creation became mass-produced. Patented by Japanese biotech giant Ajinomoto, MSG hit consumer shelves in 1909. Today, industrialisation and globalisation have led to more companies adopting monosodium glutamate in their products. Potato chips, canned soups, instant noodles, these are to name but a few. Don’t take it from me; it’s all there on the packet.

How then did these three letters, fuelled by a seemingly wholesome backstory, gain the nasty notoriety it has today?

Fear mongering and a $10 wager MSG’s boycott didn’t just come out of the blue. Helping the notion along were a slew of scientific journals and studies, each pointing to a common enemy.

One of the most notable came by way of the New England Journal of Medicine, in a 1968 letter by Dr Ho Man Kwok to the Editor. In his letter, he attributes a range of symptoms stemming from his patronage at several Chinese restaurants in the United States of America—palpitations, body aches, and bodily fatigue.

These eventually became known as the Chinese Restaurant Syndrome.

Heavy-handed usage of salt, Chinese wine, and of course, MSG, was to blame for these symptoms, according to the claims made in Dr Ho’s letter. It’s an important milestone in its turbulent history, inspiring several other studies aimed at uncovering the truth behind the dubious ingredient.

The letter by Dr Ho Man Kwok has since been debunked by the real author, Dr. Howard Steel. He admitted that the letter he sent was a wager between him and a colleague, Bill Hanson who bet Steel $10 that an orthopaedic surgeon such as himself would never be published in a prestigious journal such as the NEJM.

MSG is put to the test

The flurry of interest surrounding MSG lead to studies examining possible allergic reactions to the additive in a string of double-blind placebo-controlled investigations. The conclusion was only made more final—there were no harmful consequences in MSG’s consumption.

In one 1970 research study, reactions to large amounts of glutamate fed to adult humans and gerbils were studied. Dosages of up to 147 grams a day were tested—nearly 200 times higher than average consumption levels. Yet, no adverse health effects were recorded, nor any neurological changes in both groups.

The bubbling pot of racial bias Yet, glutamate-induced fears continued to prevail—a psychological crutch if you may. Consumers erroneously believe themselves to be severely allergic simply because they experience these widely publicised side effects. Side effects that have been proven to have no correlation to the consumption of MSG in any shape or form.

However, sculpting the culinary antagonist takes more than just simple scare tactics. Working in the shadows was a bubbling pot of racial bias, all left to fester till the next best reason for discrimination revealed itself. In this case, cuisines of Asian origins—notably Chinese food— were quickly made out to be unclean, unsafe, and eventually, unacceptable.

With a population so on edge about what we put in our bodies, perhaps the contemplation of fact or fallacy plays second fiddle to convenient finger-pointing. It’s the classic blame game, especially when shunning certain foods remains far easier than risking the body to prove a point.

The monetisation of food wellness Growing public consensus of the ‘Chinese restaurant syndrome’ would come to take its toll on the F&B industry extending its long tentacles well into year 2021. In a classic chicken and egg situation, consumers turning away from MSG consumption naturally meant that businesses likewise shifted to MSG-free production.

This resulted in a homogenous landscape of establishments proudly putting forth claims of MSG-less cooking techniques and dishes, all in the spirit of ‘progress’.

And who’s to blame them? Faced with a world where the customer is always right even when they are wrong, there’s little else that dictates the choices made within restaurant kitchens.

There’s the perverse motivation of money as well. In a bid to appeal to a demographic of health-obsessed individuals, avoiding the perennial flavour enhancer became the only viable option.

At its heart, it’s merely textbook fear-based marketing. Similar to unfounded claims of alkaline water, businesses rapidly cling to pronouncements and packaging labels of ‘no MSG’, which only serves to further demonise portrayals of the controversial substance.

MSG is everywhere & in everything 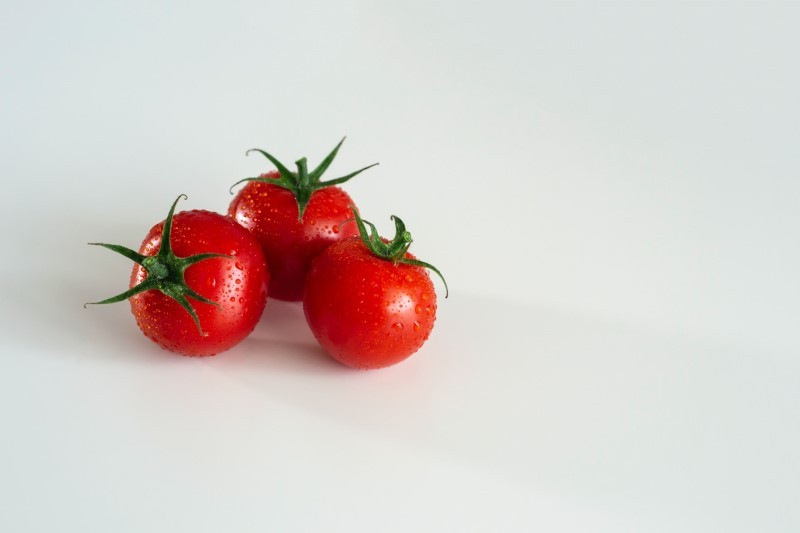 By now, it’s evident that I’m of the MSG-friendly faculty. I could go on to wax lyrical about all the wonders it does for your food, but that would never convince the cynics who are much too preoccupied with the job of demonising to enjoy the full-fledged flavour of MSG. Especially when MSG is everywhere you look and in everything we eat.

Tomatoes are a prime example; all decked out in their bright acidity that whets the appetite. Parmesan cheese is yet another ingredient that contains naturally occurring MSG, and many other cheese variations for that matter. It’s no surprise then that pizza remains one of the world’s most beloved foods.

That’s not to say that MSG is not detrimental to the health of humans. More accurately, it is detrimental only to some consumers; the way a portion of the community cannot consume dairy, gluten, or excessive salt. The key is, expectedly, moderation.

As we all know, there can be too much of a good thing. But that’s not the argument here. It boils down to the question: Is there a place for MSG in the kitchen? I say, yes. However, if you are on the fence, burdened by ignorant chimings of the lesser-informed few, I hope this article does nudge you toward giving it a shot.

If there’s one final takeaway, I’d say don’t be too quick to climb onto the bandwagons of purists, fuelled by a history of medical hoaxes and claims tainted by societal bias. So the next time someone tells you that the bag of potato chips in your hand is cancer-inducing, calm down, inhale, exhale, and take it all with a pinch of MSG.