Cray for clay? Then you’re probably already a fan of Chinese claypot cuisine.

Food served in claypot is always piping-hot, and it has a slightly charred taste we all love. Without exception is this hawker stall that cooks up a storm from the heart of Geylang. 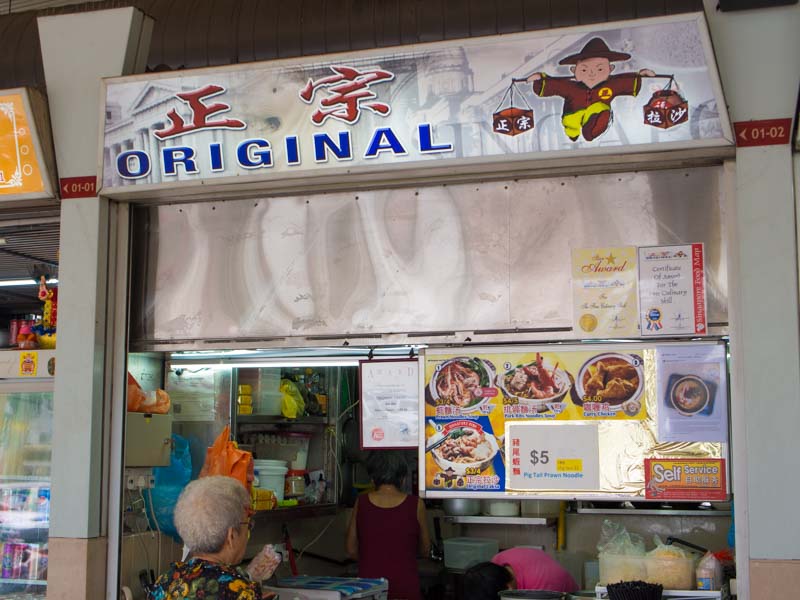 The Original (正宗) stall at Geylang East Centre Market & Food Corner whips up local favourites and serves all of them in claypots. Cheers to forever-hot food! 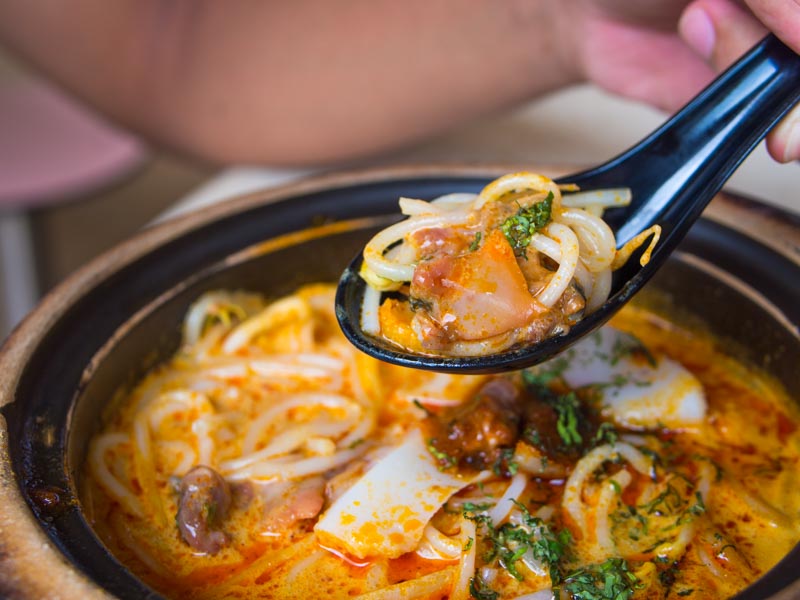 Their signature dish is the Original Laksa ($3 for small, $4 for big), which looked almost too good to eat. It comes with cockles, bean sprouts, and slices of fishcake. I took a sip of the soup and liked how it wasn’t too spicy. I tend to prefer a milder spice. 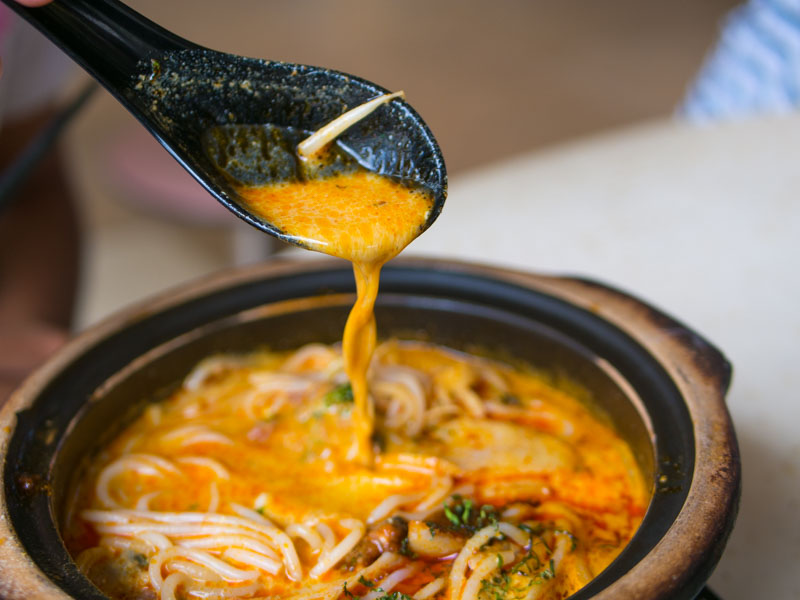 However, I felt that the laksa was lacking the taste of coconut milk. It could’ve really used a little bit more of that sweetness to enhance the taste, especially since it was milder on the spiciness. But I guess this is for the better, as I realised that a lot of the stall’s customers are seniors. As such, the reduced amount of coconut milk makes the dish a healthier option. The cockles were fresh and the noodles were a reasonable portion, especially for that price point. Despite the slightly underwhelming flavour of the broth, this laksa was still a decently rich dish. This bowl of laksa gives you a traditional taste and feel, which is probably why customers keep going back for more. 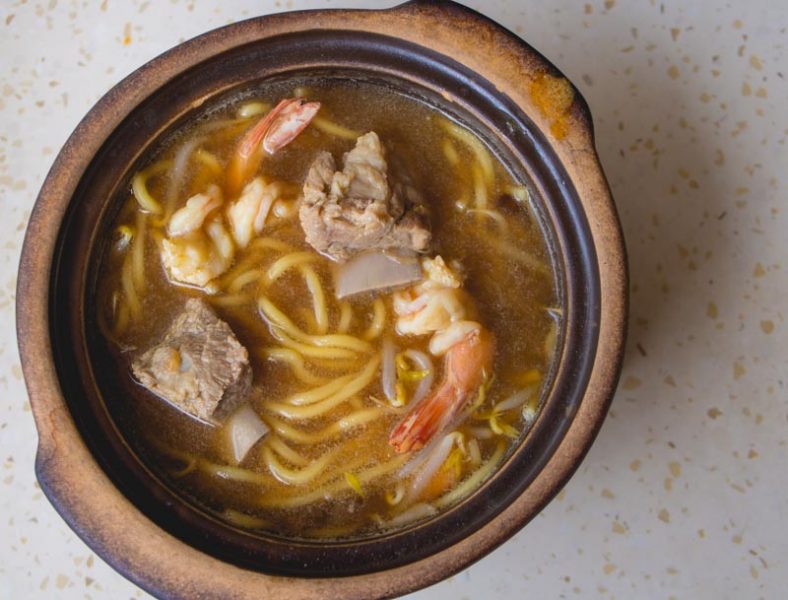 Besides the laksa, I also got the Prawn Noodles Soup ($3 for small, $4 for big) and the Pork Ribs Noodles Soup ($4 for small, $5 for big). These two dishes are very similar, with the latter basically being the former but with pork ribs added in. But what a wonderful addition indeed. The pork ribs were tender and easy to bite, preventing those small and annoying pieces from being stuck in my teeth. The noodles were of a generous portion as well. The broth was undeniably tasty too; it had just the right level of saltiness with a robust taste of the pork. It had a homely flavour and felt like something my grandmother would cook — simple, yet delicious. The prawns were pretty sizeable and peeled, so you don’t have to worry about making a mess on the table. For the Prawn Noodles Soup, thinly sliced pieces of pork were used instead of pork ribs. 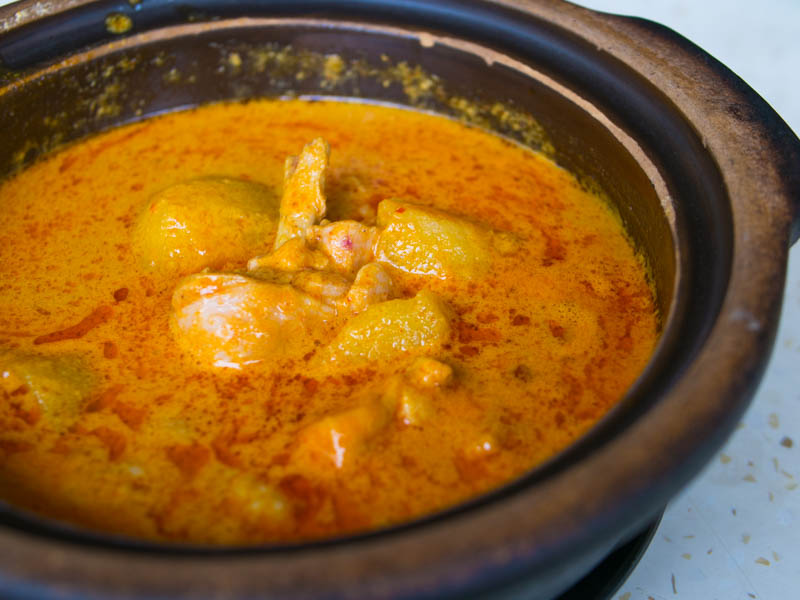 Lastly, I had a taste of the Curry Chicken ($4), also served in claypot. It wasn’t something that would leave you in awe, but it was definitely still a savoury dish.

The flavour was strong and the gravy was rich, so I’d recommend getting a bowl of white rice ($0.50) and drizzle the gravy all over it to get a yummy bowl of curry rice. There were three chunky pieces of chicken, served alongside large bits of boiled potatoes. This was a perfectly uniform dish; nothing was especially outstanding, but the ingredients paired well with one another.

Clearly, Original is a stall that promises to deliver an old-school taste at low prices to their loyal stream of customers. It may not be a stall that commands the attention of the whole nation, but the food they serve is still a delight to consume.

Maybe you can reminisce about the good old times while enjoying the traditional taste. But fret not; your food won’t turn cold while you’re in a daze, all thanks to this claypot style of cooking.

Previous articleLowercase: Grab Food, Chill & Study For As Long As You Want At This Cafe In Lasalle College
Next articleThe World’s Most Expensive Coffee Beans Coming To Singapore On 6 November