Matcha ramen, fried chicken and waffles, and wasabi chocolate — if you think these combinations of sweet and savoury are weird, Chef Shen Tan, a virtuoso of mod-sin cuisine takes it to the next level. 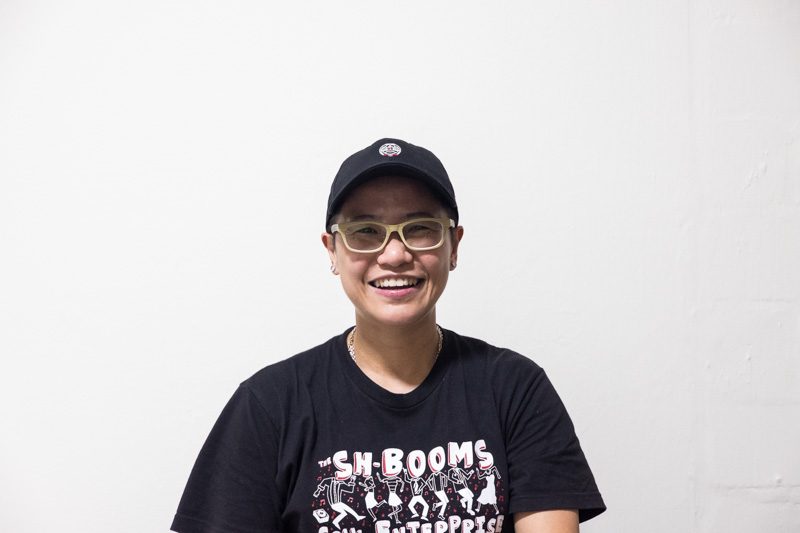 Famed for her Nasi Lemak at Revolution Coffee and her first restaurant Wok & Barrel, Chef Shen now offers private dining events that you can book for a gastronomic experience like no other – and she’s cheekily named it Ownself Make Chef. Who would’ve thought that this three-room HDB flat in Commonwealth plays host to some seriously avant-garde yet delicious creations?

Ownself Make Chef is about Chef Shen’s journey as a self-taught chef and her culinary explorations, and I was very excited. 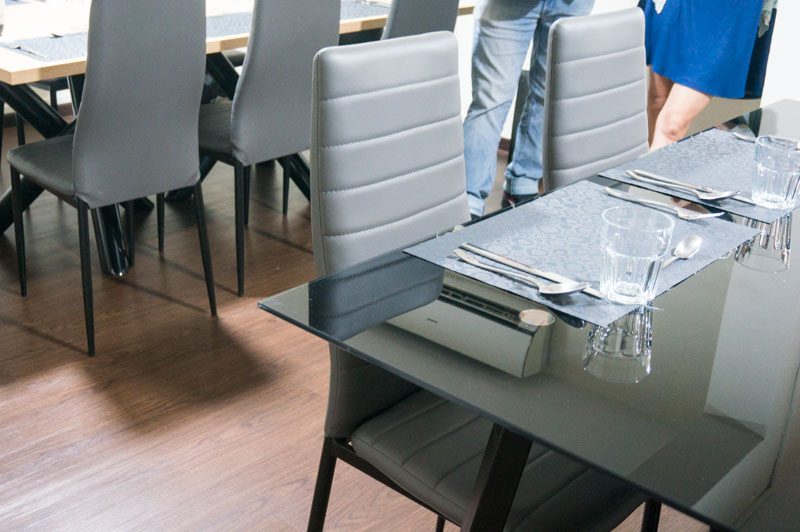 I was warmly welcomed by Chef Shen in casual wear at her door, and walked in to find a cosy and minimalist dining area that could seat up to 12 people; several guests were relaxing nearby, engaged in conversation over lively music while holding a glass of their BYOB (Bring Your Own Beverage) choice. 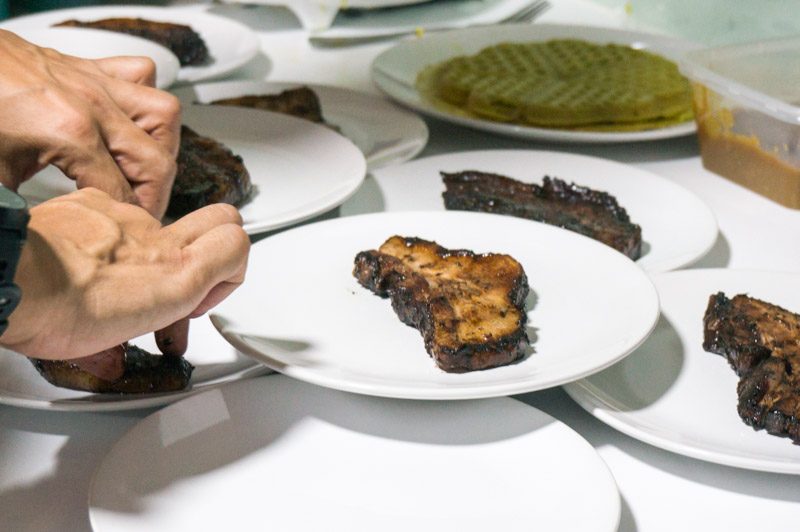 We were also free to observe Chef Shen in her own kitchen as she plated the first course of her Don’t Dessert Me Dinner, an eight-course meal comprising four savoury dishes (pork, chicken, beef and seafood) with four matching dessert dishes. 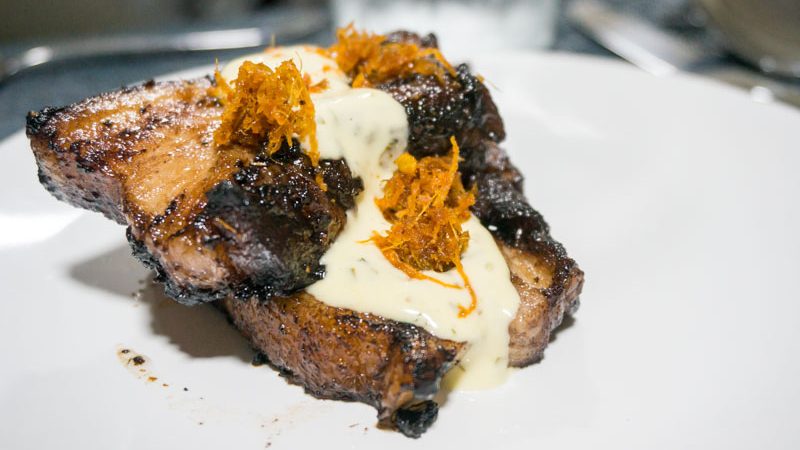 We finally sat down for the first savoury course of pork, and Kurobuta Bacon Steak was served. The charcoal grilled pork belly gave off a brilliant shimmer, with a kaffir lime leaf mayonnaise sauce trickling down the slices.

The zest from the house-made sauce with the brown sugar and the salt-marinated meat balanced the rather fatty dish. The meat was quite tender and juicy, and the combination of flavours was a pleasant surprise to the palate. 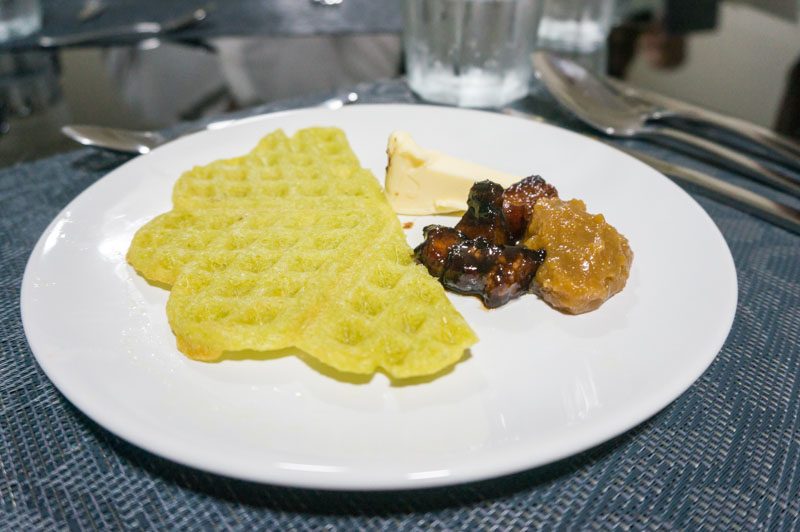 But what I was really waiting for was the Pandan Waffles With House-Made Kaya And Candied Kurobuta Bacon. 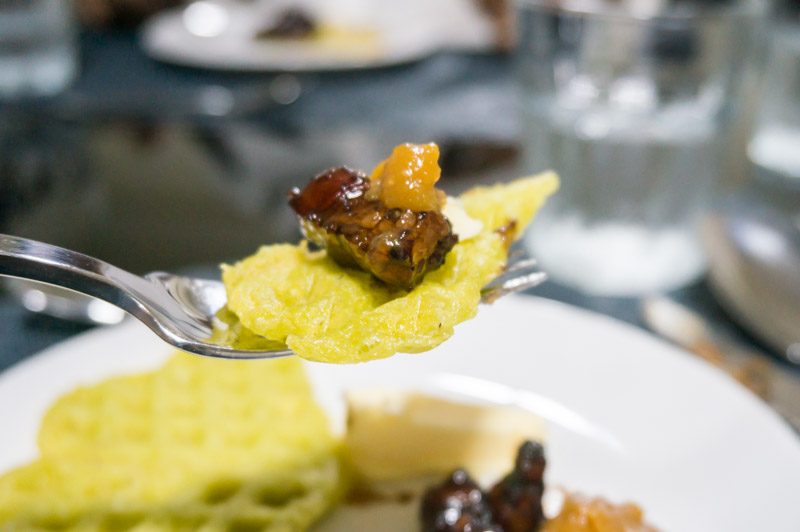 If you like your waffles thin and crispy, this dish will do it for you. The aromatic pandan flavour coated my tongue followed by the sweetness from the caramelised bacon and creamy kaya.

Maybe because the pandan fragrance was so heavenly in the first place, I expected a more pungent flavour. But I was definitely loving the local twist! We then moved on to the chicken course and a massive, whole chicken leg with its claw still intact was served.

The Fried Chicken With Soy Caramel is not only marinated for 48 hours with Chef Shen’s secret blend of spices, but the chicken itself is an Ayam Kampung breed which tends to be leaner. I’m not going to lie, this chicken dish was one of the juiciest I’ve ever had and was my favourite of the eight-course dinner. If only Chef Shen would sell that secret spice mix! If the pandan waffles with bacon was a surprise, the I HEART Chicken was the epitome of pushing boundaries. I tentatively gave the chicken heart a go and found the texture to be tough, and it tasted like — wait for it — bak kwa. The salted egg yolk ice cream was rich and slightly gritty, the flavour further enhanced by salted egg yolk shavings and floss. 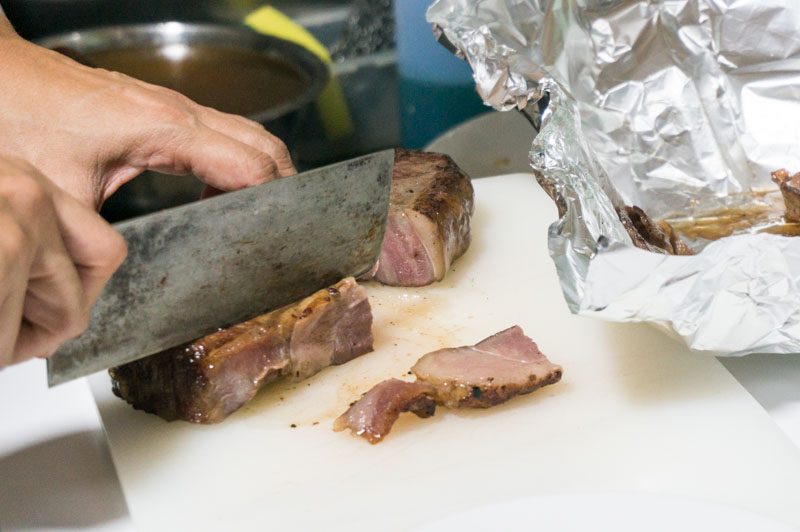 As Chef Shen brought out an aluminium foil package, I instinctively followed the mouth-watering smell. Once unwrapped, a steaming slab of wagyu was revealed in all its premium glory, and Chef Shen cut into the meat like butter. 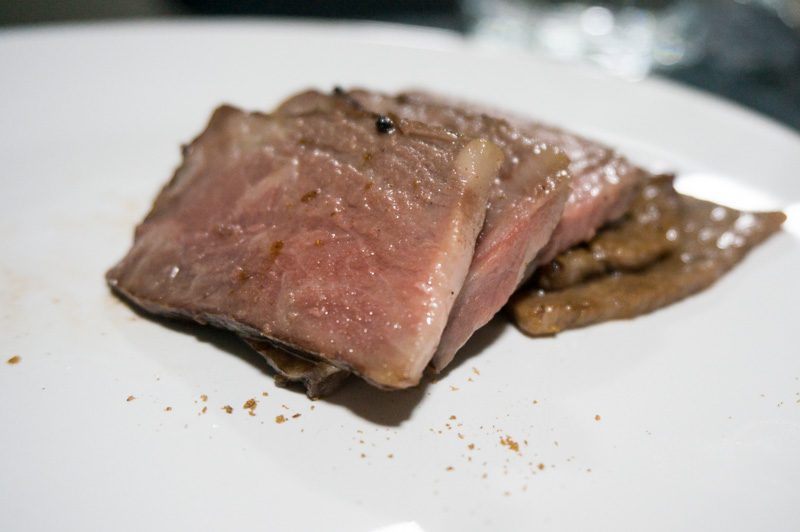 Only seasoned with a garam masala spice mix and pink Himalayan salt, the Charcoal Grilled A4 Wagyu shone all on its own and needless to say, the pieces melted on my tongue (and I really mean that literally). Like all of her creations that night, I wondered where the beef would be included in the Dark Valrhona Chocolate Tart With Garam Masala, Gula Melaka Ice Cream.

It was revealed that Chef Shen used beef fat in the pastry, which circumscribed the thick chocolate lava from overflowing. While the dessert was rich, I thought the tart was quite average and much preferred the ice cream. 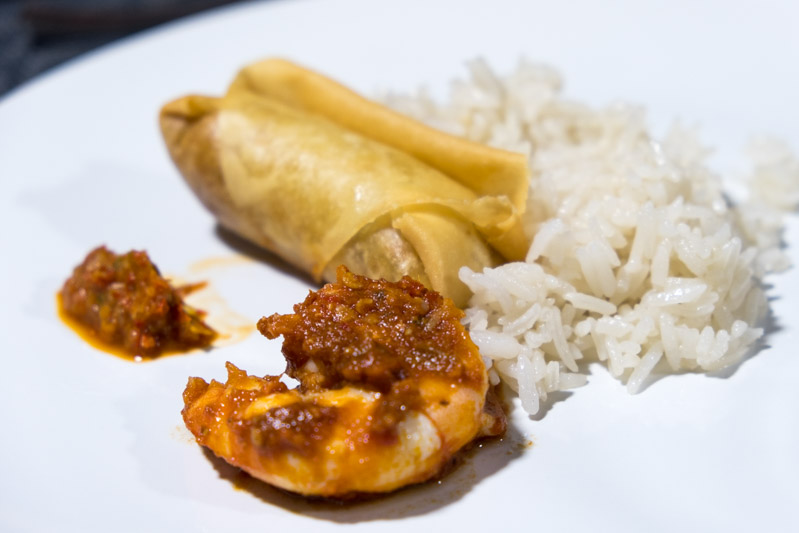 I couldn’t miss Chef Shen’s Nasi Lemak With Deep Fried Crab Fritters And Udang Pedas Manis. The coconut aroma from the steaming, fluffy rice was sublime and stirred my excitement even more.

I scooped some of the sauce onto a spoonful of rice — the coconut rice was chewy and the spice slowly burned my tongue with a mix of sour bitterness. The Udang Pedas Manis (spicy and sweet prawn) was crunchy and firm and went well with the spicy and slightly sour sauce. The spring rolls were packed with crab flesh while the fried layer was crispy and flakey. The dish was somewhat lower than my expectations, but it was a great Nasi Lemak nonetheless. 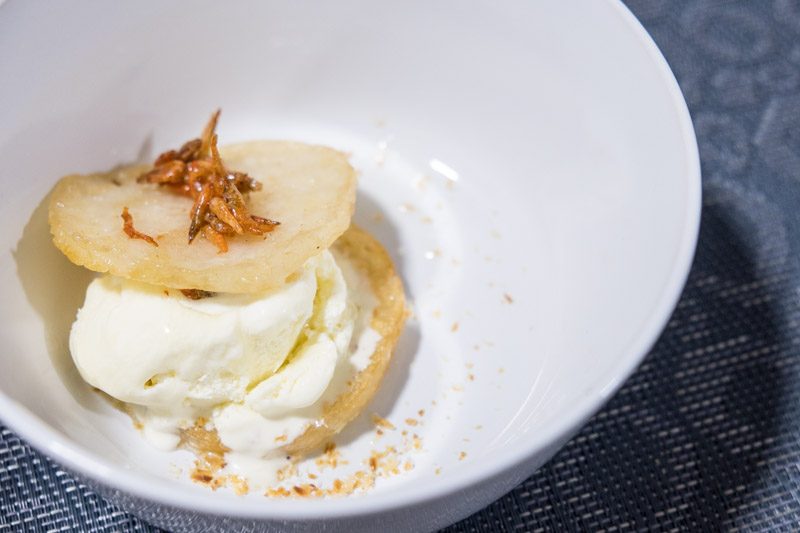 Just when I thought that Chef Shen was done with surprises, the last dish made of Coconut Ice Cream With Pan Fried Rice Carrot Cake did it for me again.

Candied sakura prawns in a dessert, say what? Along with a dollop of ice cream, I had the prawns with the spongy carrot cake simultaneously and found myself actually appreciating the saltiness to balance out the coconut.

So how does Chef Shen come up with these exotic ideas? On her regular runs from her house to Suntec and then to the Tekong market, her mind does cartwheels to distract her from the gruelling exercise and ta-dah, a recipe is born.

When asked about re-joining the restaurant scene, she says she has no plans but sees herself continuing the “自己做” private dining experience. Not only does she receive instant feedback from guests, but the flexibility to create crazy food and further exploration of her favourite mod-sin cuisine is what makes her get up every day, excited to get to work.

Besides Chef Shen Tan’s Don’t Dessert Me Dinner, she hosts a variety of other unconventional creations such as What The Duck and Fry Me To The Moon (she has a penchant for puns, like me). Book your spot now!