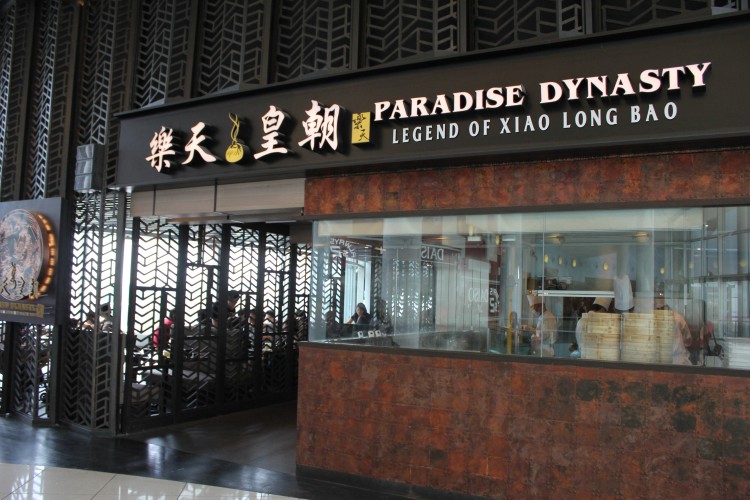 In the heart of the great expanse of Vivocity itself lies the enclave of Paradise Dynasty: Legend of Xiao Long Bao. Its spacious interior begets the regal notion of superiority and class, amidst a modernly Chinese setting. This outlet of Paradise Dynasty is its biggest yet, expanding over more than 10,000 square feet. Paradise Dynasty’s ever-growing empire is testimony of their exquisite cuisine, sending patrons returning back from all around the world for more of such comforting, homely delights. Of course, we had to try their all-famous 8 colour xiao long bao ($14.80) : original, ginseng (green), foie gras (brown), black truffle (black), cheese (yellow), crab roe (orange), garlic (grey) and szechuan (orange). It was surprisingly good, and they weren’t too artificial as expected from the coloring. In fact, they held the essence of each original flavour pretty well, and I was definitely pleasantly surprised.

Starting from the original, then ginseng, and ending at the szechuan flavour, the xiao long baos should be tasted from mildest to heaviest flavour intensity, with ginseng being the lightest of the eight. This was to ensure that the flavours would not clash, and I can say, they actually managed to compliment each other pretty well. My favourite amongst the eight would be the black truffle and cheese, where both baos were pretty tasty but not overpowering. 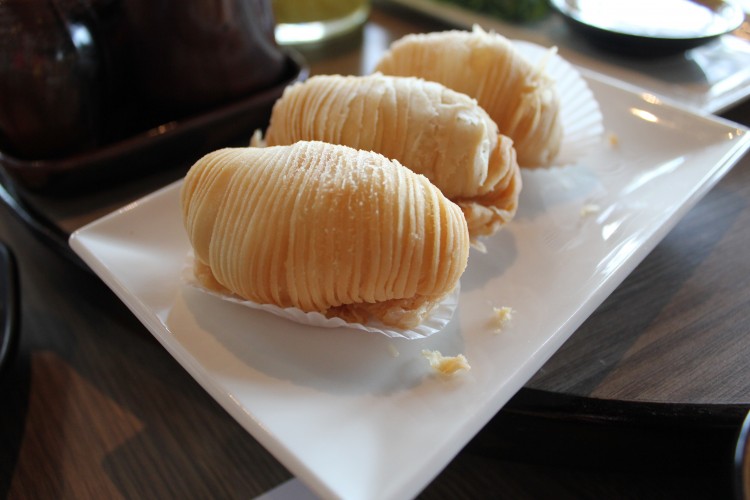 Radish Pastry ($4.50). The light, fluffy and crisp batter swayed me in the direction of favour for this cute little dish here. Wrapped around moist radish filling, it was quite a refined dish, and for just $4.50, definitely worth a try. Lettuce Roll with Homemade Sesame Sauce ($6.80). A classic chinese spin on your usual salad dish, the cabbage rolls proved to be an extremely refreshing dish as itself. Do not scorn its bland looking appearance, for it was actually quite a revitalising palate cleanser. Paired with creamy sesame dressing, it was quite the appetiser. 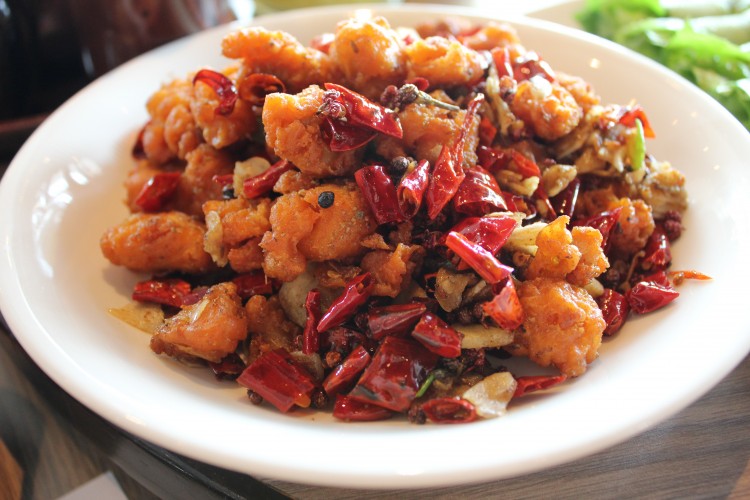 Spicy Szechuan Crispy Chicken ($12). This dish sums up your whole szechuan experience here at Paradise Dynasty. If you’re a fan of spicy, ma la cuisine, the spicy corn peppers would definitely serve to tantalise your tastebuds even further.

Mixed with tender, fried popcorn chicken style chicken pieces, it made a unique dish that was well… invigorating, and punishing on the tongue at times. Chilled Black Fungus in Peppercorn Vinaigrette ($4.80). This was a pretty pleasant but not memorable dish. The black fugus were a tad on the dry side, and was rather soft and wrinkly rather than crunchy, as I would have preferred. 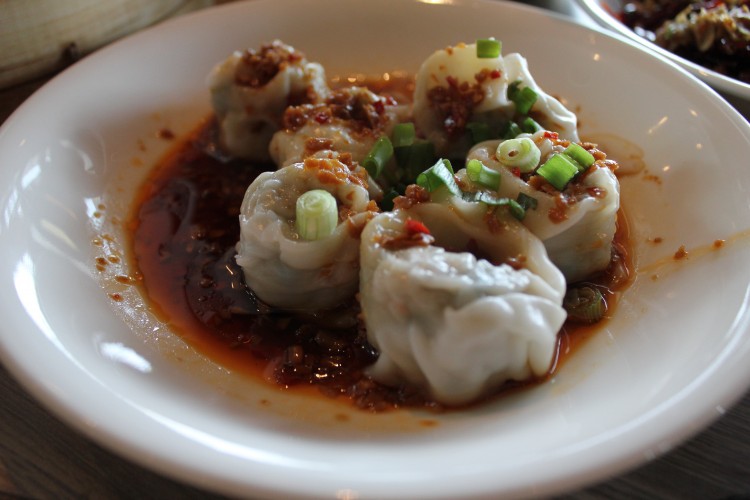 Pork Dumplings with Hot Chilli Vinaigrette ($6.40). Pretty average dumplings, but they were pretty generous with the filling, and the dumplings had a firm bite without being too dry. Together with the chilli paste, it was still bordering on average. But if you’re a dumpling fan, I’m sure you will love this version. 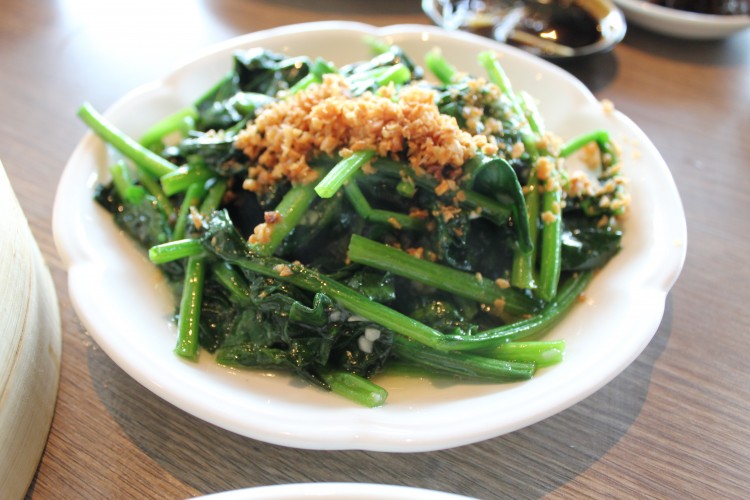 Stir-fried Spinach with Minced Garlic ($10.80). Fried with garlic, this dish is a classic amongst most chinese restaurants islandwide. Paradise Dynasty’s rendition was quite well done, to say the least, and the spinach captured the fragrance of the garlic pretty well without bordering on being bland at all.

My only rant was that the spinach was bordering on being overcooked with its slightly limp texture. 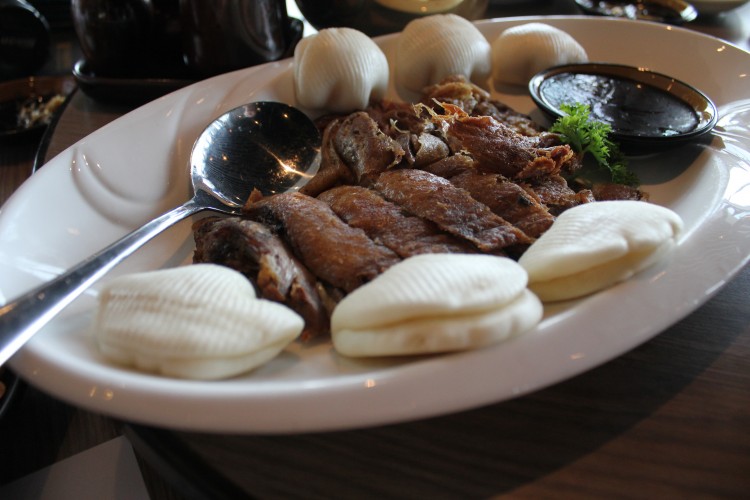 Crispy Braised Duck. Even though a tad on the dry side, this crispy duck dish was still one that sat well with our palates. It was perfectly salted and well-roasted, such that it brought out the strong, robust flavours of the meat.

What made this dish unique was the assortment of little shell shaped buns that you could use to tone down the saltiness of the original duck meat, which added a novelty bonus because of how cute the little buns were. A sort of variation of the famous peking duck dish. Shanghai Fried Rice ($10.80). The aroma of this humble dish came wafting to our noses the minute it was plated on our table. Each grain was plump and whole, and fried with egg and meat. Paradise Dynasty’s fried rice was a simple yet delectable wonder, rivaling the likes of Din Tai Fung’s signature egg fried rice.

Promotional Dishes available till 31st May 2015 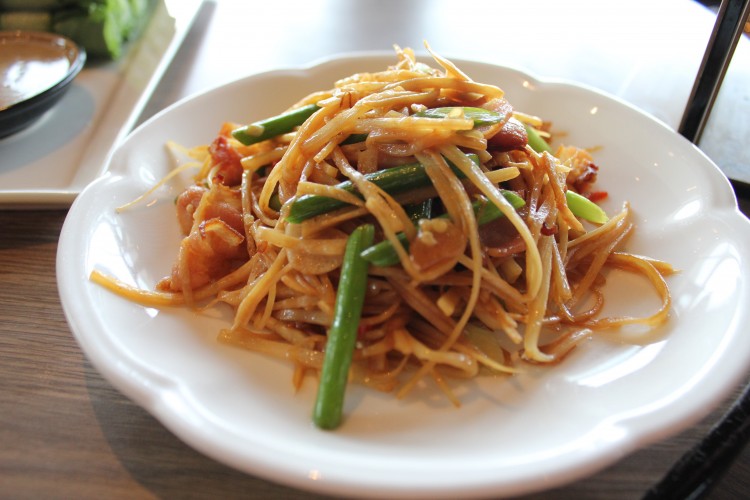 Stir-fried Asparagus, Bamboo Shoots and Bacon 安溪笋炒培根 at $13.80 ($10.80 for OCBC card members or PGR members). Feeling like a fat panda already, I was surprised to find myself enjoying this dish so much. It was refreshing yet tasty, and fried with bacon, brought out a flavourful aroma that was just simply darn good. I mean, its bacon, right? 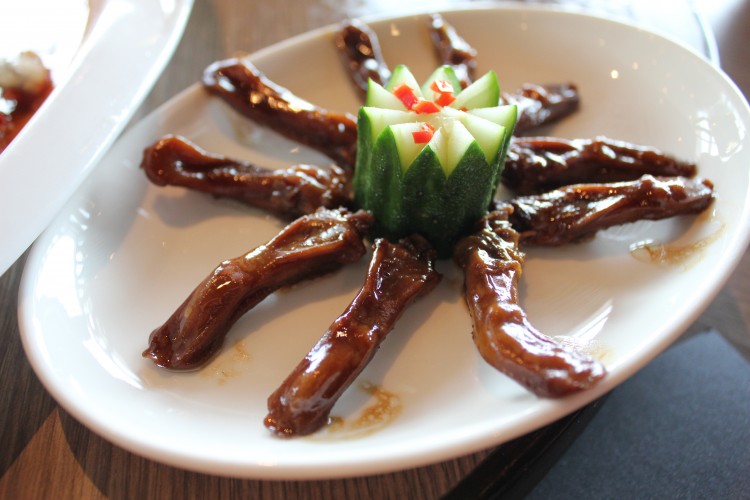 Braised Duck Tongue in Oyster Sauce 蚝油鸭舌 at $9.80 ($7.80 for OCBC card members or PGR members). Not a huge fan of duck tongue, but I can say that this was soft but well marinated. It tasted like a usual cartilage kind of dish, but I wasn’t very used to eating duck tongue, and it came off a little off-putting, with the little tiny bones and all. 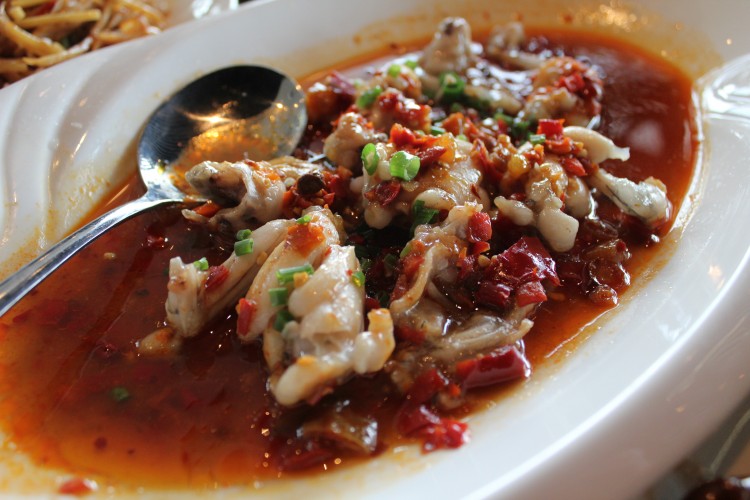 Steamed Bullfrog with Diced Chilli 剁椒蒸牛蛙 at $15.80 ($13.80 for OCBC card members or PGR members). The bullfrog was used in this dish to bring out the tenderness of the meat, and as well as enough bite to leave one satiated. I guess they had achieved their objectives.

It was pretty tasty at least, but the sauce did not seem to integrate well enough with the frog, and they seem to just compliment each other as two separate entities, but not as a dish. maybe it was meant to be that way. But kudos to the team, the frog was tender yet firm, and cooked well. 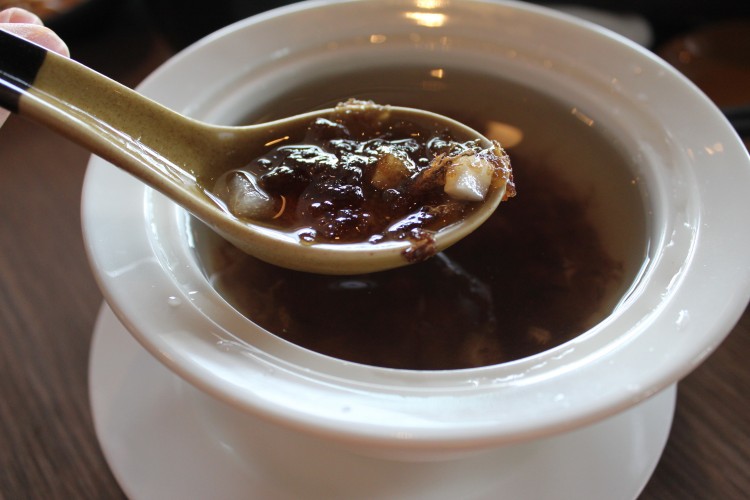 Chilled Malva Nut Tree with Pear Bits 雪梨胖大海 at $4.80 ($3.80 for OCBC card members or PGR members). Tasting like your usual cheng tng, this dessert comes across as mildly calming, as well as refreshingly cold. The pear bits coupled with the cold dessert base will seem to lower the heaviness and heatiness of your fiesta of savoury delights just before, leaving you feeling slightly more calm and composed. 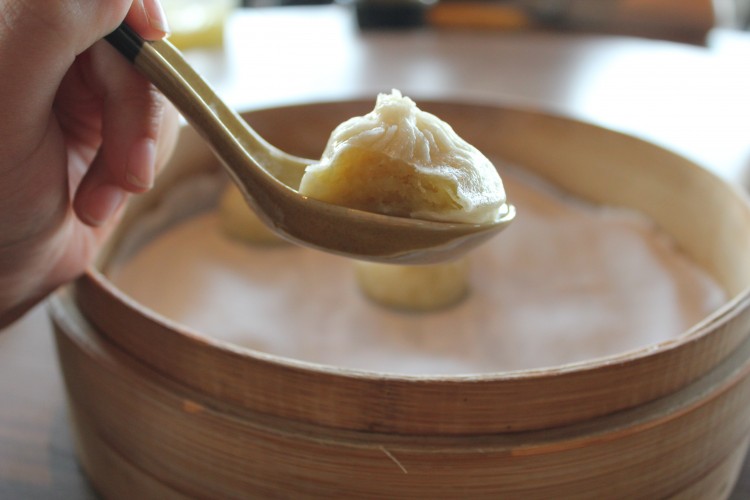 Durian Xiao Long Bao 猫山王小笼包, $10.80 ($8.80 for OCBC card members or PGR members). Another ingenious concoction of the chefs at paradise dynasty, this small delight saw countless days and months of trial and error to perfect the taste to what we have here today.

All I’ve got to say is, its so good, you have got to try it for yourself. Although slightly skeptical in the beginning at how a durian xiao long bao would taste, I was indeed, pleasantly surprised at the intricacy of it all. Technically, it wasn’t actually the usual xiao long bao per say, with no soup base as a filling – perhaps more a dumpling but with the same skin as a xiao long bao.

It gave me the impression of it being more like a kueh, with a piping hot, sweeter durian paste filling inside the exquisite layer of skin. I enjoyed this dish thoroughly, and I would definitely urge you to try it, even if you’re feeling not too adventurous that day

Overall, I feel Paradise Dynasty definitely would draw in the casual crowd, with its affordable yet exquisite cuisine available for the masses. Perhaps thats why they are doing so well today.

I felt that most of their food was really up to standard, and would definitely recommend it for a casual dinner during a family outing, or even for family gatherings. Their spacious interior would definitely be able to provide a good environment for hearty banter and laid-back conversations, and to top it off, it still exudes a certain impeccable regal vibe that gives one a more sophisticated dining experience as per normal.