From Goa, with love. When one thinks of whisky, the usual Scottish bad boys come into picture. Not for much longer though, since we are well aware of the uprising Japanese distilleries such as the Yamazaki, Hibiki and Hakushu.

Why stop there when you can take one step closer to the exotic land of Goa, India; Paul John single malt whisky by John Distilleries India is definitely a whisky to watch out for. 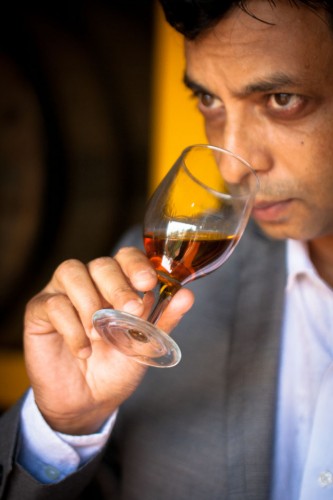 Michael John, the Master Distiller of Paul John Single Malt Whisky, is very passionate and well versed about the whisky making process. He has been in the industry for over 21 years and prides himself in maintaining the old traditional values of the distillery by manning over every aspect of the process himself, producing quality output. Michael explains that each country produces unique whiskies that are customised to their natives’ tastes and preferences, hence, the differing in taste in different regions. Apart from that, there are two other factors that play a huge role in the distillation process and they are water and environment.

Since whisky is the water of life, a literal translation from ‘aqua vitae’, it is obvious enough how vital a role water is. Not forgetting that whisky itself is literally made up of water. Having different water conditions and environment would then play a huge part in deciding the quality and taste of the whisky itself.

For Paul John Single Malt Whisky, it is much younger than the Scottish counterparts but that does not affect its quality. The reason being the environment. During winter, there isn’t much time for the compounds to react together during the reactive phase. With that, it takes longer for the Scottish whiskies to mature with the cold weather conditions there. India, Goa, is known for her hot and humid weather conditions, making it one of the fastest country in distilling a whisky. Hence, the Paul John Single Malt Whisky takes a far shorter time and ranges from 4 to 7 years of age. This is much younger compared to the Scottish whiskies, though it is done without compromising on quality.

The barley used in Paul John Single Malt Whisky is 100% indian barley and this means lesser carbohydrates, more protein as opposed to the Scottish barley. The size of the Indian barley is also much smaller than the Scottish ones and all these factors yields a richer vanilla and caramel smell on the nose.

The Mandovi river, considered the lifeline of Goa, contributes to the tinge of saltiness in Paul John Single Malt Whisky. For the peated Paul John Single Malt whiskies, it isn’t too strong on the nose but it does show through on the palate. Michael sources his peats from 2 different areas from Scotland; Aberdeen and Islay.

The peats from Aberdeen gives a more maritime character while the Islay ones gives a smokier taste to the whiskies. Michael processes the peats and handles them separately, only during blending does he use both whiskies from each peats, giving the perfect balance of smoky saltiness.

Another dedicated care of Michael is the two different state of ageing, one being over ground and the other under. As I’ve mentioned earlier on how environment plays a huge part, the over ground ageing process would render a more salty taste with its high humidity while the under ground ones being more elegant with the lower humidity. Paul John Brilliance is rich and spicy, with a hint of cocoa. It is a non-chill-filtered single malt whisky that isn’t peated. It contains 46% alcohol. This retails at $135 SGD. 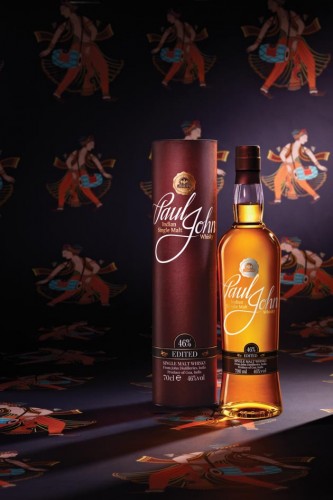 Paul John Edited is a single malt peated whisky that is more complex in flavours. It is richer in smell but lighter on the palate, a slight smoky peated taste. It has a more intense minty cocoa and mocha finish. It also contains 46% alcohol. This retails at $145 SGD. 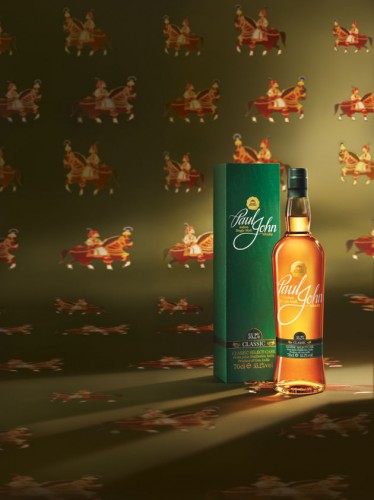 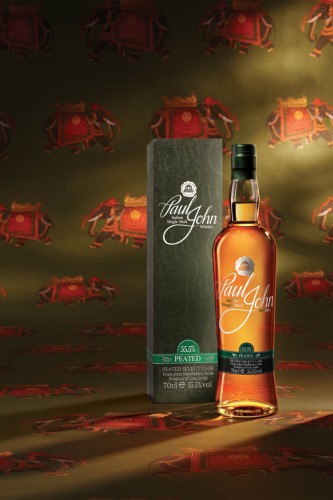 Paul John Peated Select Cask edition is the smokiest and richest of them all. With 55.5% of alcohol content, it is lusciously sweet, much like muscovado and demerera sugars, and yet has a hint of spice from the smokiness. It finishes with a hint of cocoa as well. This goes for $190 SGD.

Asia is more about the saltiness and floral, not too big on peaty ones. Hence, to adhere to the countries’ palate. It is unfair to compare since there is a difference in tastes and preferences, it is more vital to consider the character of the whisky and to what degree do you like the taste for that particular whisky.