14 Pet Peeves I Have About Staying in Hotels 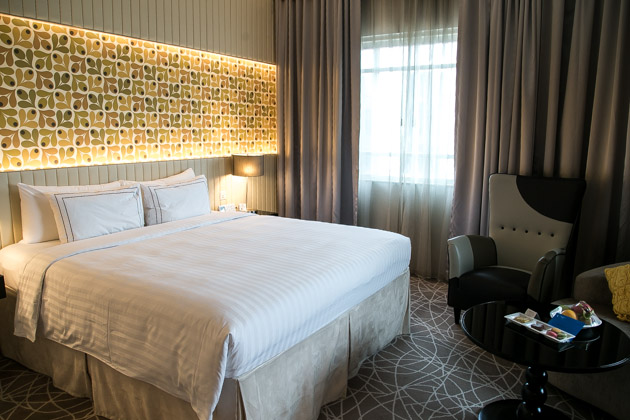 Being a frequent traveler as well as hotel purveyor, I’ve had my fair share of hotel stays around the world. And for the most part, hotel accomodations have been highly enjoyable; however there just some little pet peeves that makes my left eye twitch while my palm involuntarily reaches for my face to make slow contact.

I might be over-generalizing, but these peeves I have about staying in hotels refer to not just the lower end hotels, but I’ve also noticed them lurking around in luxury hotels as well.

If the hotels could just fix these problems, you have my utmost loyalty as a return hotel tester. Here’s some peeves myself as well as many others have experienced.

1. Light switches that are impossible to figure out 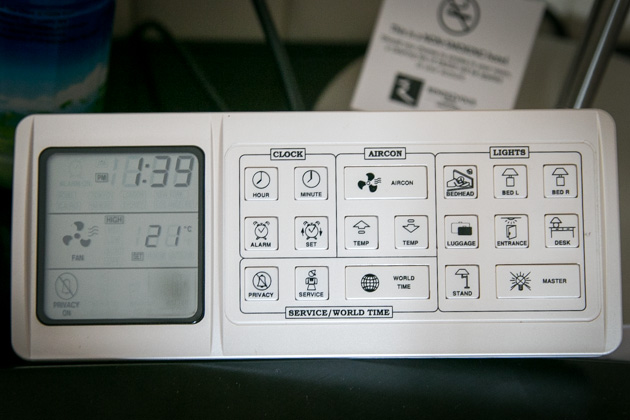 The night stand light just refuses to go off, and sometimes after a hard day you just go: “Screw it, I’ll sleep with the lights on then. It scares the monster under my bed.”

Probably my biggest pet peeve is Wifi that runs slower than my Grandma. Mankind has entered the 21st century, placed men on the moon and created supercomputers that fit in our pockets. 3G and 4G signals are aplenty around the world, and I can stream The Voice from my smartphone.

How is it that we can’t have a stable, consistent Wifi signal in a little boxed room? Frequently, I get hotel Wifi signals slower than slower than a 56k modem. It’s even worst if you had to PAY for said crappy Wifi.

Another bonus Wifi nightmare is when the Wifi Connects only to 1 device. Oh my lordy.

3. Lack of power plugs in the room

These days, everyone carries a handphone. And for myself, I’ll always have my laptop while traveling so that I can work. And sometimes, I’ll need to charge my camera as well, but fine I can always unplug my laptop while charging that. Doing the math, I’d need at least 2 power points for myself, more if I’m bunking with someone else.

To my horror, there was this one hotel room I stay in which had only ONE free point, and it was hidden in some cupboard leading to Narnia under the TV. Provide more points, place them near the study desk and the bedside. Simple.

4. The Shower temperature is either antartica or inferno hell 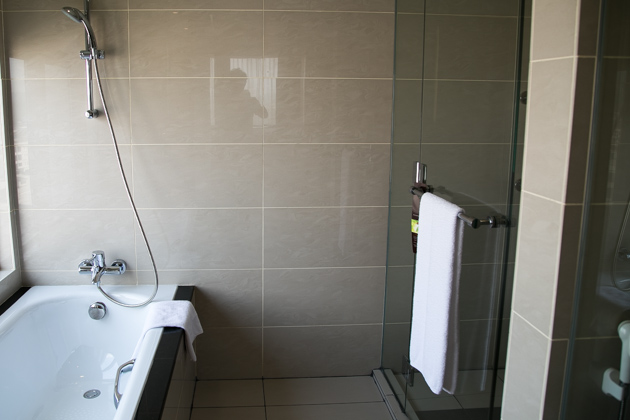 Don’t you just hate it when you slowly try to turn the temperature knob and its freezing, still freezing, then alright, I’ve entered the 8th floor of hell now screaming like a little girl. I’ve had far too many showers with only 2 extreme settings: Antartica or Hell.

Sometimes you just want to chill in bed and watch HBO. Trying to figure out the alien hieroglyphs on the remote control, you twiddle around the buttons, scroll and scroll and finally chance upon a decent action movie. The next thing you know, you’re billed $10 for a Pay-Per-View movie purchase. Wut?

6. Speakers that only connect to an iPhone 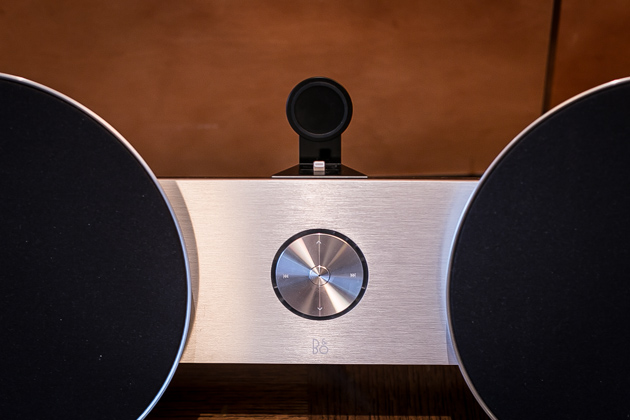 I know iPhones used to be all the rage back then, but these days more and more people are using other brands with a generic audio jack. Installing iPhone-only speakers are a baaaad idea, given how frequent Apple whimsically changes their phone cable designs from a wide charging dock to a lightning dock to a shipping dock, so as to make your old accessories completely redundant.

Let’s welcome music lovers with devices other than an iPhone, shall we? I’d love to play my music in the room too, if you let me have a more inclusive speaker.

I think it’s basic security to have a safe in the room to keep your monies and passport. We’ve seen far too many news reports of guests mysteriously losing their money left in the room and we’re rightly paranoid. If you want us to feel safe, get a safe. Make sure its a working safe too.

8. Shower cubicles without a door

Yes, because I love getting the entire bathroom floor and walls wet. Why would you not add a door? It’s not like I’m rushing anywhere immediately after a shower that I don’t have time to push open the cubicle door. I’d much rather not slip and die in a bathroom as that would make a rather unflattering obituary headline.

9. No hooks or clothing hangs in the bathroom 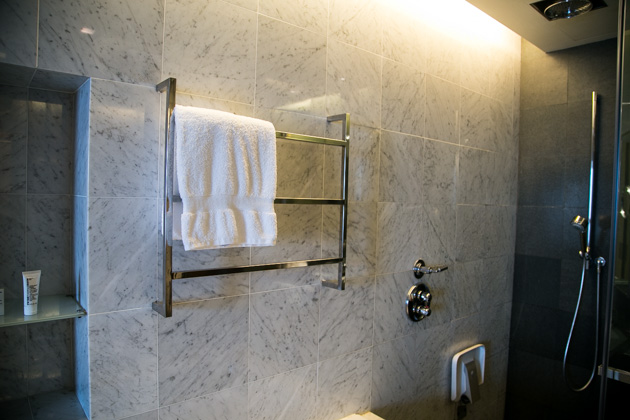 So where exactly do we hang our clothes and towel if there’s no hooks in the bathroom? Yes, we could sling it over the wet cubicle wall or on top of the hygienically dubious toilet bowl, but who would want to do that if one small hook could solve the issue.

10. Case of the missing toothbrush

Ah yes the bathroom whines are aplenty. Most times I’ll find the shower foam, shower cap, razor, a comb, sanitary bag and even a sewing kit, but just no toothbrush. I need to brush my teeth more than I need to comb my hair- let’s get prioritize that instead.

11. Pillows that sink in 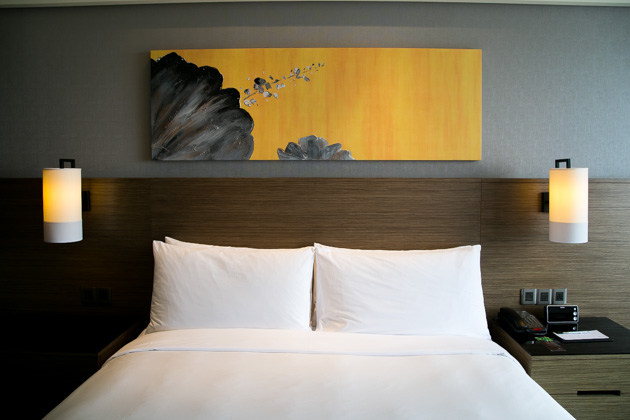 A bad pillow is when you place your tender head on it, and it just sinks deeper than the Titanic. No support at all. What are these pillows stuffed with, toilet paper?

If I wanted to hear my neighbors going at it like wild rabbits screaming enthusiastically ‘who’s your daddy’, I’d have switched on an adult channel. A minimal thickness or at least appropriate sound proofing is all I ask for so I don’t have to listen to audio effects as a captive audience.

Sometimes when you step into a room, you immediately get hit by a stench of stale cigarette smells despite it being a non-smoking room.

Lingering body odour in the linens also lead one to suspect whether your bed was the scene of a previous murder. Not exactly a good night’s sleep one would expect sniffing these interesting aromas. Uh uh, this isn’t what I signed up for.

14. A lack of bedroom slippers Especially in rooms with marble or tiled flooring, the morning after presents a surface colder than my ex’s heart. Fluffy bedrooms slipper are a must to prevent guests from screeching like a little girl, doing a tribal dance, playing ‘the floor is lava’.

Related Guide: Hotel Staycation Ideas in Singapore So Good You Won’t Want To Leave The Country

Previous article10 Awesome Things To Do in Phuket When On Holiday
Next articleJohor Bahru: A Heritage Tour with the Malaysia Tourism Board