Chee cheong fun is one of those classic Chinese dishes that is made up of rice noodle flour for carb-loving Asians, and has evolved to include fillings in them too. This is one of my must-orders at any dim sum place.

I have had many chee cheong fun‘s, and I especially like the Hong Kong-style ones. They are thinner and silky smooth, doused in light soy sauce for a light and savoury taste. This is opposed to the local rendition, which is usually thicker and chewier. They are then doused in sesame oil and sweet sauce, for a heavier and richer flavour. 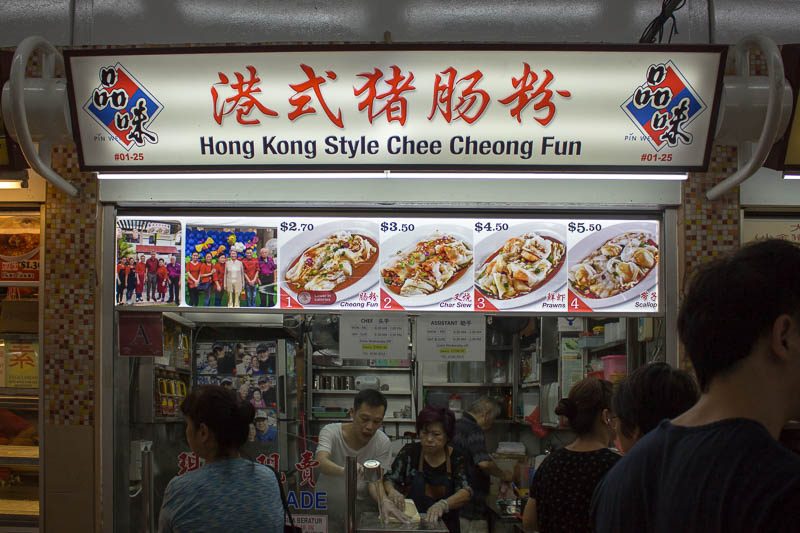 Pin Wei Chee Cheong Fun sells the former kind, to my delight. Located at Pek Kio Market, they aren’t exactly prominent. But when you are there, you can definitely spot their stall based on the snaking queue. 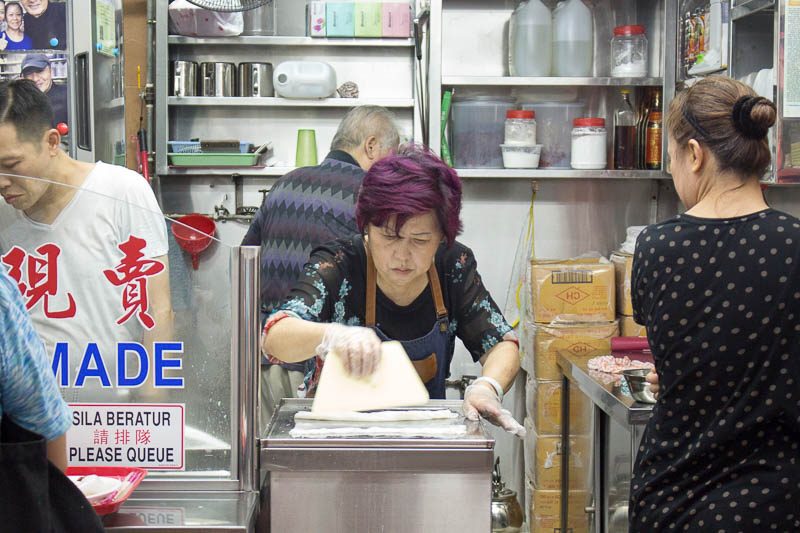 While queuing up, you would be able to watch the owner, Eddy, making the chee cheong fun from scratch. He learnt this skill from his father, who was a hawker as well. They are freshly-made the traditional way. The rice flour mixture is poured onto a cloth, with ingredients added if necessary. Then, they are covered and steamed, before being placed onto an oiled surface. They are then removed from the cloth and chopped up, before being doused in soy sauce and served. 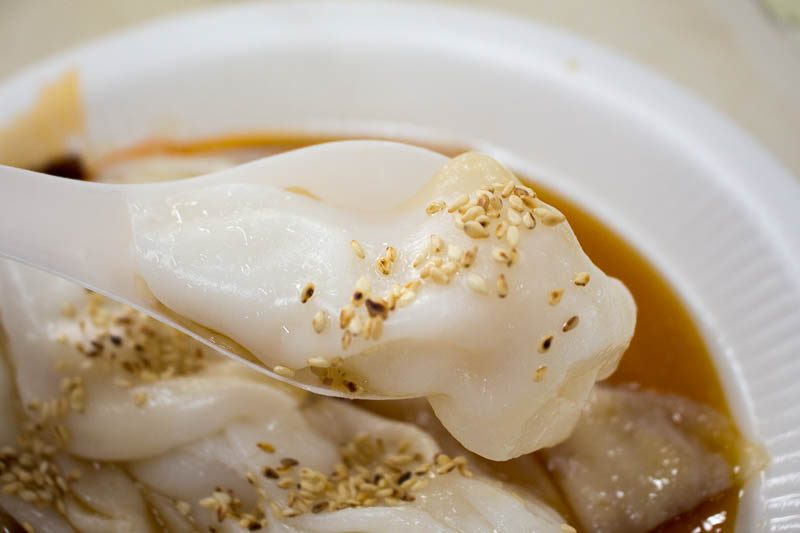 There were four options at Pin Wei Chee Cheong Fun; the plain, char siew, prawn and scallop. Being in the queue for half an hour, I decided to go with the last three to try out all their filling choices. 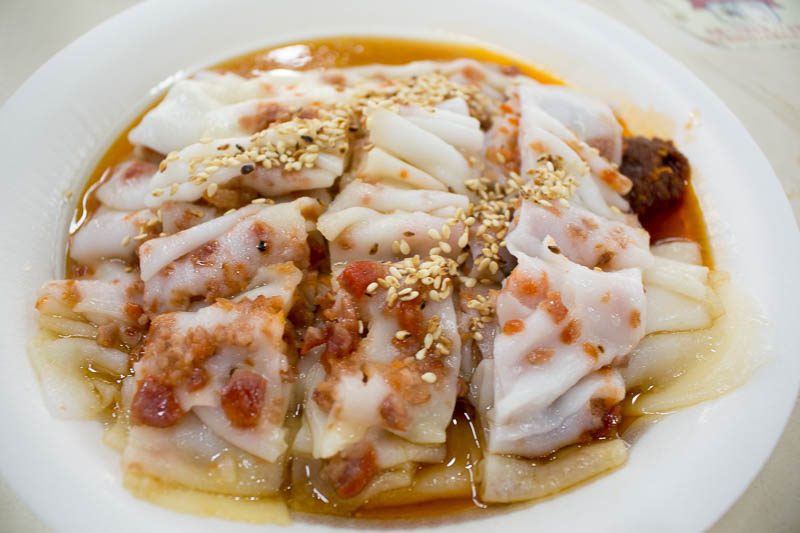 The first I sank my teeth in was the Char Siew (S$3.50), which was my favourite variant of them all. I was very impressed by the sheer amount of char siew bits scattered throughout the chee cheong fun.

Majority of the translucent chee cheong fun was studded in red. Albeit it was on the expensive side, the huge serving of chee cheong fun and filling justified its price point. The first mouthful literally left me speechless and I had to go for another. It was that good. The chee cheong fun itself was silky smooth and glided down my throat with ease. After, the light soy sauce came through with a hint of savouriness, to bring out the mild-flavoured rice sheets. They were so thin and delicate, even after being rolled up into several layers. The char siew had the iconic smoky sweet flavour but wasn’t too overwhelming. I liked that they were in little morsels so I could still savour the flawless skin of the chee cheong fun. It was also a plus point that the char siew pieces, while tiny, actually stayed snug in the chee cheong fun skin which made it easy to eat too. 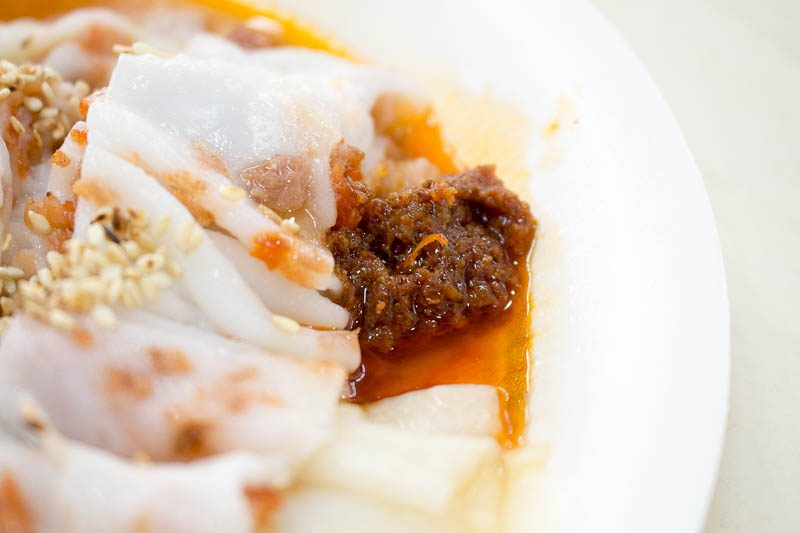 I decided to try out the chilli, which I requested on the side. It packed a slight punch, which I felt helped to further alleviate the dimensions of flavour in the chee cheong fun. Sweet, salty and spicy, this was one well-rounded dish. The Prawn (S$4.50) variant had the same delicate and silky smooth skin. Without the char siew, this was definitely lighter on the palate. 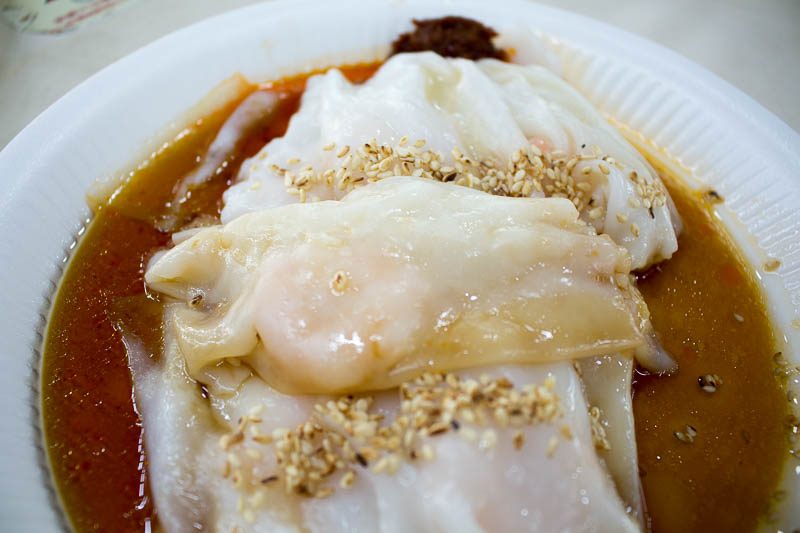 By no means was it less flavourful, as the naturally mild taste of the chee cheong fun and soy sauce stood out more. 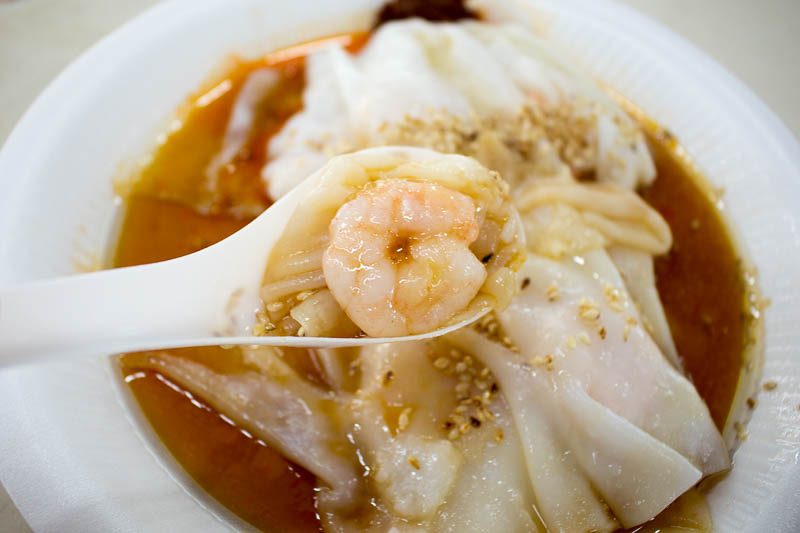 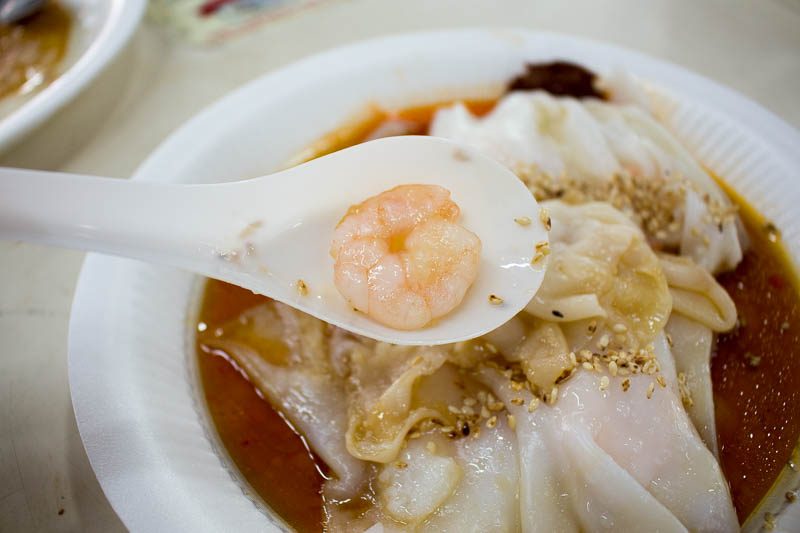 The prawn itself was of a decent size, fresh and crunchy. If you prefer something lighter and fresh tasting, this would be the one for you. 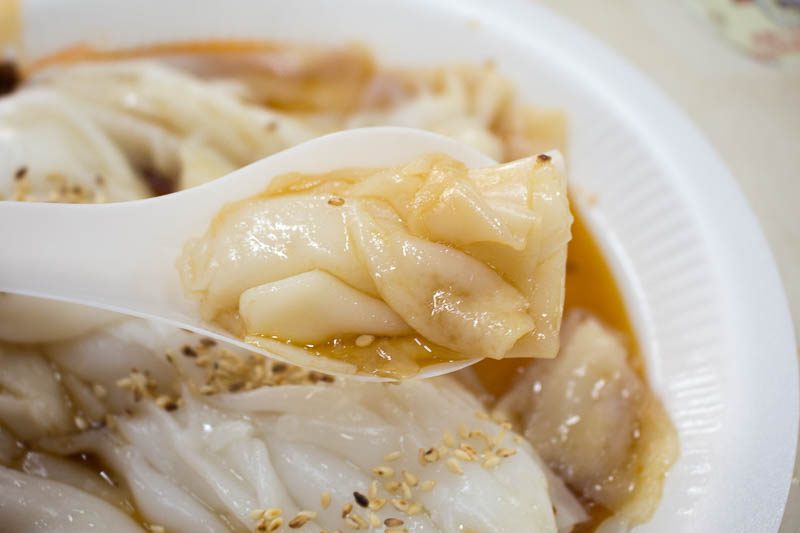 We also got the Scallop (S$5.50), which was the most expensive item on the menu. Similarly, the scallops were evenly distributed into each chunk of the chee cheong fun. 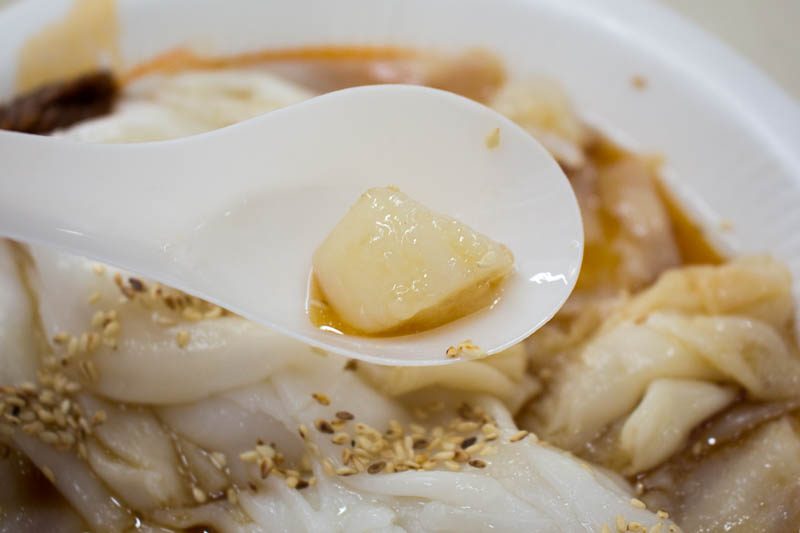 In comparison, the eight scallop pieces were smaller in size. This gave less of a bite as compared to the former two, which felt more substantial in terms of the filling. Nonetheless, the scallops were firm enough for a varying texture.

The preparation of these handmade rice rolls from Pin Wei Chee Cheong Fun is no easy task. Standing at the collection counter, I could already feel the heat from inside the stall. With such long and unending queues, I was pretty sure they hardly could catch a break making the chee cheong fun upon order.

In my opinion, they are one of the best chee cheong fun I’ve had. Pek Kio may not be the most accessible location. However, if you are a chee cheong fun lover like me, it is always worth to travel down just for it!