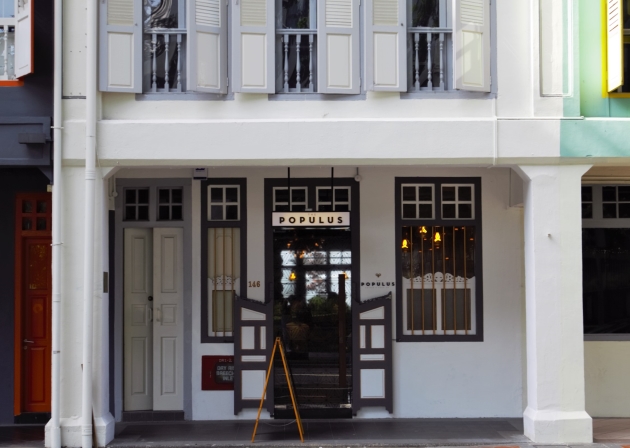 The Populus Coffee & Food Co. is a freshly-opened cafe conceptualized by the same people from the Department of Caffeine, another much beloved coffeeplace. Whilst still the less experimental brother of D.O.C, The Populus still promises to provide its patrons charming plates of food and proper traditional coffee.

Embedded into a colourful row of shophouses, The Populus Cafe quietly makes a name for itself with its white-washed walls and far-from-gaudy exterior design. At first glance, the cafe already looks poised and polished as an urbanized yet still quaint establishment. 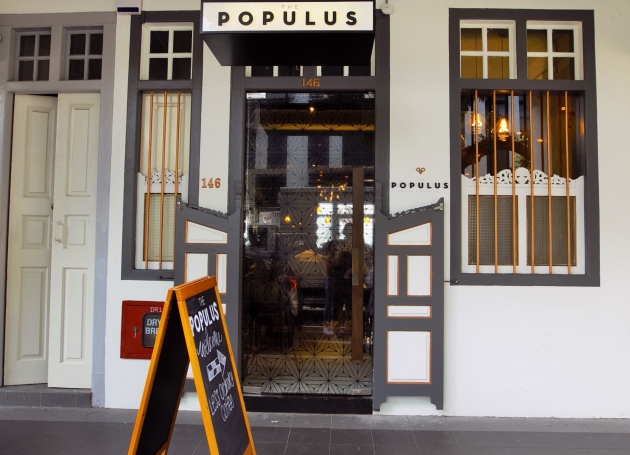 With a simple chalkboard, The Populus Cafe invites passers-by to enter their charming little space for a drink or two. 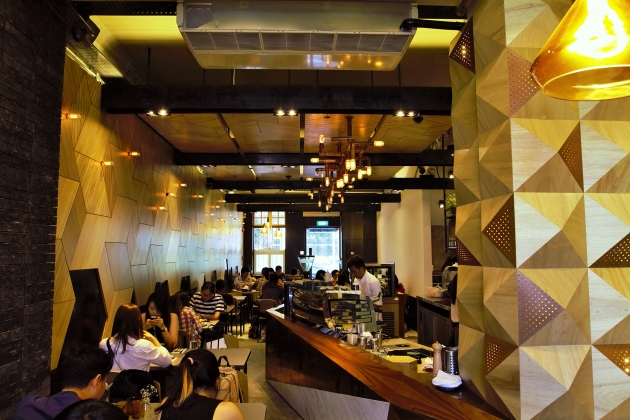 Upon entering, one would find that The Populus cafe, with its rigid, tawny furniture and gilded overhanging lights,  has adopted a rather industrial look for its interior design. Also, while the cafe is in a space that is relatively narrow and tight, the seats are arranged in a compact manner that does not obstruct the inflow of patrons and waiters. To settle ourselves in, we ordered one cup of Cappuccino ($5.50) and a glass of Iced Valrhona Hot Chocolate ($7). As the second brainchild from the people behind Department of Caffeine, the coffee and drinks served at Populus definitely do not fail their prodigious creators. The first dish we had was The Populus Scramble ($17), the cafe’s signature dish and it was magnificent. Served with crispy and not excessively oily bacon streaks atop a plate of silky and buttery scrambled eggs, it came as no surprise that this particular dish has been deemed one of the patrons’ favourites. 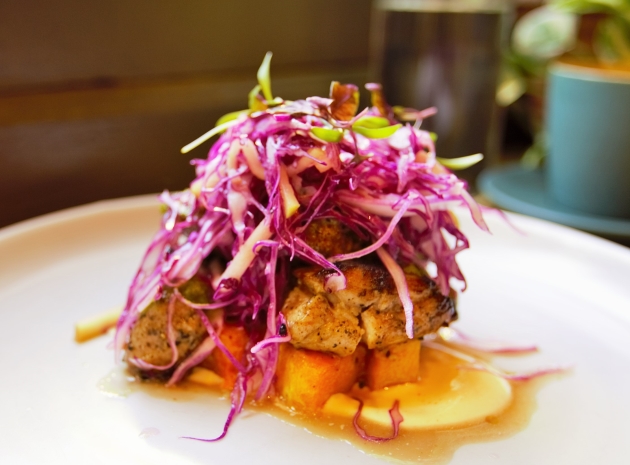 Advancing on our savoury quest, we decided to try another of The Populus’ better-known dishes – ‘Ginger Beer’ Pork Collar ($23). While it is admittedly very pricey, the refined way the chefs at Populus assembled the different ingredients such as the charred ginger beer marinated pork collar, apple slaw, honey coriander and roasted butternut squash demands some credit.

The sauce had a zesty flavour which went nicely with the slightly sour-ish chunks of pork. The fresh apple slaw balanced out the dish through the textures and tastes too. 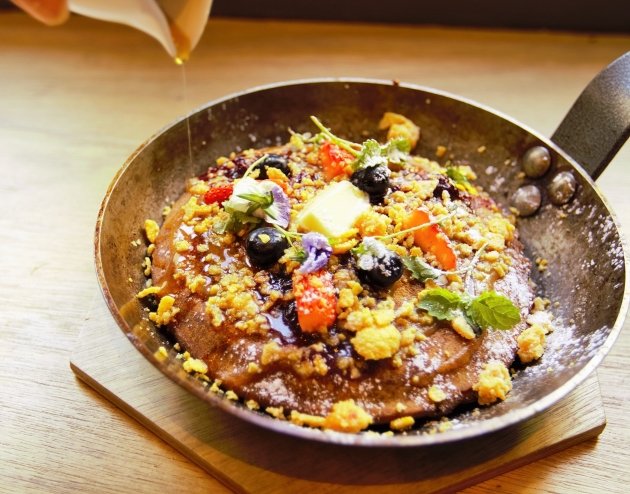 Last but not least, we indulged in a beautiful dish of Buckwheat Pancakes ($18) which looked very much like the stuff whimsical creatures from fairytales feed on. The berry fruit compote was slightly tangy but it harmonized with the sweet maple syrup very nicely. The thick fluffy pancake was lovely to dig into and its soft texture was beautifully balanced out with the crunchy cornflake crumb bits.

While The Populus serves food that is on the pricier end, I did enjoy the brunch-like dishes we ordered from this cafe for their sublimity and stunning arrangements. If you are feeling adventurous one fine day and also particularly rich, I highly recommend you head over to The Populus Coffee & Food Co..