Punggol Noodles: Store Owner With Only One Hand Makes Bak Chor Mee That Is Worth Queuing Up For 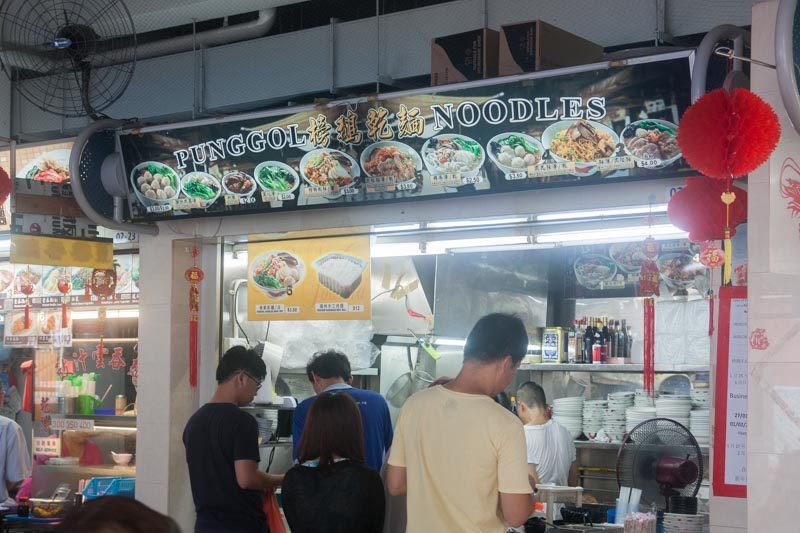 The stall opens at 8am from Tuesdays to Sundays, and closes once sold out, sometimes as early as 1pm! The owner, Mr Yee, still cooks each bowl of noodle personally, despite losing one hand in an accident. However, this has not hindered him from carrying on his business in any way.

His dedication and passion can be seen as he makes each bowl of noodle meticulously. 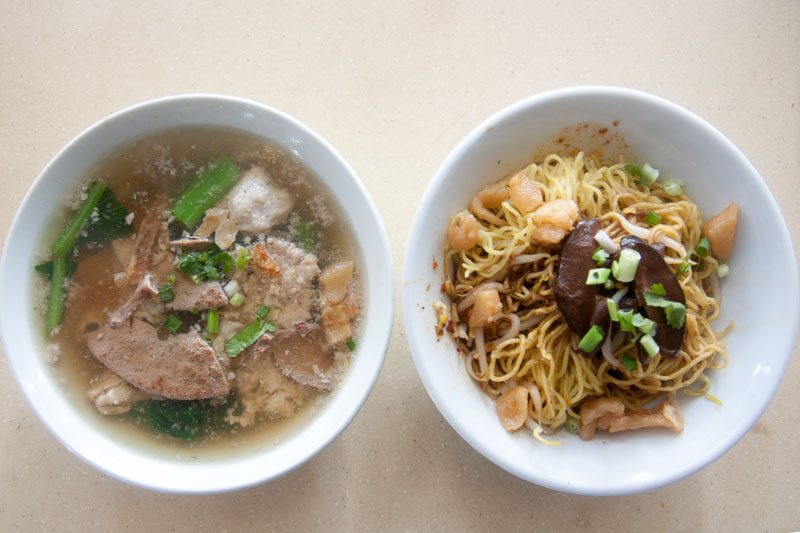 The first noodle dish we tried was the Minced Pork Noodle 加料 (with additional ingredients) ($4). Although the price may seem a little steep for a bowl of bak chor mee, take it from us — it’s all worth it. The dry version of the dish comes with a bowl of noodles with stewed mushrooms on top and a bowl of soup with minced pork, liver and a meatball.

The noodles were springy and went well with the earthy flavour of the stewed mushroom, they were tossed in their own chilli which added a good spicy kick to the dish.

The soup tasted rich and had a strong garlic fragrance while the ingredients inside were cooked well, and the addition of lard lent a richness and a crispy element to the dish which we really enjoyed. We were pleased to see the abundance of meat present — the liver did not have a strong ‘iron-y’ taste to it, and the minced meat was cooked and seasoned with salted fish for a stronger savoury taste.

Additionally, those of you who love salted fish and lard in your noodle, note that the store provides them free flow so you can eat to your heart’s content! 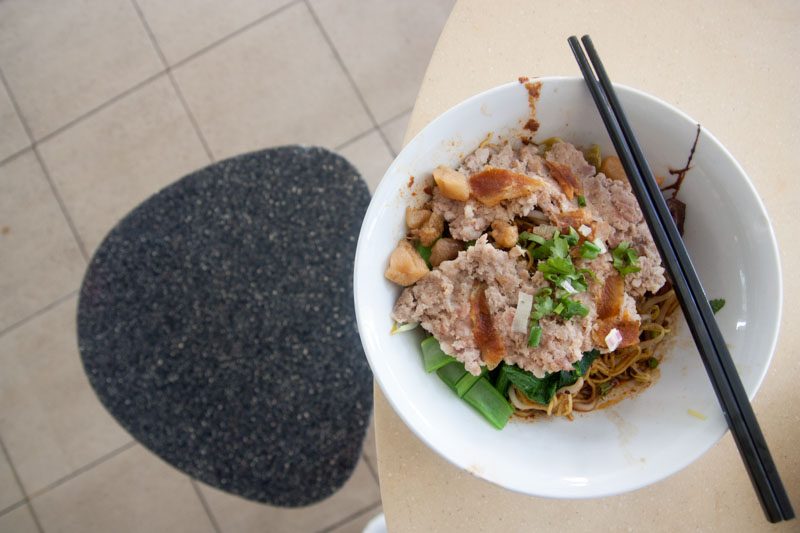 A more toned down version, the Minced Pork Noodles ($3.50) is the same as the above, sans the liver and the meatball. Nonetheless, this version is still just as tasty, with the minced meat being cooked as a patty and placed on top the noodles.

Unlike your traditional minced pork noodles, it was a joy seeing such a large piece of meat in (or rather on) our noodles. 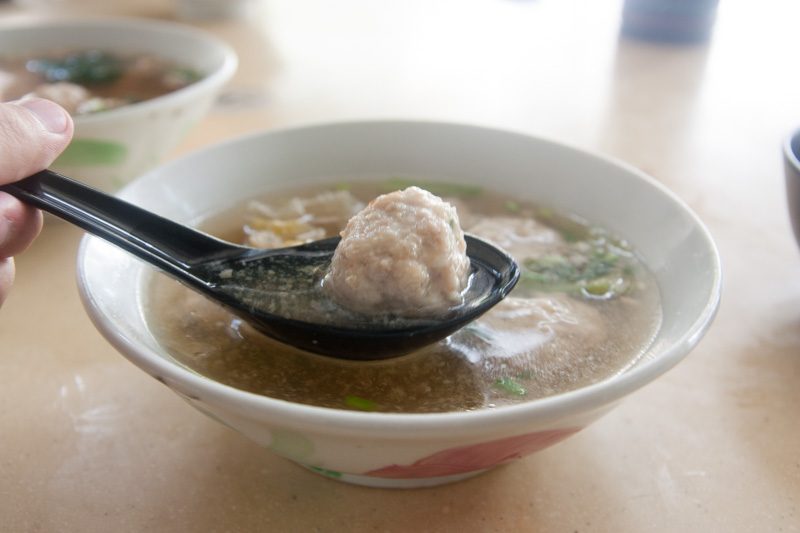 For those wanting to savour just their signature meatballs, try the Meatball Soup ($2). The hallmark of the stall, the meatball, are all handmade. This surely isn’t your typical meatball found in a packet.

Punggol Noodles’ meatballs are light and soft instead of the dense hard rounds ones typically served in other stalls. The meatballs tasted fresh and the natural sweetness of the meat went well with the savoury soup.

We felt that it was a really good complement to the meal or could serve as a satisfying and filling breakfast/snack. The one dish that we will be coming back for more. 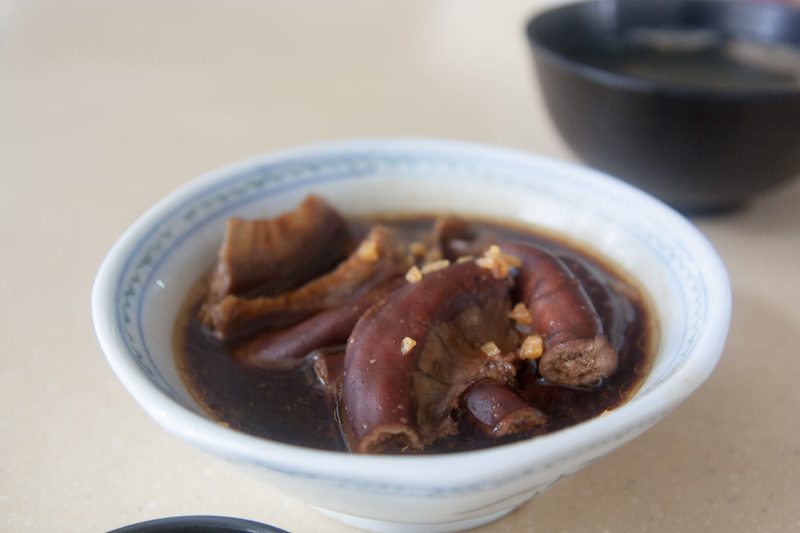 The stall also offers Intestines ($2) as a side dish, which are stewed together with the mushrooms. The sauce is flavourful and would go well with a bowl of white rice. The intestines were tender and the flavour of the braised sauce really shone through. A must-try if you’re a fan of innards.

Overall, Punggol Noodles served up pretty tasty noodles. But, what was most memorable was their meatballs which definitely set them apart and give them an edge over other stalls. The staff were friendly and smiling throughout which we really appreciated.

Visit Punggol Noodle to slurp up some delicious noodles today!

Previous articleMenya Musashi: The First Chawanmushi Ramen In Singapore Should Remain As A Permanent Dish
Next articleTaste Good: Salted Egg Chicken Rice & Other Dishes At S$5 In Sim Lim Square That Live Up To Its Stall Name