Coincidentally, it was pouring on the day I first visited Qi Xiang Chicken Pot, maybe a tad too much that the wind was blowing the rain inwards to some of the seats that were closer to the roadside—not exactly what I had imagined.

Nonetheless, the show had to go on. 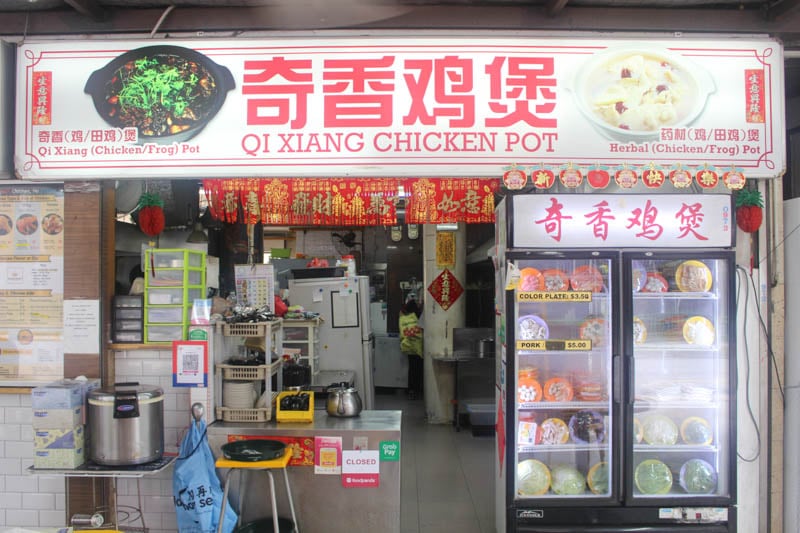 The storefront sign of Qi Xiang Chicken Pot can be easily spotted with its oriental style—their name sporting a bold red, with images of two different variants of hotpot at both ends of the signage, herbal as well as their Qi Xiang hotpot. 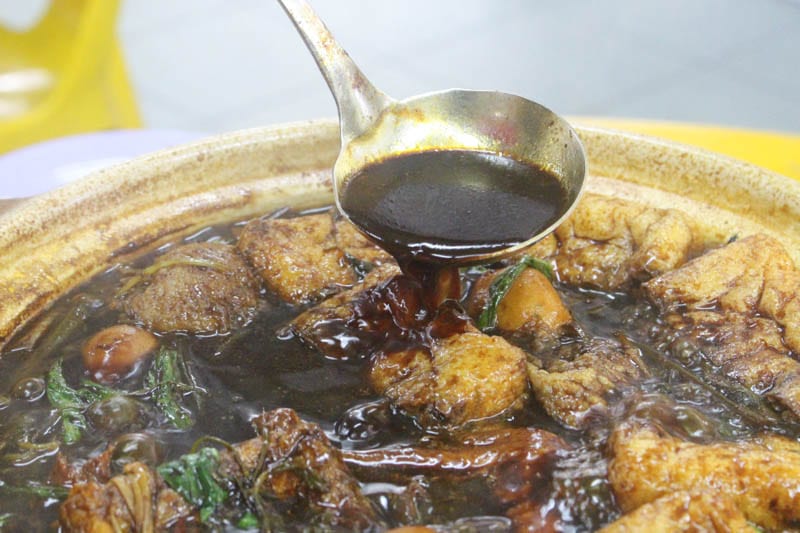 Their soup base is no ordinary hotpot broth. With more than ten spices and a mixture of different sauces put together, this hotpot definitely does not lack in the flavour department. I was curious about the concoction of ingredients being put together to create the broth, but the eatery declared it top secret to me, especially with their competitor situated just shops away from them.

I picked the Qi Xiang Chicken Pot with the lowest spice level, with normal “soup thickness” to stay on the safe side in case the flavours were too bold for me. The soup was definitely visually reminiscent of dark soy sauce.

The Qi Xiang Chicken Pot’s price points are as such; S$26.90 for half chicken, S$37.90 for a whole chicken. For those looking to save tummy space to feast on other ingredients, get a hotpot with only two drumsticks for the S$25.90 for two drumsticks to reserve your fill for other bites so you can sample more of their extensive menu. 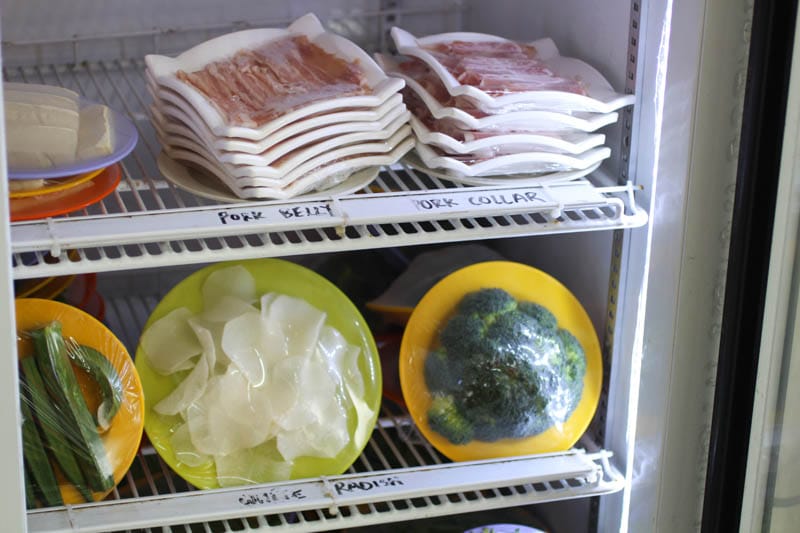 The other optional ingredients you can add to your dishes are packed neatly with plastic food wraps in the refrigerator to ensure high hygienic standards, costing S$2.90 for a plate of ingredient. For those who are craving some meat to fulfil their carnivorous appetite, get the pork or beef at S$5 per plate. 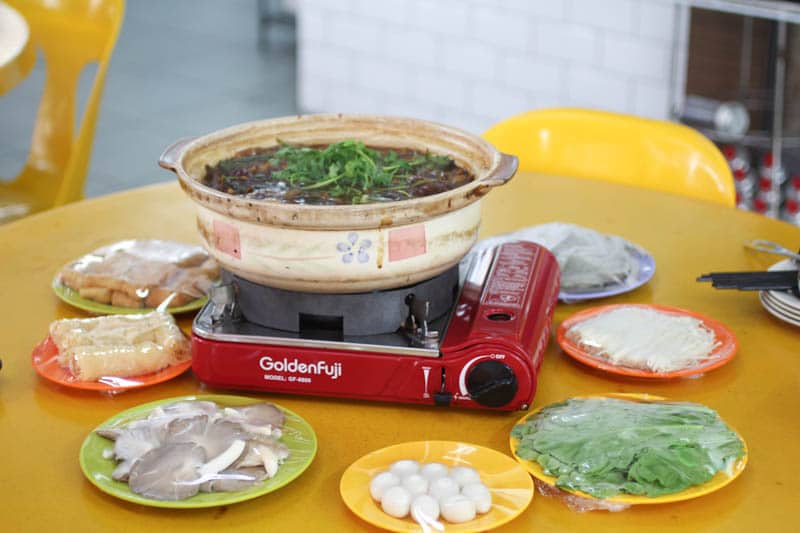 I was even informed that the hotpot ingredients are similar in quality to other popular hotpot chains, yet they are sold here at a fraction of the cost. 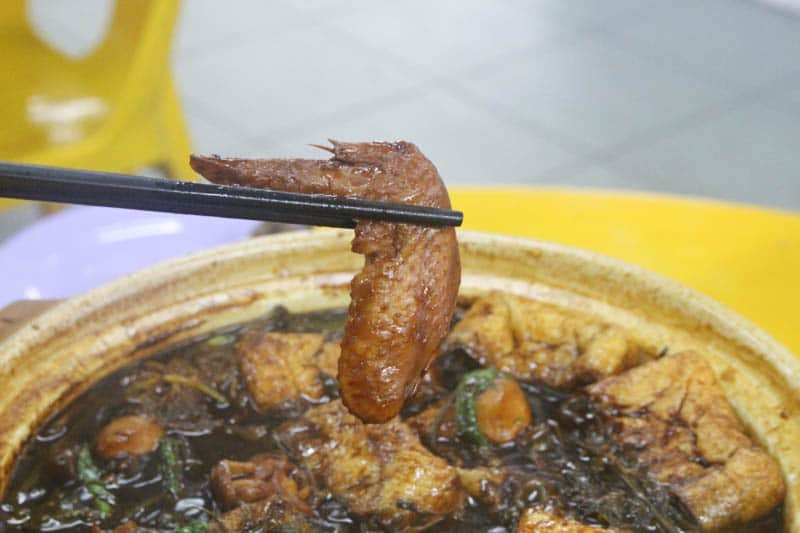 Before I get too carried away with the entire pot full of food, let’s not forget about the chicken. The chicken was slightly tough, but still relatively easy on the mouthfeel. Nonetheless, it soaked up the dark soy sauce chicken broth well enough, and it was a great combination. 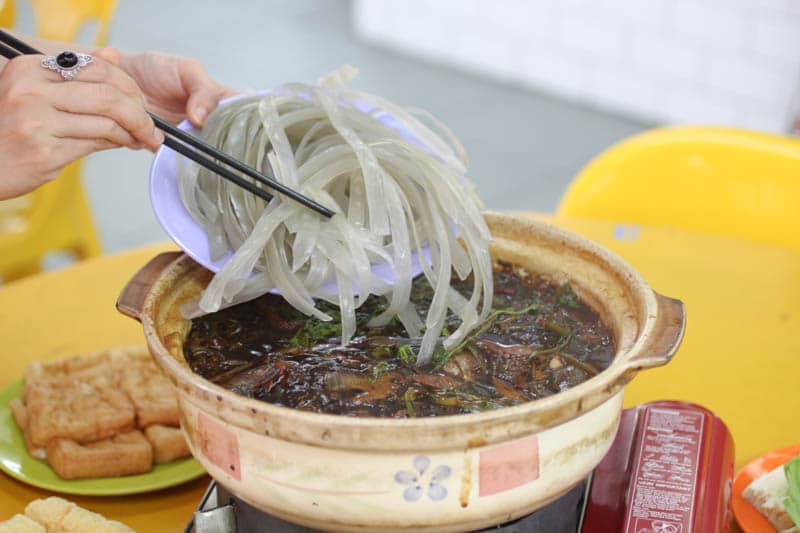 Feeling famished, I swept the plate of tang hoon (glass noodles) into the hotpot to get it cooking. This was an excellent alternative to other carbs that one would typically add to hotpots. Scooping it up using the ladle, I unveiled the tang hoon soaked in the dark soy sauce broth.

The tang hoon was soft and chewy, an enjoyable substitute to other safe, but boring choices like Maggi noodles. 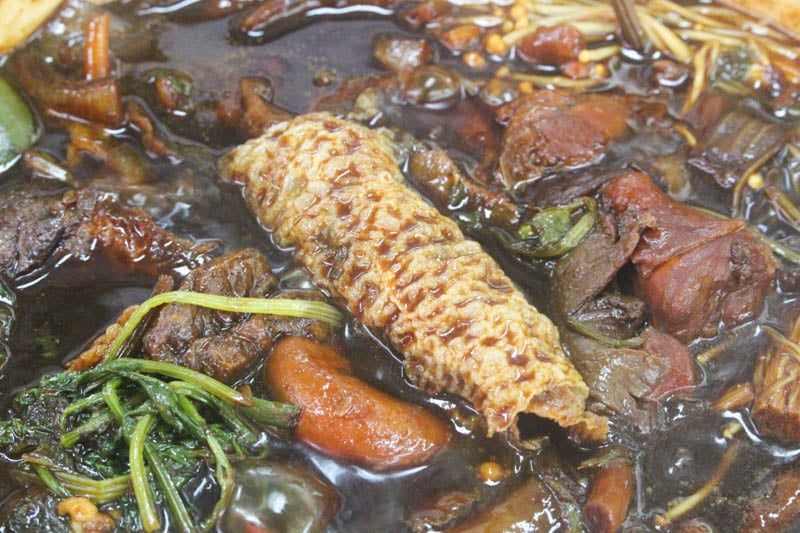 Fried beancurd rolls are a classic ingredient for hotpots, especially during Lunar New Year, and is great for absorbing the essence of the boiling broth. The fragrance from the fried beancurd roll complemented the hotpot well.

My suggestion to readers is to dip it in for two to three seconds, quick enough to soak up the broth’s aromatic flavour, but not too long or the fried beancurd roll will lose its al dente texture. 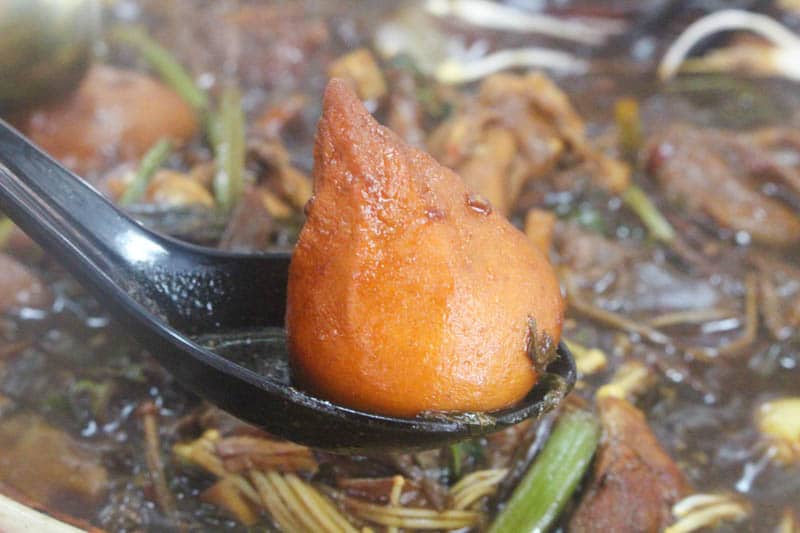 The fishball roe is a great addition to the hotpot. With its rich, sweet and salty taste hidden inside the fishball, the umami tobiko roe will definitely make you want more with every bite of its chewy exterior. 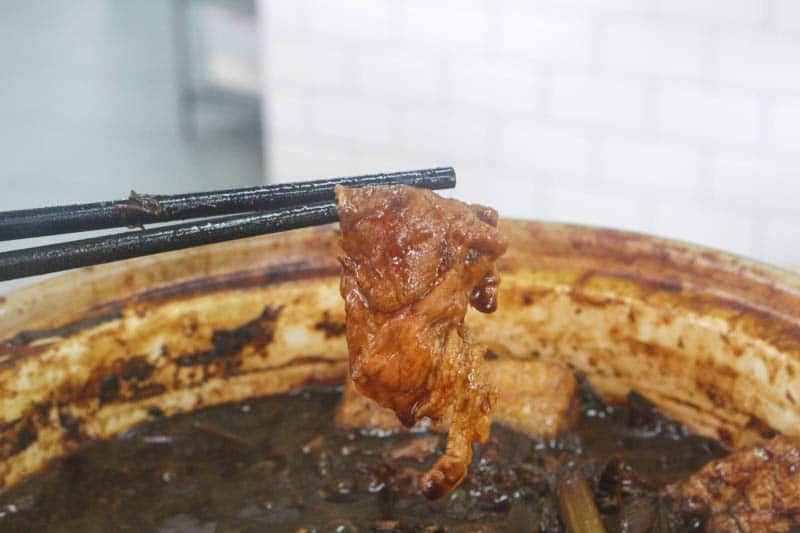 I got the pork collar to satisfy my craving for meat. With a few swishes of the pork collar in the broth, it was ready to be devoured. The pork collar’s umami flavour was heightened by the soy sauce broth, and I was glad to have picked this to add into my hotpot. 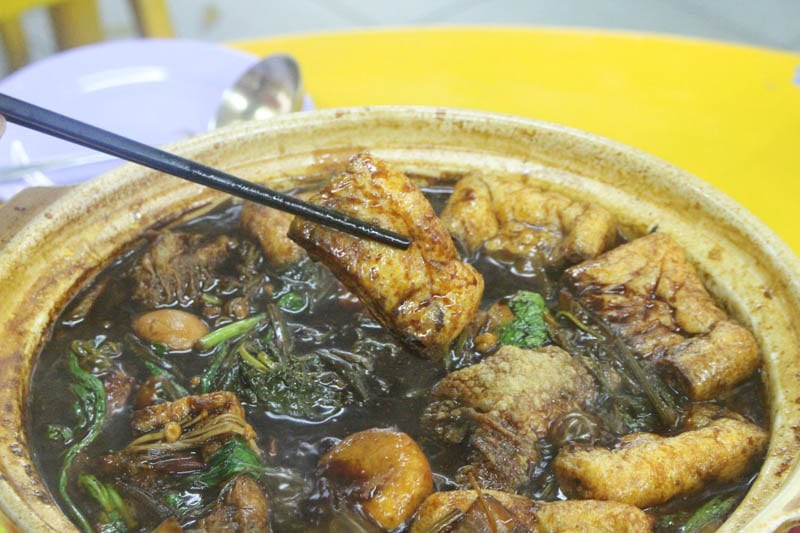 As you can tell, I’m obsessed with beancurd. Tau pok (fried beancurd) is a cousin of the fried beancurd roll. Instead of a solid roll form of the latter, the tau pok is flat and has a spongy texture, great for relishing the dark soy sauce broth.

The difference between the fried beancurd roll and the tau pok is that the latter can be in the simmering hotpot for a period of time, letting it soak up even more of the soup.

I revisited this hotpot spot on a weekend and had to battle the weekend crowd. It was too crowded for my liking and it took some time for the hotpot to be served to my friends and me. For those who are brave enough to face the crowd, you can give this place a try on the weekend.

If not, maybe pick a weekday where the crowd is not as intense.

Previous articleGuinness Gives Free Half Pint To Celebrate St. Patrick’s Day While Stocks Last
Next articleIndulge In 1-for-1 Steak & Seafood Buffet At Hot Stones Steak & Seafood Restaurant From 9 to 15 Mar