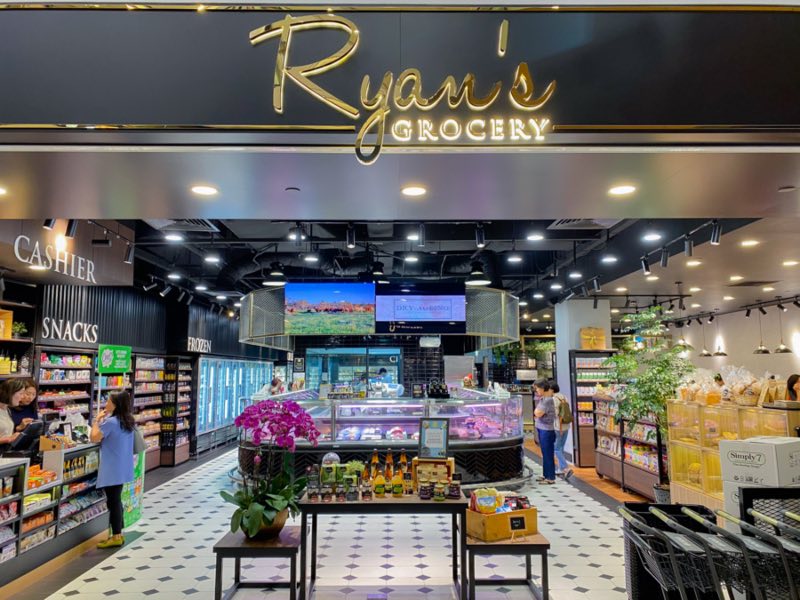 Primed as ‘a boutique grocer and butcher that caters to the discerning foodie with exquisite tastes or special dietary requirements’, Ryan’s Grocery was founded in 2015 by co-founders Wendy Foo and her husband, Sebastian Chia with the aim of bringing the highest quality produce to consumer’s plates. Since then, the grocery has expanded beyond its confines at Bukit Timah with the opening of its second and flagship outlet located at the newly revamped Great World. 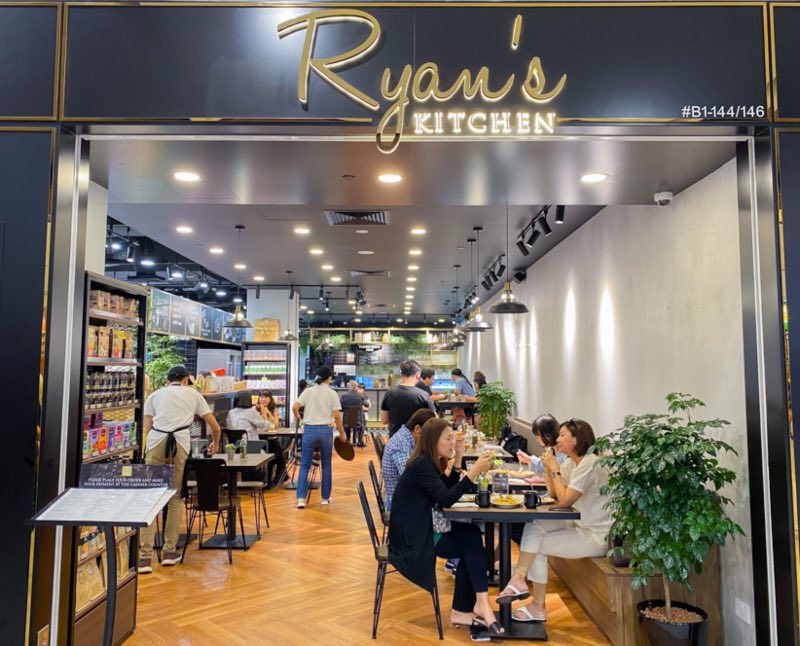 Strategically situated at basement one, the 4,000-square-feet space not only houses Ryan’s Grocery, it also encompasses the brand’s first foray into the dining scene, Ryan’s Kitchen, a cosy Australian-style cafe.

Dressed in muted colours with dark wood accents, the 40-seater space is accentuated by its white textured walls and modish industrial-style furniture. With seatings arranged in twos, fours and sixes, the cafe makes for an excellent dining spot for both large and small groups of diners.

Ryan’s Kitchen serves a vast menu of items prepared with quality produce, organic as well as gluten- and preservation-free products that are available for purchase at Ryan’s Grocery just located beside. In addition, you will also be able to select the cut of meats and ingredients of your choice at the grocery for it to be sent to the kitchen to be cooked and dined in at Ryan’s Kitchen. 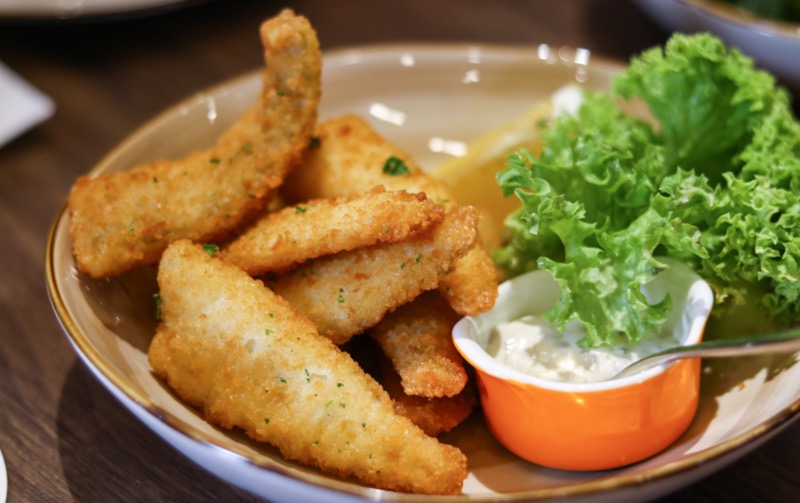 As a light start to our meal, we had the Breaded Wild Caught Whiting With Tartar Sauce (S$16). The fillets of whiting fish were beautifully fried with a golden-brown crust that was crunchy outside yet moist and tender on the inside. A smaller member of the cod family, these wild-caught whiting tasted similar to its big brothers; sweet and delicate. The fried fillets were thinly breaded and very lightly seasoned with salt. As a result, we were able to savour the natural taste of the fish. Dip the fish fillets into the tartar sauce by the side for a richer taste with an added tang. 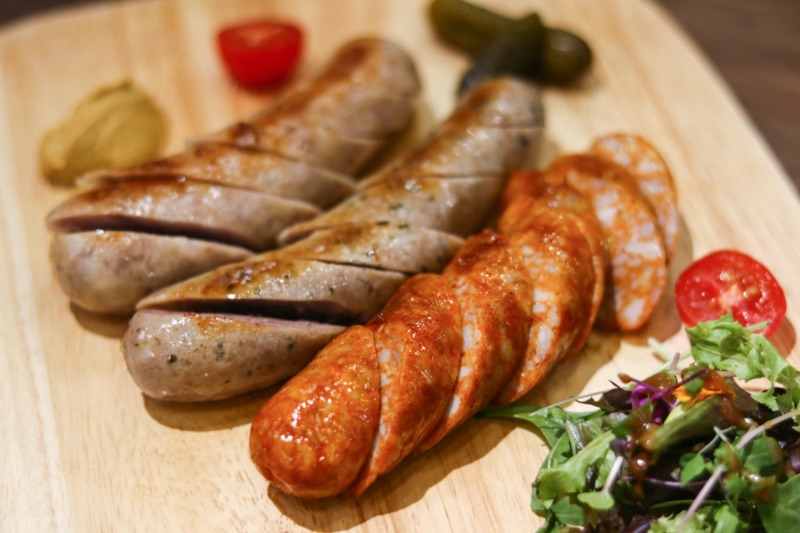 Overall, for approximately S$17, we got three freshly grilled house-made sausages served with a handful of salad, beetroot relish and truffle mustard on the side. Out of all three, my favourite, hands-down, was the pork chorizo sausage. Deep brick-red in colour, the natural cased sausage was heavily seasoned with spices and had a deep smoky flavour.

Compared to the Cumberland and herb sausage, the pork chorizo sausage was spicier and was more peppery, making it an excellent pairing with the slightly acidic beetroot relish. Made with an inch-thick beef patty from Five Founders—Australia’s first carbon-neutral certified beef, Mushroom Swiss Burger With Keto Bun (S$25 with top-up of S$3 for keto bun) features the addition of mushroom ragout and Swiss cheese served together with a side of thick-cut gluten-free fries, made 100% with potatoes imported from United States. Done medium-rare with a slight bleed in the centre, the 100 days grain-fed patty was only seasoned with salt and pepper, allowing its natural distinct beefy flavour to come through and take centre-stage. Cutting through the burger, the patty fell apart rather easily, which to me was a good sign indicating that no extra binders were added just to ensure it remained “pretty” on our plates.

In comparison to regular brioche buns, the keto burger bun was tanner and of a darker brown shade. Truth to be told, I wasn’t expecting much from the keto bun but I was proven wrong after I took my first bite. Although the bun was not as fluffy and rich, its dense and chewy texture was somehow befitting of the dish and when consumed together with the earthy mushroom ragout, its umami flavour was further intensified. 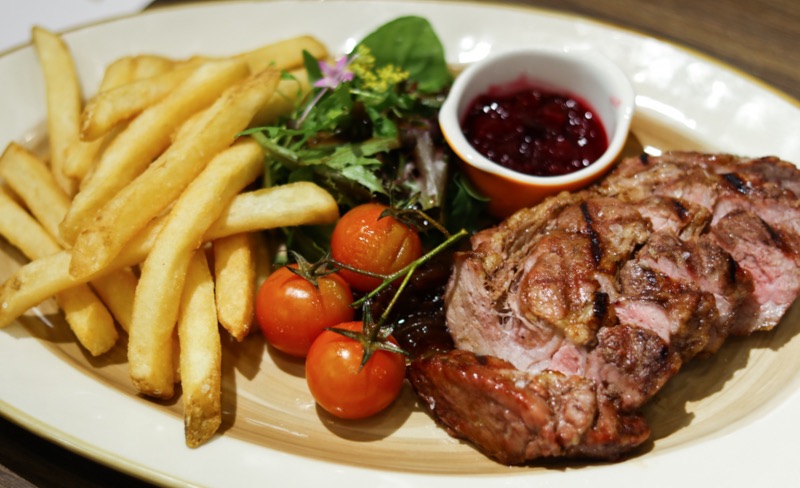 Meat lovers will enjoy the enticing selection of meats from the Butcher’s Grill at Ryan’s Kitchen. I was introduced to pork collar—a fairly unfamiliar cut of meat from the pig’s shoulder that runs from the base of the pig’s neck to the tip of its loin—through the cafe’s Borrowdale Free Range Pork Collar (S$28 for 250g). 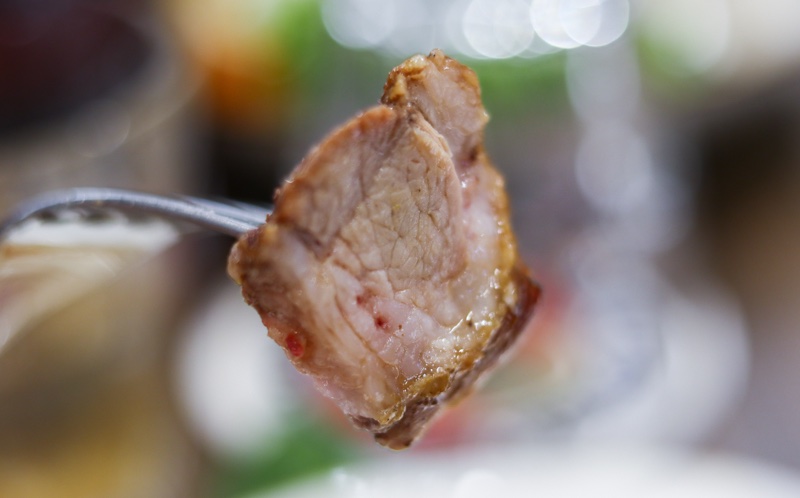 Winner of Australia’s Best Pork National Award 2018, this dish was able to pull off Borrowdale pork collar’s deep, satisfying flavour and delicious fatty notes with minimal seasoning. Charred with grilled marks on the outside, the pork collar was slightly pinkish inside—an unusual find for pork-based dishes unless the restaurant is fully confident on the source and freshness of their product.

Accompanying this deceptively simple dish was a serving of sweet sticky apple balsamic which lends the right amount of sharpness, cutting down on the oiliness of the meat. 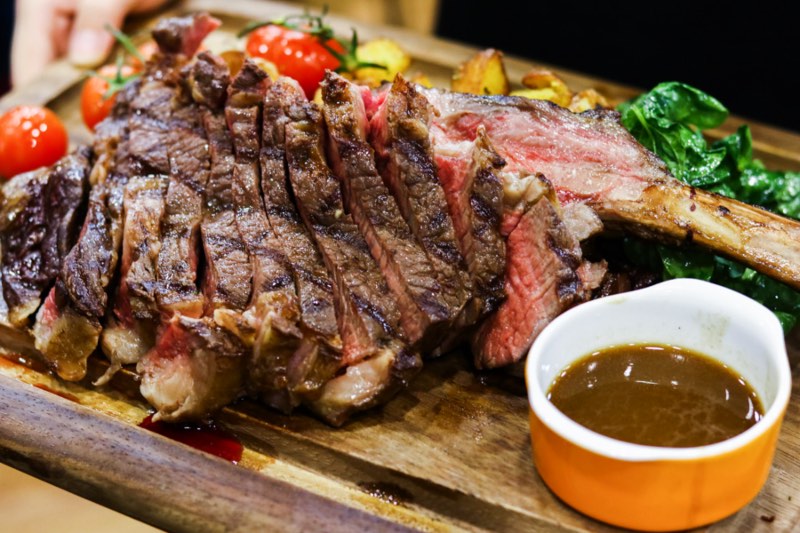 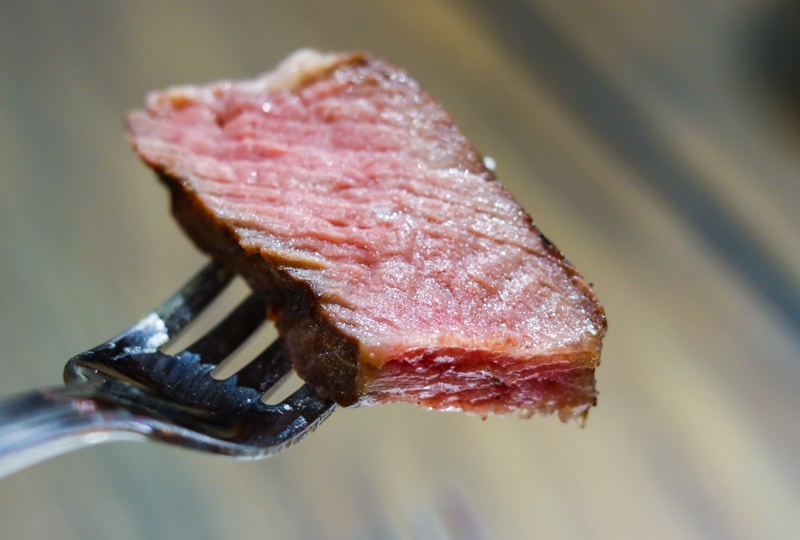 As with all the meats served at Ryan’s Kitchen, the beef rib was only lightly salted. The tad bit of rawness resulted in a tender chewiness, that oozed a juicy, beefy flavour with every bite. For a deeper meat flavour, try dipping the beef into the demi-glace provided on the side. The concentrated brown sauce carried a slightly caramelised note that definitely enhanced the richness of the dish.

After my meal at Ryan’s Kitchen, I felt as if I’d attended a valuable lesson on food and produce. Never have I been so conscious about what’s placed on my plate and what goes into my body. Although the dishes served might be on the pricier side, I truly appreciate grocers and restaurants for educating the society by advocating and utilising sustainable and quality produce.