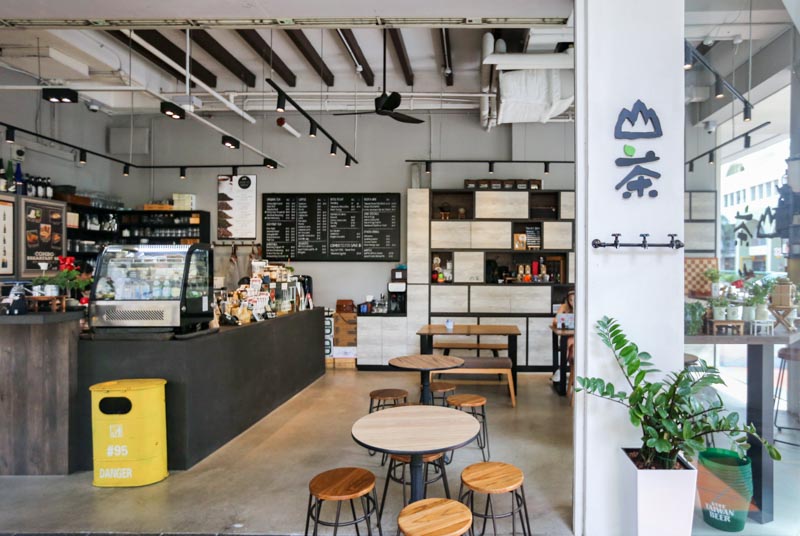 Located at the corner of Nankin Row, this aesthetically-pleasing cafe with a woody-industrial furnishing may fast become your go-to place, if you’re looking for a substitute for your regular cuppa from Starbucks.

Shan Cha (山茶) boasts an extensive range of teas and coffees, and we were spoilt for choice. We eventually settled for the highly recommended Iced Rose Apple Tea ($5.50) and their cold Milk Tea ($7.80). Both drinks were served in high-quality reusable plastic bottles that are suitable for those who want to grab a drink on the go. 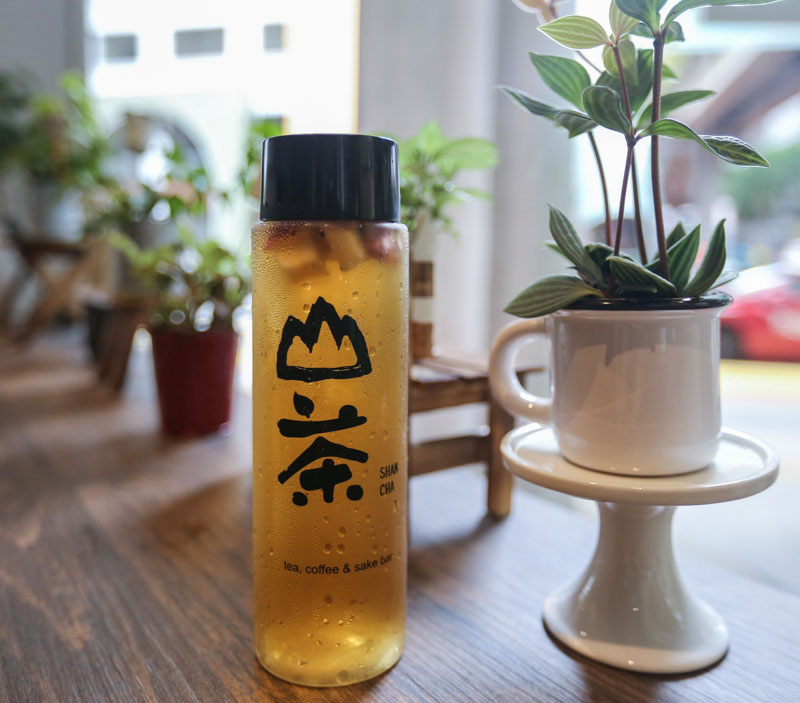 The Rose Apple Tea is a refreshing blend of chamomile black tea, apple juice and french rosebuds. It is perfect for a sweltering hot day. 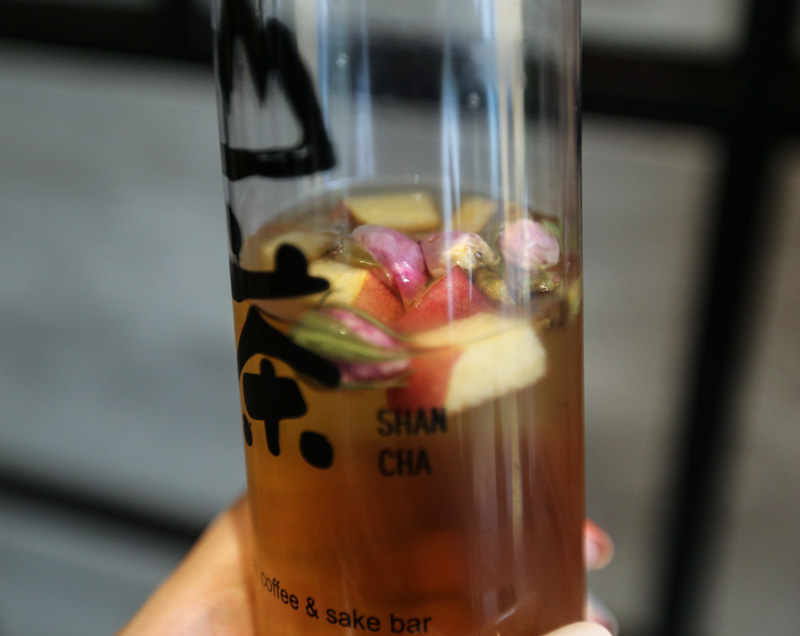 The bottle even had small chunks of cut apples and rosebuds floating in them, allowing for the flavours to infuse into the tea over time. The light and fragrant Milk Tea reminded me a little bit of the bottled milk tea from Taiwan, Chun Cui He 純萃。喝. The tea base used was earl grey. Even though it was not that distinct initially, we still liked the smooth finish of the tea.

As compared to the variety of drinks available, their food menu is pretty limited. 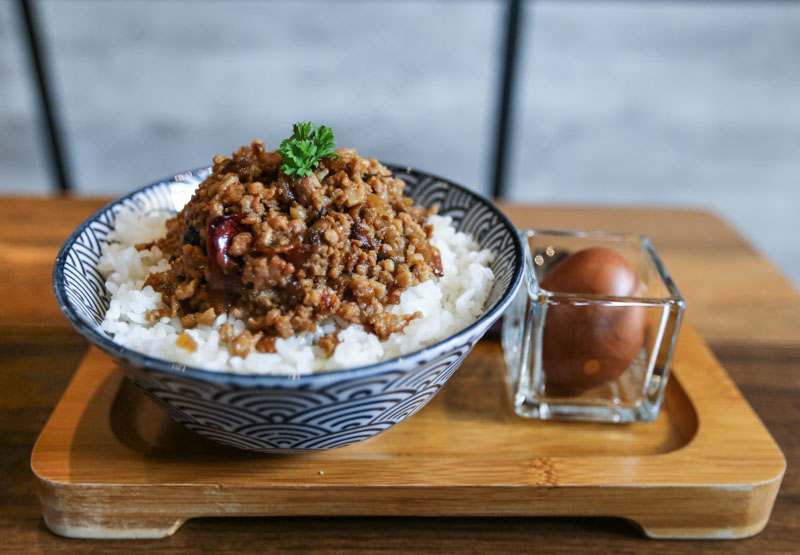 If you’re up for a more hearty meal, you can opt for the Taiwanese minced rice ($15.50 for the large portion). At $15.50, I felt that the price for this popular Taiwanese dish, lu rou fan, was relatively steep. 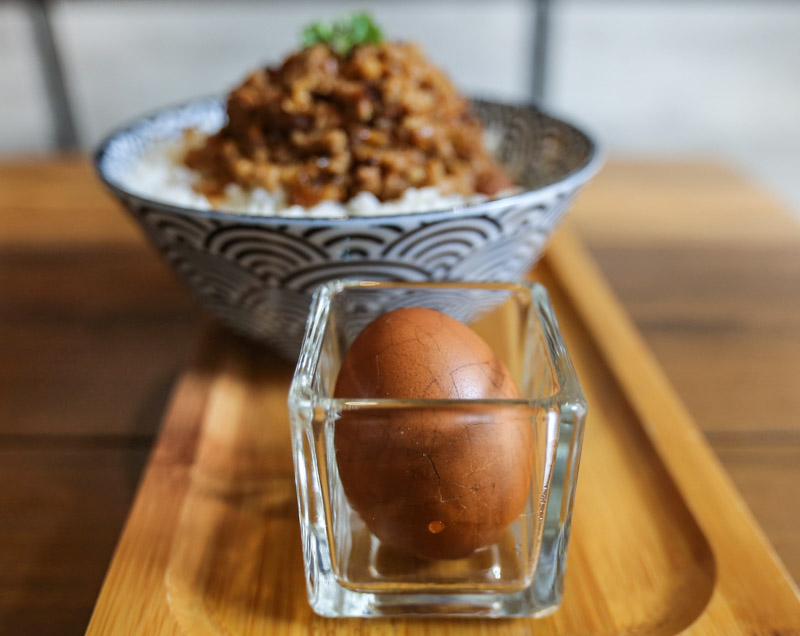 The comforting and fragrant bowl of braised minced pork and mushroom, atop a bed of rice was served with a black tea egg. 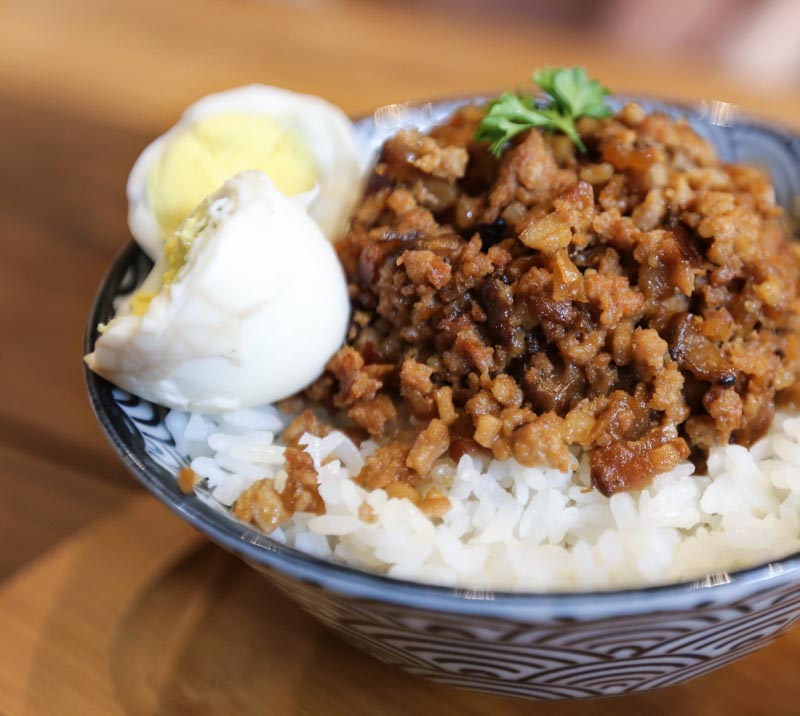 Upon deshelling the promising-looking black egg that was nestled in a separate glass jar, we were slightly disappointed. The marble patterns on the hard-boiled egg were fairly light — perhaps, it was not steeped long enough.

True enough, the eggs fell short of our expectations and tasted pretty much like a regular hard-boiled egg. The egg yolks were also a tad too dry and overcooked for our liking. 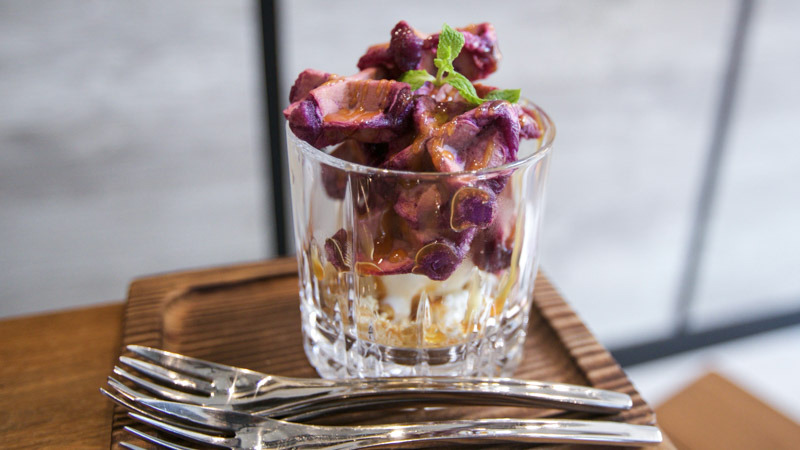 Sian of having a scoop of ice cream served on two rectangle-shaped waffles (literally every cafe ever)? How about a cup of ice cream topped with Graham crackers and bite-sized sweet potato waffles!

The Sweet Potato Mini Waffle With Ice Cream ($8.80) turned out to be quite addictive. Crispy on the outside and chewy — or what the Taiwanese would describe as “QQ” — on the inside, the sweet potato waffles had a mochi-like texture to it. Albeit a little bloated from the rice and two drinks, I still finished the entire cup of mini waffles.

My only gripe was that the Graham crackers turned soggy really quick as they were placed at the bottom of the glass. Perhaps, they could have been sprinkled on top of the ice cream and waffles instead. Finally, we had a cup of Ice Coffee Jelly ($7.80). The milk, espresso shot, tea jelly and ice were placed in three separate glasses. As we poured the liquids into the cute-looking beaker, an ombre of colours gradually began to form. 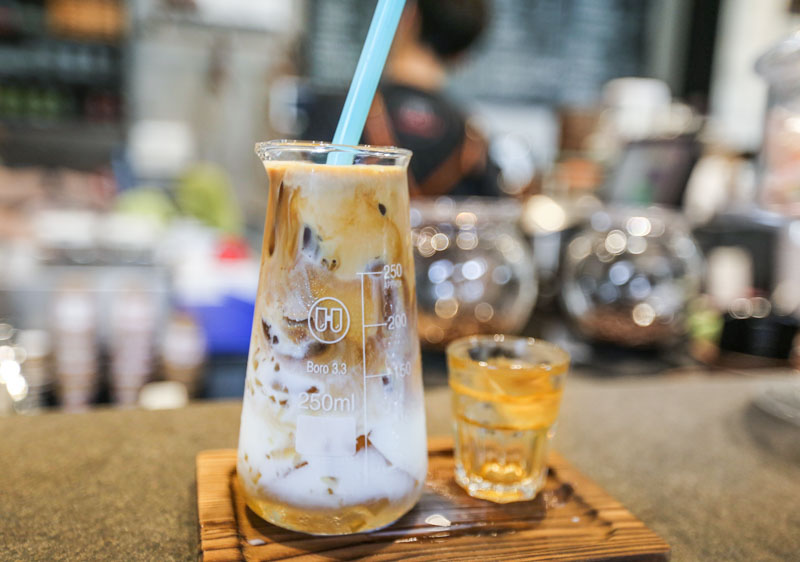 Be sure to mix well so the sweetness of the tea jelly would balance out the acidity and bitterness from the espresso. This would work well as a midday perk-me-up for the working adults in the area.

I feel that the steeper pricing of this cafe may be one of the main factors deterring the crowd. With Chinatown Point just a stone’s throw away, how many would actually be willing to bear the heat for milk tea that’s almost twice the usual price? 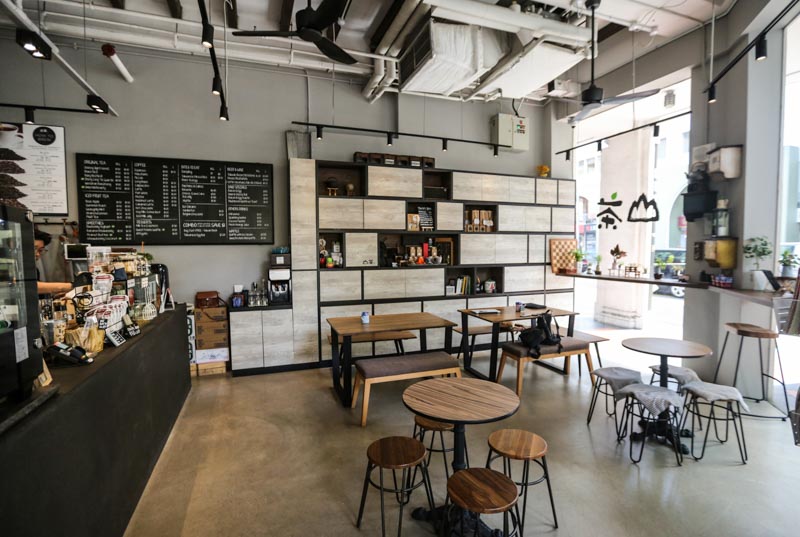 That aside, we felt that the cosy environment and soft jazz music in the background make it the perfect workspace. There are even a few bar seats available for those who want to catch up with their friends over a glass of sake or simply enjoy an ice cold beer.

So if I ever find myself around the area, I would definitely head down for a quick afternoon pick-me-up or a short catch up with my friends working in that area.