As much as we Singaporeans love our fried chicken snacks, having too many can be unhealthy. But any opportunity to have an excuse to #treatourselves, you can bet we’re taking it. 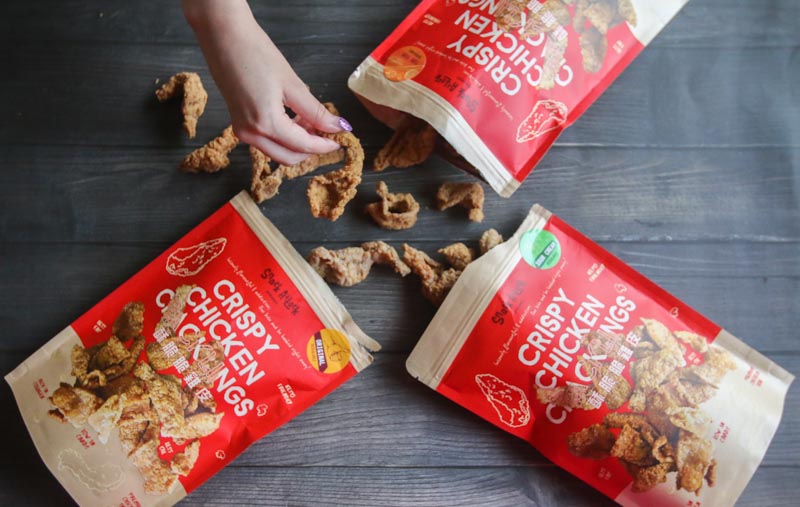 There are three flavours for you to choose from: Original, Sour Cream and Tom Yum.

Shihlin recommends purchasing their Crispy Chicken Cracklings as a combo with their best-selling dessert, Lemon Ai-Yu Jelly with Honey (S$6.80).

You can even purchase their crispy chicken skins as a Snack Attack Gift Pack (S$11.80 per pack), where you can choose from the three flavours.

Shihlin will also be having a promotion for their gift packs, which will go at S$7.80 per pack, and S$22 for three packs. Talk to their staff to learn more about the special prices. When I gave the crispy chicken skins a try, I noticed that they had a really crunchy and crispy texture, almost as if I had bought it fresh from the store.

The original flavour reminds me of the XXL fried chicken you get from Shihlin, which I suppose is the goal. The skin was also extremely salty, which I feel kind of defeats the purpose of it being low in fat and carbohydrates.

I have to agree that there is less oil used though, since the skin doesn’t coat your mouth with too much greasiness. 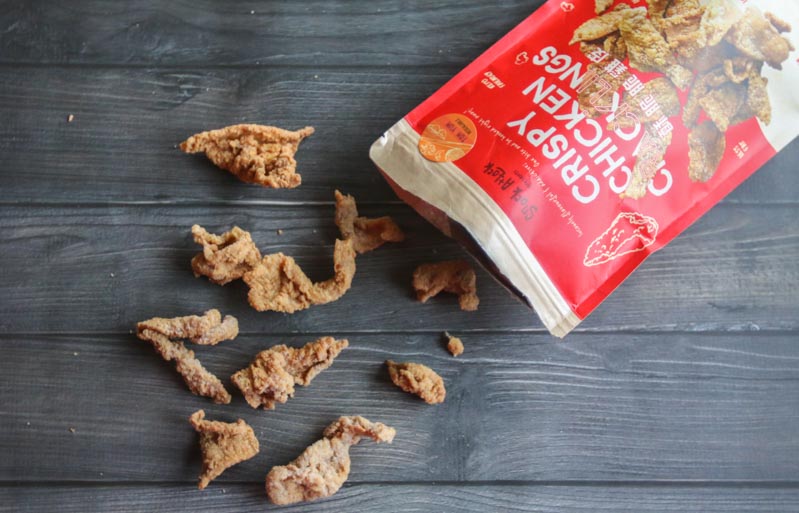 To spice things up, we tried the tom yum flavour next.

On the first bite, I felt a small wave of disappointment rush through me, as the tom yum taste was not as prominent as I had expected. The only visible indication of the flavour was the sourness, and it would have been better if there were more layers of the tom yum taste. 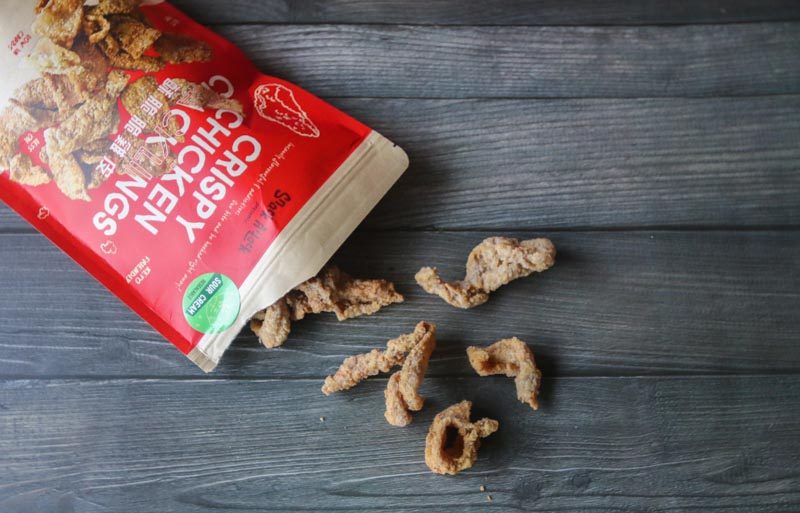 If you enjoy sour cream-flavoured snacks, you might take a liking to Shihlin’s version. The sour cream taste was recognisable and reminded me of the popular Lay’s sour cream potato chips. But I felt like there was more sweet and salty flavour in comparison to the sourness, which could be a bit more.

Overall, I enjoyed the crispiness of the chicken skin, and though I preferred the Original and Sour Cream flavours.

Perhaps it’s time to get cracklin’ and get your hands on Shihlin’s new Crispy Chicken Cracklings?