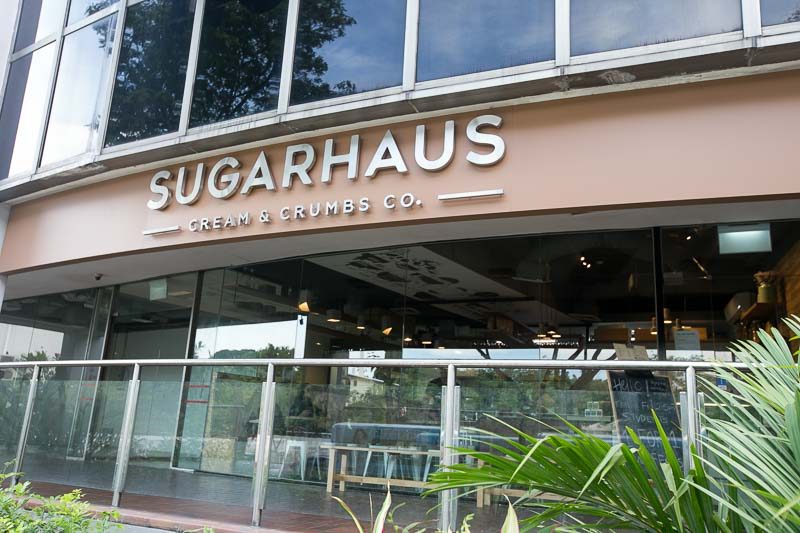 Another day, another cafe sprouts up. Everyone seems to think we need more cafes selling overpriced waffles along with ice cream and cakes procured from wholesalers.

But every once in a while, a few good men and women come along who believe in making things from scratch— enter Sugarhaus, the makers of ice cream and bakers of cakes. 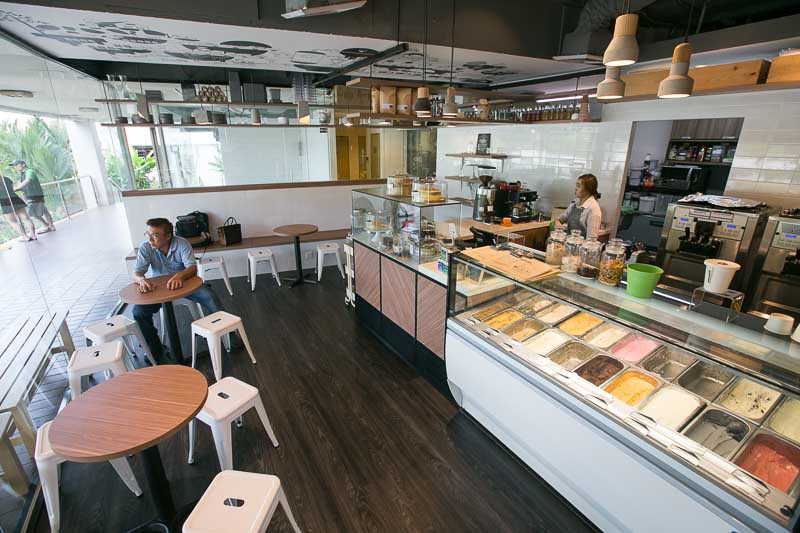 Calling Serene Centre home, Sugarhaus is unique simply because they dare to do — as in doing things themselves — owner Stanley Seow is the man with a job that’s enviable, making and tasting ice cream.

What’s the benefit of making ice cream from scratch using the raw ingredients? More control over the flavour. Translating to customer feedback making a difference to future batches of any flavour.

What could beat that? Creating your own flavour — if you can place an order for enough servings. Think bespoke ice cream for a party. 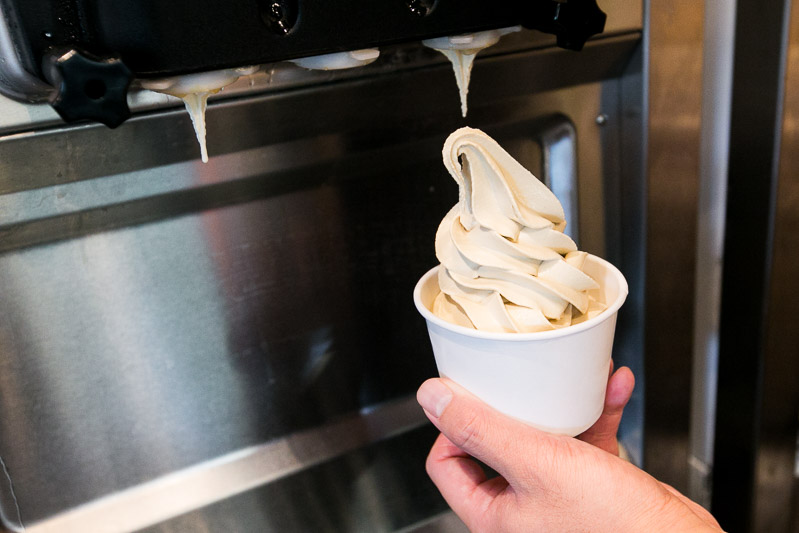 Trying a total of five flavours, my favourite was the dark and velvety Dutch chocolate ($4.30). While Sicillian pistachio softserve ($6) was creamy and tasted like how it should, like pistachios, nutty and mildly sweet. Not the most exciting of flavours but, they’re hard not to love.

However, that’s not to say the other three flavours we tried weren’t good. Cinammon cheesecake with walnuts ($4.30) for example, was interesting, we’d describe it as creamy and milky. But, I felt the flavour of walnut was lacking.

Don’t overlook standard flavours like charcoal vanilla, milk and honey and fresh watermelon ($3.50). And while there were only so many things we could try, waffles ($5.50), your standard cafe fare, come with homemade toppings toppings and sauces like almond brittle and dark chocolate sauce.

A Universe Of Cakes Enter Sugarhaus and you’re entering young Singaporean born and raised baker, Charissa Castillo’s office. This is where she bakes and creates galaxy and mirror glazed cakes, among a whole array of other more interesting cakes, in my opinion. 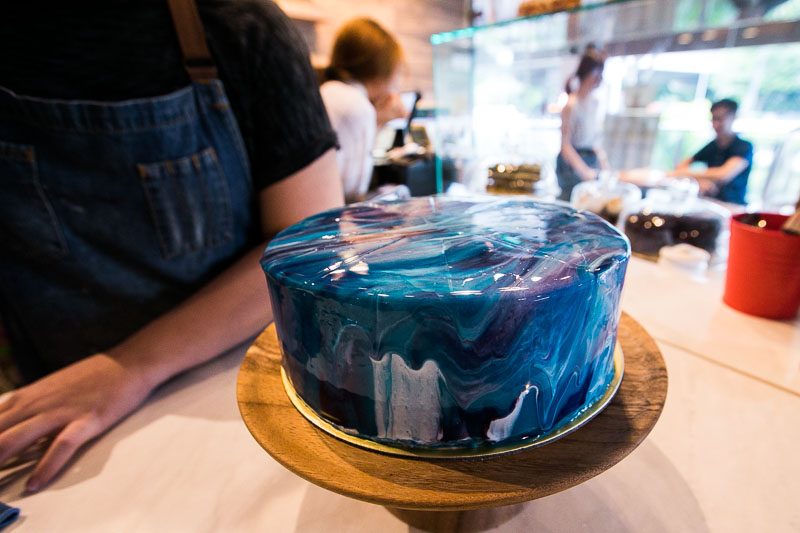 But the internet loves staring at the shiny ethereal galaxy and mirror glazed cakes, so we’ll oblige. Catching wind of the taro galaxy cake’s ($8.80 per slice) existence, we grabbed a slice after watching Castillo work her magic in the kitchen. 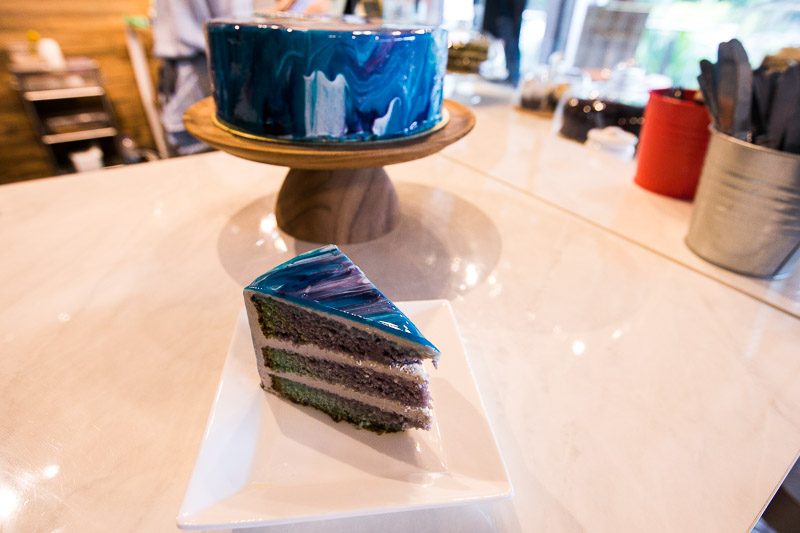 Pretty to look at, the taro cake is a bit on the dense side, definitely not the light airy sort that leave you feeling unsatisfied. Perhaps a little too fresh from its preparation, the layers did seem a little too dense when slicing into some layers. However, the taste was spot on for me, not too sweet and packed with a good amount the flavour of yam.

Our eyes spied other cakes like the cinammon bacon cake ($7 per slice) but, we couldn’t stomach another morsel of any sort of dessert. Shame, but I’ll be back for… bacon!

Dessert cafes pop up and shut shop a tad bit too frequently. Some claiming to be the place for great desserts, when all they do is ride on trends. Sugarhaus, while catering and keeping up with trends, isn’t about to lose focus of what makes them special — making things from scratch, and well. That’s what we all hope for at least. It’d be nice to return every once in a while to try new creations or even try the ones that have been improved on.

Previous articleChillax by AMEX: A Bar Hopping Experience Only For Cardholders
Next articlePokemon Cafe Popup: Back With More Food That Look Too Cute To Eat