Sumo Big Prawn Noodle first took the country by storm when they opened in Ang Mo Kio back in September 2016.

Incorporating the use of other crustaceans into their signature bowl of prawn noodles, they offer premium ingredients such as lobsters and crayfish at affordable prices. Being the first of its kind then, owner and Chef Desmond has outdone himself again. Just recently, in June 2018, Sumo Big Prawn Noodle added a new item into their menu — lobster steamboat. 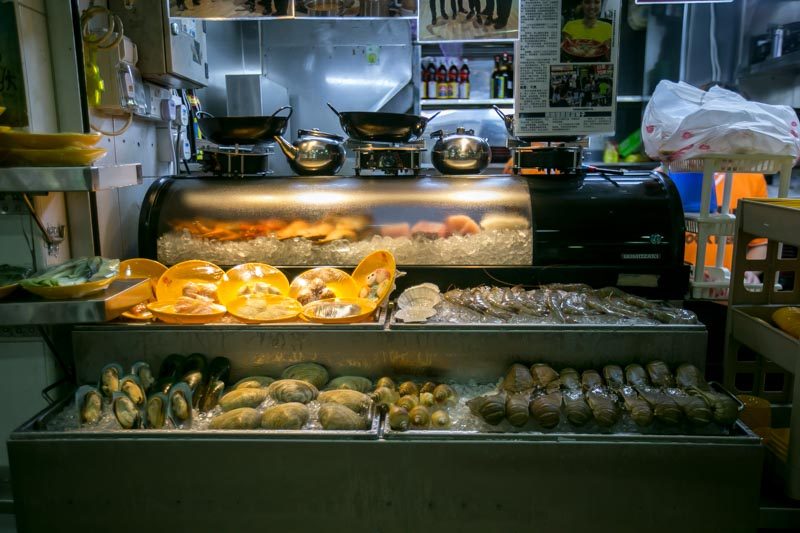 An all-seafood steamboat with luxury ingredients like lobsters and crayfish in a hawker centre is the first of its kind in Singapore. The Lobster Steamboat Set ($25) includes one lobster, two big prawns and a handful of clams on top of free-flow prawn broth. I’ve been addicted to the broth since they opened in 2016. And lobster steamboat for just $25? I’m sold.

We heard the broth had a tendency of getting too salty after being boiled with an excessive amount of seafood. Thus, we opted to add other items to give the broth more depth of flavour.

The vegetables definitely helped abate the saltiness of the broth and the beancurd skin was shiok, having absorbed a substantial amount of their signature prawn broth. 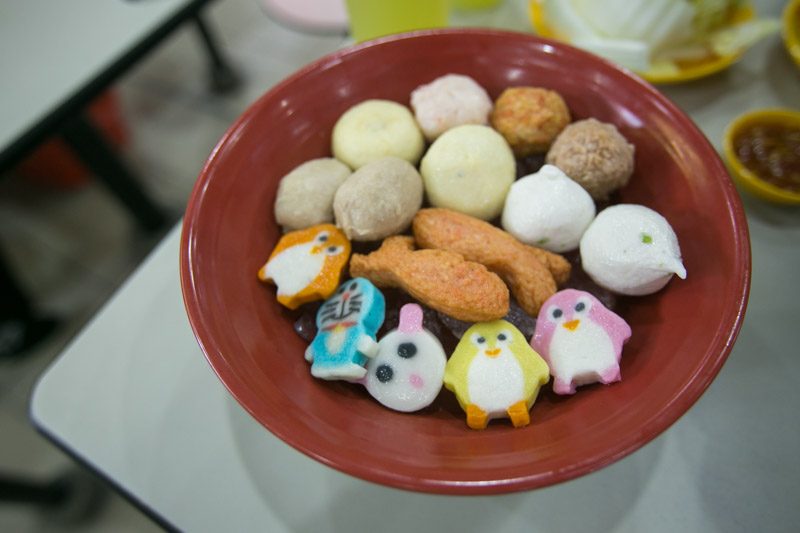 The frozen foods included a selection of cartoon character fish cakes and mushroom, lobster and meatballs. These are sold at $2.20/3pcs and is a great alternative for kids who have yet learnt to appreciate the luxurious, sweet meat of the crustaceans. 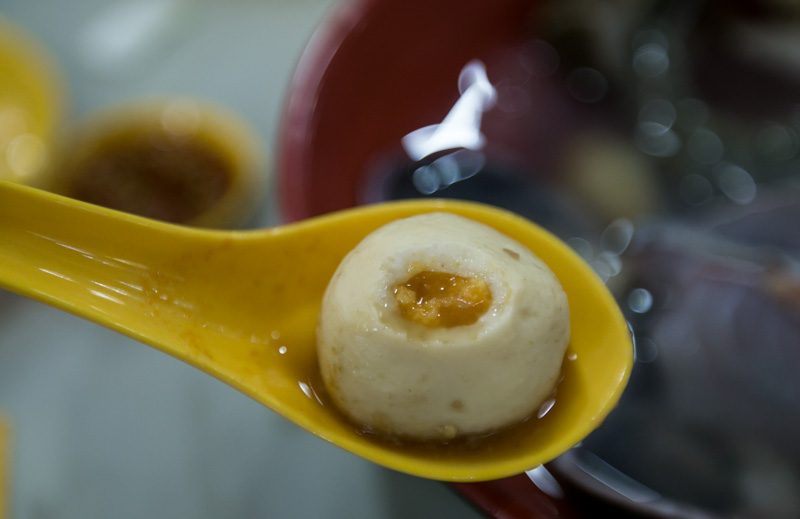 Although these were bought from an external vendor, we enjoyed the Salmon Egg Rolls that was basically a fishball with salmon roe oozing out. Being cooked in the prawn broth gave it an additional sweetness that fed my all-things-salmon addiction.

But all this goodness aside, the spotlight had to be the lobsters. 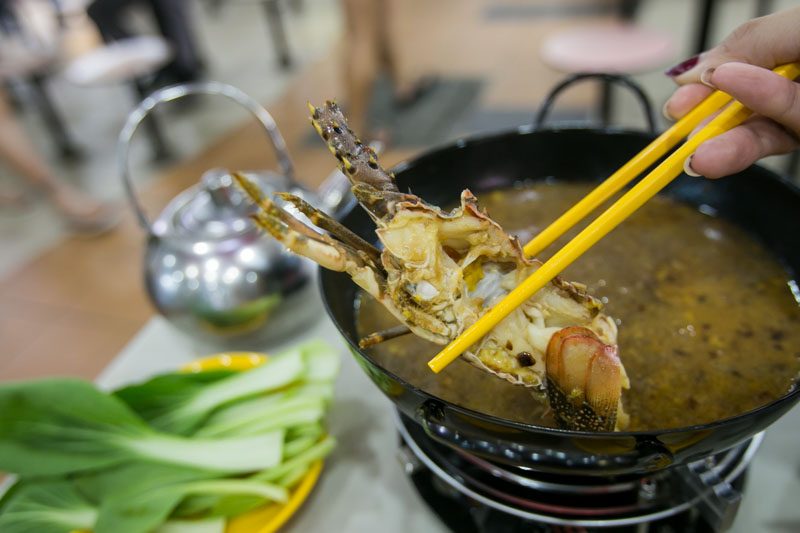 Alone, the lobsters are sold at $20 apiece. But I was slightly disappointed when I saw how small it was. Then again, for just $20 (while most restaurants sell it for $50 and up), I guess I shouldn’t have expected too much.

Size aside, the lobster was fresh and the rich, salty prawn broth complemented the sweet lobster flesh. Having shared one lobster with a friend, that half was not sufficiently satisfying but I was hesitant to break my bank and order another. I comforted myself and indulged in the other seafood items. Amongst these were the standard few items available at most steamboat places, including prawns, scallops, clams and mussels. 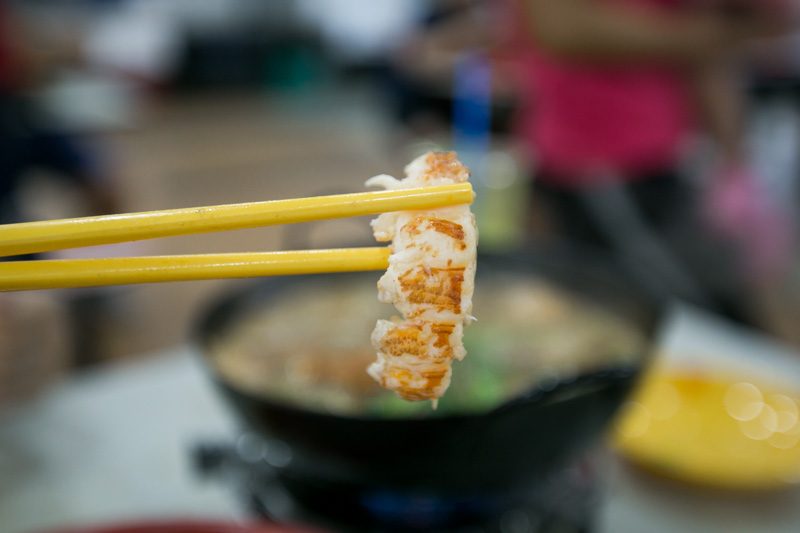 Unwilling to splurge on more lobsters, we opted for the next best option — Crayfish ($3/pc). The crayfish was succulent and sweet and definitely went well with the prawn broth.

Available at a more affordable cost, we’d recommend the crayfish over the lobster as it doesn’t break the bank. 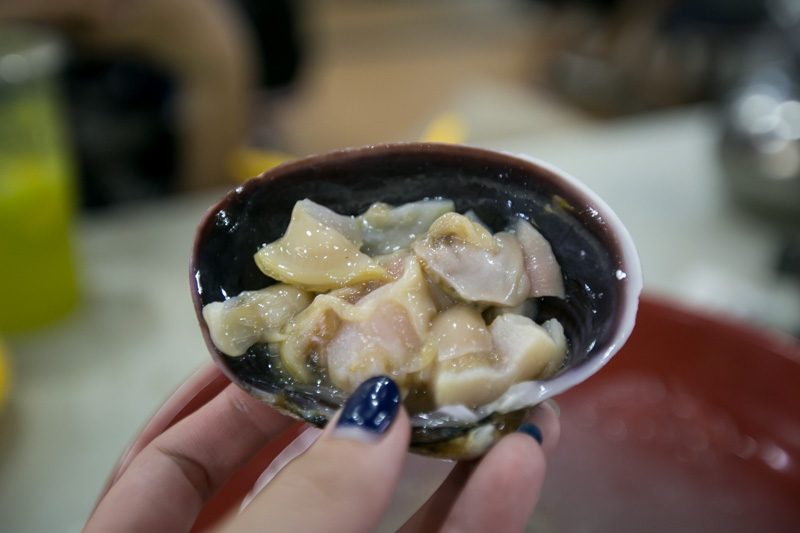 However, the Chang Shou (长寿) Clams ($7.80/3pc) came recommended by Desmond and we got our first taste of this unique clam. Not readily available, Sumo Big Prawn Noodle boasts of this rare gem they found in Japan that is usually sold for over $10 apiece.

These clams require minimal cooking. Just a few swishes in the boiling broth, a dip in their signature chilli, and it’s ready to go into your tummy. However, the minimal cooking meant the briny taste of the clams could still be tasted.

Overall, it is an acquired taste as most of my friends thoroughly enjoyed it. 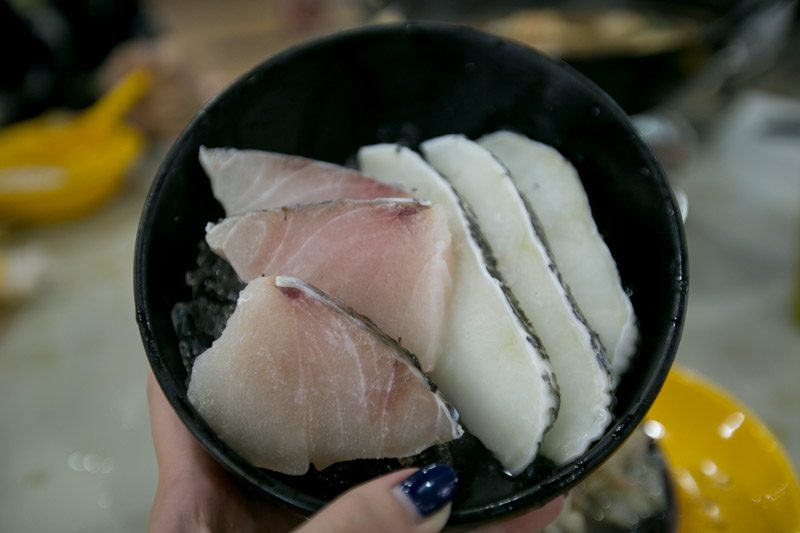 The only gripe we had was that the strong taste of the broth was overpowering and the delicate taste of the fish was masked. Then again, it might have been due to the fact we forgot about the fish and left it swimming in the boiling broth for too long. 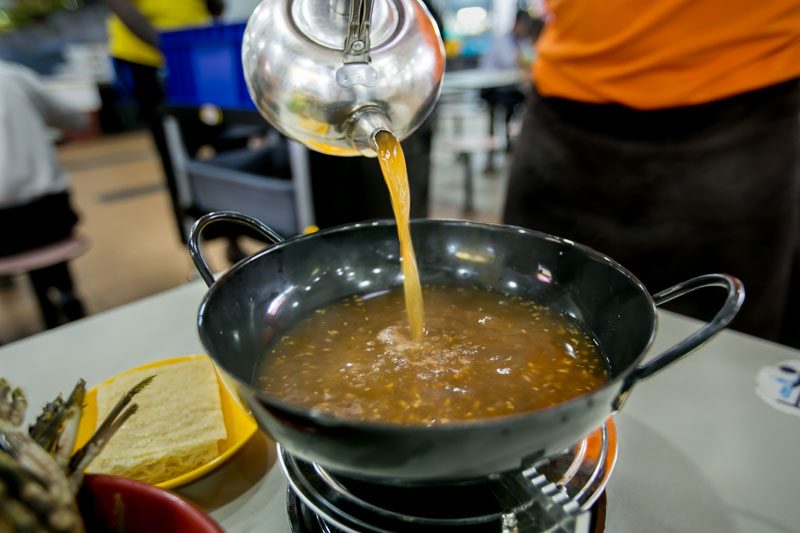 What I’ve loved about Sumo Big Prawn Noodle since its conception was the thick and rich broth. With no MSG used, the broth is boiled with prawn shells and pork ribs for hours, making it the ideal broth for a seafood steamboat.

However, with the abundance of seafood we had thrown into the pot, the broth grew too gao for my liking. But a request to add some hot water to dilute the overly-thick broth soon made it perfect for drinking once again. 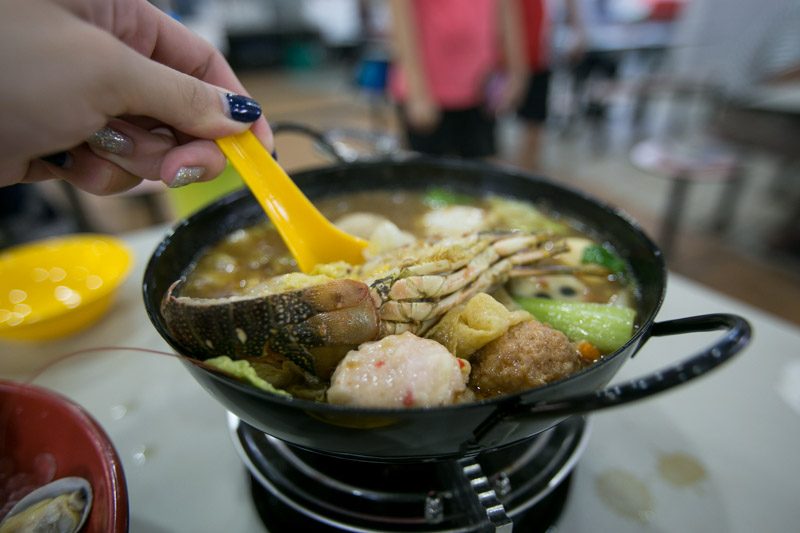 In retrospect, the lobster steamboat is rather pricey for a hawker centre. However, when you think about what you’re actually getting — lobster and other fresh seafood items — the price is justified.

So if you have a personal preference for seafood and don’t mind splurging a little for a sumptuous dinner, the lobster steamboat has to be on your list of things to try. Available daily from 5pm to 11pm, grab your friends and head on down to Ang Mo Kio today!

Expected Damage: $25 and up