Another mookata restaurant has joined the fray at Golden Mile Tower, competing to be – if not the best – the cheesiest mookata place you can find there. Sumo, located at the basement of Golden Mile Tower at Beach Road, offers traditional mookata (Thai BBQ), with a slight twist – in the little “moat” of soup around the grill pan, sits a small pit of a mixture of melted mozzarella cheese and nacho cheese. 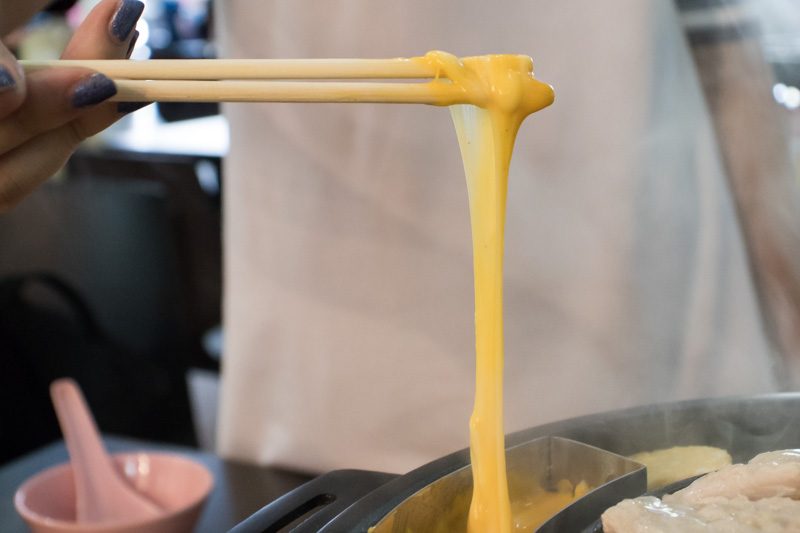 This cheese, as you may have guessed, is to act as a dip for the barbequed meats, seafood, and other items at Sumo. Just picture smoky charred meat enveloped in a glorious blanket of ooey-gooey melted cheese. Yes, it’s what dreams are made of.

At Sumo, they have quite the variety of meats, seafood, and other frozen items, all of which are available as part of the buffet for $29.90++ per pax. If that sounds a little pricey, fret not. There’s an ongoing promotion which allows you, along with three other people, to dine for the price of three! I was rather impressed with the selection of pork items they had. There was everything from regular pork belly, to spicy pork collar, to black pepper pork slices. 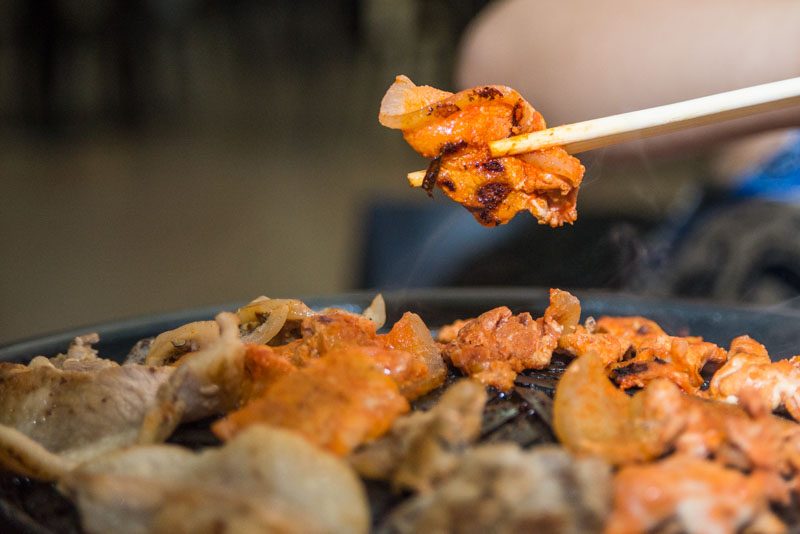 These were thinly sliced, and cooked rather quickly on the grill. Out of all the different varieties of pork, I think my favourite was the spicy pork collar. By themselves, these slices of pork were sweet, and had a little kick of spice as well. However, I do wish they were a little juicier. The black pepper pork was also quite decent. Biting into the pork released a fragrant, smoky peppery flavour that was quite palatable, though it definitely could have been juicier as well. But of course, that’s what the cheese is for, isn’t it? To make everything taste and feel better. So I went ahead and dunked my pork into the pit of melted cheese, and mamma mia! The cheese was so stringy and stretchy I had such a hard time trying to pull my pork away.

As I bit into the cheese-covered slice of pork, I first noticed the play on texture. The soft, chewy cheese provided an interesting contrast to the crisp, charred meat.

Okay, I’ll admit that this wasn’t the finest of cheeses, it tasted like cheap artificial cheese. Yet, artificial as it was, that’s what comfort food is supposed to be; not the best, but indulgent in a way that is rather comforting. 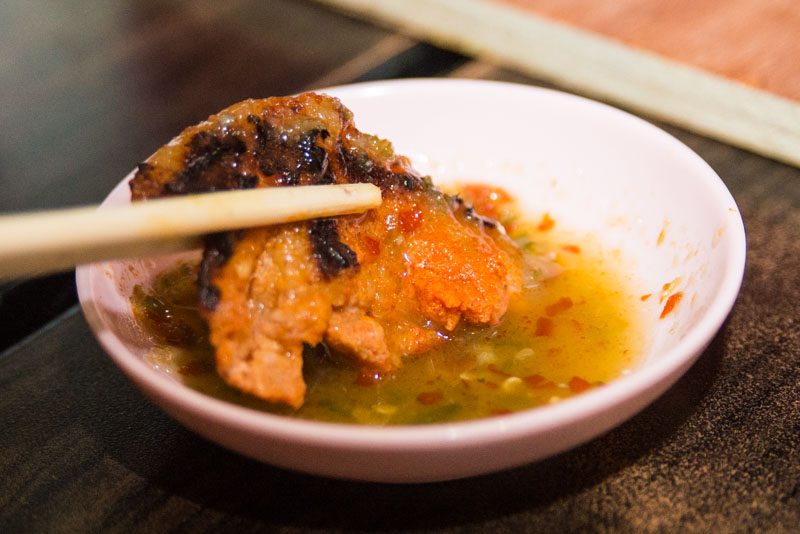 What was better than the cheese dip, though, was the spicy sauce. Sumo offers two levels of spiciness: spicy and medium.

Pictured above is the spicy, which was fiery, tart and a little sweet. This was the perfect complement to the barbequed meats. Definitely a must-try! Besides meat, the seafood selection includes prawns, clams, crayfish and even crab, I was spoilt for choice.

Opting for something healthier (I did not want to suffer from heartburn), I decided to cook the prawns, mussels, bamboo clams and crayfish in the soup, rather than grill it.

Let’s start with the soup, it is chicken-based and has a mildly sweet flavour. By itself, its flavour is decent, though it isn’t very full-bodied – and that’s where all the seafood and Tom Yum Mama come in. 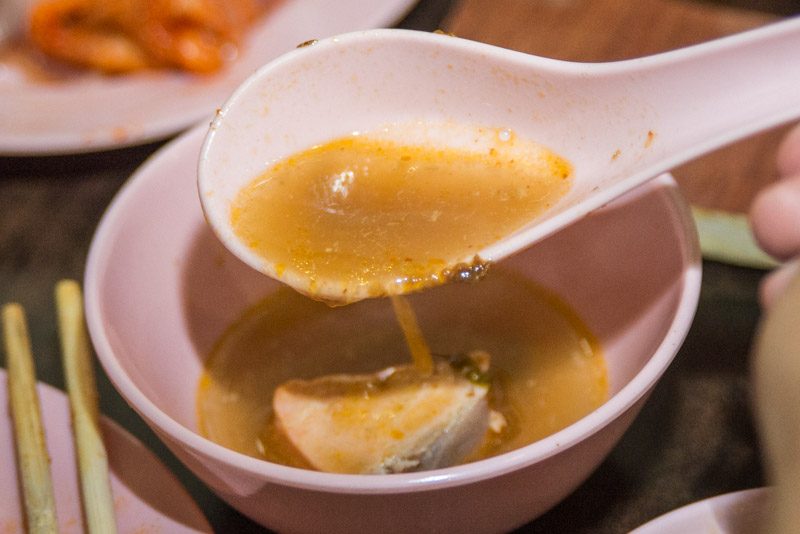 Cooking the seafood in the soup and adding some Tom Yum Mama seasoning, created a seafood tom yum soup that was overflowing with umami. And not forgetting the spice, which made the soup all the more palatable. 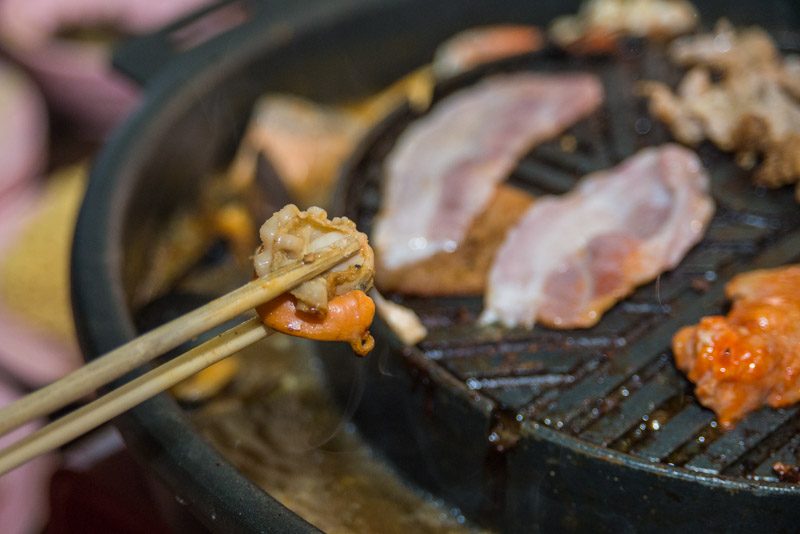 As for the seafood, they were all quite fresh. My favourite was the scallop, nothing beats biting into that sweet and succulent flesh.

The tom yum flavour was also infused into the prawn, giving it a subtle tang that was rather enjoyable.  The bamboo clams were also sweet and chewy, making quite the treat! 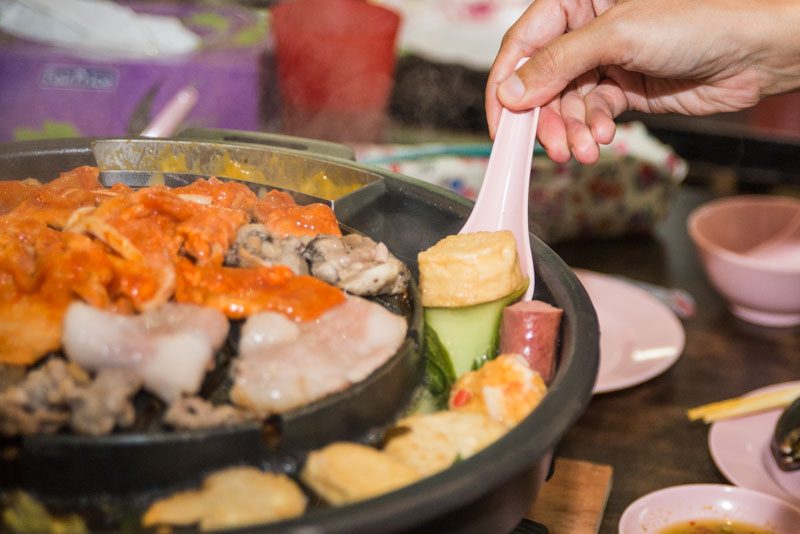 Besides proteins, there were also many frozen items available. Out of everything, which included meatballs, sausages, fish tofu and the like, I’d have to say the cheese tofu was the best. For those who like to pack on the carbs, don’t worry. Sumo also offers maggie mee, glass noodles and others that’ll fill you right up. In addition, there is a small selection of vegetables (my favourite was the baicai) to help you balance an otherwise meat-heavy meal. 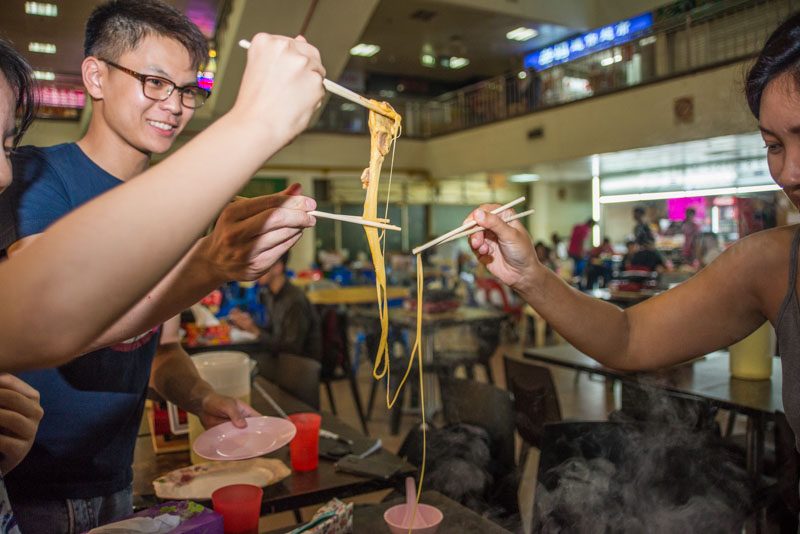 While Sumo might not be the best mookata place out there, it does offer something rather different.

I know cheese mookata isn’t the newest thing on the market, but I thought that mixing mozzarella cheese with nacho cheese was quite inventive. You get the stringy, cheese pull effect from the mozzarella, and the tangy flavour of the nacho cheese; basically the best of both worlds!

And don’t forget, there’s an ongoing four for the price of three promotion that you just can’t afford to miss.