If you’re on the hunt for some new bubble tea, The Alley has the perfect drink for you—their latest Yoghurt series. 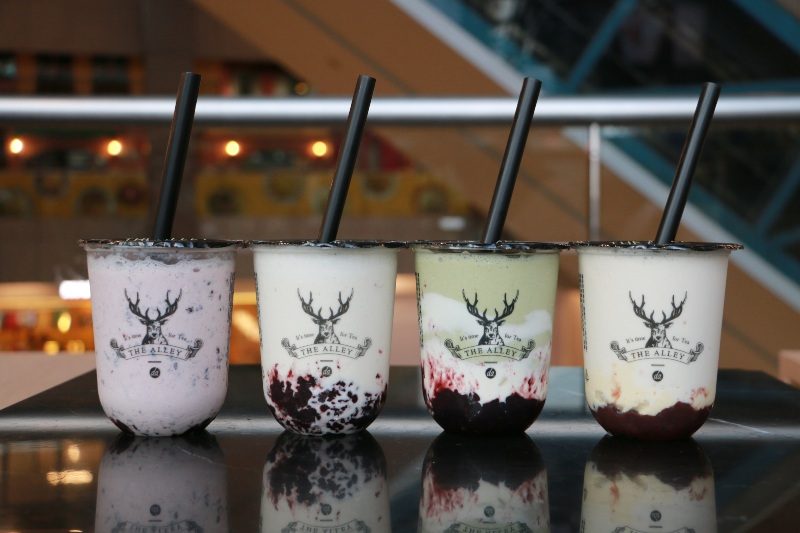 Their newest Yoghurt series is made with Greek yoghurt and chewy purple rice as a base, almost as a replacement for pearls. The Alley has created four variations of the Yoghurt series: Original, Peach Oolong, Matcha, and Create Your Own.

All drinks come in a standard size, in their signature packaging with the logo on both sides. They are available with 25%, 50% and 100% sugar level and I chose to get 50% sugar for all of them. 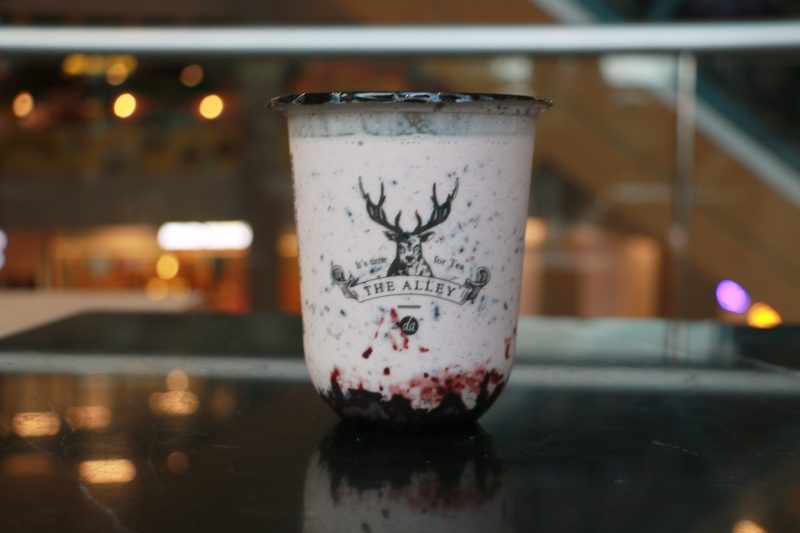 For the Original (S$5.30), Greek yoghurt is ice-blended with bits of chewy purple rice with purple rice as the base. I was advised to use a straw to stir the purple rice at the bottom instead of shaking or tilting the drink.

My first taste when I took a sip was the initial sourness due to the Greek yoghurt, followed by the sweetness and chewy texture of the purple rice. I was stunned at first because I didn’t know Greek yoghurt had been used and wasn’t expecting it in the drink.

However, the more I drank, the more I enjoyed how the tartness of the yoghurt was balanced with the subtly sweet purple rice. 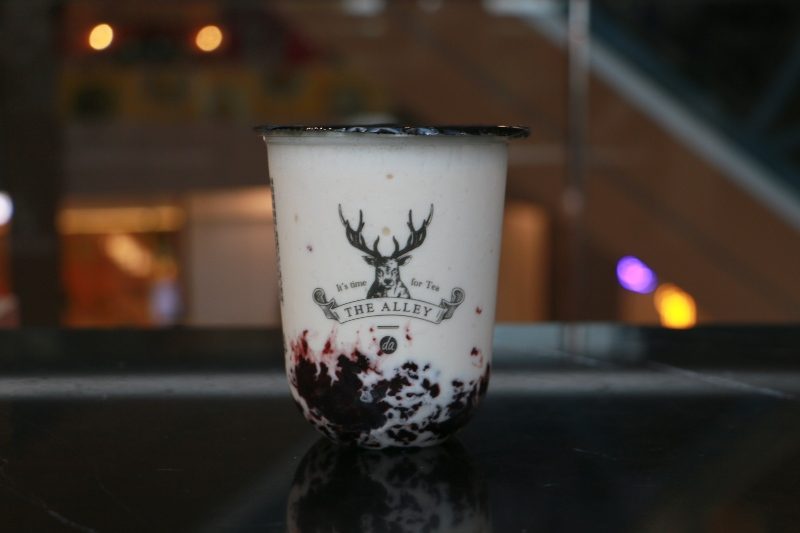 The next variation was Peach Oolong (S$5.80), made from Peach Oolong Tea and Greek yoghurt ice-blended together, with the same purple rice as a base.

After trying the Original, I was more prepared for the sourness of the Greek yoghurt. The first flavour I recognised was peach, and then a combination of both oolong and yoghurt. In this drink, I found it slightly difficult to distinguish between the oolong and yoghurt flavours, but the purple rice helped to end on a sweet note. 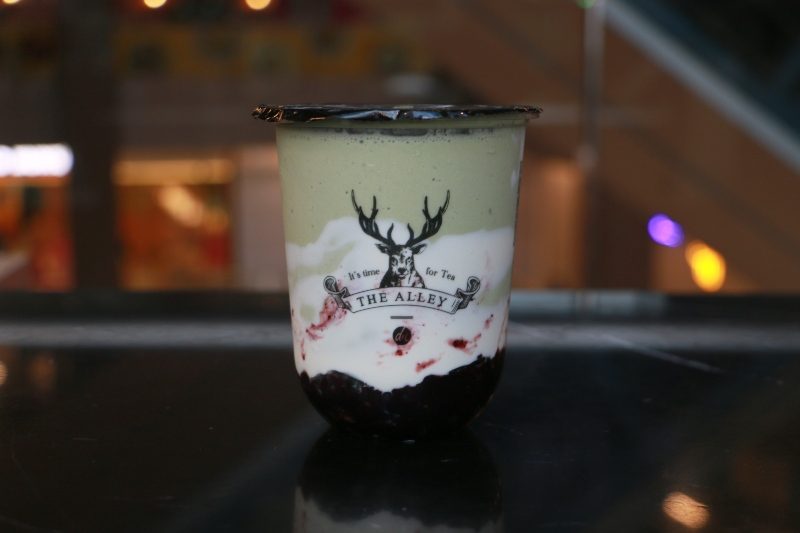 I then tried Matcha (S$5.80), which contained layers of matcha, ice-blended Greek yoghurt and purple rice again, as a base. I stirred the drink with a straw to mix the matcha and yoghurt.

For this variation, the sour Greek yoghurt taste hit my tongue first, while the matcha was a mild aftertaste. I was expecting a stronger matcha taste, but I was told that the matcha was already relatively strong with 50% sugar as compared to 25% sugar. As usual, the sweet purple rice was a welcome taste, and had a nice bite in contrast to the stickiness and chewiness of tapioca pearls. 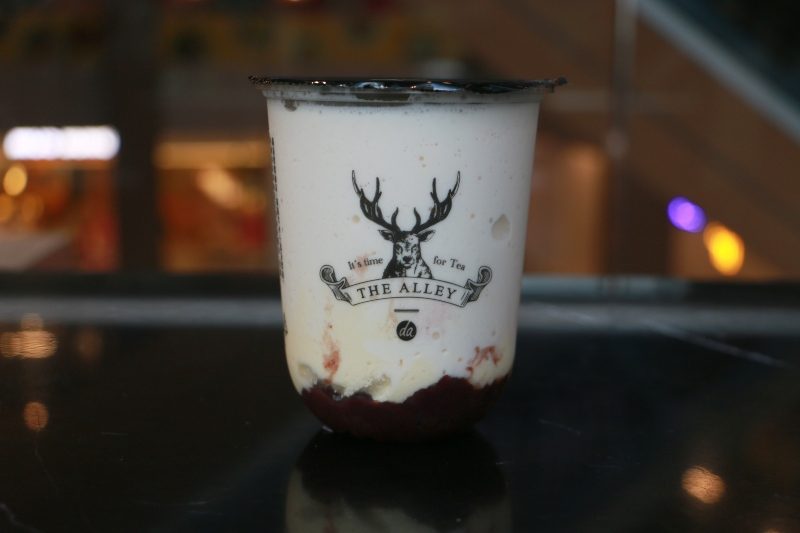 Lastly, I was able to choose two toppings out of four (pearls, pudding, azuki red beans and purple rice) for the Create Your Own (S$4.80) drink. I selected pudding and red beans, and the drink came with ice-blended Greek yoghurt, red beans as the base, and pudding layered on top of the beans.

Out of all four drinks, the Greek yoghurt here tasted the least thick, probably because it hadn’t been mixed in with any other flavours. The sweet pudding added a creamy bite to the drink and the distinct red bean taste complemented the yoghurt’s tartness.

After trying out the whole Yoghurt series, it was safe to say that this was a pleasant change from the usual ‘milk tea with pearls’ that I was used to ordering. It’s not easy to find a huge bubble tea chain that is willing to innovate new drinks with yoghurt, especially with Greek yoghurt, which is a healthier option.

My final thoughts: I actually really enjoyed these new drinks, especially the Original and Create Your Own variations. The purple rice as a substitute for tapioca pearls was a refreshing change, and it paired well with the richness and acidity of the yoghurt. The Create Your Own option was also great because it can be customised to your personal preferences.

For those who are big fans of yoghurt, you’ll definitely enjoy this series!

Dates & Times: Available from 9 February 2020 onwards at all The Alley outlets