When we arrived at The Venue Shoppes, we could see a bright and cute signboard displayed prominently from a distance — that’s when we knew we found The Beef Station. Located in Potong Pasir, this dining spot has an all-glass storefront, which meant an ample amount of natural lighting indoors. Natural lighting and the warm interior finish gave the eatery a cosy and welcoming ambience. With a seating capacity of around 50 customers, this humble abode had people coming in for a meal even in the morning. 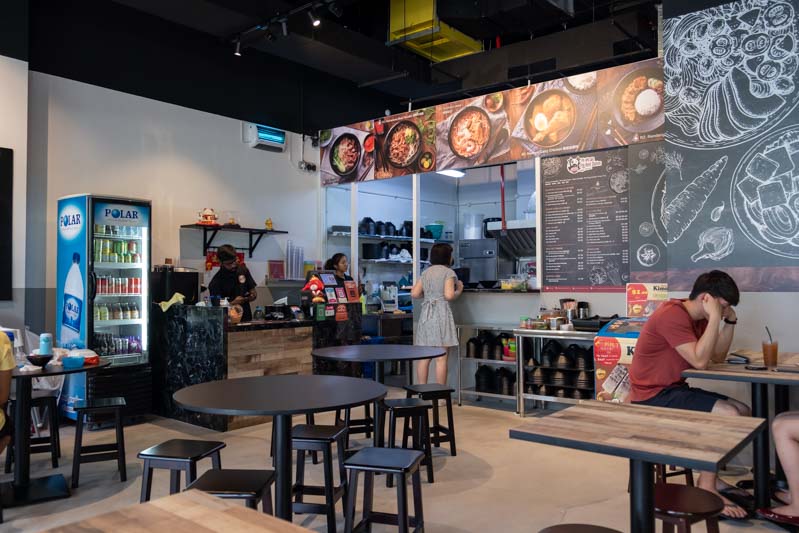 The Beef Station had a distinct beef aroma that wafts through the shop as the eatery had an open-kitchen concept. Mmm, I could hardly wait to dig in!

Since they’re known for their Hainanese-style beef noodles, that was exactly what we went for. Unlike other Hainanese beef noodles with herbs used in the broth, the beef broth that The Beef Station serves doesn’t contain any herbs. 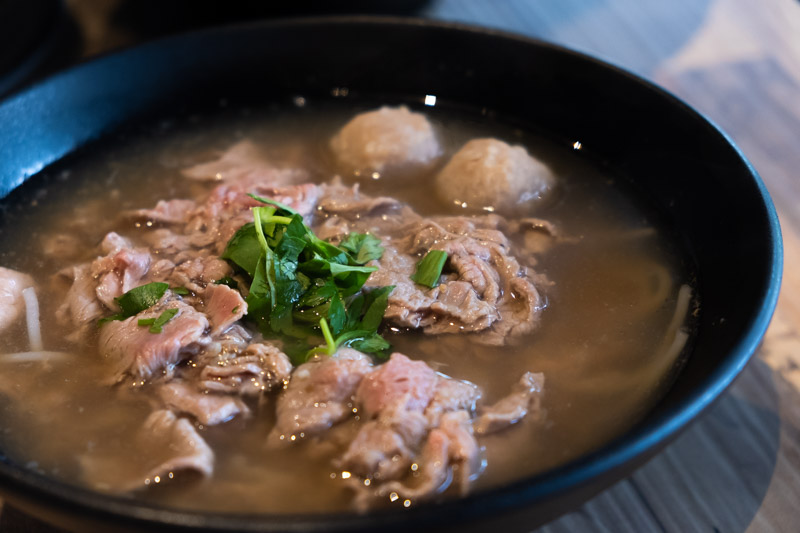 With various condiments such as cilantro, beansprout, and crushed peanuts, we decided to keep things simple to preserve the original taste of the beef broth. We ordered the Hainanese Beef Noodle ($7), in both the soup and dry versions.

A generous amount of beef slices was given which was a major plus point. The beef broth was pleasingly light, which made it perfect for a breakfast meal. The beef slices were a little chewy and every time I chewed on the slices, the broth oozed out of the beef and tantalised my taste buds. You can choose the type of noodles you want, depending on your personal preference. Four types of noodles are available: Thick Bee Hoon, Yellow Noodle, Thin Egg Noodle, and Kway Tiao.

We tried the Thick Bee Hoon for one of our bowls. The bee hoon was smooth and springy, and its texture went really well with the lightness of the broth. With the same generous amount of beef slices, the Hainanese Beef Noodle dry version was drenched over with a thick and gooey gravy. The gravy clung on to the noodles and beef slices as I lifted it up, allowing every mouthful to be coated in the rich zhup.

I prefer the soup version because it had a lighter consistency, and mainly because I’m not a huge fan of food with gooey gravy. If you’re up for something spicy, then you need to try the Spicy Mala Beef Noodle ($7). Unlike other mala dishes which usually come with only a small puddle of spicy gravy at the base of the bowl, this bowl is filled to the brim with mala gravy. The Spicy Mala Beef Noodle looked rather intimidating. I mean, just look at how red the gravy was, and look at the amount of chilli used! This had the same gooey texture as the dry Hainanese Beef Noodle, except that the gravy has been doused with pepper, spices, and chilli. The intensity of the spiciness was optimal, good enough to numb my tongue, but still allowing me to taste the spices in the gravy.

The taste resembled the Samyang Hot Chicken Ramen. As I took my first bite, I could taste the beef fragrance and the spices used. Thereafter, the spiciness kicks in and there went my tastebuds. There are drinks available at The Beef Station, so I would advise you to grab a drink before proceeding with this meal. 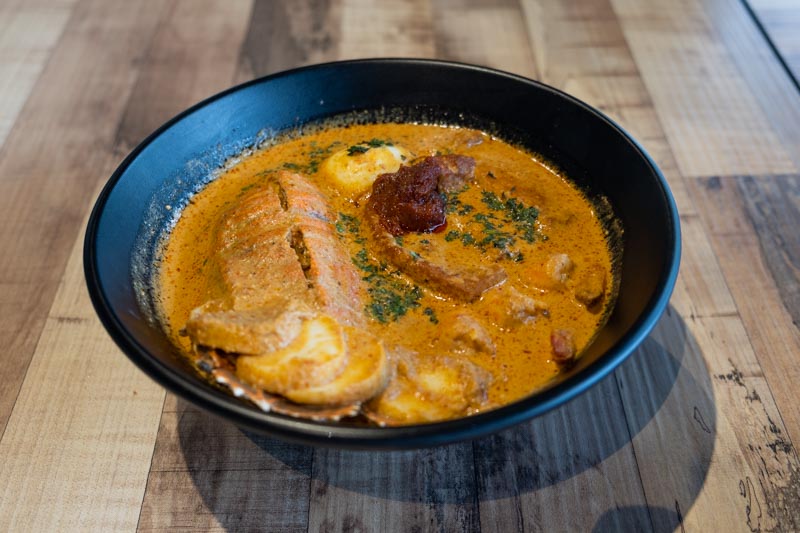 They also have a weekend special, the Crayfish Laksa ($15). This bowl of laksa is prepared Nonya-style, with ground hae bee hiam (dried shrimp sambal) added into the gravy, which gave the gravy a gritty texture. 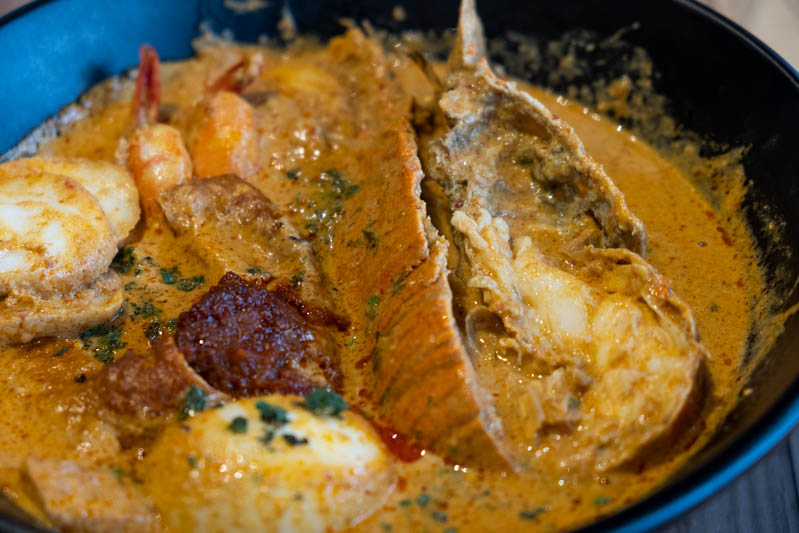 Not to worry, this dish isn’t as spicy as the Spicy Mala Beef Noodle. The spiciness was just right, which gave me an opportunity to savour the glorious laksa gravy.

I absolutely love this dish because the laksa gravy had a thicker consistency, and stuck to the noodles and ingredients as I slurped it down. The star of this dish was definitely the crayfish. Little to no effort was needed when removing the meat from its shell. The crayfish was juicy and sweet, and I enjoyed the combination of laksa and crayfish. Both complemented each other, though I wished there could be more crayfish!

I enjoyed my meal at The Beef Station thoroughly. Priced reasonably, this eatery caters to the general public. From their generous and tender beef slices, to their mouth-searing mala noodles, and their sinfully good crayfish laksa, there’s something here for everyone!

Previous articleTerang Bulan: Red Velvet & Matcha Kit Kat Murtabak Manis At This Speciality Store In East Village
Next articleEllenborough Market Cafe: S$18++ To Stack As Much Food As You Can On A Plate At Swissôtel Merchant Court