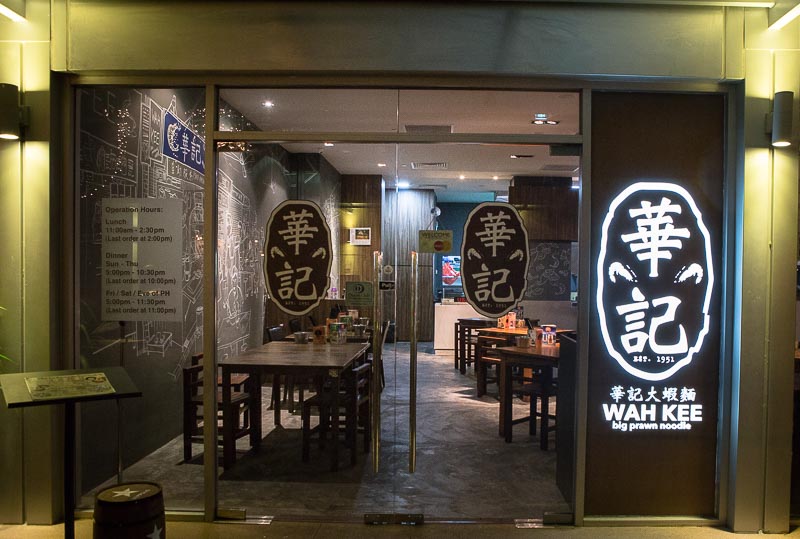 For all you prawn mee lovers out there, I’m sure the name Wah Kee Big Prawn noodle rings a bell or two.

Having been around since 1951, its original stall nestled in Pek Kio Market racks up a longer history than most of us here. Known for its extremely piquant soup and for serving top quality prawn noodles topped with huge deep-sea prawns, Wah Kee has amassed a huge following of fans over the decades. Located at Esplanade Mall, the 60-seater air-conditioned restaurant which opened in December 2016 is an upscaled version of its older hawker counterpart, which you can read more about it in our previous review.

But more than just an expansion of the original stall, Wah Kee at Esplanade seeks to distinguish itself by serving not only their speciality prawn noodles but also a range of other delectable seafood as well. Just recently, Wah Kee unveiled their first-ever hot pot, BIG WAH! Kee Pot. For just $30, you’ll get a platter of seafood (below) and a hot pot filled with the goodness of its well-loved aromatic prawn mee broth. 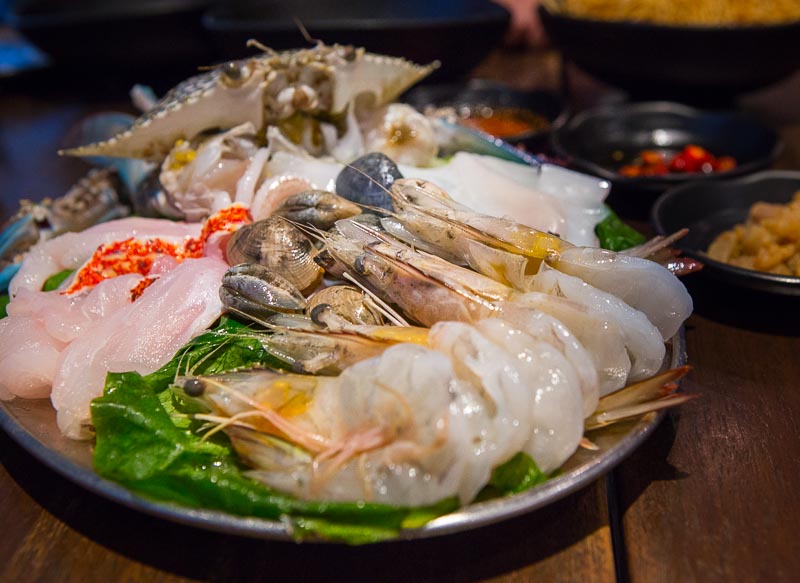 The platter of seafood is good for one to two pax, which includes flower crabs, slices of red grouper fish, a couple of prawns, squids, clams, cabbages, eggs and rice.

You can also choose to opt for their Deep Fried Rice and Deep Fried Mee Kia instead of just plain white rice, which goes extremely well with the little bit of broth you’ll probably be left with near the end of your meal. 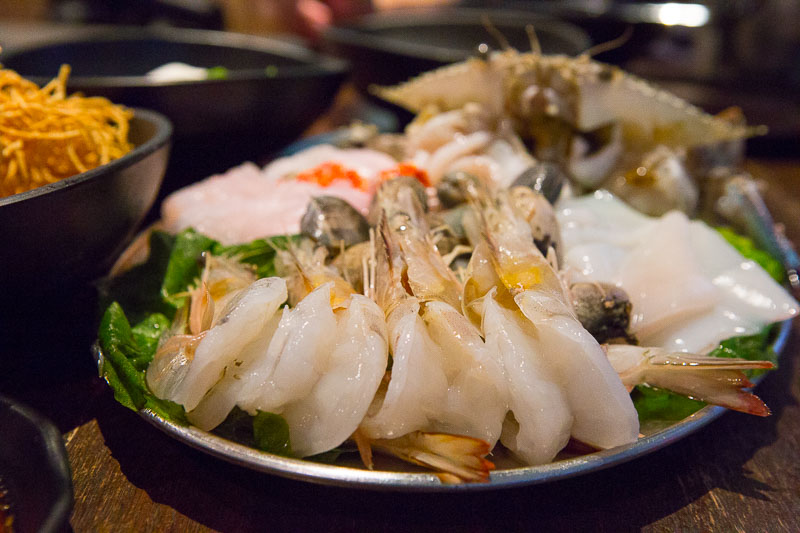 Aside from the variety of seafood bestowed upon us, another thing that impressed us was when we found out that Wah Kee only uses wild caught prawns, which are much harder to obtain. But they do it because it’s definitely better for our health since wild caught prawns do not contain any antibiotics that could harm our bodies. 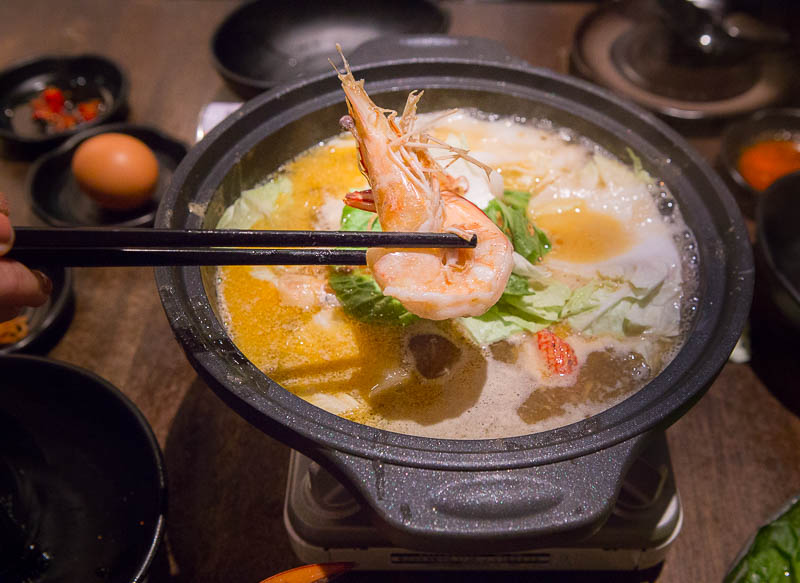 Once the soup was boiling, our famished souls dug in almost immediately.

The prawns were plump and juicy, and firm to the bite. Much like the ones in its prawn noodles that have won over the hearts of many over the years. (Thank you for helping us de-shell them too!)

The broth used is also the same robust soup they use for their noodles, which is brewed and simmered for up to four hours and does not include pork ribs or pig tails, which may compromise the richness of its shell flavour. We could definitely tell the difference after trying out the soup ourselves because I promise you it was one of the best broths I’ve ever tasted.

The best part is that the broth is refillable so don’t be shy and drink to your heart’s content! Crabs in prawn mee? Yes! What seemingly felt like a novel pairing, turned out to be the perfect balance you never knew existed. The natural sweetness of the crab infused with the aromatic broth of the soup and although the flower crab was not very large in size, it was more than enough to satisfy our cravings so we can overlook its small size. 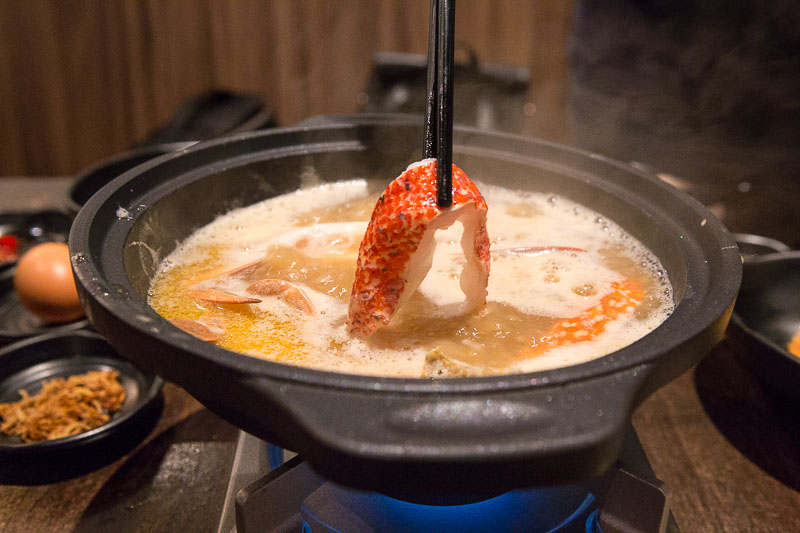 While the prawns and crab stole most of the limelight, the red grouper also put up a tough fight for our affection. It didn’t have the usual fishy taste, and the tenderness of the meat was soft and pleasant to the tongue and palate. Not usually a big fan of fish, even I couldn’t resist reaching out for more. 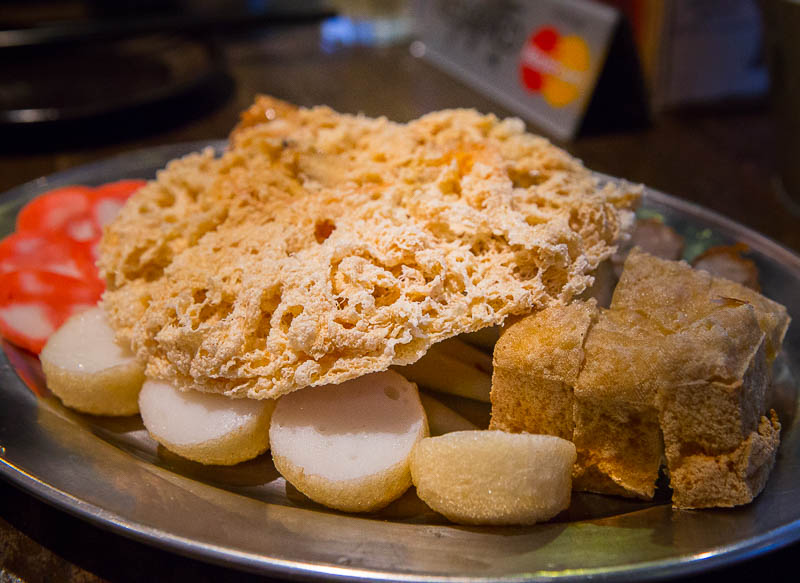 Also, if you’re like me with a bottomless pit for a stomach, you can also order a Wu Xiang Platter ($12) on the side, which comprises of crispy Wah Kee Prawn Crackers and their speciality Bean Curd Skin Roll with Prawns. We shared one platter alongside the hot pot, and it left us comfortably full. 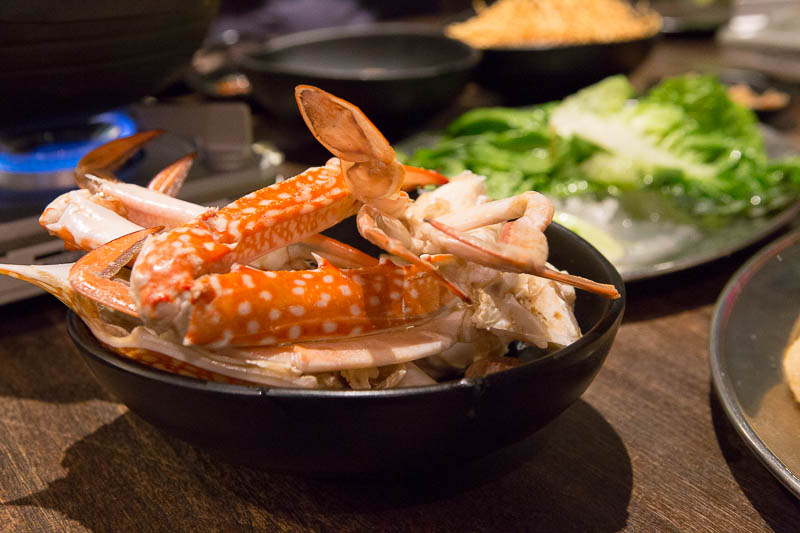 All in all, I was really surprised to find such affordable food near esplanade because we all know food there can be a little pricey. But Wah Kee really surprised me and although their set meals aren’t free flow like the broth, I’d definitely still come back again for seconds.

Previous article10 Vietnamese Dishes Other Than Pho That You Absolutely Must Eat When In Ho Chi Minh City
Next articleRhombus Pizza: DIY As Many Mini Pizzas As You Want At This S$15 Free-Flow Buffet In Changi Rd