People’s Park Food Centre is home to a ton of good hawker food and Toh Kee Roast Duck is certainly no exception.

Toh Kee is Singapore’s oldest roast meat stall and it has been around for an astonishing 93 years since opening in 1926. Back in 1918, the boss of the current chef would hoist the roast ducks on poles and sell them while walking around Chinatown. 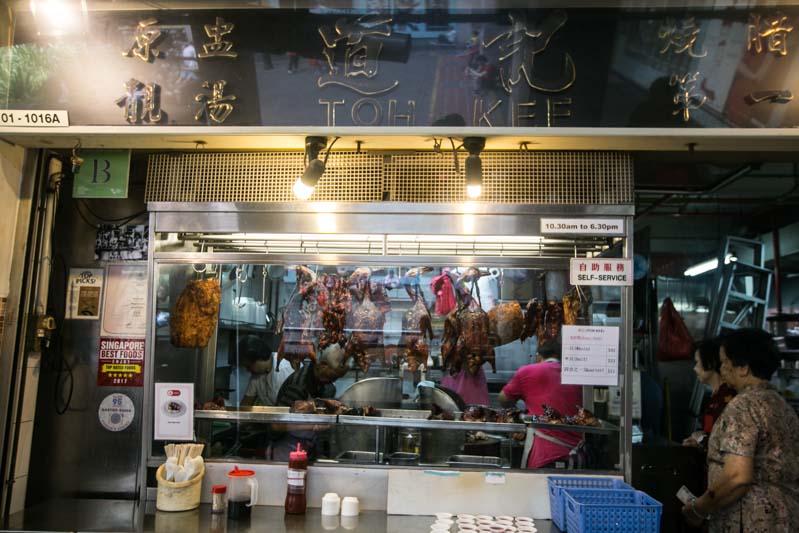 ‘You might notice that Toh Kee’s roast ducks are a shade darker than other stalls. It’s not because it’s more chao tah (burnt) than other ducks, but it’s due to the fact that the stall uses an ancient 60-year-old brick-lined charcoal roaster to roast its ducks.

The roaster, which resembles a steel barrel, is no longer in production so it’s literally the last of its kind. 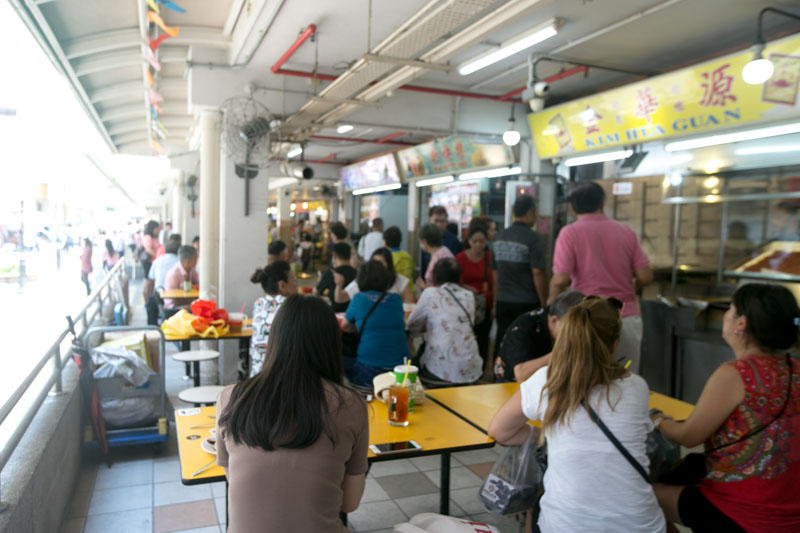 People’s Park Food Centre is filled with a myriad of delicious and tongue-numbing food choices, such as the ever-popular 日日紅麻辣香鍋 (Ri Ri Hong Mala Xiang Guo).

For those unfamiliar to the bustling hawker centre, it’s located right outside Chinatown MRT. Toh Kee Roast Duck faces the MRT, near to where OG People’s Park is. The plate of Twin Mixed Roast Meat (Duck & Char Siew) (S$6/S$8) came looking pretty bare, with no vegetables or sides. But considering this was a 93-year-old traditional roast meat stall, I expected it.

The no-frills presentation reminded me of the old days. Hawkers would simply pile on haphazard scoops of plain white rice and slap on a handful of hand-chopped meat. They would then messily slather the plate with a scoop of brown gravy.

Speaking of gravy, if you love your rice drenched with sauce, you’d love Toh Kee. A bottle of dark gravy is placed right next to the condiments so you can douse your plate with as much gravy as you’d like. 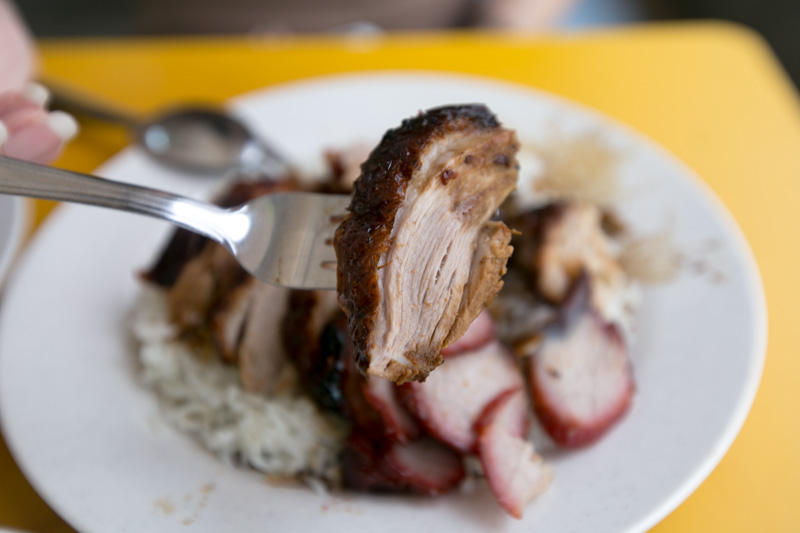 The duck was tender, soft and savoury, just the way I liked it. It had a good meat-to-fat ratio and the layer of gelatinous fat under the duck’s skin was deliciously smooth.There was just the right amount of oil to coat both the skin and meat such that the duck wasn’t overly oily or dry.

However, as I continued chewing on the duck, there was a slight odour to the meat and the aftertaste left my mouth dry like sandpaper. 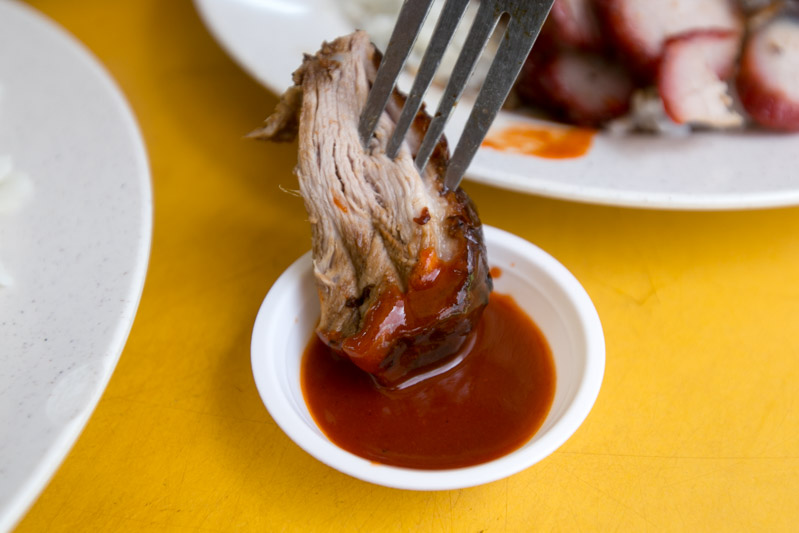 I enjoyed dipping the duck in the chilli sauce, which was tangy and mildly spicy. It had hints of lime in it, which cut through the fatty jelak-ness of the duck meat, and whetted my appetite. Unfortunately, the char siew was incredibly disappointing. I expected tender and juicy cuts of char siew, dripping with oil and sauce from its distinct layers of fat. However, Toh Kee’s rendition of this Chinese classic was dry, tough and flavourless.

While it was crispy on the edges, the actual flavour of the char siew wasn’t pronounced at all. In fact, I had to wolf down three or four slices until I could taste that characteristic meaty and pork-ish char siew taste. The one thing that my dining companion and I agreed on without hesitation was how delicious the gravy was, paired with white rice.

The white rice was moist and fluffy, and the dark gravy was sticky sweet, with a distinct caramel and smoky taste. It reminded me of a mix of dark soy sauce, oyster sauce and duck jus. 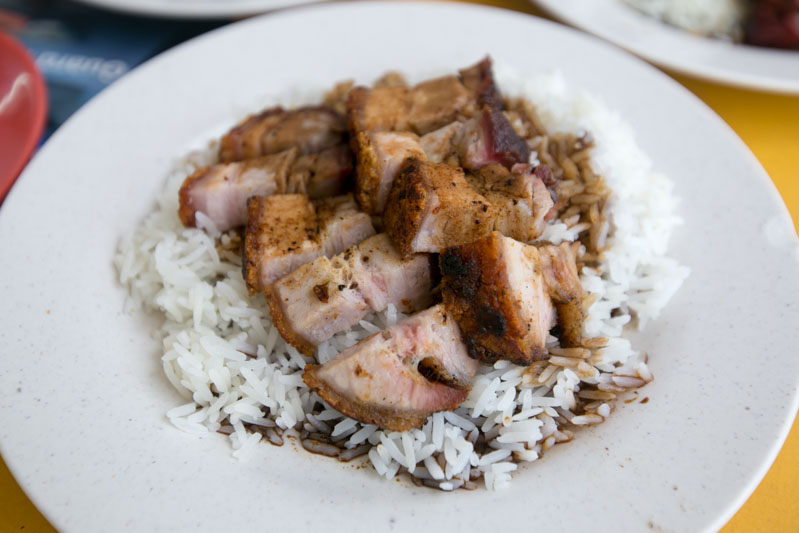 The Roast Pork Rice (S$5.50/S$7) came with thick cuts of roast pork on top of a bed of white rice. Just like the other dishes, this was also served without vegetables or sides. While it looked impressive with its peppered sides and crisp crackling skin, Toh Kee’s roast pork was actually really salty. I could only down a couple of bites before pairing it with white rice to even out the saltiness. However, the aftertaste was pleasantly smoky.

The crackling skin was nice and crispy, but it was a tad soggy, somewhat like deep fried prawn crackers that had been left out for too long. 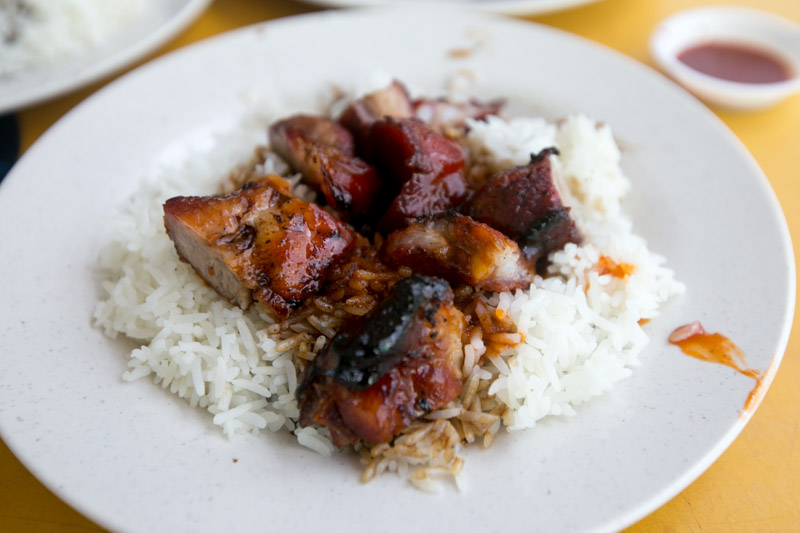 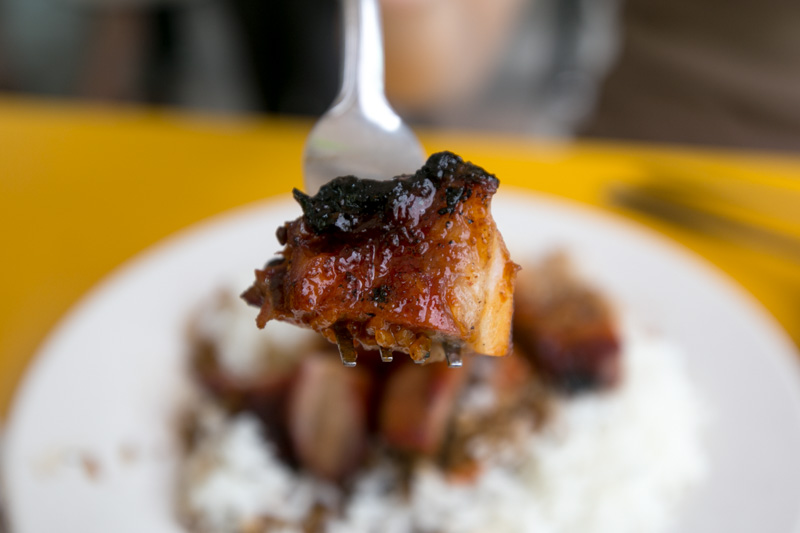 The chunks of spare ribs were gorgeously fatty, juicy, and coated with a fine layer of juice and oil. However, the spare ribs were tough and dry, and there was a fair amount of soft bone, resulting in a lot of jaw work.

Some pieces were so tough that I couldn’t bite off the meat neatly and had to pop the entire chunk of spare rib in my mouth instead.

With 93 years to its name, I expected a lot more from Toh Kee Roast Duck. Some of its meat dishes were decent (though they could’ve done with a bit of tweaking).

But honestly, I’ve had better roast meat from younger stalls and at cheaper prices too. However, the gravy was excellent and went superbly well with the white rice.