If you’re like me, hating on Singapore’s growing unbearable heatwave, let me tell you about this new snazzy gadget that I now cannot live without. I’m one of those who literally start sweating the minute I step out of the shower, and even while waiting for the bus, so the TORRAS Coolify Wearable Air Conditioner is a godsend. Sitting on your neck is a 45g headphone-shaped device that’ll change the way you commute and perform housework. Not only does it last for up to eight hours on a single charge, but unlike other portable fans, this one’s bladeless and it boasts a Ku Peltier Radiator for semi-conductor refrigeration, which cools down to 10 to 12°C in mere seconds.

It uses a 4000AmH battery with a 5000rpm motor, for those of you eager to do the math about how powerful this device is. It’s also comfortably quiet at 31dB so you’re not going to have the sound of a whirring fan in your ears the entire time—not to worry. Also, the device’s “arms” move in and out for a full 127° range that allows you to adjust it accordingly to your neck size. 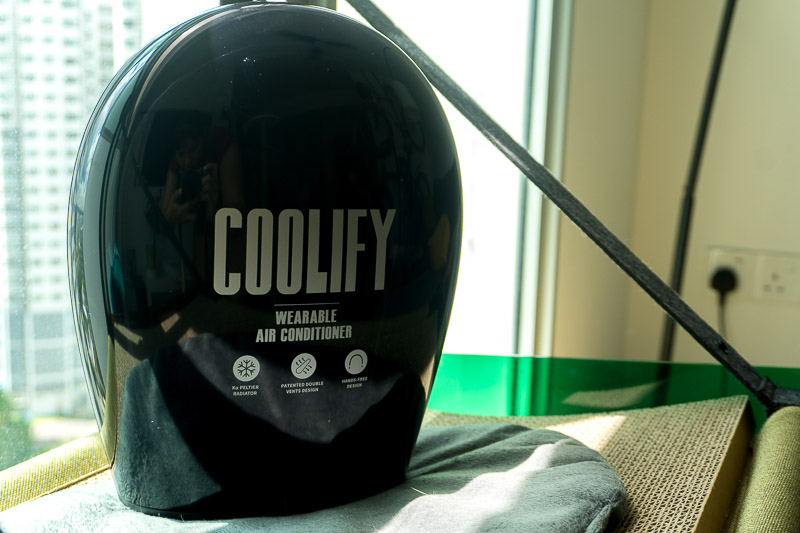 The packaging, along with its components is slick and fuss-free, allowing me to use the device straight out of the box with little to no instructions necessary. It even comes with a protective bag to avoid dents and scratches when throwing it in your bag. 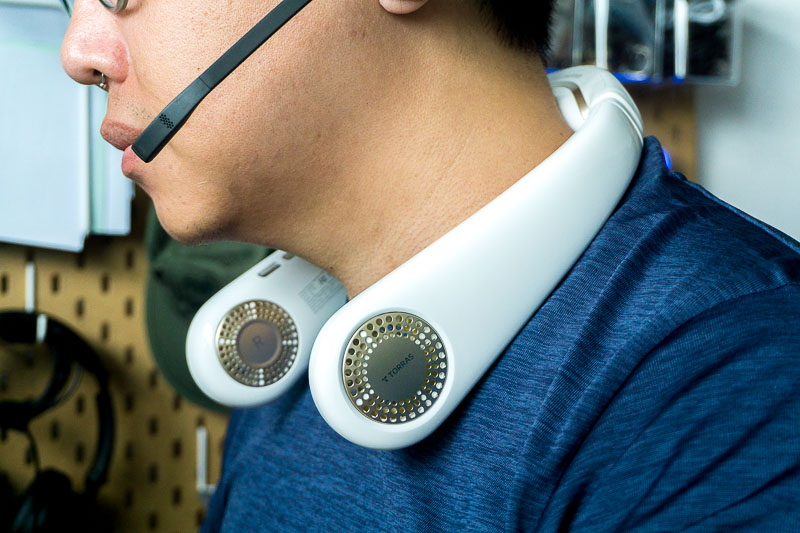 The first try, I handed it to my fiancé who’s a lover of all things tech, especially when in service of convenience, and he wore Coolify as he went about his workday at his desk. Granted our home office has a fan and air-conditioner, but we try to avoid defaulting on the bliss of air-conditioning and other times, the fan isn’t powerful enough when the late afternoon sun hits. To his welcome surprise, the 3D airflow that is contributed by 36 vents—yes THIRTY-SIX—provides an environment where cool air is directed both upwards and downwards, making him forget how warm it actually is. There are three fan speeds, but with one long press of the power button, things start to get serious. It activates the Ku Peltier Radiator and almost instantly, he felt a menthol-esque sensation at the back of his neck. This served extremely well when outdoors in the sweltering heat when we went for a stroll to run errands around the neighbourhood. We discovered that the plate has a timer, but it’s not a dealbreaker when the normal fan speeds are more than sufficient for battling the unrelenting heat. But for someone who does the majority of household chores, I found it exceptionally handy as I went about doing laundry, sweeping, vacuuming, mopping, and the likes, sans the discomfort of sweat and perpetual complaints of how insufferable our weather is. If living without this renders me unable to do chores any longer, then I guess Coolify has spoilt me.

While you may think that wearing a device around your neck for more than an hour might cause discomfort, I can unequivocally state that it’s so lightweight that you almost forget that you’re wearing it. Perhaps it’s the lull of the immersive cooling air that’s clouded my judgement, but I daresay, this “weight” on my shoulders is one I’m so ready to burden.

I was wondering what drawbacks there are to the TORRAS Coolify Wearable Air Conditioner, and there are only two things that I could think of. One is the price; I know, top-money gives you top-quality devices, but at almost S$200—S$179 to be exact (exclusively for July 2021)—I won’t lie about feeling the pinch. Secondly, I wish there was a separate indicator for the Ku Peltier Radiator to notify me when it’s on and off, because since it’s on a timer, sometimes I was unsure if the radiator was working or not.

Other than that, I cannot imagine having this handy device with me regardless of what my agenda for the day is. So, it elates me to share that the generous folks at weareready.sg are extending S$10 off a minimum purchase of S$100 on their site. Simply quote ‘Sethlui10off‘ during check-out (valid till 31 July 2021) and be prepared to live your best cool days ahead.

6 promotions to reward you for your vaccine shot