“UNA mesmerises with the best of their Spanish Culinary Repertoire” 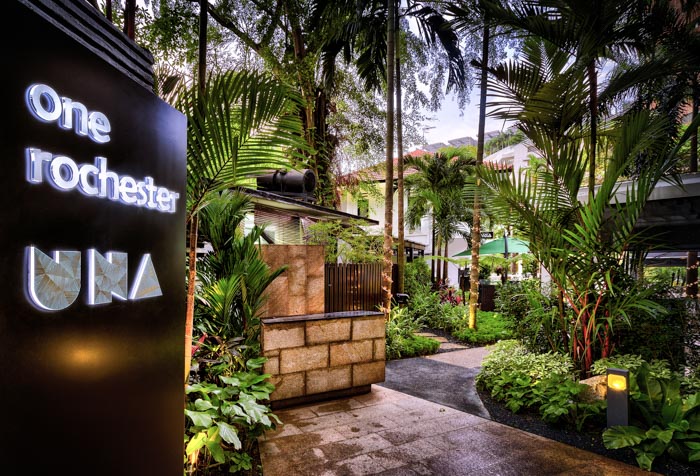 In recent years, the Rochester area has metamorphosed into a swanky location for European dining. Tucked just slightly away from the North Buona Vista road, and hidden shyly behind One Rochester is UNA – a nostalgic colonial mansion with a magical portal that leads you to one of the best and most authentic Spanish dining experience in Singapore. 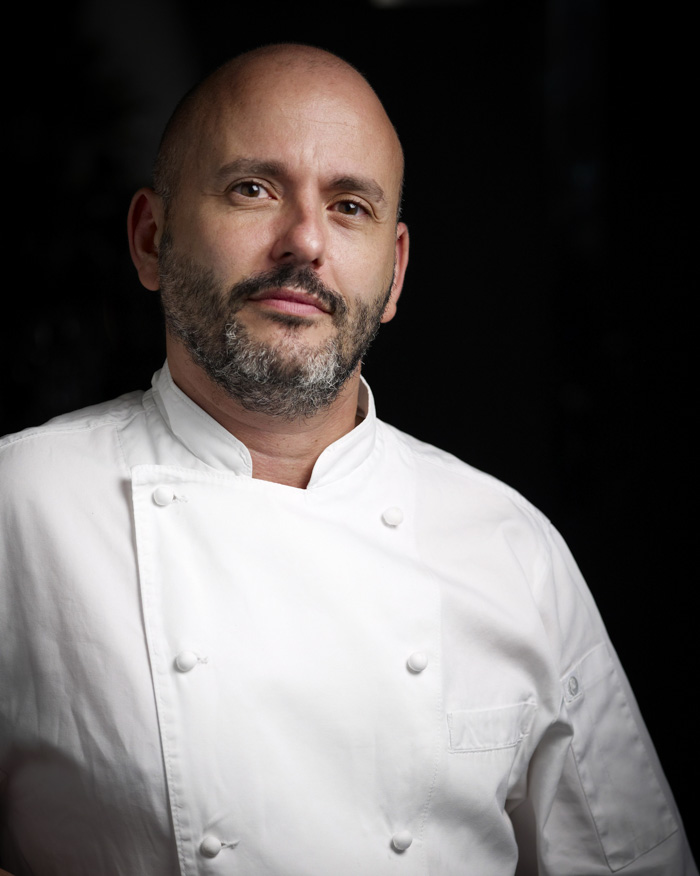 UNA is headed by Executive Chef Jean-Philippe Patruno, who is of Italian-Spanish parentage. He was previously under the tutelage of the legendary 3-Michelin starred Chef Nico Ladenis. These two factors, plus the fact that he was brought up in France, have played a significant role in his development into one of the finest contemporary chefs. His honest cooking philosophy works well with his penchant for carefully procured ingredients from all over Europe.

For the 10th Singapore Restaurant Week 2015, Chef Jean-Philippe will be in the spotlight among four other renowned chefs and he wants you to taste the best of UNA’s tapas in his specially curated 3-course set. 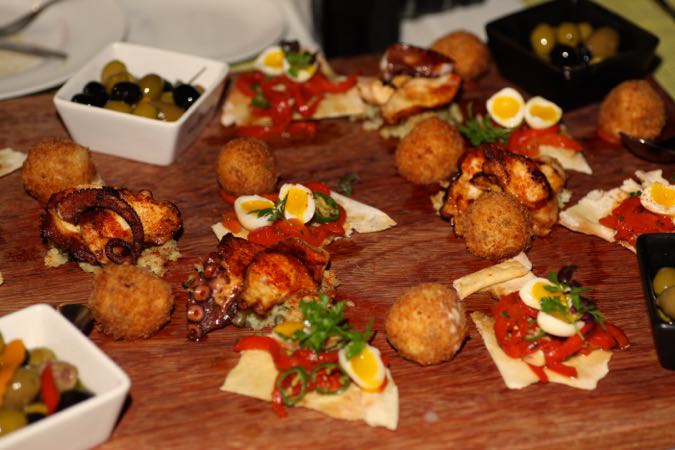 To whet your appetite, Chef Jean-Philippe has for you the appetizer tapas platter, which consists of Jamón Ibérico Croquetas, Grilled Octopus, Coca Escalivada & Smoked Quail Eggs and non-pitted, marinated olives. Simple as they may appear but the processes that go on in the kitchen is nothing short of meticulous.

Take the Jamón Ibérico Croquetas, for example – the potato used for the croquette is siphoned through a two chambered aerator to impart it a tantalizingly light texture. Definitely one of the best croquettes I have tried, so far.

By the way, Jamón is pronounced as ‘ha-mon’; the Spanish pronounce the J as an H.

The octopus is expertly grilled to perfection and its original texture is preserved. The Coca escalivada is likened to the Spanish version of the bruschetta. A lightly crusted base supports the fresh escalivada and smoked quail eggs that are carefully cooked to keep its yolk drippy.

Escalivada is a traditional Catalan dish of smoke-grilled vegetables and it typically consists of roasted eggplant and bell peppers with olive oil, sometimes with onion, tomato, minced garlic and salt. 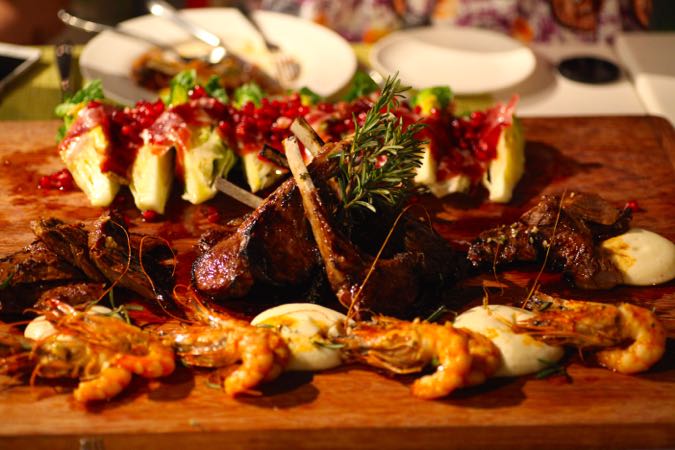 For the main course, UNA showcases the best of their tapas – Pluma Ibérica, Lamb Chop with Horseradish Aioli, Grilled Prawns, and Baby Gem with Pancetta and Pomegranate.

I was very much mesmerised by their Pluma Ibérica which is essentially UNA’s grilled Ibérica pork. The tender texture is heavenly, only to be elevated further by the sweet tasting, smoked marinate. Let it linger on your palate and savour this piece of Spanish heaven. A compulsory order at UNA.

The medium rare lamb chop is another evidence of the excellent repertoire of meats available at UNA. The grilled prawns are fresh and are as delicious as you would expect them to be. Lastly, the fresh baby gem with thinly sliced Pancetta and pomegranate provides a refreshing contrast to the mainly meaty tapas (for the Restaurant Week menu, that is). The pomegranate droplets give this particular tapas both visual enhancement and a contrasting sweet-sourish element to the taste. 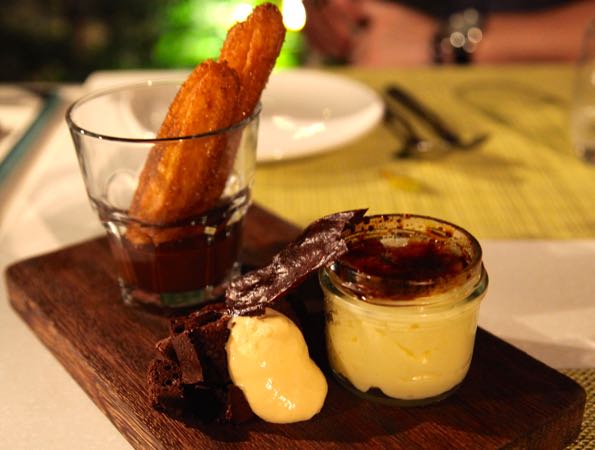 The usual desserts from UNA are also showcased at the Restaurant Week – Crema Catalana, Churos and Chocolat, and Salted Aerated Chocolat. The crispy churros are very addictive, and so is its accompanying dark Valrhona chocolate dip. The smooth, aerated chocolat is lightly salted with rosemary sea salt and drizzled with olive oil to keep its moisture. Chocolate lovers will surely rejoice at the sight of these delectable Spanish desserts.

I must compel you to try the Crema Catalana – it is Chef Jean-Philippe’s Spanish interpretation of the French crème brûlée. With the aerated siphon, Chef Jean-Philippe has made the cream as light as air. At the top where the cream is torched, you will taste a combination of cinnamon and licorice. Simple and yet heavenly – that’s the way I like my desserts. 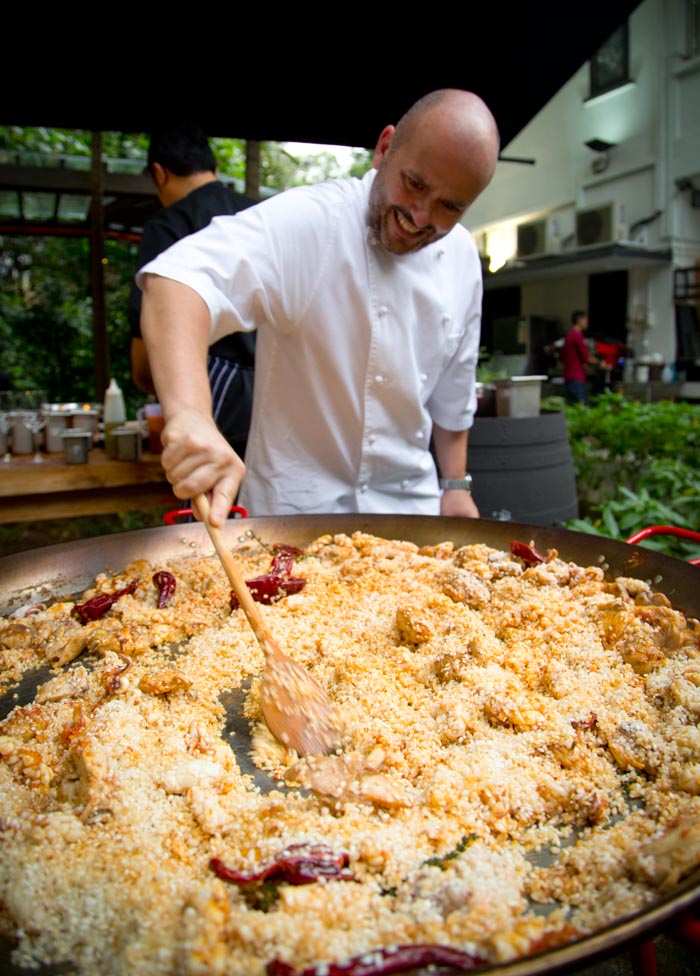 When one thinks of Spanish food, Paella (pronounced pa-yay-ya) deserves a special mention. At UNA, Paella has a special place on Wednesdays, where it will be cooked on specially made, giant flat pans in the restaurant’s courtyard for their patrons to see. 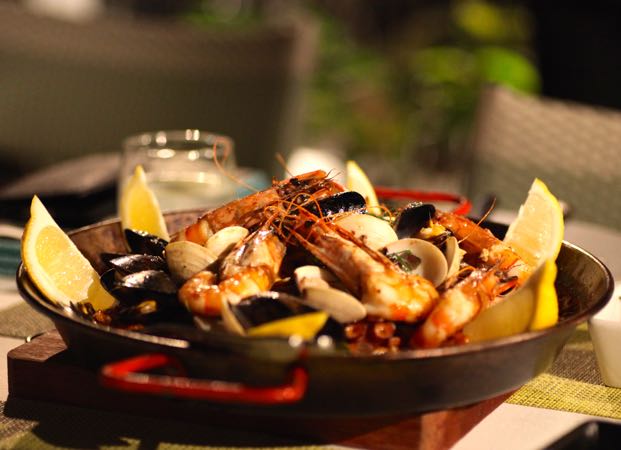 This dish is widely regarded as Spain’s national dish and is usually of either meat or seafood variants. In my opinion, UNA serves one of the best Paella in Singapore – this is a mandatory order at UNA! 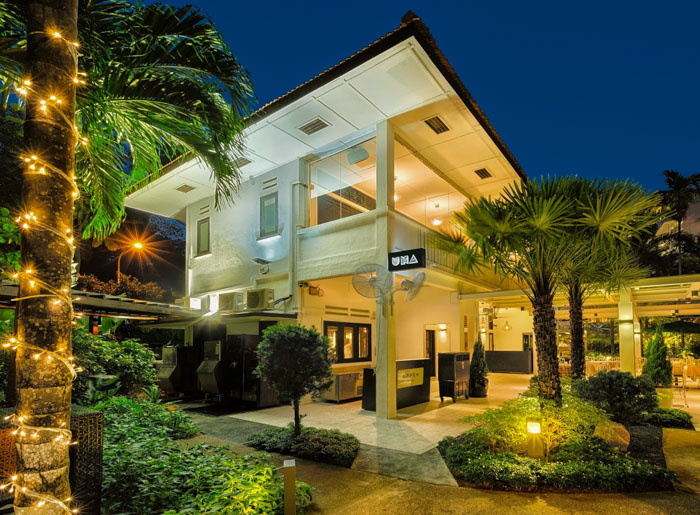 UNA is a restaurant of choice if you love Spanish food. I would personally recommend that you bring a group of friends (if you’re dating, bring a few more couples) to enjoy UNA’s offerings. This restaurant is built on a heritage building surrounded by lush gardens, and has an elegantly cosy dining ambiance. Be prepared to spend at UNA – but it will be well worth the splurge.

The restaurant week menu at UNA offers small tapas portions meant to be shared amongst friends, while still retaining its great quality – One of the must-tries for the 10th edition of Singapore restaurant week.