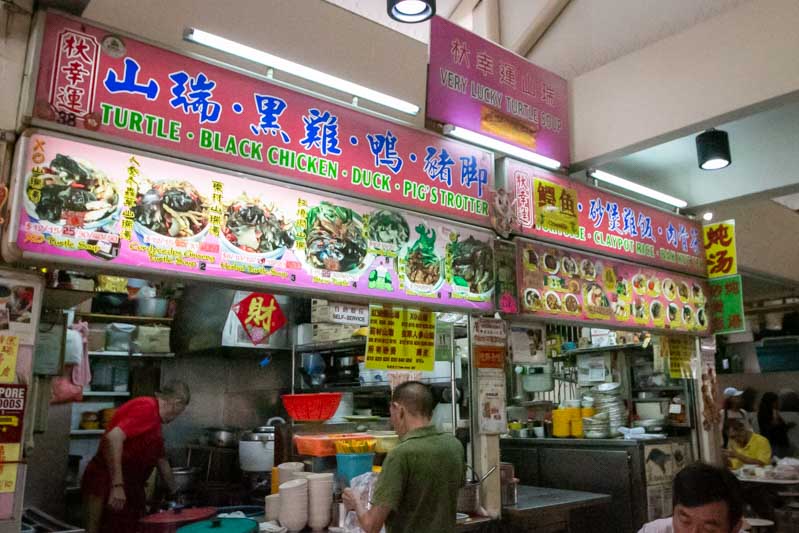 Uncle Chu has been running Very Lucky Turtle Soup for the past 40 years, and he specialises in herbal stews that are chock full of Chinese herbs. Though its namesake points us towards the shelled reptile, it was the tail of a beast that caught our eye. 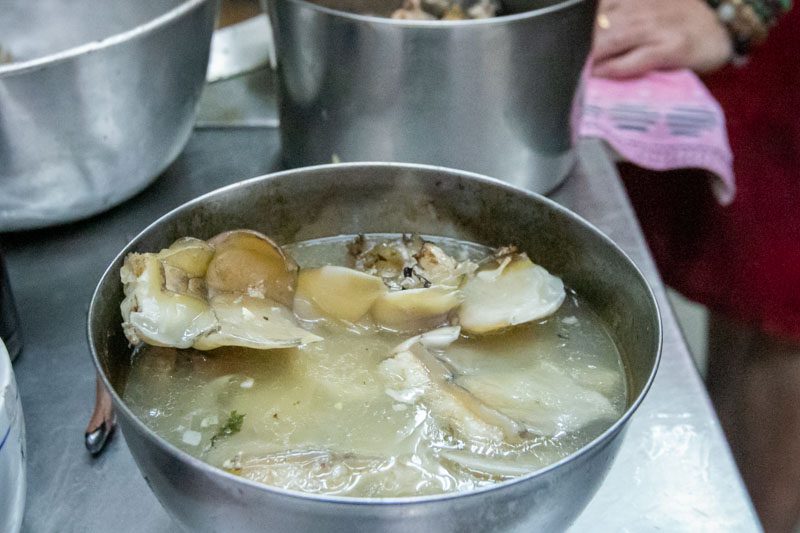 We’re here to conquer the river beast ⁠— a crocodile ⁠— in a soup today, so the turtles got lucky. Crocodile meat is hailed as one of the foods to help combat asthma and its related symptoms. Enter Crocodile Tail Stew at Very Lucky Turtle Soup which goes for S$20 or S$40 at two serving portions. Uncle Chu noticed that there was an increase of Singaporeans becoming aware of the health benefits of consuming crocodile meat. Of course, Uncle Chu only stews meat that is licensed for sale. Because there’s such a high volume of customers during the lunch period, Uncle Chu and his assistant move like clockwork. While Uncle Chu boils the herbal concoction, the latter serves them to the seated patrons. An army of chilli saucers is pre-arranged by the side for easy taking. 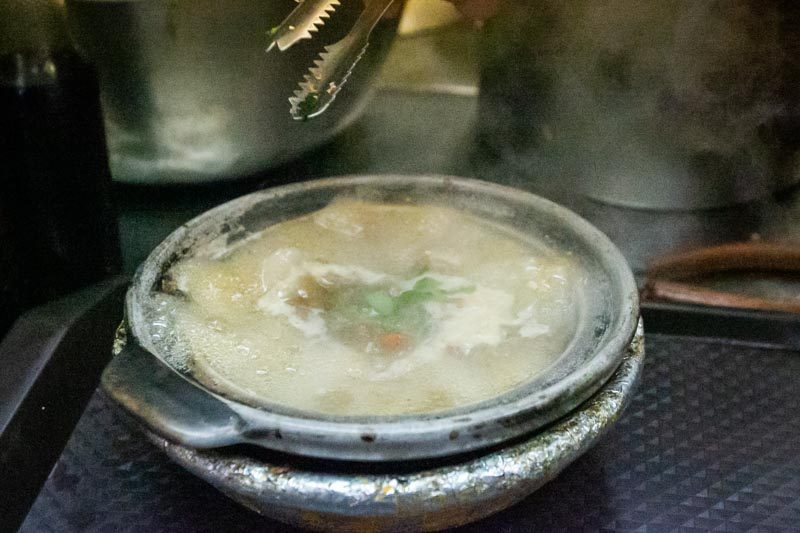 Our portion of Crocodile Tail Stew was still bubbling in the claypot as I returned to my table. Gingerly, I laid down the tray with the brimming claypot and an accompanying bowl of steaming Yam Rice (S$0.70). 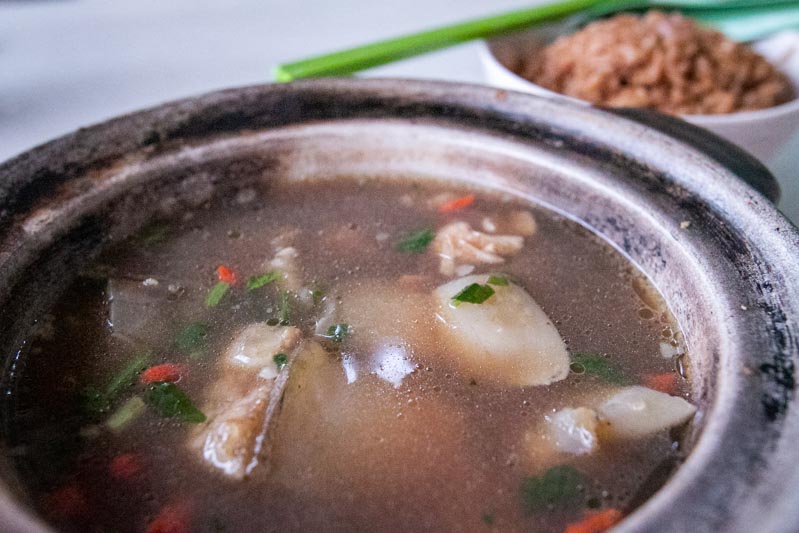 The dish was generous in crocodile meat and it smelled amazing. Typical herbal soups tend to be overpowering in their aroma, but here, I could detect whiffs of the meat’s scent. 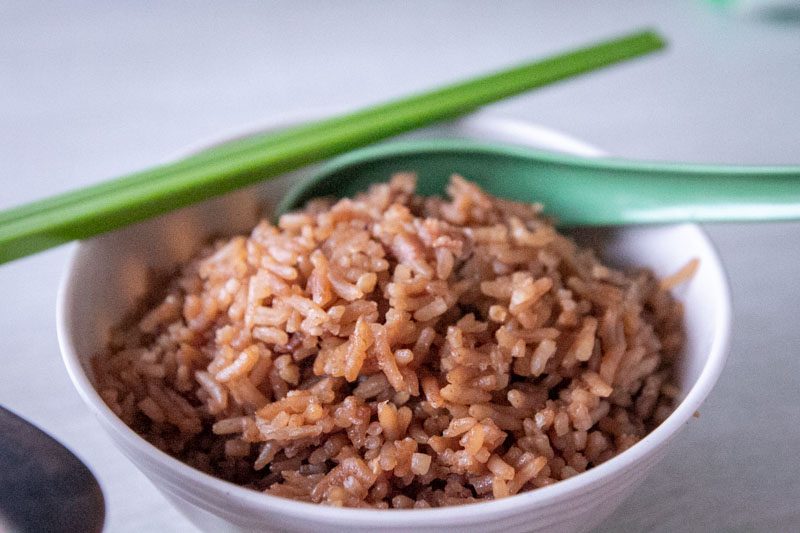 Then I went in for the crocodile meat. Forgive my amateur manners, but it was my first time I was trying this exotic meat. I asked Uncle Chu if was I going to be shocked at the taste and he chuckled, “Shocked? (There’s) no shock, just eat it and enjoy”.

And so, I took a bite. Just as I’d heard from others, it tasted just like chicken. Really tough chicken. The consistency reminded me of tough beef but with the flavour of chicken. Moving onto the tail meat, it looked slimy. It made me think of the thick, wide, vermicelli noodles that you see at mala stalls. Picking it up with my chopsticks, it felt firm, albeit squishy. I took another deep breath and popped the entire piece into my mouth and started chewing.

If you’ve had pig fat before, picture that consistency and taste, and then imagine that mouthfeel amplified. It definitely carried fishy notes as well. Moving on to the base, Uncle Chu uses a variety of herbs in the healthful concoction including dang gui, yu zhu and red dates. He also adds thin slices of ginger as a garnish to the soup. Don’t let the surface fool you; the stew wasn’t as oily as it looks. In fact, I liked that it was balanced, without one herb/root overpowering the other.

The herbal soup was stewed perfectly and quickly became our favourite. The mixture of herbal soup and crocodile meat definitely enhanced the flavour of the river creature.

A word of caution from Uncle Chu: crocodile meat is indeed a superfood, but also extremely heaty, so you’d wanna drink up after this conquest!

A crocodile may seem intimidating, but we cannot forget its prowess ⁠— even when it comes to its health benefits that have been touted by older generations.

Would you be daring enough to give crocodile meat a try?