All you whisky and spirit aficionados, rejoice! Organised by La Maison du Whisky, Whisky Live is back for its 7th edition this year and promises an experience like no other, with three of the industry’s biggest names in attendance.

Participants can expect a larger crowd this year with the community of whisky lovers in Singapore growing year on year. Held at the renowned Capella Hotel, guests can savour the finest whiskies and spirits along with an exclusive menu that features whisky as a key ingredient, amidst the picturesque background of the South China Sea.

What are you waiting for? Here are 5 reasons why you shouldn’t miss out on Whisky Live 2016:

1. Learn more about whiskies and spirits from industry experts

This year’s event features three of the biggest industry names: Whisky writer Dave Broom, Rum legend Luca Gargano and master Mixologist Rogerio Igarashi Vaz. Each of these experts will be hosting exclusive events that participants can attend during the show. Dave Broom is one of the most prolific whisky writers in the world, with over 20 years of experience as a freelance writer and author of various books. He is the four-time winner of Glenfiddich Drinks Book of the Year Award and regular contributor to a host of international titles such as Whisky Magazine, Malt Advocate and Imbibe.

He has been a member of the prestigious Malt Maniacs since 2005 and is the chairman of judges for the World Whiskies Awards (WWA).

Join Dave Broom as he conducts a comparative tasting of the last two bottles of Karuizawa – Karuizawa 1965 Bourbon Cask and Karuizawa 1965 Sherry Cask that are bottled and opened specially for Whisky Live 2016. Rum Legend Luca Gargano is a writer, traveller, curator of spirits and lover of rum. He leads Velier, a company with an expertise in fine rums, renowned for their exquisite quality bottles, such as traditional Clairin in Haiti, Caroni from Trinidad, Enmore and Uitvlugt.

He hopes to bring rum enthusiasts new and exciting experiences so don’t miss out on his masterclass on Veiler’s range of premium rums. Born in San Paulo Brazil, Mixologist Rogerio Igarashi Vaz has taken his experiences of living in Tokyo for over 18 years and turned them into his original creations that have seen Bar Tram and Bar Trench awarded as one of the world’s best bar 100 in 2014.

Visitors wishing to hang back a little can visit the recreated Bar Trench to try some of the latest cocktail creations from Japan by master Mixologist Rogerio Igarashi Vaz. With tickets for a one-day pass, including two portions of food and one cocktail per bar in the pop-up bar at only $99, I would imagine tickets to be selling out really quickly!

If you want to hang out with the big boys, the VIP tickets priced at $169 for a one-day pass and $259 for a two-day pass, gives you express access to the event, one cocktail from Bar Trench, exclusive access to the Collector room, VIP Tasting Room, two portions of food and one cocktail per bar at the pop-up bar counter. Be prepared for one heck of an experience you wouldn’t want to miss out on.

3. Taste the latest cocktail creations at the recreated Bar Trench in Singapore A first at Whisky Live 2016, Bar Trench – one of the World’s 100 best bars in 2014, will be re-created allowing master Mixologist Rogerio Igarashi Vaz, co-founder and chief bartender of Bar Tram and Bar Trench to serve up his original and exclusive creations that showcase the latest cocktail concoctions from Japan.

4. Sample rare and prized whiskies from all around the world Don’t miss out on one of the show’s highlights, featuring The Collector Room where whisky lovers can indulge in some of the most rare and highly sought after bottles from all over the world.

Look out for The Macallan as it makes its debut offering three main brands of single malt whisky, namely Old Pulteney, Balbair and AnCnoc. 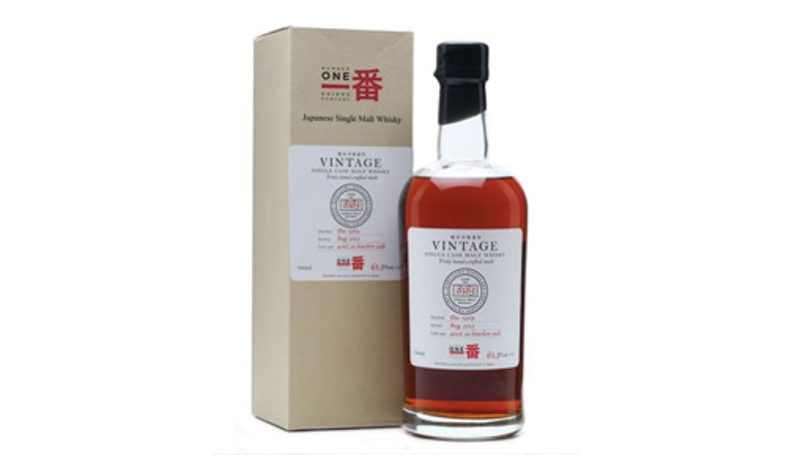 5. Savour unique dishes made with Whisky With such fine whiskies and spirits, it would be unfortunate if there were no good food to pair it with. Thankfully, Chef David Nicolas Senia, Executive Chef of Capella Hotel Singapore has created a menu where whisky is used as a key ingredient in the dishes.

You can expect dishes such as, Mini Beef Slider with Whisky BBQ Sauce, Chicken Satay with Whisky Infused Pickle, Fish & Chips with a whisky tartar sauce or Vegetarian Tortilla Wrap with Whisky Goma Dressing. Guests attending the event will be entitled to two portions of dishes per day with additional portions available for a small fee.