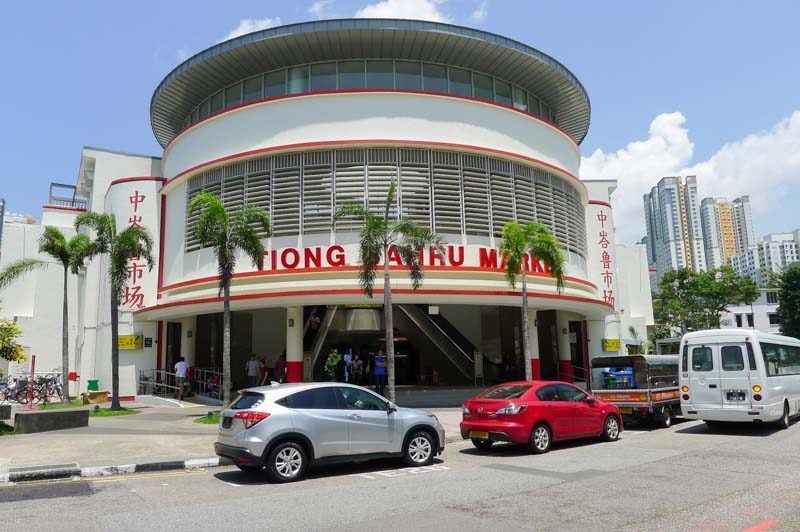 When it comes to hawker fare, there’s no doubt that we Singaporeans know our food and how it is supposed to taste. But how about wholegrain versions of the local dishes that we know and love?

As part of Health Promotion Board’s Healthier Dining Program (HDP), Tiong Bahru Market will be the pilot hawker centre to serve up healthier meals and wholegrain variations of local hawker fares, such as chicken rice, char kway teow and more. 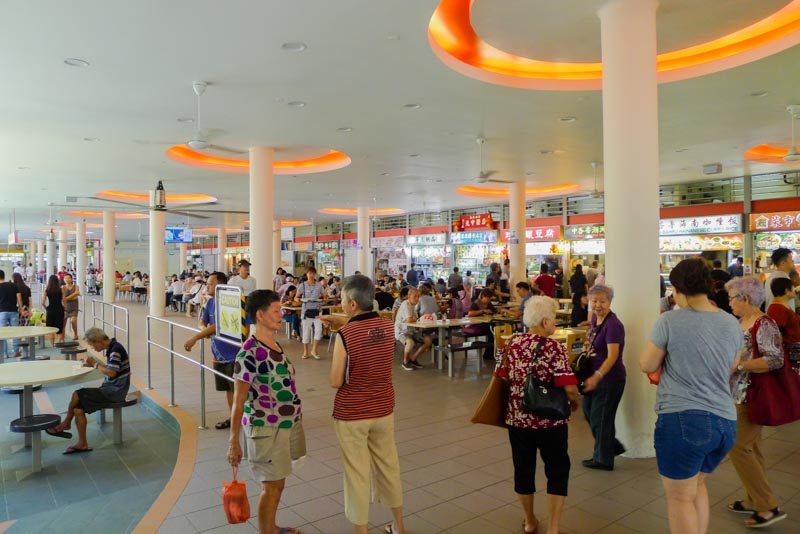 These wholegrain dishes will be available all through the month of April 2018, and are subject to availability at their respective stalls.

Three of us from the team decided to pop on over for an early lunch at the hawker centre to try five wholegrain versions of famous hawker dishes. Here are our verdicts and if you should make the switch: 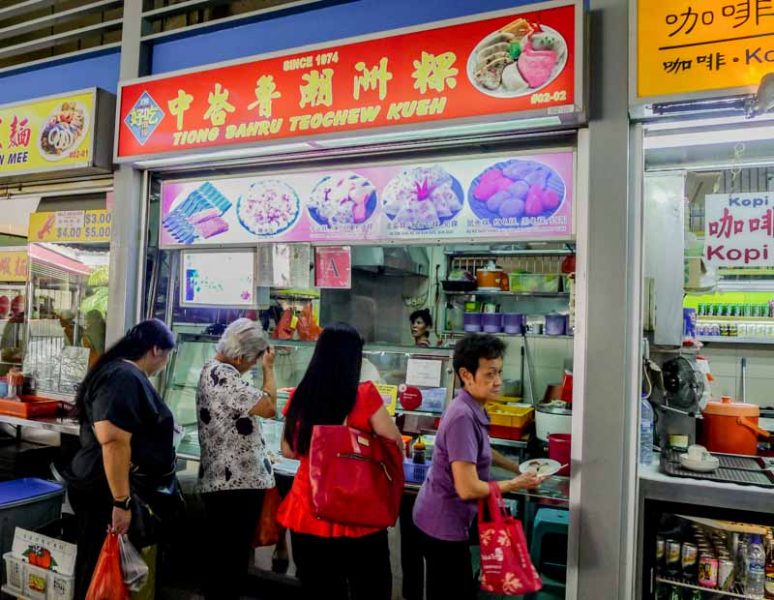 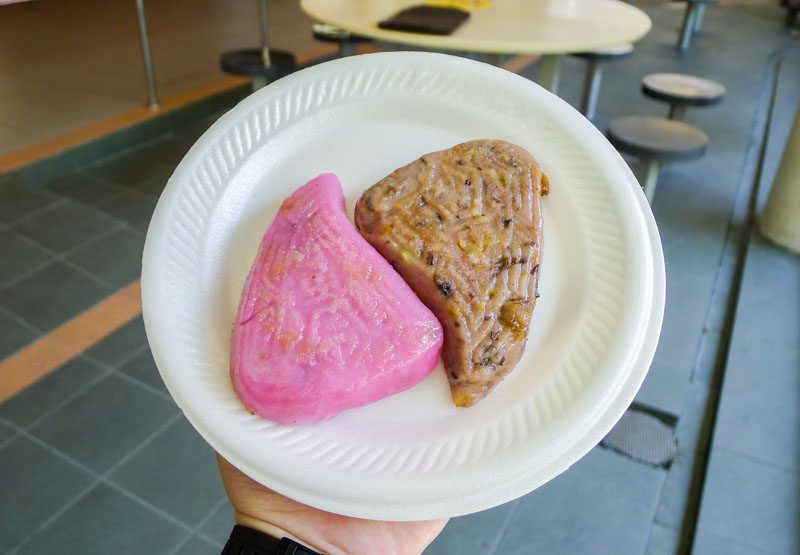 Seth: The pink one tastes like the actual thing! I can’t tell the difference between the regular one or the wholegrain version, especially after topping it off with some dark sauce and chilli.

Olivia: It tastes just like regular png kueh. The brown wholegrain one has plenty of grains and peanuts in it and I’ve never seen anything like this kueh before!

Verdict: If this were a blind taste test, we wouldn’t be able to tell the difference between the regular and wholegrain version. We would say, go for the brown wholegrain png kueh if you want something a little different and healthier. 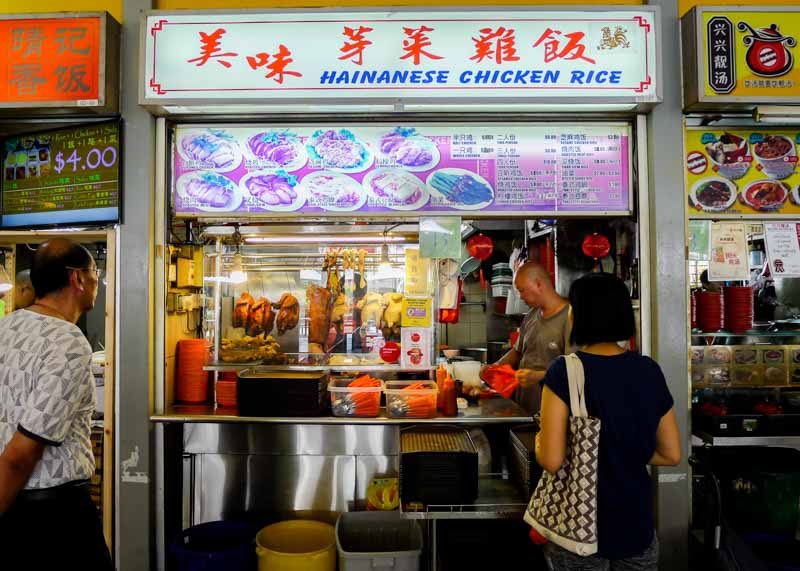 Our first dish was Chicken Rice with a portion of chicken breast atop a bed of crunchy bean sprouts. We had wholegrain rice replacing the regular chicken rice. It might look unfamiliar, but don’t knock it till you’ve tried it! Seth: The colours of the rice caught my attention at first glance as there’s an interesting mix of brown and white. While I personally prefer more flavour in my chicken rice, wholegrain lovers would not want to miss this.

Olivia: The rice doesn’t look as oily compared to the usual and the grains are less fluffy.

Joel: The texture of the mixed wholegrain rice is new to my taste buds but it’s still a pretty good plate.

Verdict: For the same price point as regular chicken rice, we’d say give this a try! You may have to get some getting used to the texture of wholegrain chicken rice, but no complaints flavour-wise though. Think of the chewiness from the husk as an extra kick to the dish too. 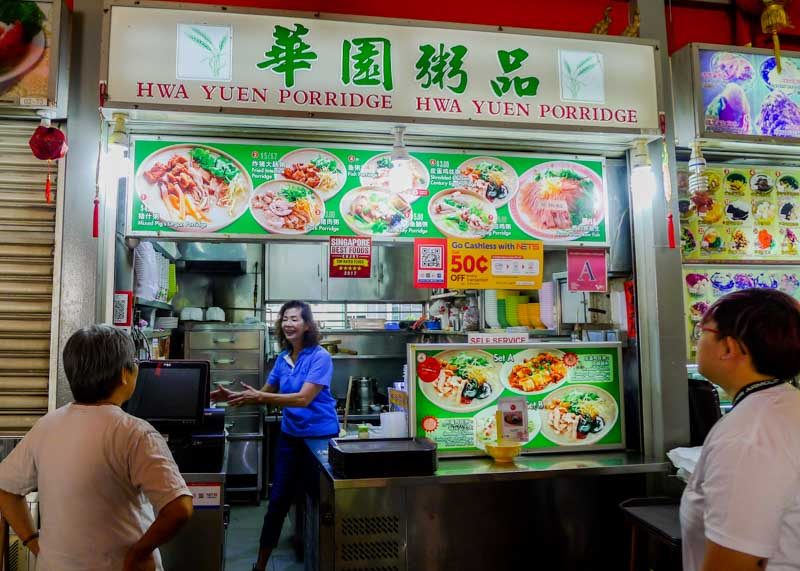 We tried Wholegrain Porridge from one of the famous Tiong Bahru Market stalls. A popular breakfast option amongst many Singaporeans, but let’s find out how will this wholegrain version fare. 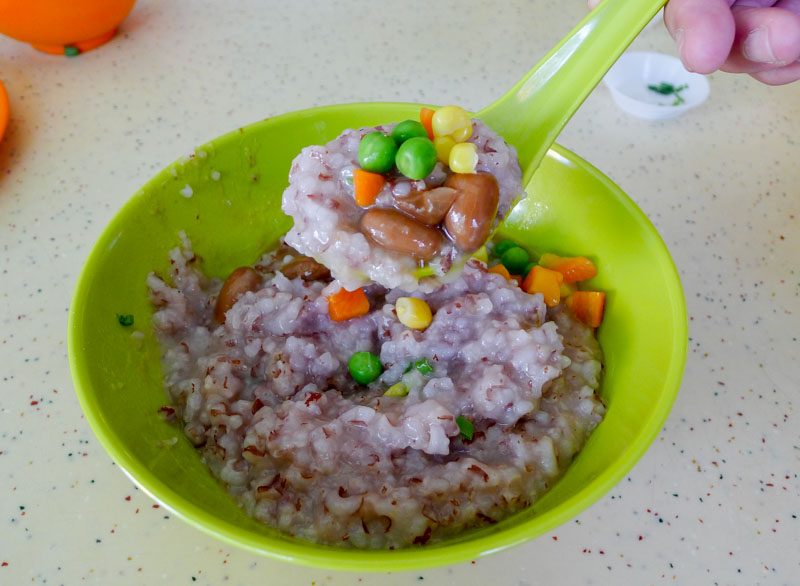 Seth: It’s a shame that the porridge didn’t come with toppings such as fish and the regular porridge condiments given that it has already packed a good amount of flavour. The texture is definitely a lot grainier because of the husk.

Olivia: This tastes better than it looks! Definitely, a very healthy meal, and the porridge surprised me with its subtle savoury flavour. I would prefer more peanuts in this dish though.

Joel: I think this will be perfect for a light breakfast! Am thinking of extra toppings like fried you tiao and chunks of chicken to complement the grains and mixed veggies. This would be perfect with an additional scoop of peanuts.

Verdict: Go for this if you’re looking for a hearty breakfast that will fill you up and energise you for the day ahead. We all agree that it would be great if the wholegrain version came with the regular porridge toppings, such as pork and century egg. Char Kway Teow has gotten its wholegrain twist this month with its regular yellow noodles being replaced with wholegrain noodles. Seth: The wholegrain noodles in the char kway teow are totally indiscernible. Visually, it doesn’t look any different as well, especially after being cooked in the dark sauce. You can’t tell the difference in taste between the wholegrain noodles and the regular yellow noodles either.

Olivia: I honestly couldn’t tell the difference between this wholegrain noodle char kway teow and the regular version too. Loved that there was no compromise on taste at all, and it still retained its authenticity with the bits of lard stir-fried into the mix as well.

Joel: Knowing that this is a wholegrain version really cuts back on the guilt that regular char kway teow has to its name. I think people will tend to favour this more knowing that its a healthier version of a beloved local dish.

Verdict: For the same price point and flavour, we might as well switch it up to the wholegrain version for good! Definitely, a must-try if you’re popping down anytime this month. We’re all familiar with Mian Jian Kueh‘s fluffy pancake and airy texture, but how will it fare when made with wholegrain flour? 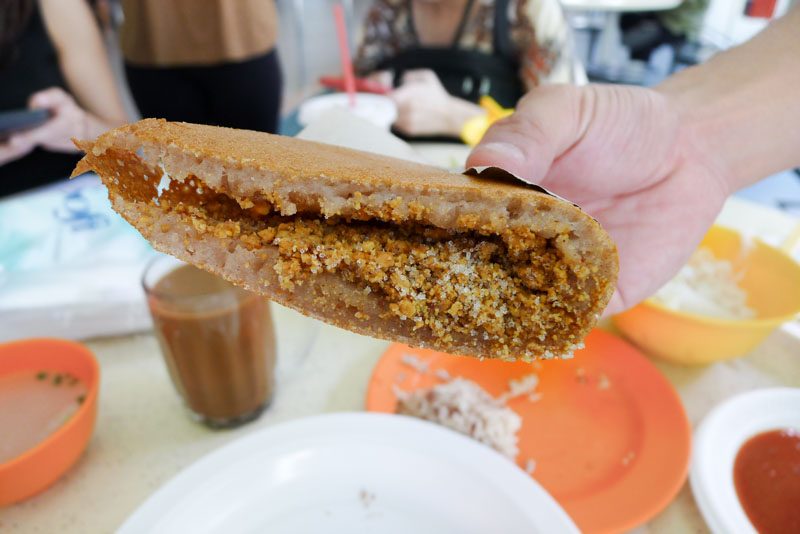 Seth: The crispy shell doesn’t spell the difference but what sets it apart from the original version is the stickier batter. If you prefer a less sticky consistency like I do, sharing one slice with a friend should be enough as a snack.

Olivia: There’s a very nice brown colour to the pancake, and it definitely looks and tastes a lot denser than the ones I’m used to eating. I wouldn’t mind buying this!

Joel: I find it a very wholesome snack, and a lot chewier than the original. Same here, I would buy it.

Verdict: While it doesn’t have the fluffiness of the regular version, you can count on this wholegrain version to keep you full till lunch if you have it for breakfast, or an afternoon snack. Mian Jian Kueh traditionalists would probably not like the texture of this wholegrain version, but give this a try before deciding if you like it!

From now till the end of April 2018, come on down to Tiong Bahru Market to give wholegrain hawker fare a try. Who knows, you may end up loving it.

All dishes are available from select stalls in limited quantities, so do enquire with the vendor when you order.

*This article is brought to you in collaboration with Health Promotion Board. Learn How To Recreate A Pot Of Army Stew At This...