When one walks around Little India, it’s quite unlikely you’d think of sinking your teeth into a good ol’ bowl of beef noodle soup. But that does seem to be the word on the street, especially on Sam Leong Road, where Yi Zun Noodle has called its home for the last couple of weeks. The unassuming shophouse doesn’t particularly scream at passersby to pop in for a meal, but what makes this quaint noodle place a draw is the fact that they serve hand-pulled noodles by a Chinese-Muslim couple from China. The place is stark and minimally dressed, making one feel like it’s an eating stop that’s meant to just placate your hunger and not the choice of venue for your annual get-together.

The staff here aren’t very adept at English, which I totally didn’t anticipate, so asking for menu recommendations took a bit of effort on my part. After some lost-in-translation enquiry, and even some generous assistance from a neighbouring table, I discovered that half their menu wasn’t available until February 2018.

And as far as their noodles were concerned, only a few were being served when my dining partner and I arrived (which was only 15 minutes after they opened). Admittedly, we were both disappointed but were still very much looking forward to what the buzz surrounding this place was about. 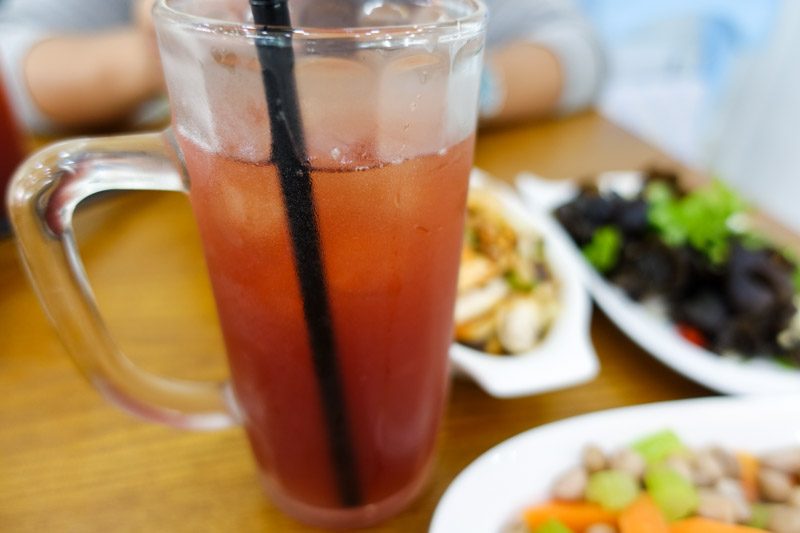 To drink, we both ordered the Sour Prune Juice ($1), a refreshing beverage that stays true to its name, because we couldn’t detect any added sugar in this mug. 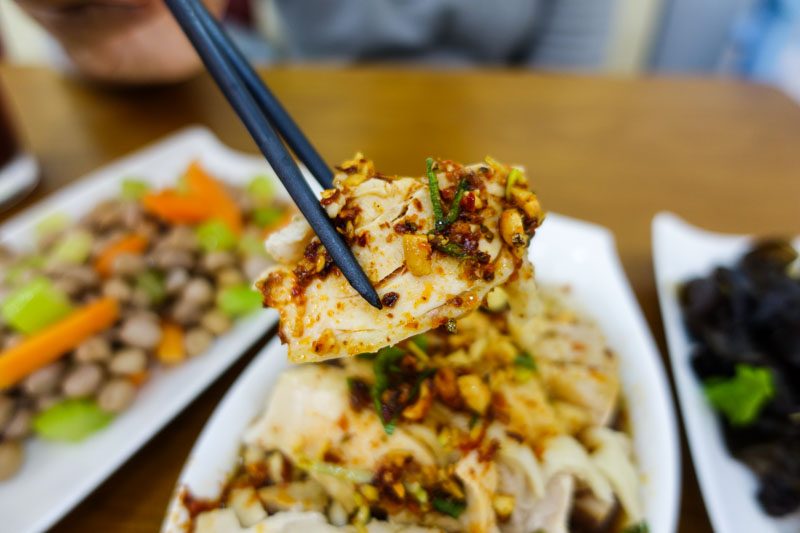 They also serve a small variety of cold side dishes, such as this Sliced Chicken ($2.80) that comes straight from the front-of-house chiller that you’ll notice as you enter the restaurant.

It had a very potent vinegary residue, which wasn’t exactly palatable, but the spices they used made even this chilled protein quite addictive. Best part, there was no trace of bones or cartilage and the portion size was generous. 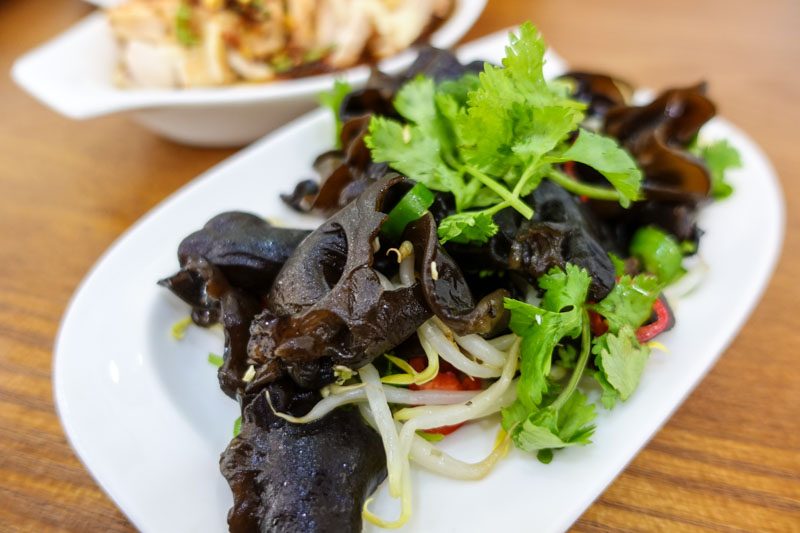 Simply called Vegetable ($1.80), this cold plate is piled with black fungus mushrooms, capsicums, bean sprouts and thin slices of chilli. There’s nothing to shout about here, other than perhaps if you’d like some greens to go with your bowl of noodles. We wish it had some seasoning. 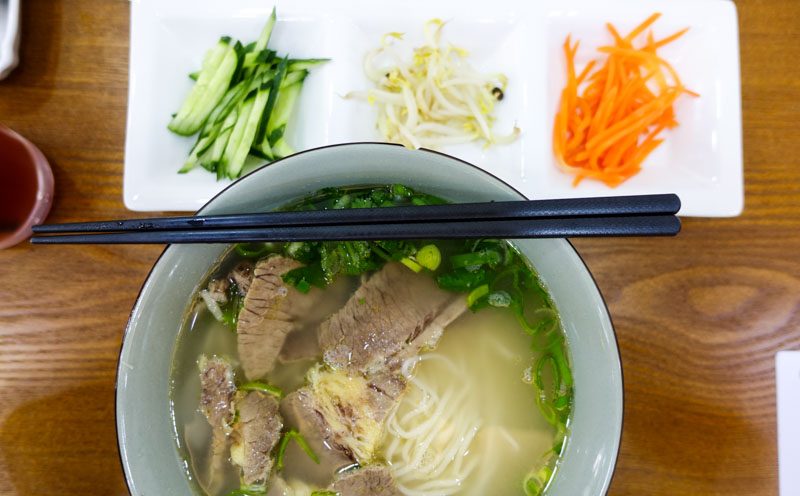 My bowl of Hand-Pulled Noodle With Sliced Beef ($7.80) arrived first, and the first thing that caught my attention was the large serving for a humble price. They were definitely not stingy with their noodles, nor the slices of beef, so there’s already a big win in that aspect. 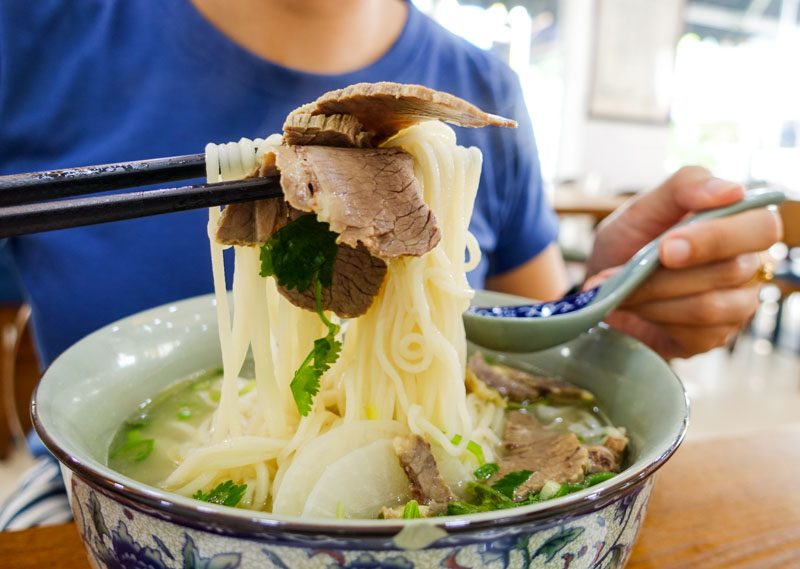 The beef slices were truly tender and could easily be ripped apart with little effort. The hand-pulled noodles, however, were a little starchy for my liking and clumped together, making it a slight task to enjoy, given that I had to separate the strands before picking them up.

How about the broth, you ask? Don’t expect a rich, savoury soup; this was disappointingly watery. I’m just thankful the side orders made up for the lack of depth. 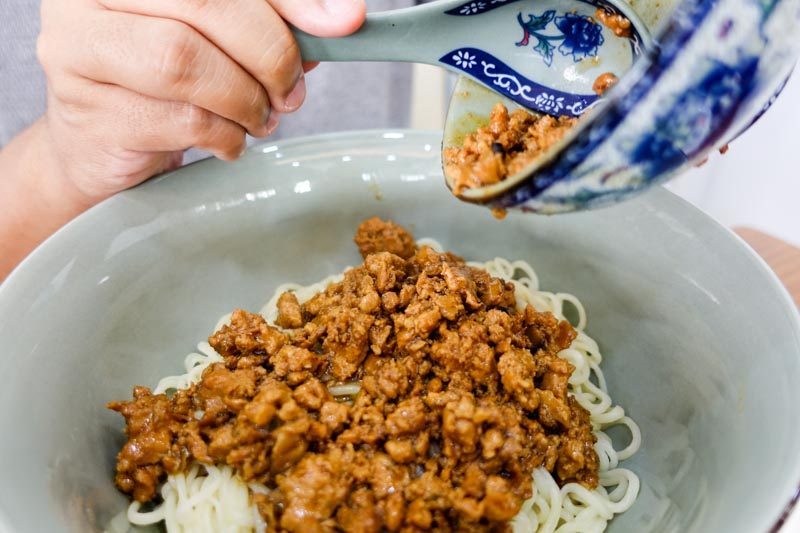 The other bowl, Hand-Pulled Noodle With Minced Meat ($6.80), looked more appetising and struck me with slight envy. I picked a small bit of the minced meat (we were told it was chicken) in soya bean paste and it was definitely more well-seasoned than my order.

Also, because the noodles weren’t already soaked in soup, they were a lot more bouncy and as a result, more enjoyable to eat. 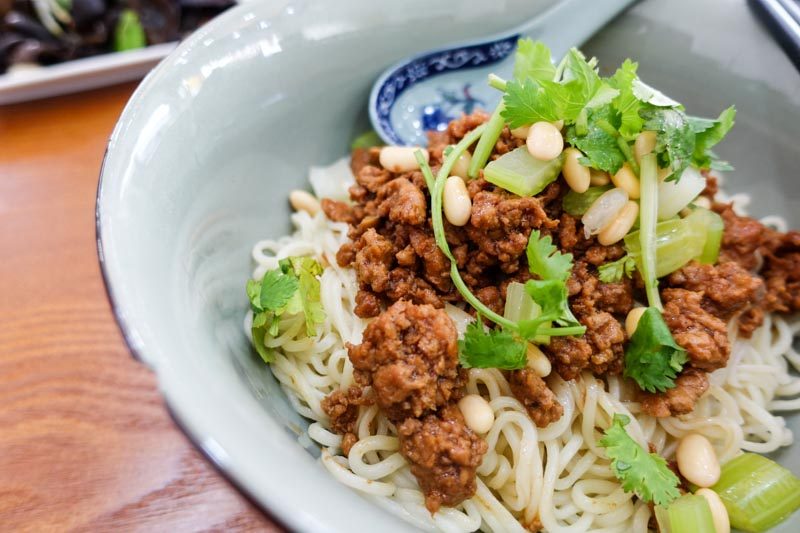 Once it’s all dressed up, this hearty bowl is bound to satisfy the hungriest of men. 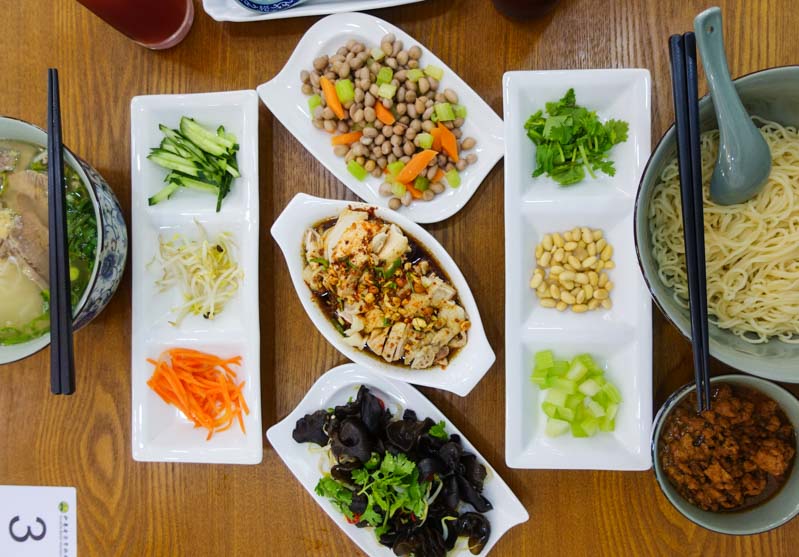 Although our visit felt incomplete given the absence of many of the menu items, I can see the potential that this place holds. I’m not sure if I will give it another go once their full menu becomes available in February, but I guess for those with a curious palate should.

Just be sure to drag along a Mandarin-speaking mate so you won’t have to bother other diners for assistance like we did.

Previous article5 Things To Do For An Authentic Izakaya Experience Unique To Singapore
Next articleSingle & Ready To Mingle? Let Loose At This Anti-V’Day Fiesta At Duxton Hill This 14 Feb