At first glance, you would think that this small and unassuming kopitiam stall in Toa Payoh is just selling mediocre hawker Japanese food.

But Yokozuna Stall is a seven-month-old establishment helmed by Chef Francis and his wife, Elaine, will prove you wrong. With nearly two decades of experience in fine Japanese cuisine, Chef Francis’ creations will leave you in awe. 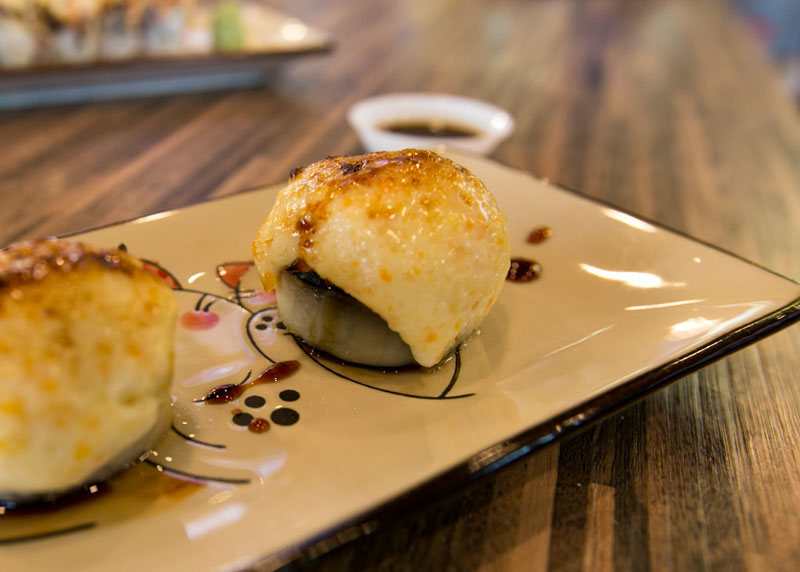 As the trays of food arrived on our table, what caught our eyes was the Yoko Yoko ($6). They resembled two giant takoyaki slathered with lightly-torched mayonnaise.

According to Chef Francis, this was a creation he brought over from a restaurant he had opened several years ago along Seah Street (it is no longer in operation). 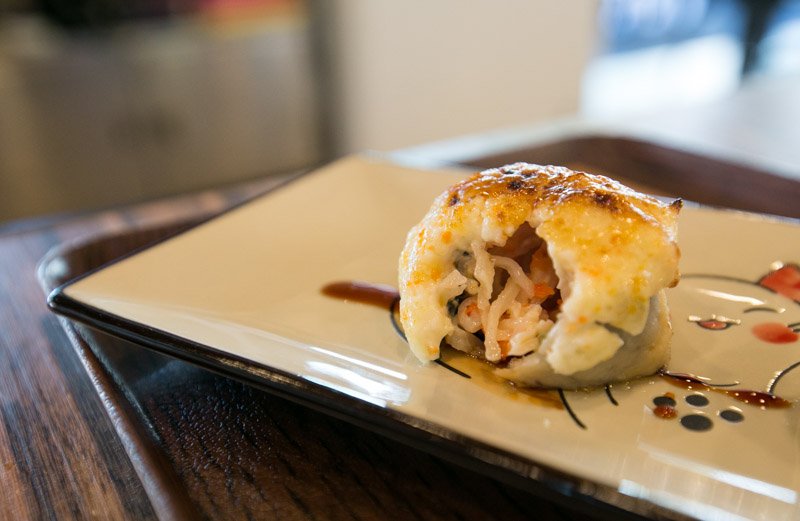 Just imagine kani mayo maki (crab stick mayonnaise sushi roll) without the rice. Instead, it is wrapped with a piece of tilapia fish and coated with a layer of creamy avocado mayonnaise.

The combination worked really well as the tanginess of the fillings and the light smokiness of the lightly-torched mayonnaise complemented the mild and slightly sweet white fish. Be sure to enjoy it while it is still hot! 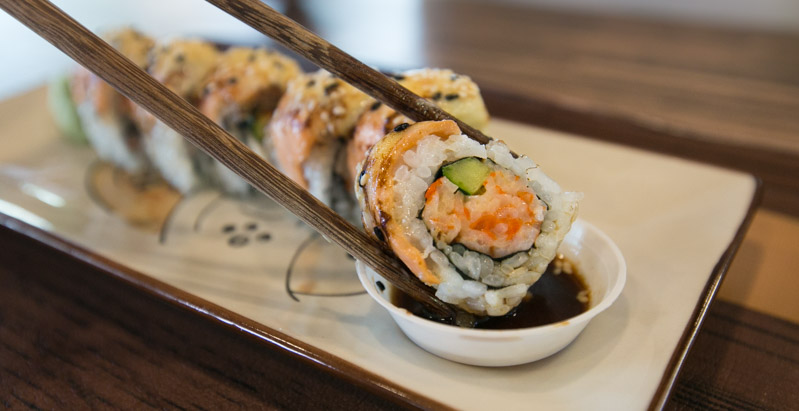 How often do you come across Japanese kopitiam stalls that sell aburi (partially grilled) salmon makis? For me, it was a first.

The fillings in the Tataki salmon roll ($6.80) were similar to that of the Yoko Yoko. The maki was topped off with slivers of thinly-sliced Norwegian salmon and drizzled with mayo before being torched. The cucumber nestled in it added a refreshing touch to the overall taste of the roll, preventing it from being too jelak. 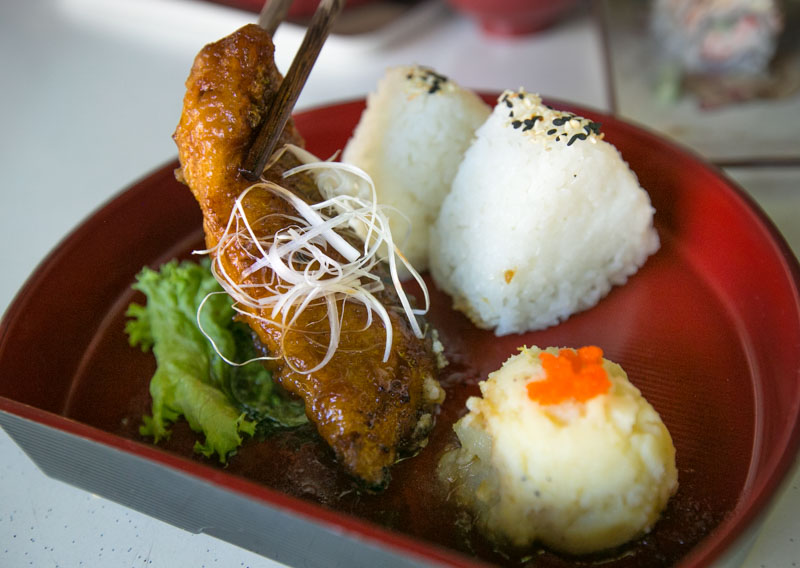 Fragrant and slightly crispy on the outside, but tender and succulent on the inside, our favourite was definitely the Butter Yaki Seabass ($6.80).

The glistening brown glaze coated around the fillet is a homemade teriyaki sauce. It was pleasant on our taste buds as its sweetness balanced out the saltiness of the butter. Next up, is the Teriyaki Salmon ($6.80). The salmon is grilled rather than pan-fried to prevent it from being too dry. Simultaneously, it chars and imbues the fish with a light smoky flavour.

Chef Francis excitedly quipped that he bought a teppanyaki grill just to cook his garlic fried rice and salmon. His expertise in it came from his previous experience as a teppanyaki chef in M hotel. 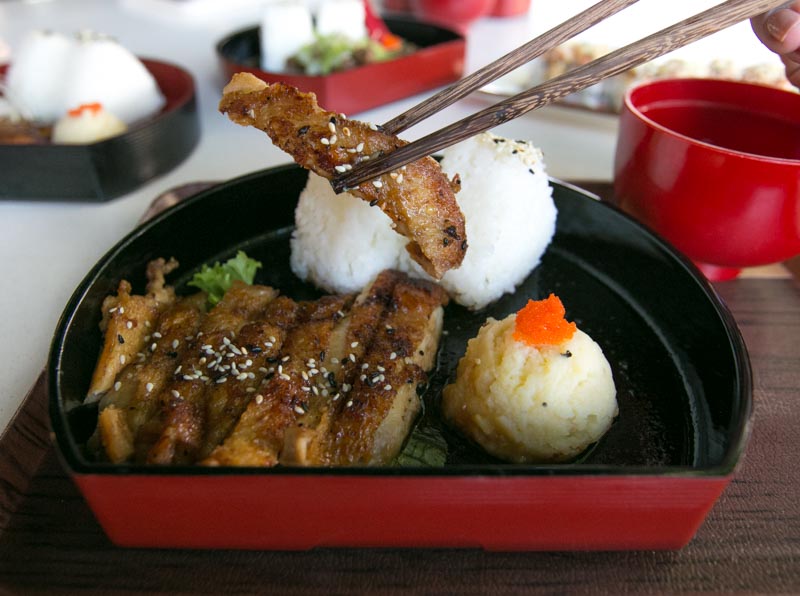 The Teriyaki Chicken ($6.80) we had was packed with flavour, and the sauce sets it apart from the teriyaki chicken we have had elsewhere. Unlike the very distinct and artificial sweet flavour from the bottled teriyaki sauce that can be bought off-the-shelf, this had a milder and more natural sweetness to it.

The teriyaki sauce is made from scratch, boiled with leek and sweet sake, attributing to the mellow yet pleasant sweet taste. My only gripe was that there was a tad too little sauce, so the chicken came off a little dry. 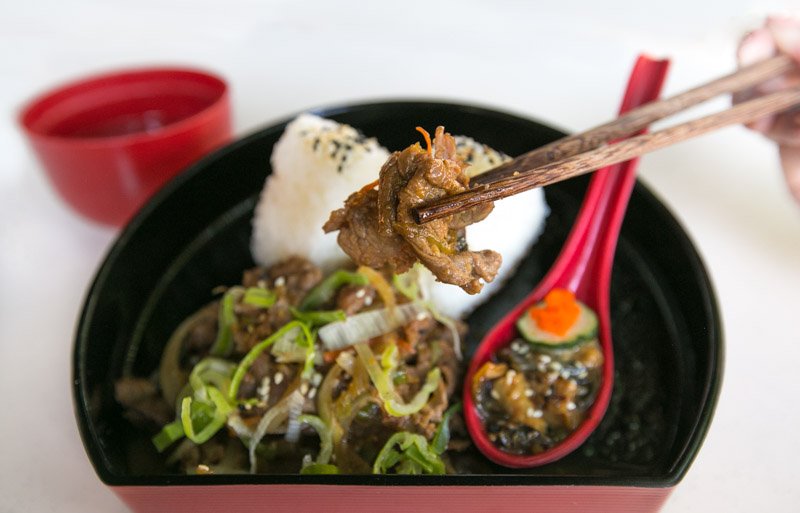 If you are looking for a warm and comforting fix of stir-fried beef, their Yaki Niku (Beef) ($6.80) will do the trick. The tender slices of beef absorbed and locked in the flavours of the mixture of ginger, garlic and sake. Garnished with shredded carrots, spring onions and sesame seeds, this dish hit the spot with its homely taste.

All the sets came with two perfectly shaped onigiris sprinkled with white and black sesame seeds for an added crunch. 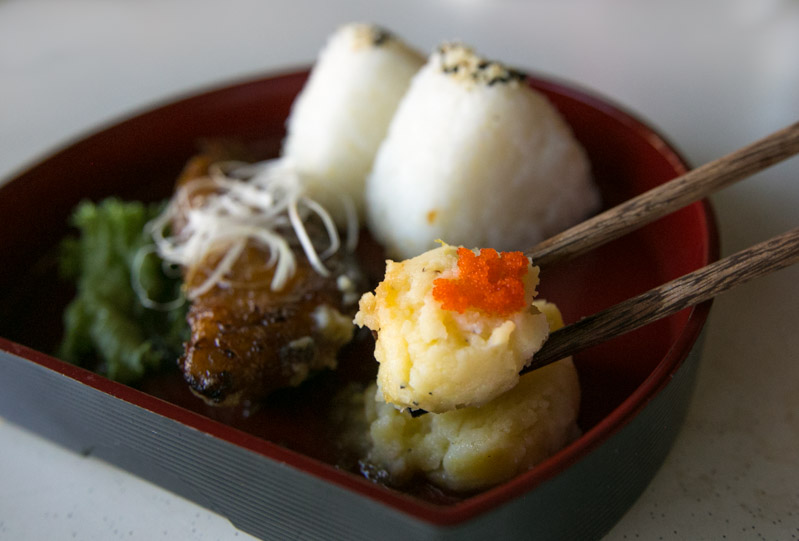 Though not the star of the show, the mini appetisers served alongside the mains came close to stealing the limelight. There were two different kinds of mini appetisers available: mashed potato and seasoned unagi. Both came with a dollop of tobiko. Those familiar with chuka hotate (seasoned scallop skin), will immediately recognise the taste of the marinade used similarly for this unagi mini appetiser.

The subtle nutty taste of sesame seeds and the tanginess of the marinade went well with the chunks of unagi. 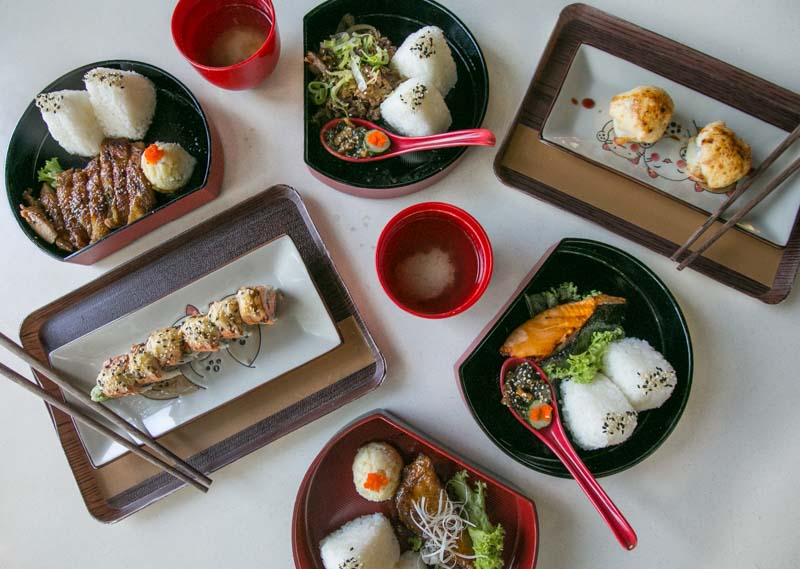 Most of the items on the menu are under $7, except for special items such as unagi and wagyu beef (yes, they serve wagyu too!).

For the price tag and their offerings, we definitely see ourselves coming back here for more in the near future!