I’ll be honest, I haven’t really eaten white bee hoon that has left much of an impression on me, but ever since I’ve tried the white bee hoon at Yuan Seafood White Beehoon, I’ve found myself wondering when I’ll return to Ang Mo Kio for another taste.

Located at the food centre at Block 628, go early or prepare to queue during peak hours. 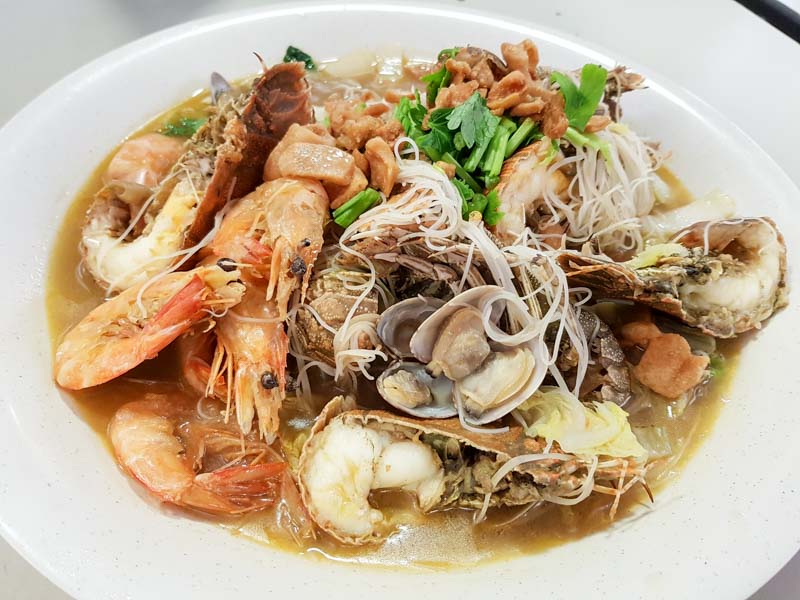 With a choice of prawns, crayfish, sea prawns and crab, I decided on the medium Crayfish White Beehoon ($20) with an add-on of Sea Prawns ($5). I found it to be perfect for two hungry adults with very big appetites; otherwise, I would recommend this to be shared between three people. Starting off with the soup, the wok hei flavour was prominent, along with a garlicky flavour that really enhanced the soup. I found myself trying to get every last drop of the soup because it was just that good and sweet. 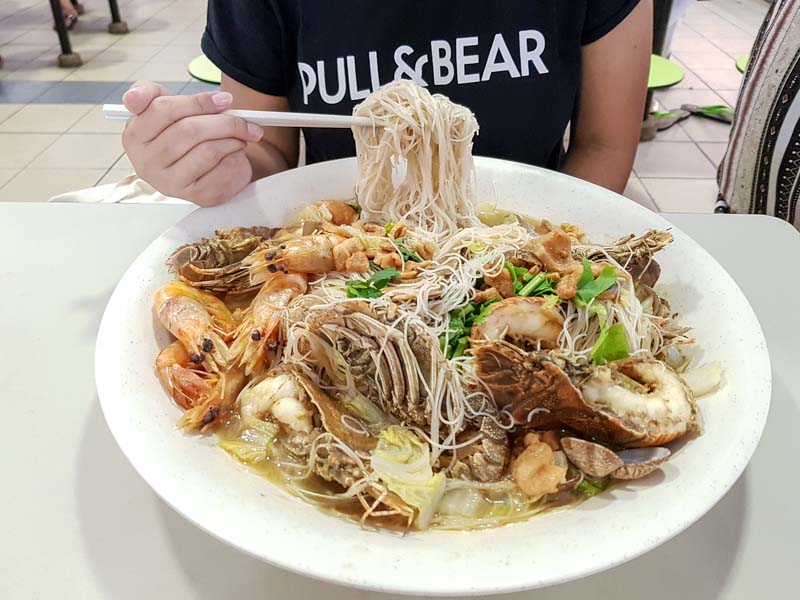 The wok hei came from the bee hoon that was fried beforehand, and I thought there was the perfect amount of bee hoon on the plate as well, with the two of us finishing it all.

There were also really big and crispy chunks of lard that were oh-so-sinful, but we ate each and every piece anyway, consoling each other that the cabbage provided underneath was healthy enough to balance everything out. 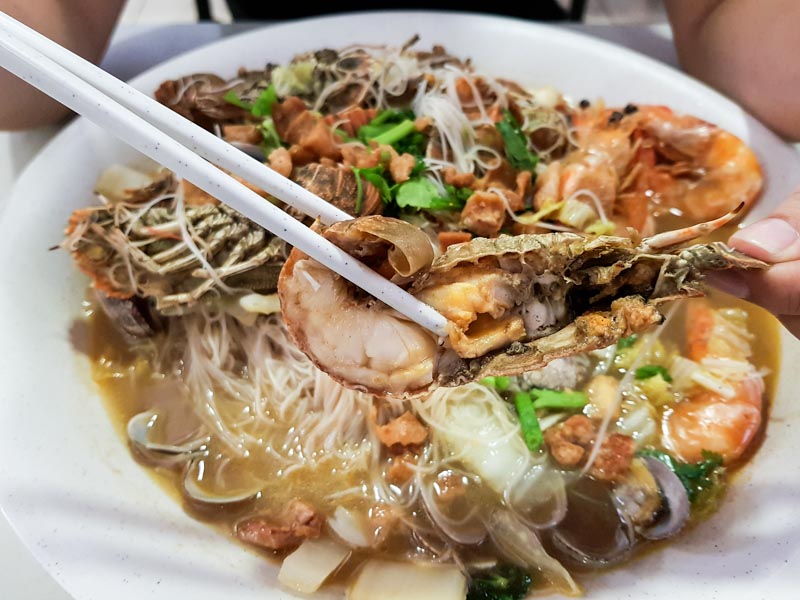 I counted the pieces of crayfish that we got, eight halves in total, or in other words, four whole crayfish. For $20, I thought that was really worth it! The meat was easy to remove from the shells and it was succulent and sweet, with roe in some of the shells. There was also a generous helping of clams hidden in the dish, and I enjoyed the briny sweetness of the meat. The clams were fresh and decently sized; you won’t get any of those minuscule clams here. 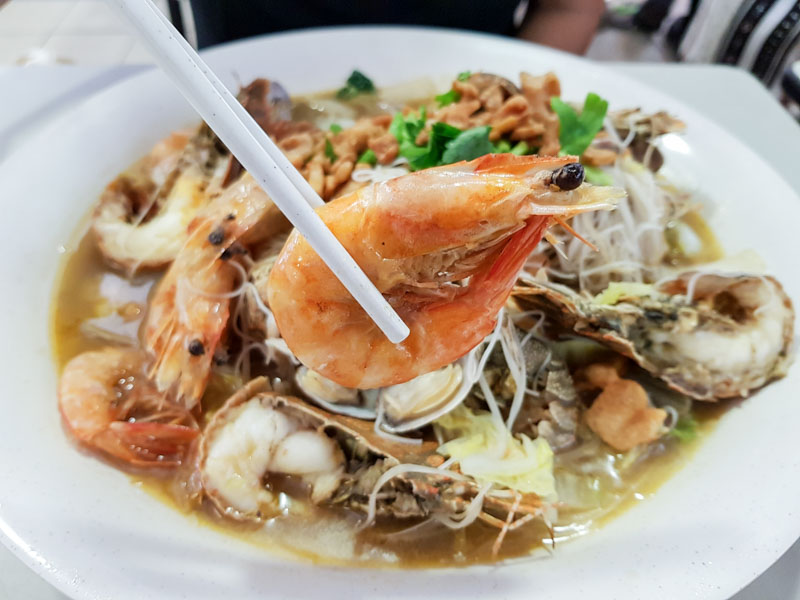 The Sea Prawns ($5) that I opted for as an add-on weren’t particularly big, but they were fresh, sweet and juicy. The eight prawns provided also imparted a bit of flavour to the soup when they were being cooked together, so I feel this was a worthwhile choice.

The only downside for the prawns is that the shell is thinner compared to normal prawns, so it might take a little longer to shell.

While I only tried the Crayfish White Beehoon, there are other dishes such as the Sea Prawn White Beehoon and Flower Crab White Beehoon if you don’t enjoy crayfish as much as I do.

With the crayfish and crab variants starting from just $15, and the prawn bee hoon starting from $5, I’m already planning my next trip down for more delicious white bee hoon!