This humble beef noodles stall, located in Kin Seng Coffeeshop (which is at the junction between MacPherson Road and Tai Thong Crescent), has been around for the past two decades, dishing out its famous beef noodles for its loyal customers. Its storefront is rustic and old-school, comprising a metal L-shaped stall. It doesn’t have a menu, but lists the available sizes at the front, where all its accolades and certificates are displayed. Zheng Yi Hainanese Beef Noodles was started by Madam Hong Siew Fong and her son, Roy Phua in the 1990s.

When we dropped by for lunch, Roy was busy manning the stall, but we spotted Madam Hong sitting in a corner, relaxing and sipping a drink. 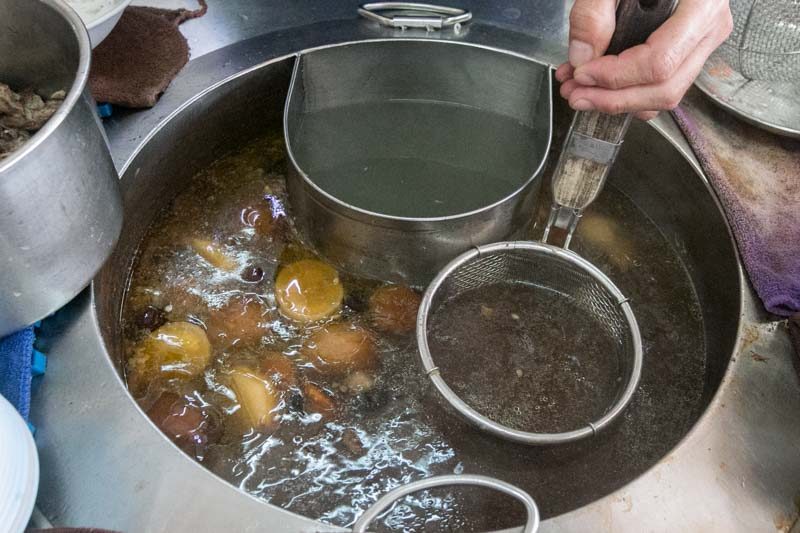 While the beef broth, gravy, and meat are prepared way beforehand, all dishes are assembled fresh upon order.

That includes cooking the noodles, as well as tossing the meat in the beef gravy once more to heat it up.

While waiting for my order, I spotted loads of spices, herbs, and ingredients in the boiling beef broth, including red dates, radishes and star anise; a sure sign that the beef broth would be full-bodied, flavourful and sweet. I couldn’t wait to try it! 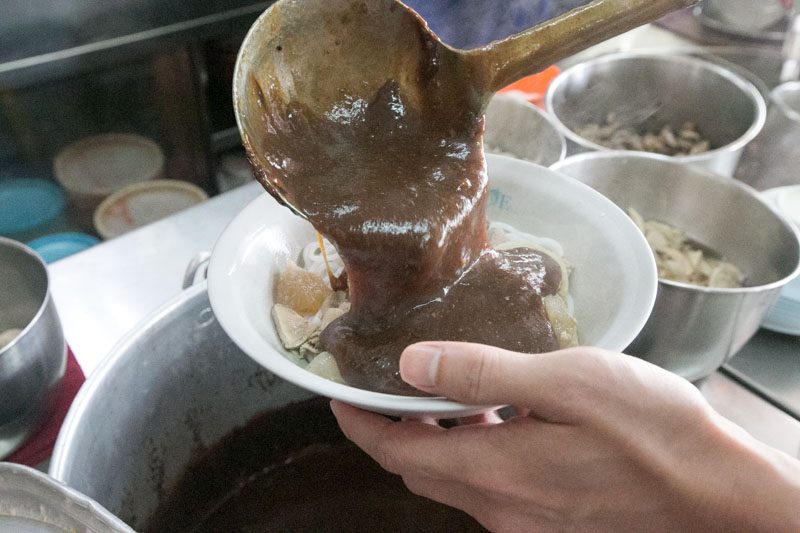 Just looking at the way they poured the beef gravy for my Dry Beef Noodles (S$7) made me go, “Wow!”

The gravy was thick, luscious and rich, just like lor mee gravy. Mmmm. 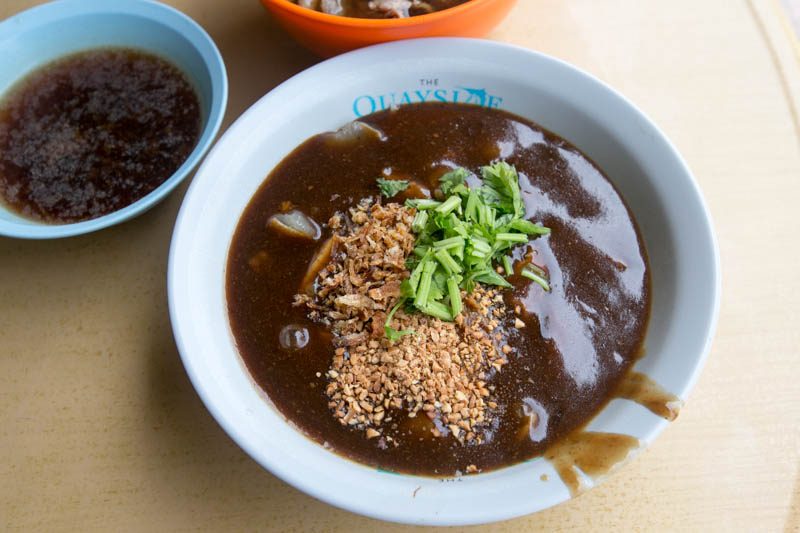 I got to admit, the Dry Beef Noodles didn’t look appetising at first because of the way the thick and glossy beef gravy covered the noodles and beef slices entirely, almost as if it’d be too rich or gao. 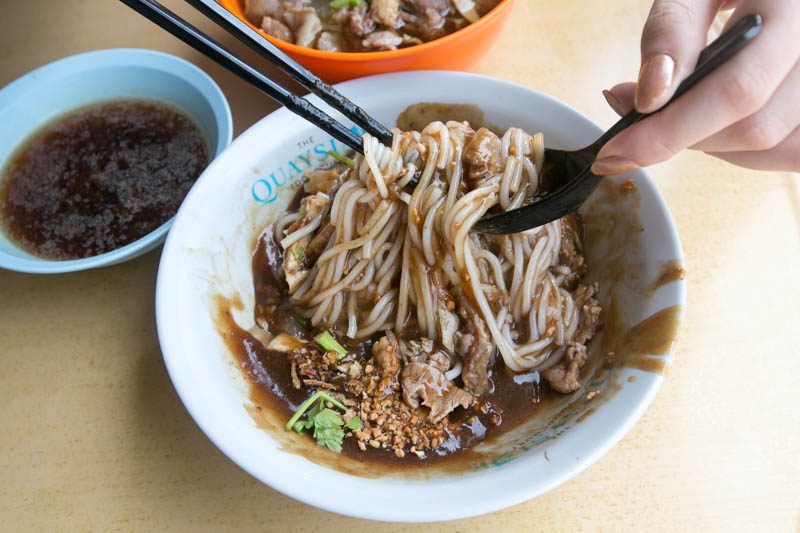 After thoroughly mixing the noodles, I could see how the thick and savoury gravy coated each strand of thick bee hoon beautifully.

That was also when I started spotted all the tender meat, which included beef slices, beef tripe, and beef tendon.

Pretty generous serving for S$7, which is its regular size, if you ask me. While the beef gravy was definitely flavourful and savoury, I didn’t quite like how the nutty peanut taste overpowered everything else. To some extent, it reminded me of dan dan noodles, just because of the overwhelming peanut taste.

I couldn’t taste the characteristically gamey taste of the beef from the gravy, nor the sweetness from the herbs and broth ingredients. However, I could taste a hint of sharpness from the star anise, as well as a fresh mintiness from the spring onions, which helped counter the richness from the thick gravy.

While I was initally a bit concerned about the viscosity of the gravy and was worried it might be too thick for my liking, its texture was oddly just right for slurping, especially after I gave the bowl of noodles a good mix. Problem averted! 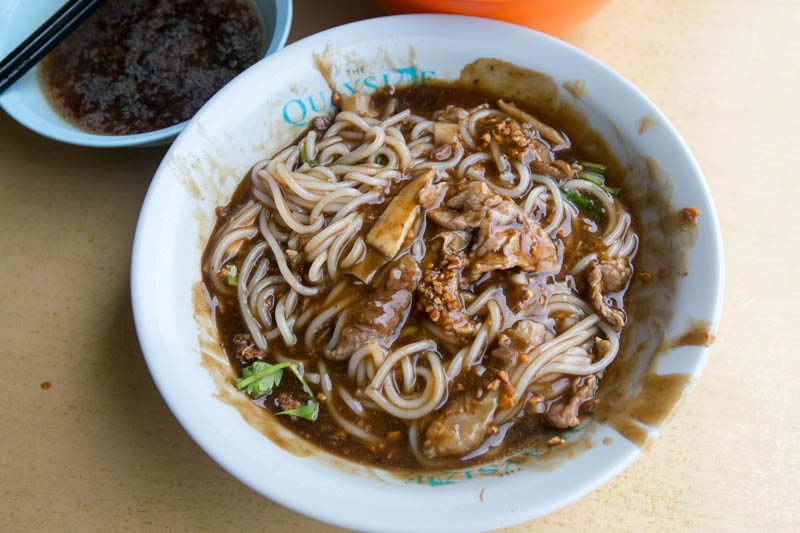 I loved how generous Zheng Yi Hainanese Beef Noodles was with the amount of beef slices, tendon and tripe in my bowl of noodles. 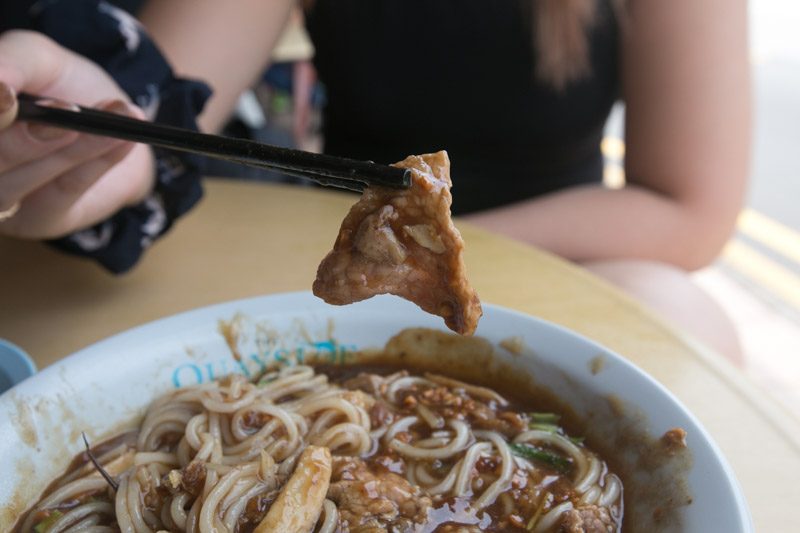 While there was a slightly gamey aftertaste, I still loved how soft each piece of beef was. As an afterthought, it was probably thaaat soft because it was coated with the smooth and viscous gravy. Just like how meat would be tender and smooth once it’s been marinated in cornstarch. 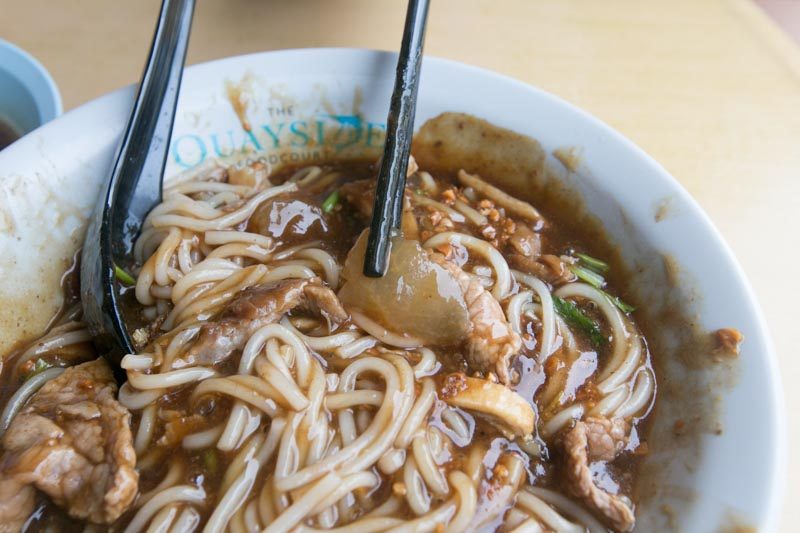 For those who are fans of tendon, you’d be happy to note that Zheng Yi Hainanese Beef Noodles includes generously thick chunks of tendon in each bowl of noodles.

It was translucent, with a jelly-like consistency, and it was so soft that we even had problems picking it up with our chopsticks! The taste and texture resembled sea cucumber. It had an initial springiness to it, but quickly melted in my mouth when I continued chewed on it. 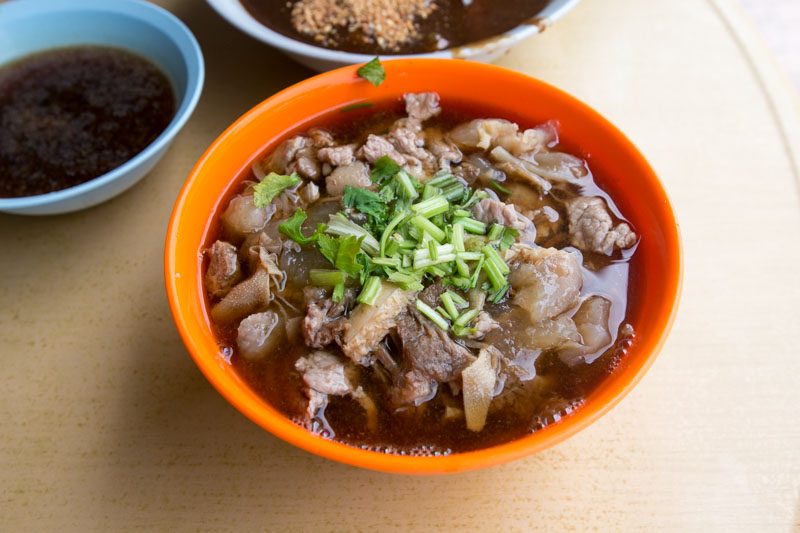 Its Beef Noodles (Soup) (S$7) came in a medium-sized bowl, with thick bee hoon, beef broth that was a little cloudy, a generous amount of beef slices, tendon and tripe, and was topped with spring onions and coriander. 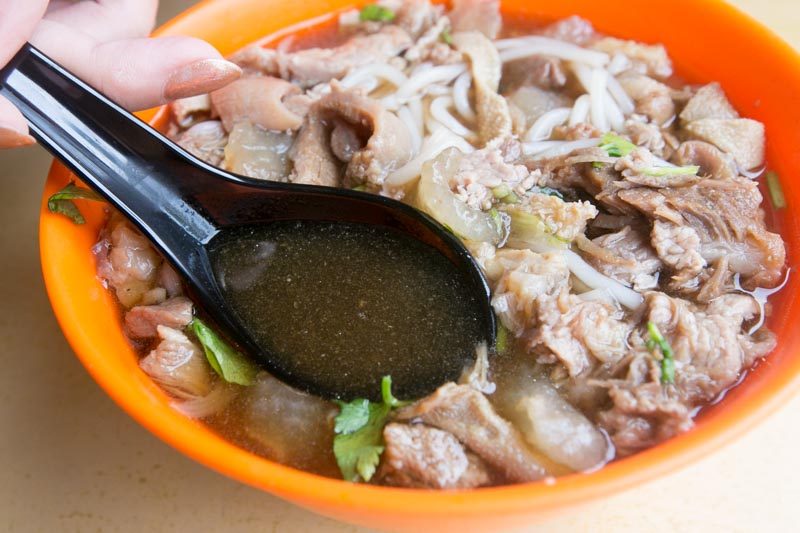 What I really enjoyed about the soup was how comforting and full-bodied it was. When I had my first sip, I immediately tasted a strong herbal taste, but the soup mellowed out to become pleasantly sweet. 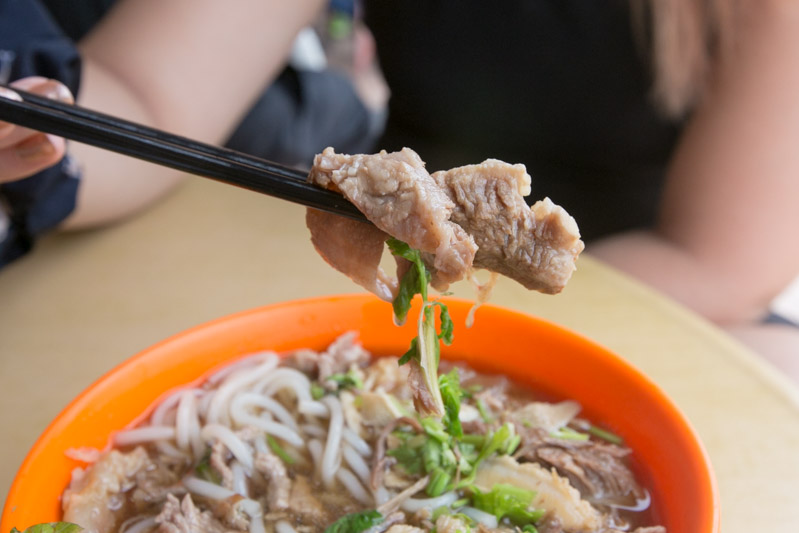 Unfortunately, I didn’t quite like the beef from the soup version. It lacked taste, as if it had been boiled too long and all its flavour had been sapped out from the meat.

It tasted quite different from the Dry Beef Noodles‘ meat, but maybe that was because the latter’s beef slices had been coated in the beef gravy, thus giving it more flavour.

After this meal, I felt oddly unsatisfied. I expected the beef noodles to be oozing with rich flavours, and for each spoonful of soup to be aromatic, hearty and fragrant. But the thick gravy from Zheng Yi Hainanese Beef Noodles just tasted of peanut and nothing else.

Plus, the beef slices from its soup counterpart was lacking flavour, and was a tad too gamey for my taste.