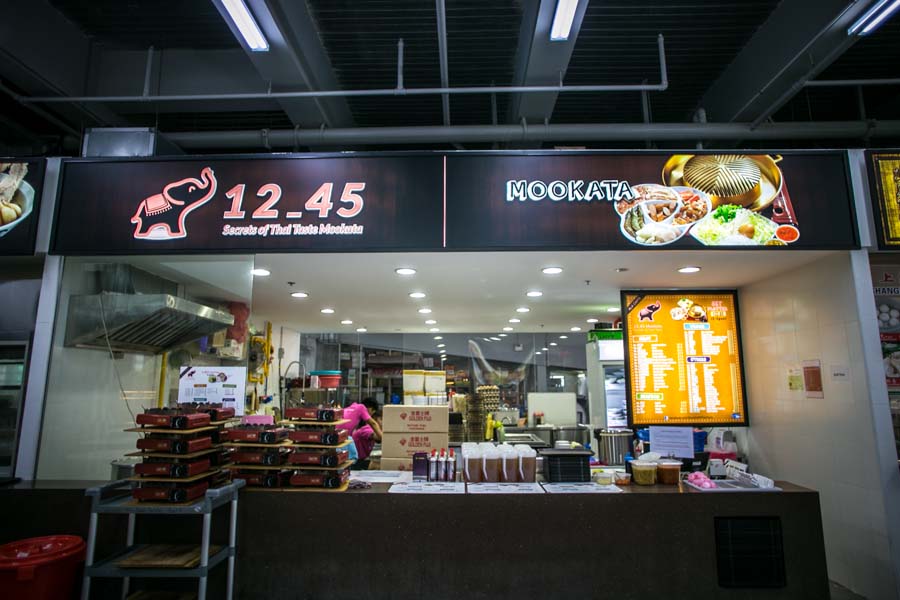 If you love 1_345 Mookata over at Bukit Batok, you will be pleased to know that they have just opened another outlet, 12_45 Mookata over at Seng Kang Square. Aren’t they different brands with somewhat similar stall names?

The “_” blank signifies the next outlet being sought out as part of the owner’s grand plan to have a string of outlets – third one is already in the works. In fact the brains of this venture was thought out by the owner’s Thai wife (from Chiang Mai), really reinforces the term “behind every successful man is a woman”. Compared to 1_345 where bookings are highly encouraged for groups of 6 or more, 12_45 doesn’t face the issues of space constraints – it’s in a massive food court (plenty of tables) and parking is right above you. There are a couple of big screen TVs as well for you to enjoy football matches while enjoying a hearty meal. 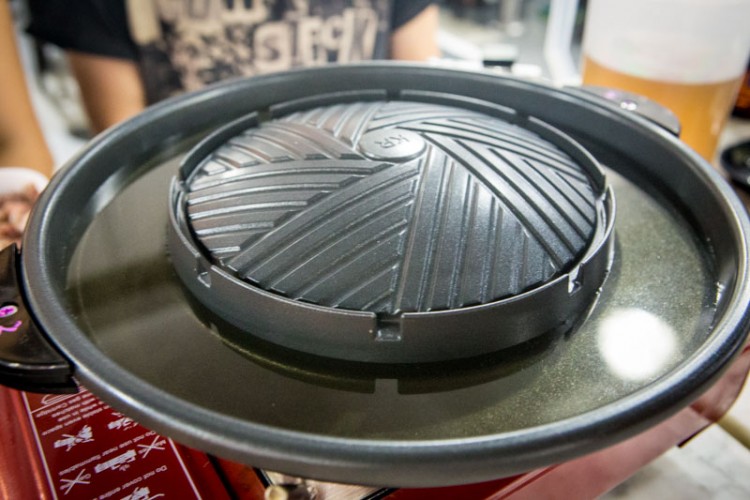 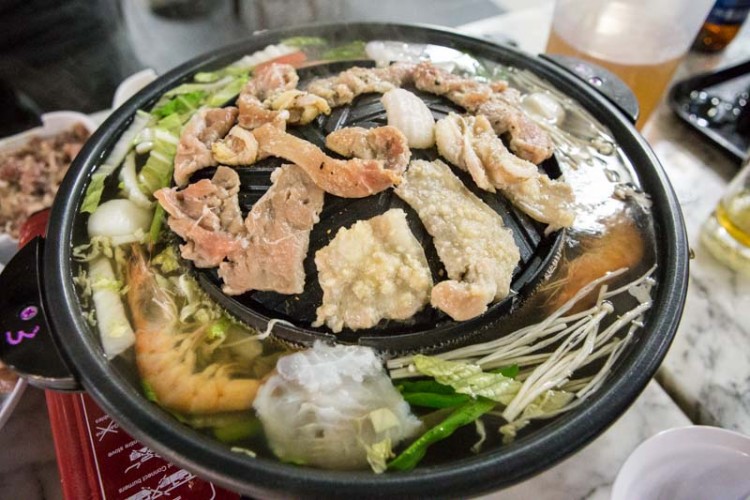 For mookata regulars, it’s always a bane when the meats stick onto the metal skillet regardless of the amount of lard smeared on to it. At 12_45, teflon coated skillets are used instead and it works well even without any greasing. A small lip keeps the meats from sliding into the broth as well, making this one of the most efficient mookata skillets I’ve tried. 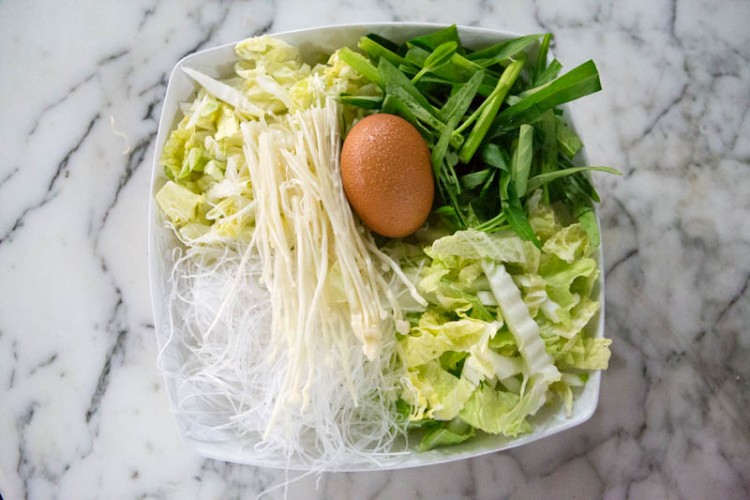 Seafood Platter ($16-$20). During our visit, we were given a sneak preview of the upcoming expanded menu selection – more items!!! The seafood platter will also feature clams, mussels and more premium seafood cuts but was still a work in progress when we were there.

Self-made chili that caters to a medium spice tolerance – one sweeter for meat and another spicier green one for seafood. 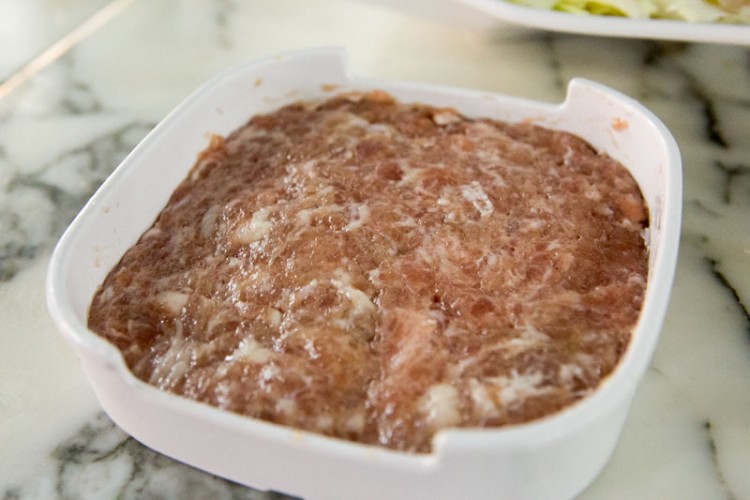 Pork Paste ($8). One of the better homemade pork pastes around, there’s still a texture and firmness to it somewhat similar to meatballs. You either roll it into a ball and simmer it in the broth or spread it flat on the hot surface to grill (prefer the latter, reminds me of McDonald’s sausage patties). 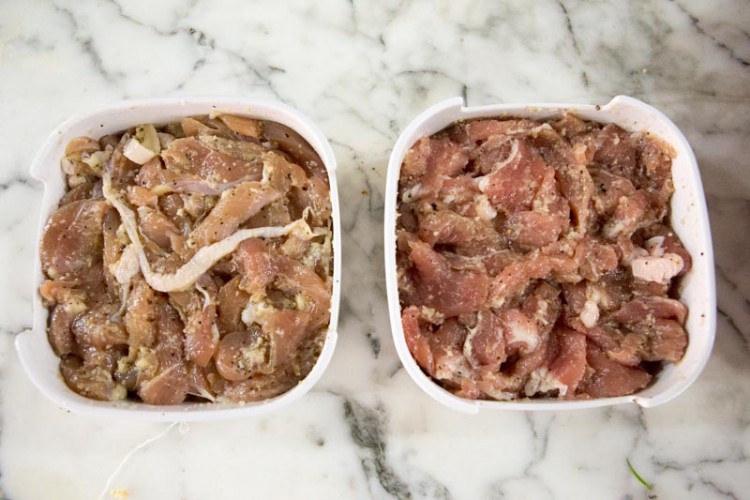 Pepper Chicken ($8) and Pepper Pork ($8). If you’re a vampire, garlic may not be your thing. 12_45 has black pepper marinated alternatives as well which give nice smokey taste after grilling. Compared to other mookata chains, 12_45 does have a slightly limited selection but isn’t that exactly the authentic mookata experience – simple marinated meats and a good meal. The homemade chicken cabbage soup is also really well-done, and 12_45 has really concentrated on getting their basics right.

The huge open space of a neighborhood coffeeshop ensures your clothes don’t stink after dining at 12_45 mookata, which is the disadvantage of many other places.