At times when I find myself at Golden Mile Food Centre, I often venture out from my usual meal to discover something new. I mean, the tourist locale is home to many renowned stalls and wouldn’t it be a huge waste if I didn’t endeavour out? I thought I’d let my eyes decide and went with the stall that had the most patrons. As I walked past Ah Xiao Teochew Braised Duck (亚笑潮洲卤鸭), I locked eyes on an entire film crew in the midst of what seemed like a food show with the owners. And of course, the mere fame reeled me in to give their food a try. 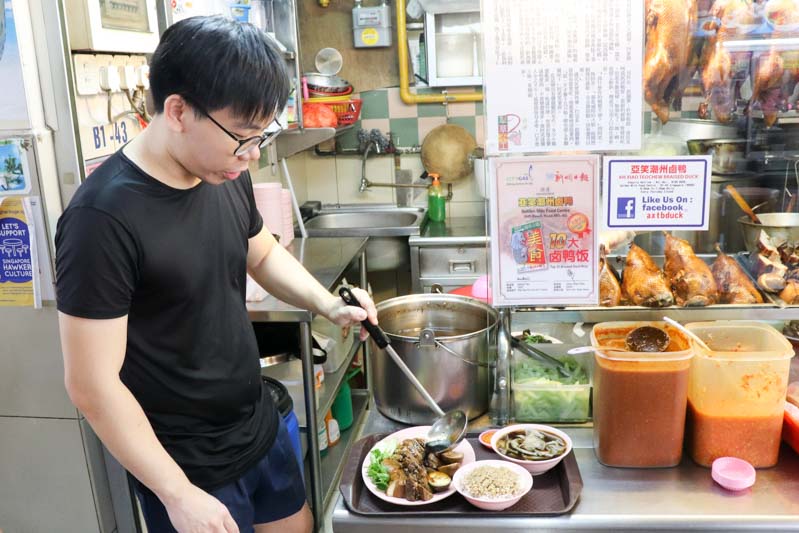 Run by second-generation hawker Rui Hai, the young chap took over his parents’ business almost a decade ago. Radiating with energy, he held an extremely hospitable stance as he greeted customers.

His cheeriness truly made the experience more gratifying and it was evident as neighbouring stall owners, friends and patrons often lingered around for a chat. I absolutely adored how Rui Hai and his parents, who assisted in-store, would ask a few questions to whip up just the right amount of meat and toppings to satiate their diners.

I was handed a full platter consisting of a Quarter Duck (S$10), with an additional single portion of Braised Pork Belly (S$1) and some braised eggs, tau kwa (firm tofu) and tau pok (beancurd puff), each at S$0.50 per portion. Drenched in luscious dark gravy, the sheer sight of the supple duck slices was all too inviting. Approximately 20-odd ducks are prepared daily and easily sold out by early afternoon. I prefer boneless meats as compared to wings, legs and drumsticks so this cut and portion certainly appeased. 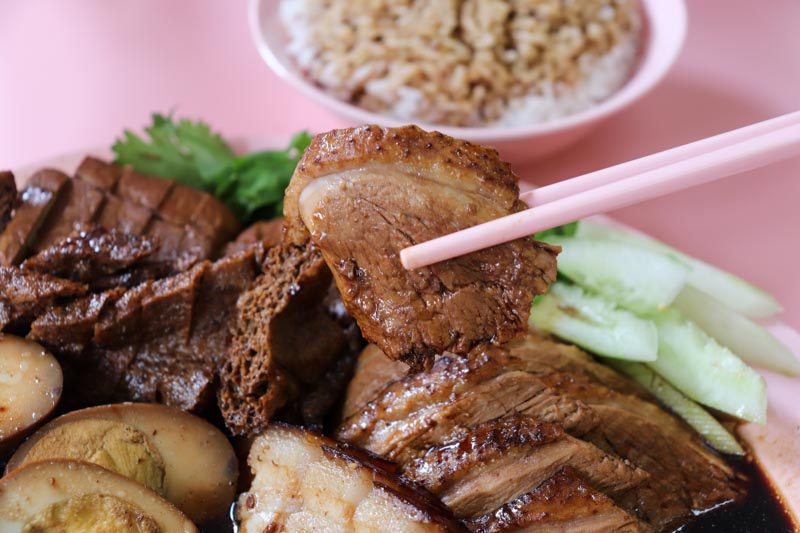 I could easily pop a slice in my mouth to savour it because of its bite-sized demeanour, and there’s only one word to describe it: heavenly. Ah Xiao Teochew Braised Duck simply nailed it. Call it what you want but it was delicate, tender, succulent and every other delectable description in the book.

The slightly herbal sauce was nicely soaked up by the duck, which heightened its flavour. It was just the right texture that wasn’t too tough to chew nor too soft to melt in your mouth. Positively a masterpiece on its own. 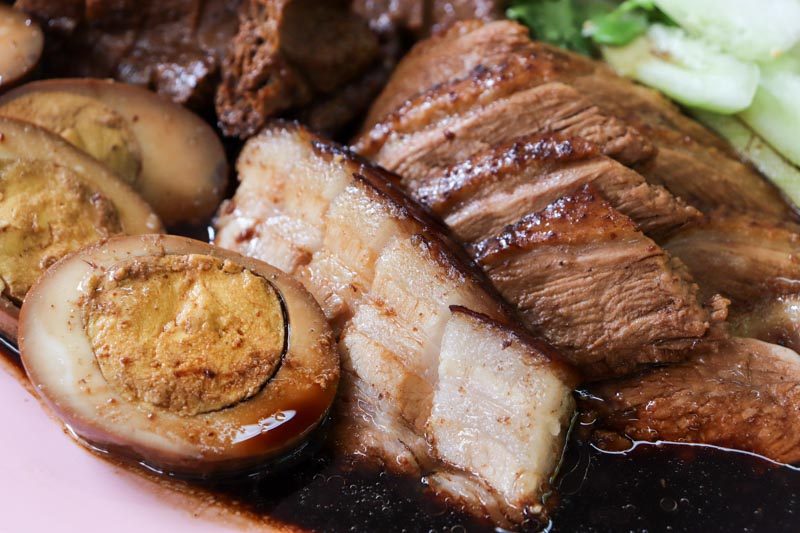 If you came with a larger party, I’d definitely recommend adding some braised pork belly slices just to vary things a little. Who doesn’t like a sharing platter with a bit of everything? 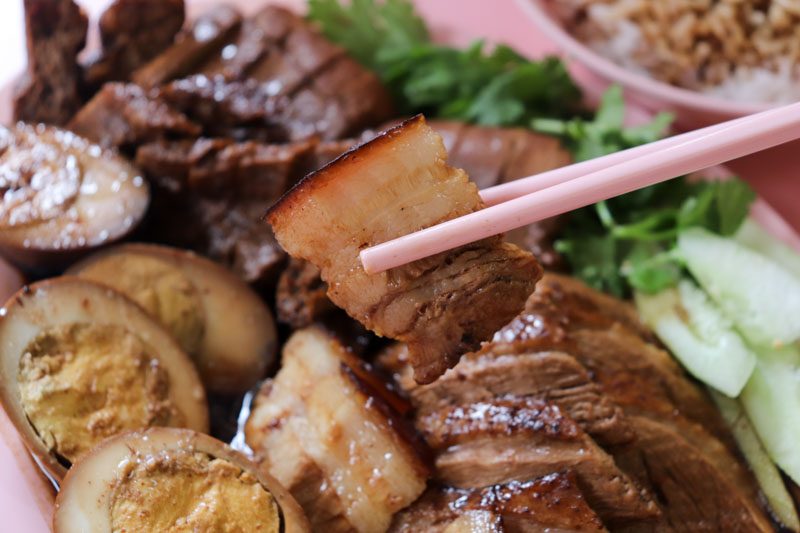 There was nothing much to shout about it although I thoroughly enjoyed this addition on my platter. Don’t get me wrong; it was juicy with its fair fat-to-meat ratio and oh-so-tasty, but it could only boast so much. 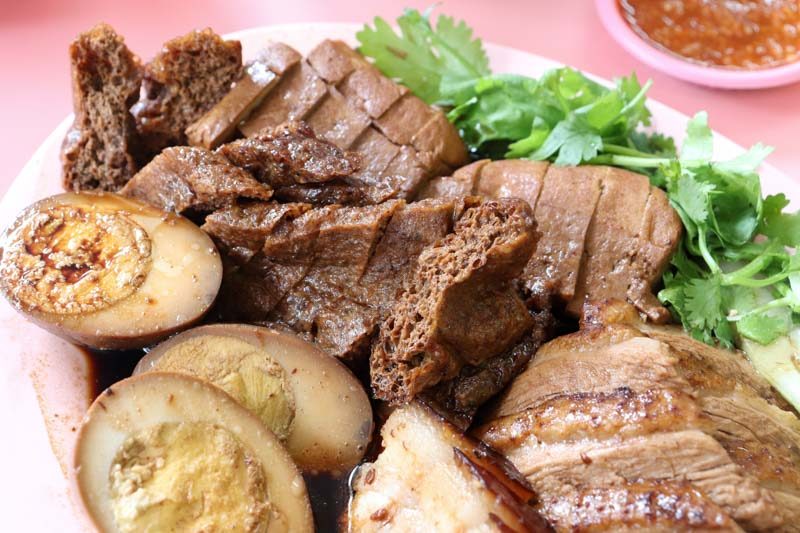 It’s pretty common to find sides served at stalls like Ah Xiao Teochew Braised Duck and they were no exception. With simple options such as braised eggs, tau pok, tau kwa, pig skin and more, I wondered how they would fare in the ‘extras’ department. 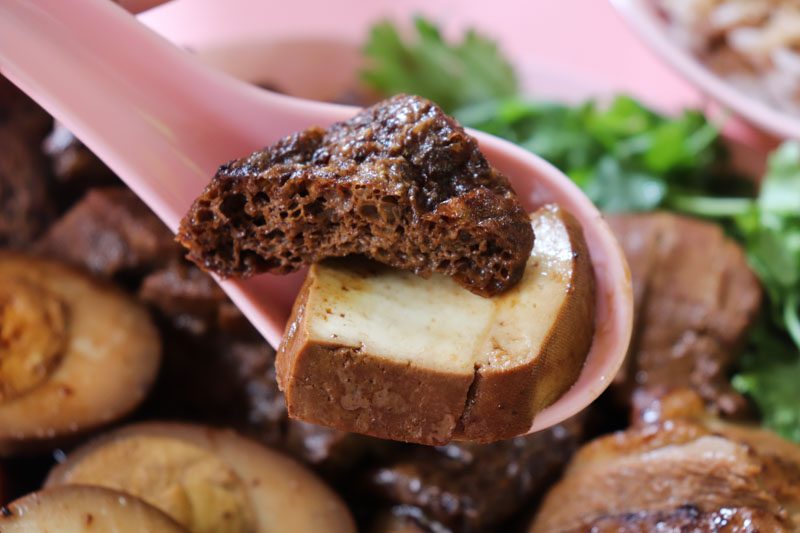 The viscous sauce had mild accents of herbs that accentuated its flavour, easily making anything delicious when paired. To me, these sides played a vital role in making my meal a complete and wholesome one. For Ah Xiao Teochew Braised Duck, it certainly sealed the deal with its freshness and generous portions at an affordable price. 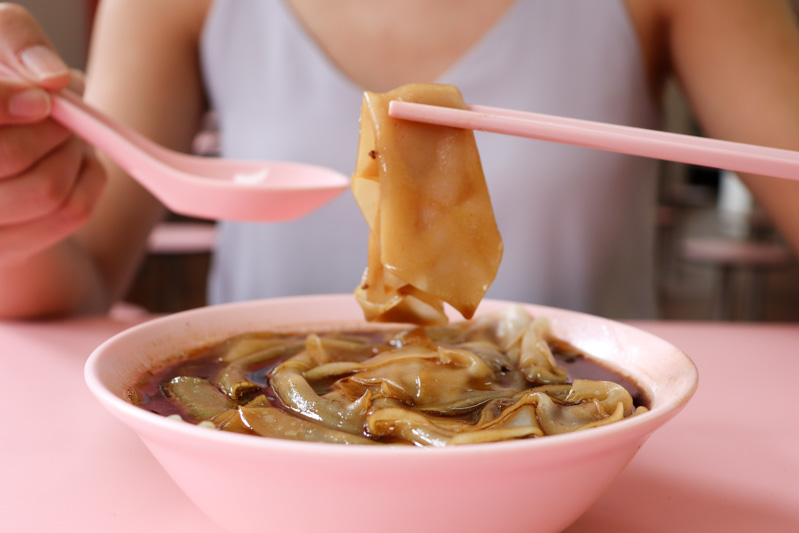 A familiar favourite that you’ll often find at braised duck stalls is kway chap (soy sauce broth with broad rice sheets). Doused with their house-special sauce, this soupy version stands as a substitute in place of the standard bowl of rice.

I must say the flat noodle sheets were robust and had a firm texture to them, which I enjoyed. Team it up with that divine gravy and it makes the unsuspecting staple pretty outstanding. And of course, when you pair it with those heavenly duck slices, you get a powerful combination. 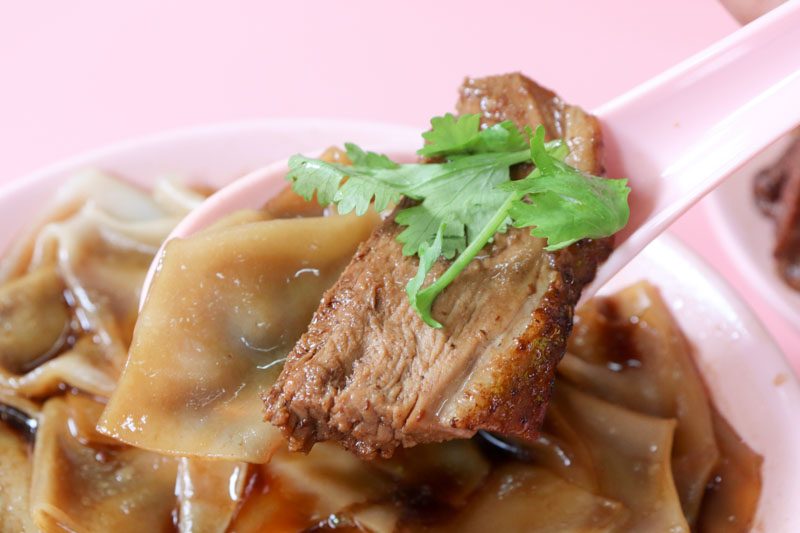 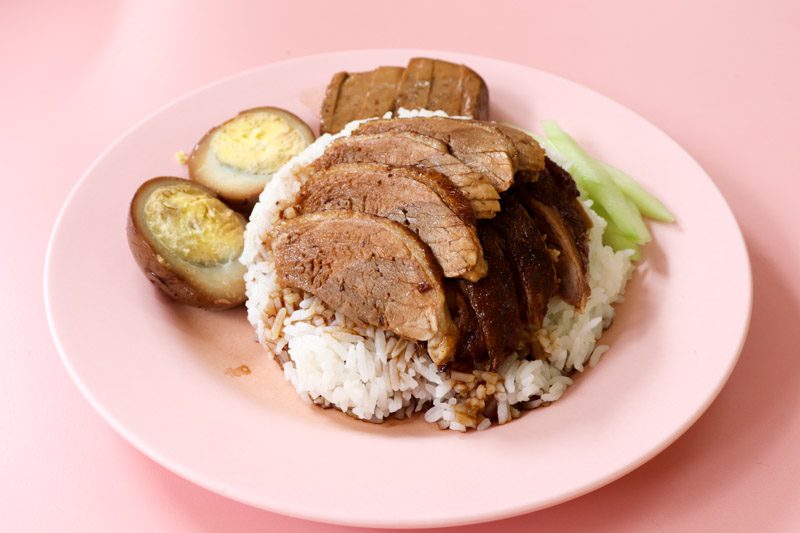 I couldn’t forgo trying a plate of Braised Duck Rice (S$3), to see how a single-party portion fared. Together with a Braised Egg (+S$0.50) and Braised Tau Kwa (+ S$0.50), this was by far the largest portion I’ve ever had to date.

Plus, it turns out that their second branch over at Bendemeer Food Centre is run by Rui Hai’s brother and offers the exclusive option of Yam Rice. For now, the one at Golden Mile is missing out but we can only hope in due time they’ll bring it in! 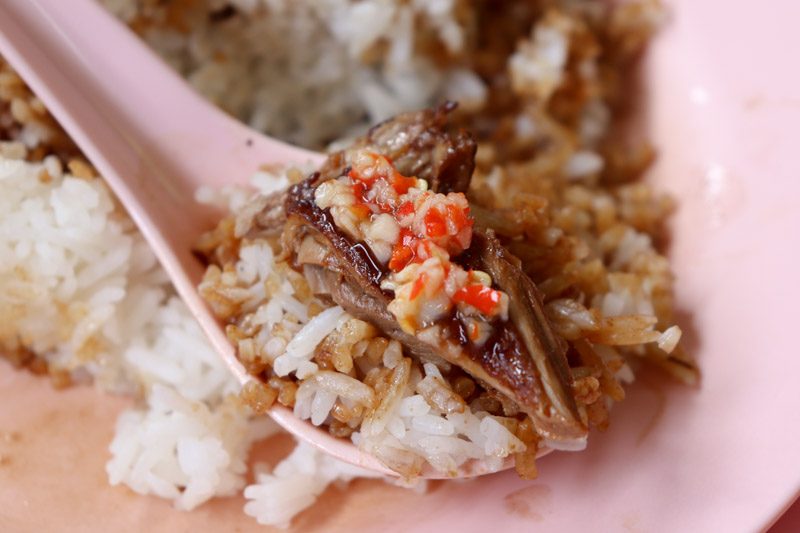 Don’t forget to add some of Ah Xiao Teochew Braised Duck’s in-house chilli sauce, made of vinegar, garlic, and chilli padi. It packs a spicy and tangy punch that you’ll relish with delight.

It looks like Golden Mile Food Centre has some serious competition with Ah Xiao Teochew Braised Duck. The tenacity and passion in this second-generation-run hawker stall is one you need to make a special trip down and enjoy comfort food at its best. Let’s just hope they bring in the yam rice soon. Have A Taste Of Taiwan At Singapore’s First Shilin Night Market...