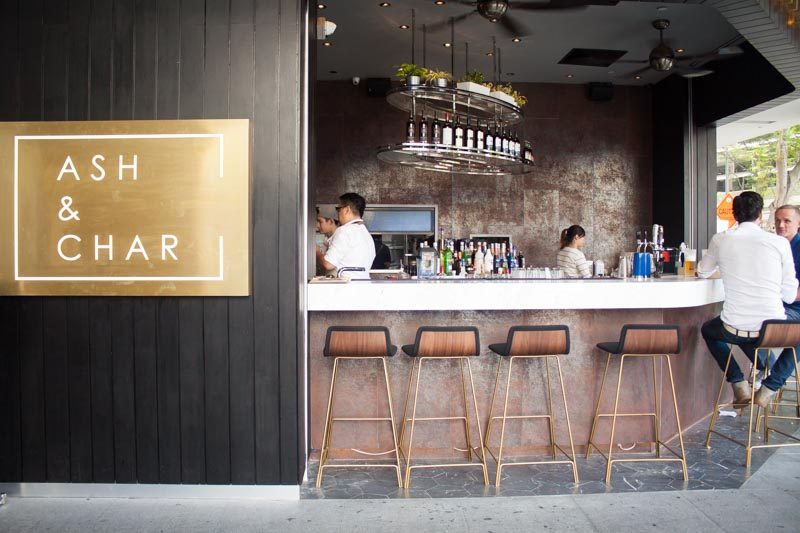 Tanjong pagar is fast becoming a food lovers’ paradise given its growing restaurant directory of global fare. Korean food may come up tops but new ventures are popping up on corners every other month, including the new kid on the block: Ash & Char.

I absolutely love the open bar concept which is great for people watching during the lunch hour. 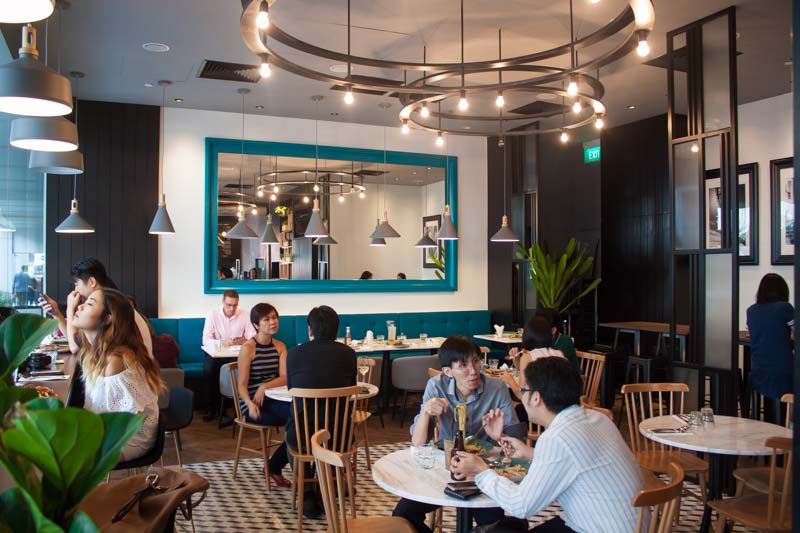 Warm colours and large windows lend to a bright and casual setting for your lunch break that will surely perk you up for the rest of the day. I’m a sucker for any kind of greenery and Ash & Char manages to create a welcoming space with enough seating to accommodate the crazy lunch crowds, without making you feel claustrophobic. I must admit I was slightly surprised by the menu though. Given the name, I came expecting food along the lines of a barbecue or grill but you won’t be finding anything chao ta looking here.

What they’ve done instead is to incorporate subtle smoky and charred flavours into an eclectic menu that features flavours from all over the world. 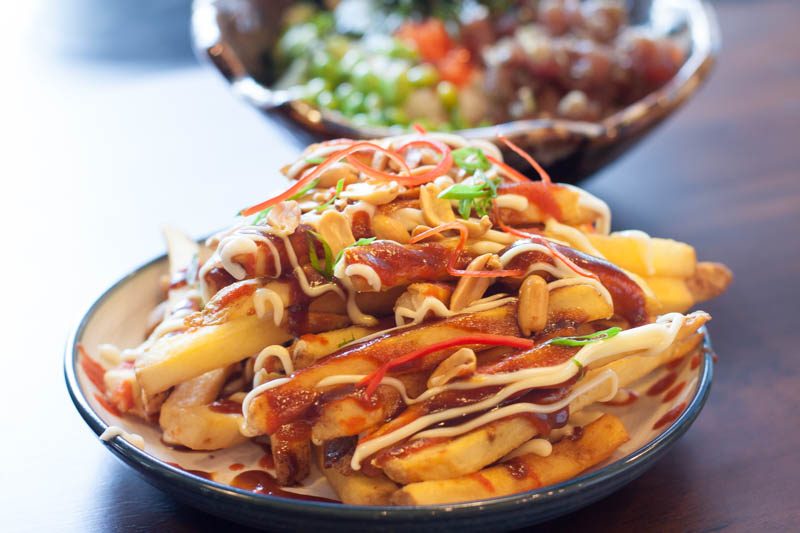 Like these Vietnamese Loaded Fries ($9) for instance. Spicy hoisin sauce, mayonnaise and crunchy peanuts are loaded over a glistening pile of hand cut fries and really make for quite the starter.

I was torn between this and the Thai-style Tamarind Wings ($9), but the sweet and smoky hoisin sauce really made the fries a winner for me. 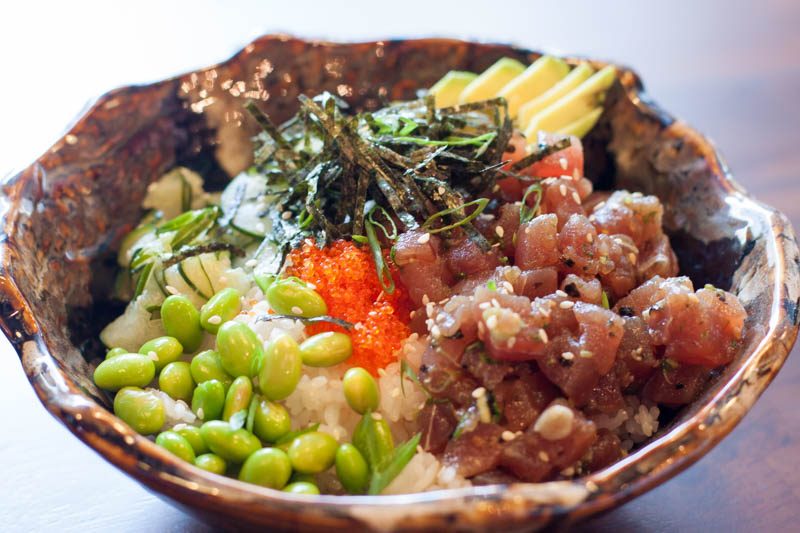 My palate was then taken from Vietnam to Hawaii, with Ash & Char’s Tuna Poke Bowl ($15). Now, poke seems to be the new ‘in’ thing to have on menus but I’m very particular and was quite apprehensive when the bowl seemingly came lacking in any kind of substantial marinade for the fish.

The flavours however came through and were a delight to eat all mixed together, with different layers of textures as well. It felt nice having a healthier option after those indulgent fries! 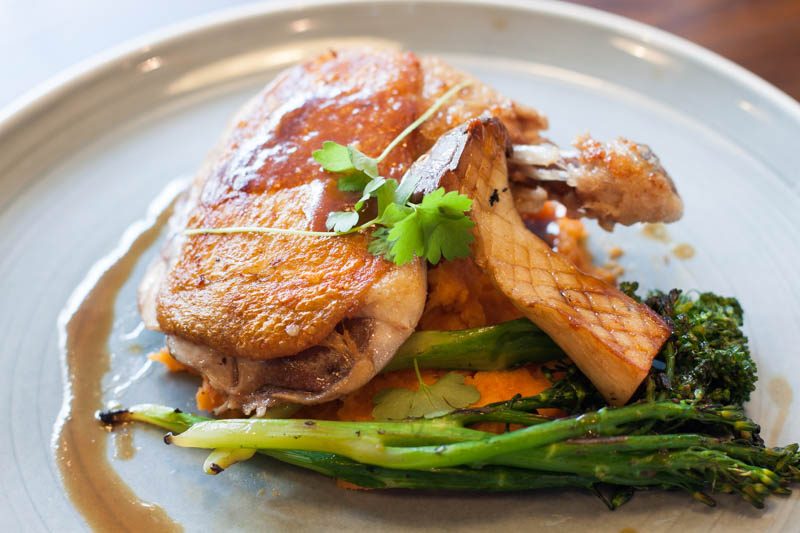 For something with more of an obvious charred element, I opted for the Chicken Leg Confit ($15). The broccoli and oyster mushroom in the dish definitely appeared and tasted lightly grilled and paired nicely with the slow cooked chicken leg.

I finally began to understand the subtle flavours upon tasting the chicken jus, which was permeated with smoky hints of truffle oil. Have this with a pint of your favourite beer and you’ll be set for the rest of the day.

It’s always a pain deciding where to eat because everyone wants a different cuisine. At Ash & Char, at least you know there’s probably something for everyone. Plus, they also serve coffee and dessert which would be the best thing to have while you sit at the window and watch the world (or rather the CBD) go by.

Previous articleWord Cafe: The Only Rainbow Burger in Singapore I’d Brave The Rain For
Next articleEathai Foodcourt Bangkok: 4 Regions Of Thai Cuisine To Indulge In