Mala (麻辣) is a spicy and numbing sauce originating from China, particularly the Chong Qing and Si Chuan region, which has now found a home in Singapore. Consisting of chilli pepper and various herbs and spices, it is simmered in oil before being served.

Mala hotpot dishes can be customised according to one’s preferences — pick from a wide selection of ingredients commonly used in steamboat including meat, seafood and vegetables. Sometimes, the level of spiciness can be adjusted as well.

Whether you prefer the stir-fry or soup version, the chilli-laden gravy is sure to numb your senses and have you addicted. Available not just in restaurants, this Chinese delicacy can be found in hawkers and food courts as well.

Here are 10 best numbingly good mala steamboat and hotpot places in Singapore where you can indulge in this spicy dish and quell your hunger pangs: Situated within Star Vista, The Kitchen 品厨 is a food court that houses a great Mala Xiang Guo stall. Avoid long queues at other places and indulge in a savoury bowl of spicy goodness here. Opting for the usual suspects in the mala stir-fry mix, we had egg noodles, potato slices and kelp along with several bamboo shoots. Pricier compared to other mala joints, the vegetables costing $0.80/100g, meat at $2.80/100g and seafood at $3.80/100g. Make sure that you don’t over-order! Tucked away in the Chinatown area, Si Wei Mao Cai 思味冒菜 is well-known for their authentic Sichuan cuisine jam-packed with lots of chilli peppers. Their dishes tend to be on the oilier spectrum but will definitely satisfy any cravings you have for mala-based dishes. Laden with fiery chilli, their mala dishes are best ordered at a medium spice level unless you are comfortable with extra spice. With the option to choose from their various ingredients, the pot is sizeable and good for sharing with another person. Slurp up the soup if you dare. Located along the stretch of mala hotpot stalls at People’s Park Food Centre, Mala Xiang Guo Ju 麻辣香锅居 serves a robust mala gravy that is said to contain more than 20 herbs and spices all together. Unlike the standard practice where stalls usually charge based on weight, here you pay for the number of servings you choose. Vegetables cost $1 onwards, meats from $2 and seafood from $3.

My personal favourites are the pork slices, Taiwan sausages and kelp. Seasoned with nuts and sesame seeds, they make for a great combination when tossed around in the mala sauce.

The spice takes a while to kick in, so take note. Established as one of the first restaurants to introduce mala into their hotpots, The Magic of Chongqing Hot Pot 重庆火锅馆 has been running for quite a number of years now.

Their tongue-numbing mala and fresh ingredients are what keeps them going strong till this day. Choose some popular servings to go with the mala soup such as their shrimp, hand-made chicken balls and savoury dim sum among many others.

If that’s not enough to satiate your hunger, special dishes like abalone and lobster are also up for grabs in the a la carte section of their menu. Popular for their extensive steamboat selection and top-notch service, Hai Di Lao 海底捞 is a hot favourite among many locals. Best known for their Sichuan spicy hot pot, their soup base is sure to numb your senses and have you craving for more. With more than twenty types of condiments to choose from, including handmade scallops and beef balls, you will certainly be spoilt for choice. As always, the spiciness of their broth can be adjusted to your preference. Go for their fiery soup base if you’re game.

I would highly suggest you go for their hand-pulled noodles which are made on the spot by a noodle master who theatrically whips the noodles into shape before serving them to you. Due to high demand, there is a long waiting time before you can get seated so do make reservations beforehand. Boasting more than 100 outlets across Asia, Tanyoto Hotpot 谭鱼头 has become one of the most popular steamboat chains from Sichuan.

With quality ingredients and an extensive menu that features all types of meat, seafood and vegetables, this is definitely a go-to spot for a mouth-watering steamboat. 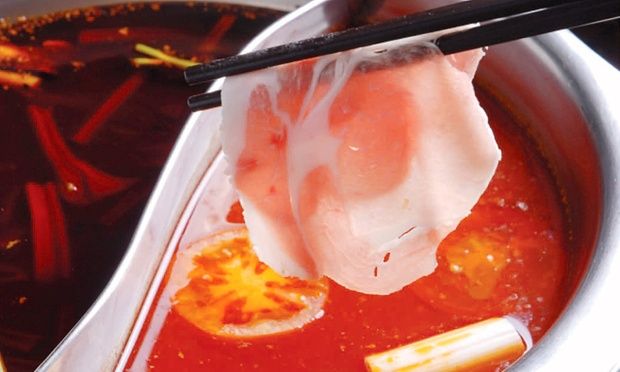 There are a wide variety of soup bases made in-house from fresh ingredients accompanied with a whole range of sauces from sesame paste to satay dips.

The only downside is that the prices are slightly steeper, but for their authentic Sichuan fare and premium food selection, it is well worth the money. Their house special is the Charcoal Grilled Live Fish (S$32.80 – S$36.80) with different fish options to choose from; Sea Bass, Patin, Garrupa or Besugo. Eight different flavours are also available for the broth. Obviously, we went with the Hot & Spicy Mala Broth.

To top it off, we added potatoes, vermicelli and seaweed ($2.90 each) as our sides. Nestled within JEM Shopping Mall, Cookhouse’s Mala Xiang Guo is by far one of the best mala hotpots I’ve had the pleasure of tasting. After a day of shopping, this is the perfect place to indulge in an addictively flavourful bowl of mala. Ingredients are charged based on their weight and stir-fried together in the piquant and tangy mala sauce.

My suggestion is to go for the Maggi Mee noodles instead of the usual rice bowls. You’ll be amazed by how great it tastes. As this is a popular mala stall among the Westies, be prepared for long queues during peak hours! One of the first mala hotpot eateries in Singapore, Ri Ri Hong Mala Xiang Guo 日日红麻辣香锅 is so popular that it has two outlets situated at People’s Park Food Centre just to cater to the crowd.

Not only is their hot pot reasonably priced, but they also charge based on the serving portions instead of the weight of the ingredients which most stalls usually do. Their vegetables, meat and seafood are $1, $2 and $3 respectively. Fried in a wok, the spiciness can be adjusted according to your tastebuds (Mild, Moderate, Spicy or Extra Spicy). Tossed around with ingredients of your choice and more than 20 herbs and spices, their mala is a must-order for fans of this dish.

One serving is good to be shared by two people, perhaps with a bowl of rice to go with. Do be wary of the ridiculously long queues during dinner time. And finally, the top of my list would be LongQing Hotpot. Priding themselves on various soup bases that are 100% free of MSG and made from scratch, it doesn’t get any better than this. In addition to their delicious hotpot, their restaurant is decked out in super hip furnishings complete with concrete walls painted thematically and tastefully. For the divided bowl, we selected a mala broth on one side and wild mushrooms on the other. The spicy mala was numbingly satisfying as our meats and vegetables absorbed the spice when dipped into the piping hot soup. The wild mushroom was an excellent palate cleanser as well.

Perfect for an intimate dinner setting with your loved ones.