I’ve lived in Bishan for all my life, eating my way around the heartlands. Some of you may say that there’s nothing much to eat here. But that’s because we Bishan residents have actually been keeping a secret. This long-established stall has been around for more than 30 years. Yet, it’s quite surprising how it’s been kept under wraps so well. You’ll be surprised to know that the current owner isn’t actually the original owner, nor are they related. Wa Zai took over the stall from the original owner when he retired then. Now, he runs the business with his own staff. Their signature Char Siew Wanton Mee 叉烧云吞面 (S$3/S$4) didn’t look like the most appetising of dishes, admittedly. The pale colour of the noodles was rather off-putting. 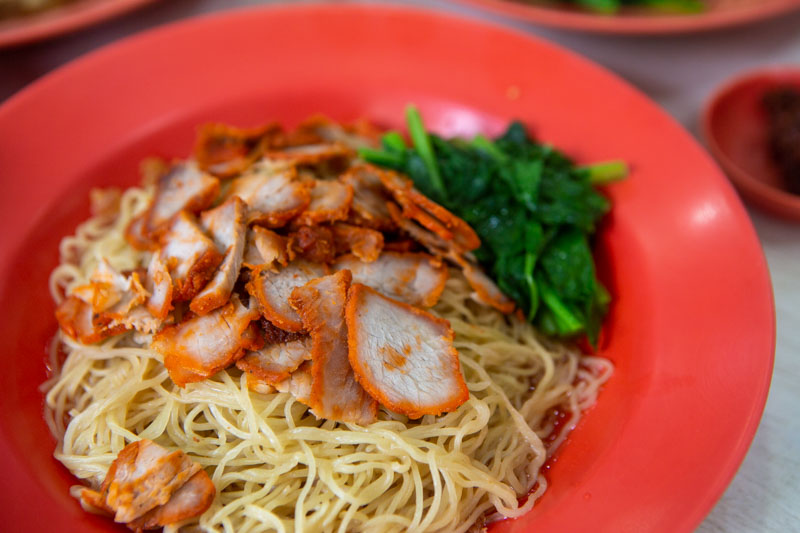 Luckily, the texture and flavour of the noodles soon proved us wrong.

Springy and firm, the thick, round noodles broke off easily with every bite. 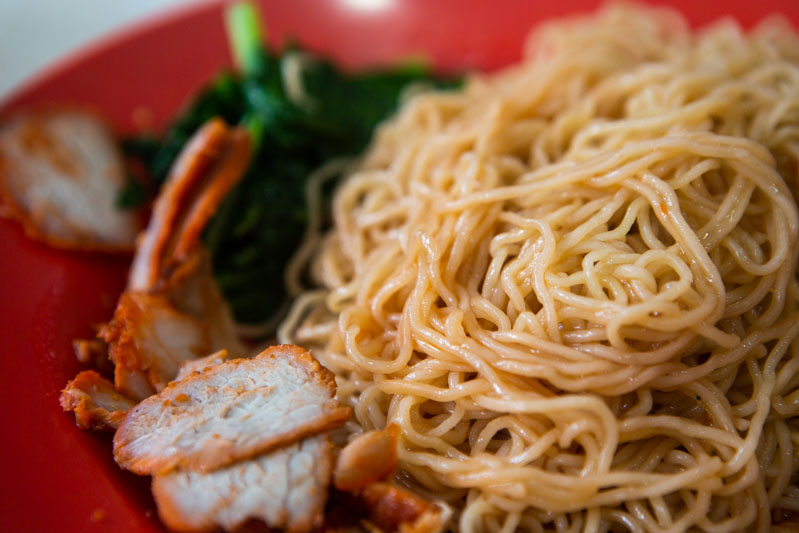 Cai Ji Wanton Mee also adds ketchup into the concoction of sauces that sits beneath the noodles. Give it a good mix with the noodles to get an appetising reddish hue. 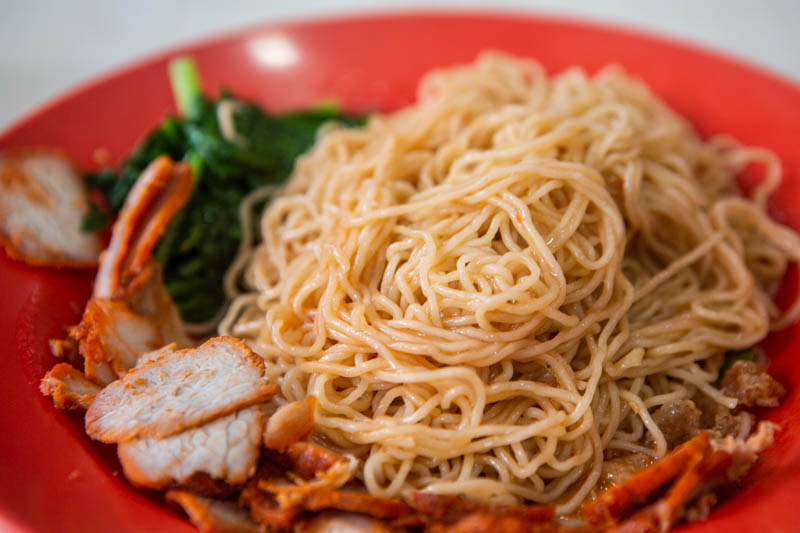 We loved how the ketchup gave a delightful tinge of sweetness in every bite. It coated each strand of noodle entirely, making for absolutely yummy mouthfuls. 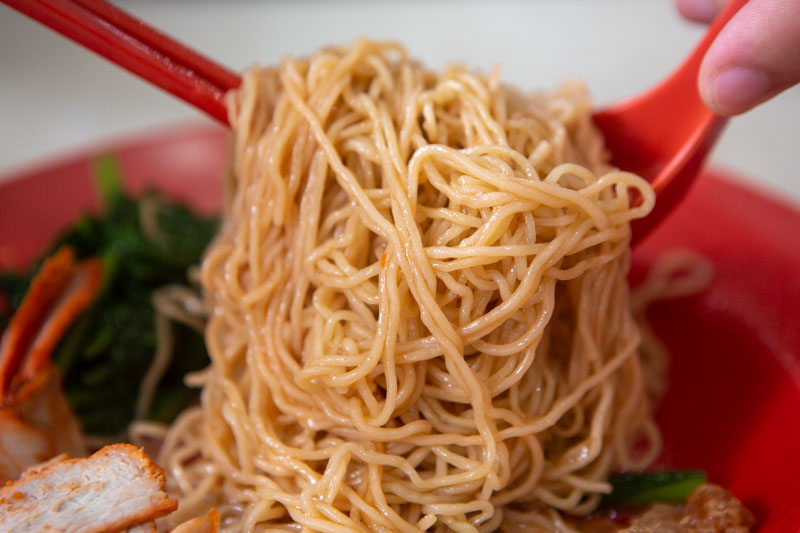 The noodles came in a very generous portion too, and we definitely felt satisfied after wiping the plate clean. 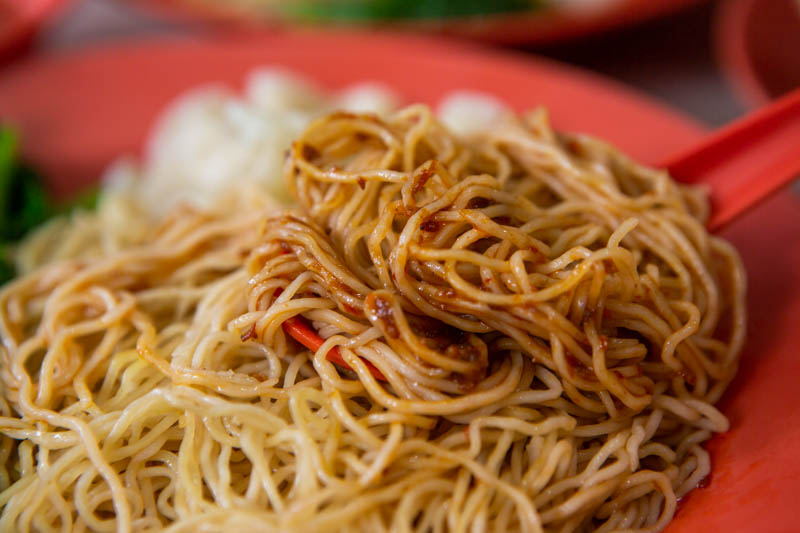 Oh, make sure you request for their extremely smoky sambal chilli too! It packs an irresistible punch of spiciness that the noodles go really well with. 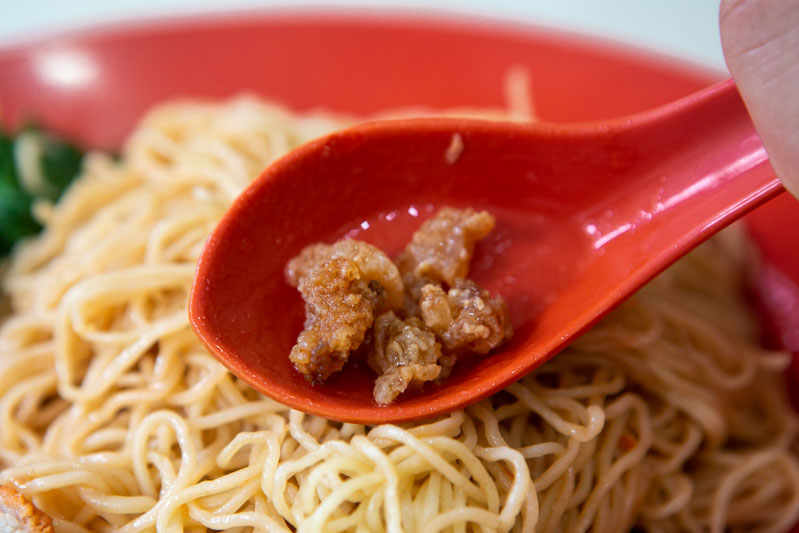 As a bonus, the pieces of fried lard from Cai Ji Wanton Mee were simply scrumptious. Their perfectly crunchy texture contrasted well with the softness of the noodles. 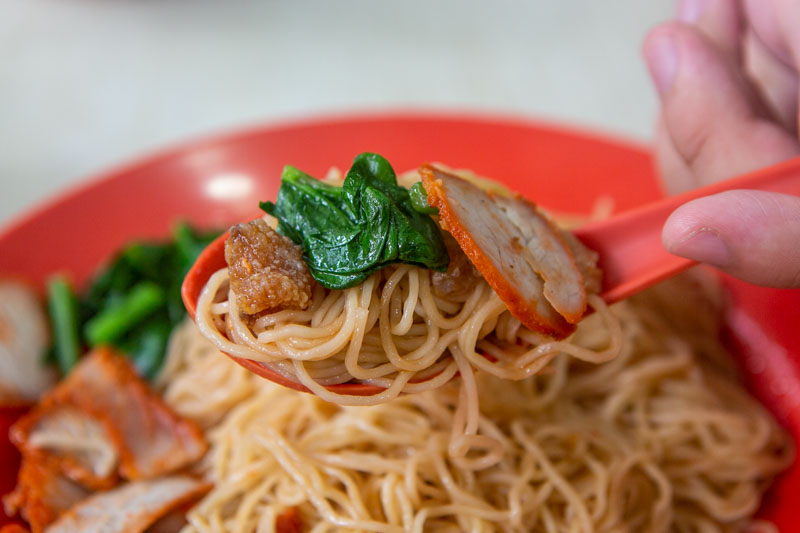 The noodles weren’t overly oily too, which meant we could indulge in them without feeling jelak. 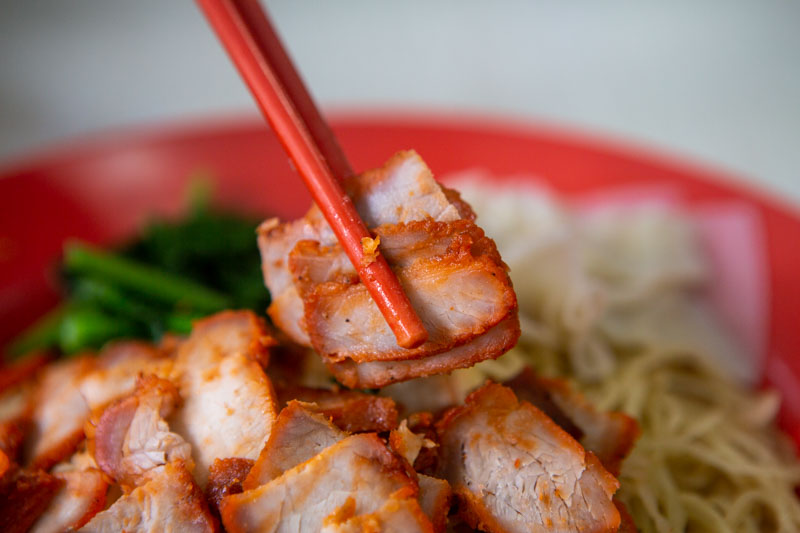 The slices of char siew weren’t anything to rave about. However, we were pleasantly surprised by their decadent flavour as well as slight juiciness. By now, we were aware not to judge a dish by its looks. 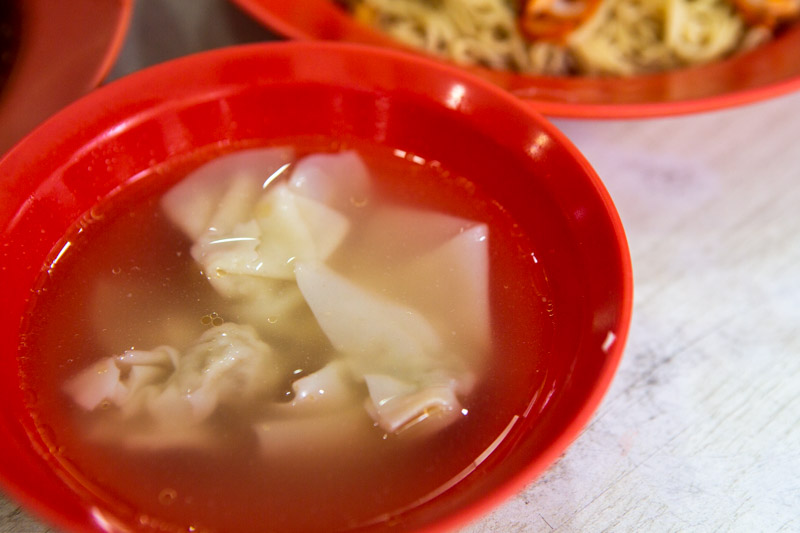 Cai Ji Wanton Mee serves their wontons separately in a bowl of soup. They make them by hand too, apparently! 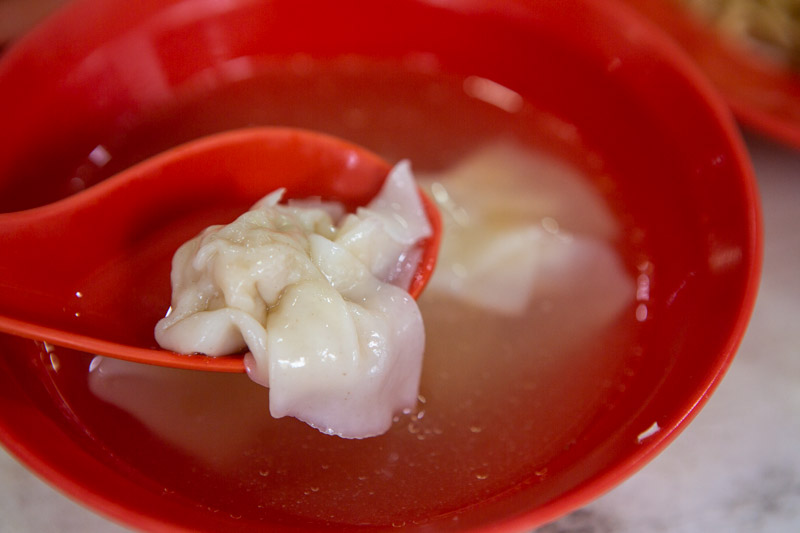 We appreciated how the wonton skin was perfectly thin, just enough to contain the minced pork. 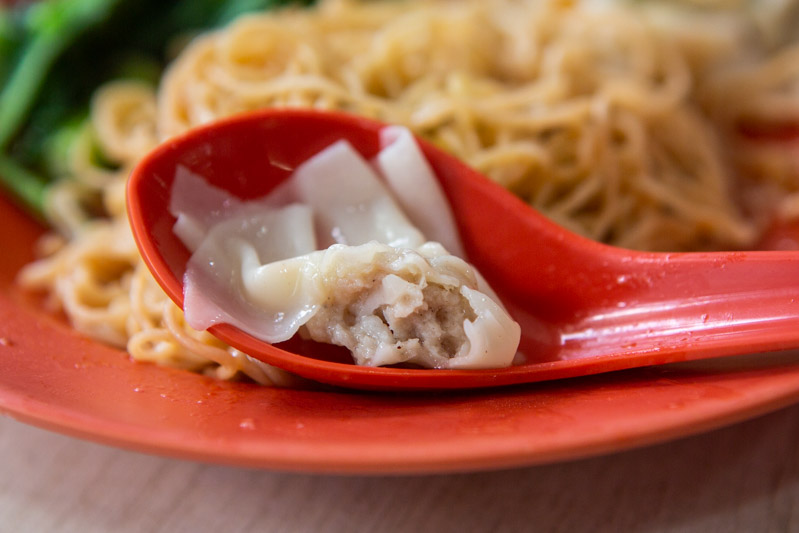 The pork was very flavourful, with a strong kick of saltiness which I personally loved. I only wished there were more of it in the wonton. 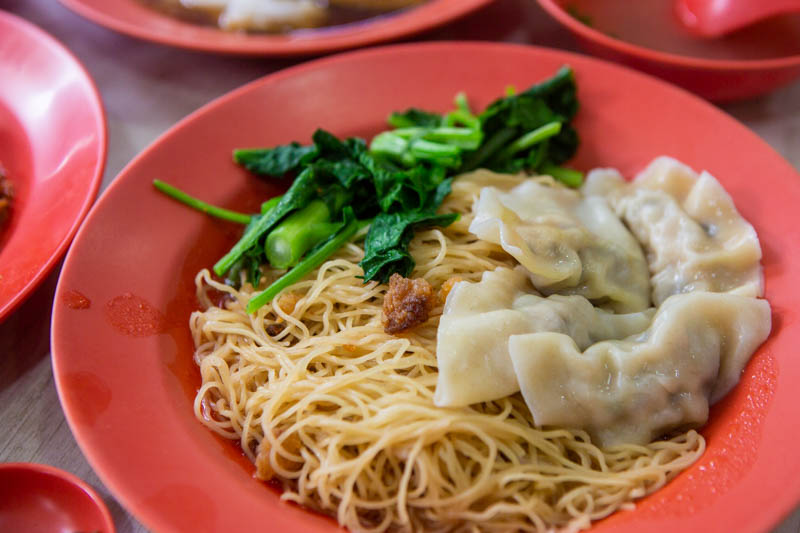 As they use the same noodles for this dish, the only difference laid in the dumplings. 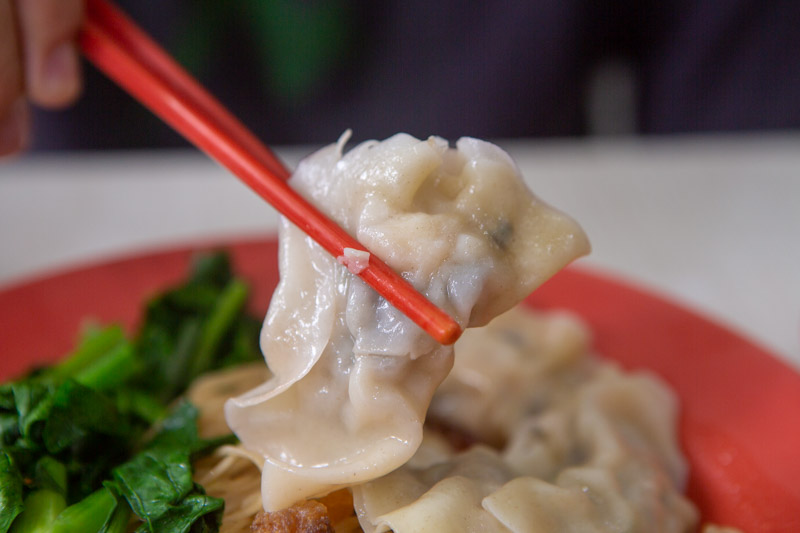 Relative to the wontons, the dumplings were much larger in size. The dumpling skins were thicker, as a result. This gave them a chewier texture, as well as a starchier flavour. 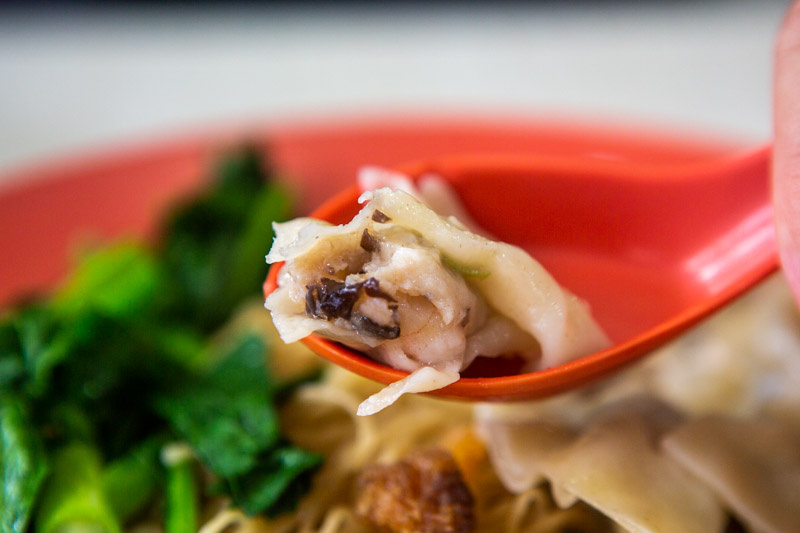 The handmade dumplings also had the same juicy pork meat, with black fungus, turnips and green onions. These gave the dumplings a delightful crunch, I’ll tell you that! 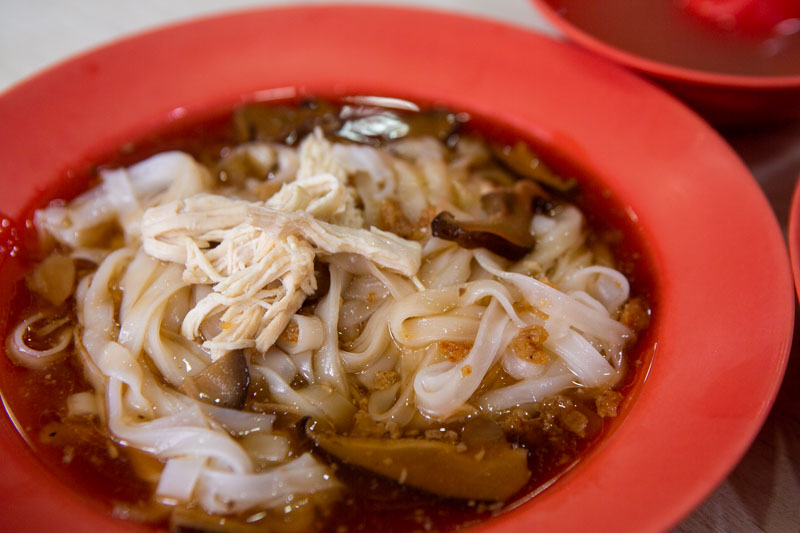 Once again, the dish came with a satisfying portion of noodles, this time in the form of hor fun. 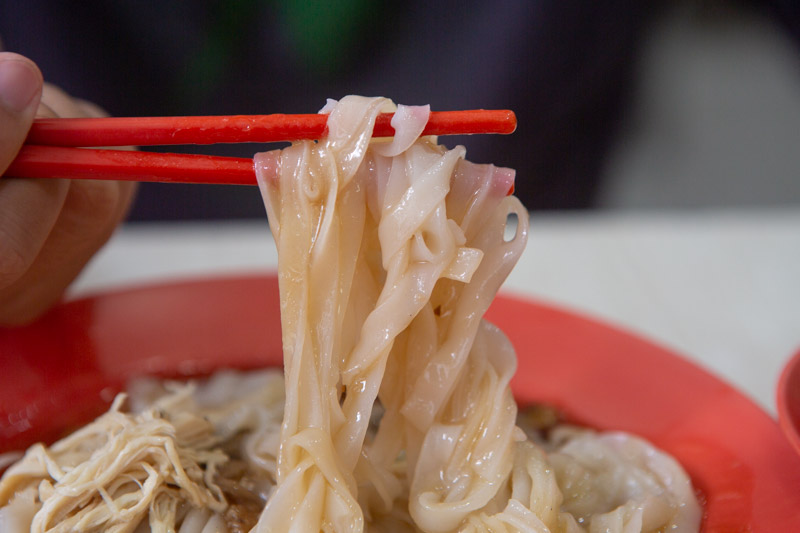 Strangely, even though the rice noodles were thicker than the usual ones out there, I found myself thoroughly enjoying it. There was something about its chewiness and springiness that kept me going back for more. 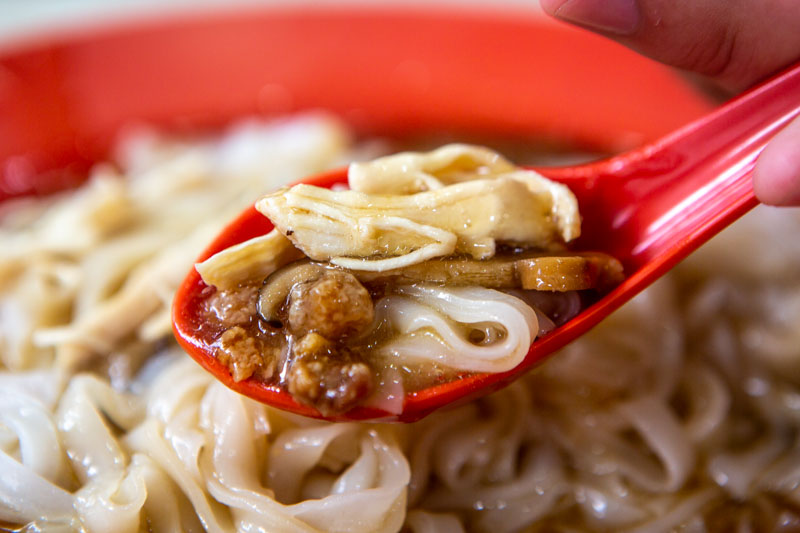 As per the other dishes, they serve the hor fun with a good amount of pork lard. There were also shreds of chicken meat, as well as juicy mushrooms, which all made for an all-rounded bite. Nothing hits the spot like a hearty plate of warm noodles, especially on a cold, rainy day. Considering taste, portion and price point, Cai Ji Wanton Mee checks all the boxes for me. It remains my go-to place for wonton noodles.

I’ve just shared Bishan’s best-kept secret with all of you, so let us know if there’re any other hidden gems in your hood! Good things should be shared, right?