I’m sure we Singaporeans are well-familiar with the two types of chee cheong fun dishes we typically get here. One is the Hong Kong-style, and the other, our local version. But what if I told you that you can actually have chee cheong fun in laksa or with curry?

News of a place serving my favourite dim sum dish in such unique ways brought me to Maxwell Food Centre. Undeniably one of the busiest hawker centres in Singapore, it’s well-known for housing a multitude of popular food spots. 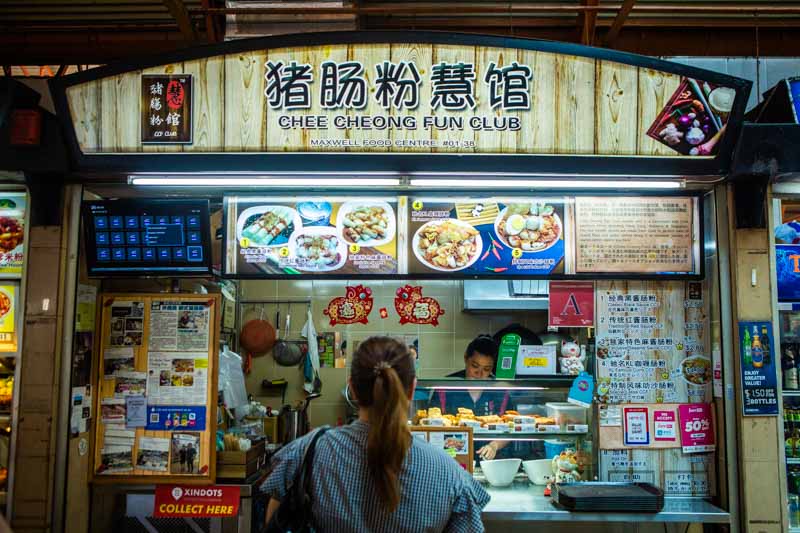 That said, however, Chee Cheong Fun Club 猪肠粉慧馆 is a stall there that’s relatively unheard of. 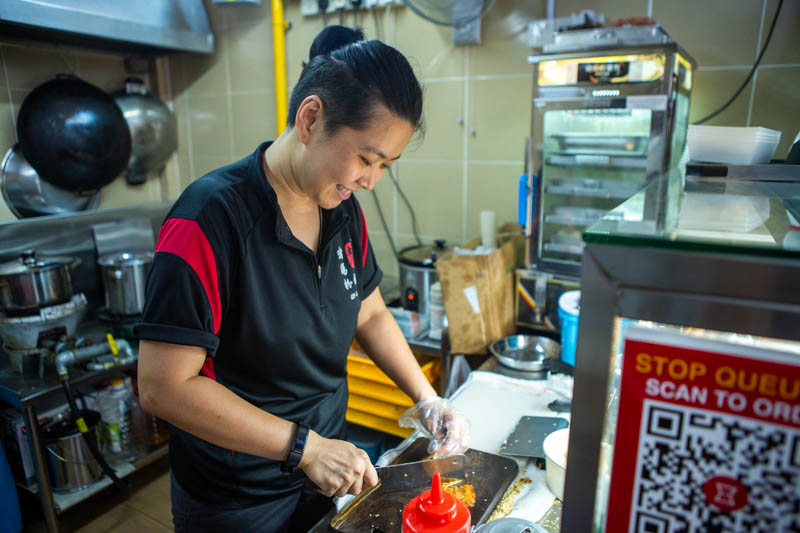 The owner, Ah Hui, hails from Kuala Lumpur, Malaysia. Despite living in Singapore for almost 10 years now, she has only been in business for about a year. 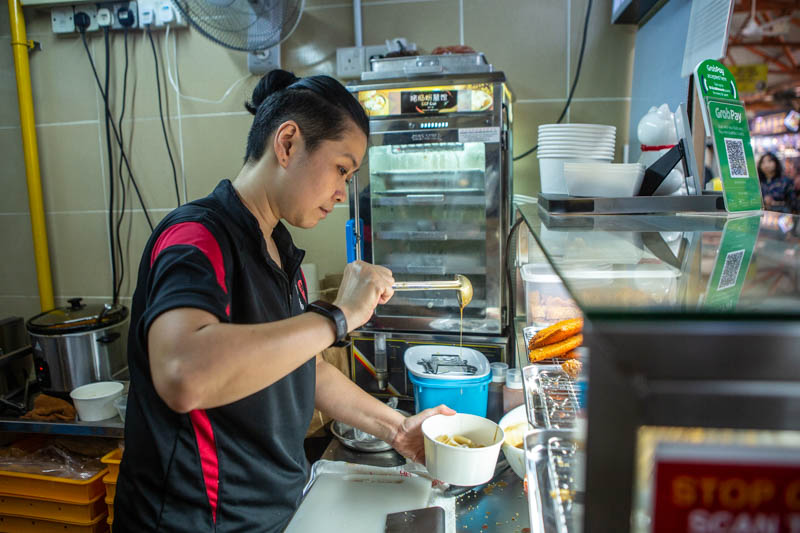 Ah Hui explained that she dearly missed the Kuala Lumpur-style chee cheong fun from home. Thus, she decided to quit her job in the banking industry to open up a chee cheong fun speciality stall. 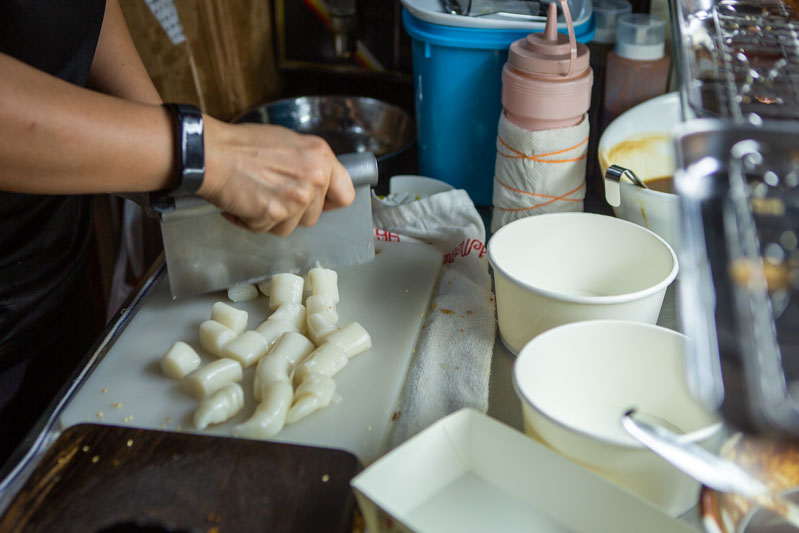 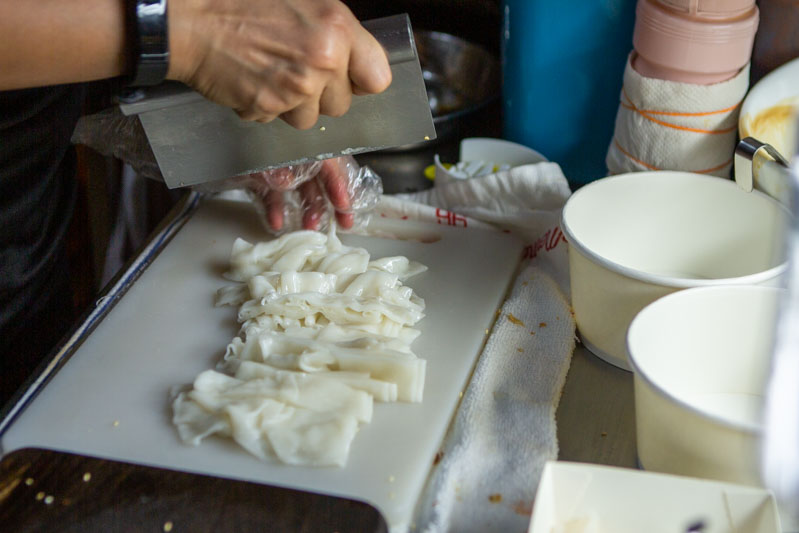 Not only that, but these rice rolls are also all made by hand with the owner’s family recipe. On their menu was a traditional range of three chee cheong fun dishes. Each comes with a different sauce that’s unique to its origin of inspiration. Initially, I couldn’t decide on which to get. However, the owner solved that problem by recommending her new item, Hong Kong’s Memory Lane 香港美味回忆 (S$3.50).

According to her, this dish was once a special item that she would occasionally feature on her menu. But the overwhelming demand for it convinced her to make it a permanent item. 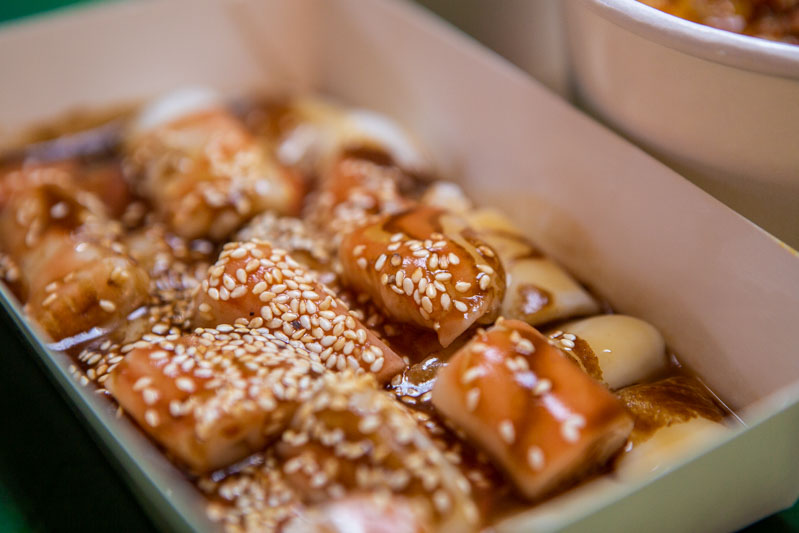 The special sauce in the dish fuses three of their traditional chee cheong fun dishes altogether. It’s a concoction of the Singaporean-favourite Red Sauce, the Malaysian-classic Black Sauce, as well as a Hong Kong-inspired Sesame Sauce.

I must say that for its price, the portion was absolutely value-for-money. Every dish comes with three strips of rice rolls. 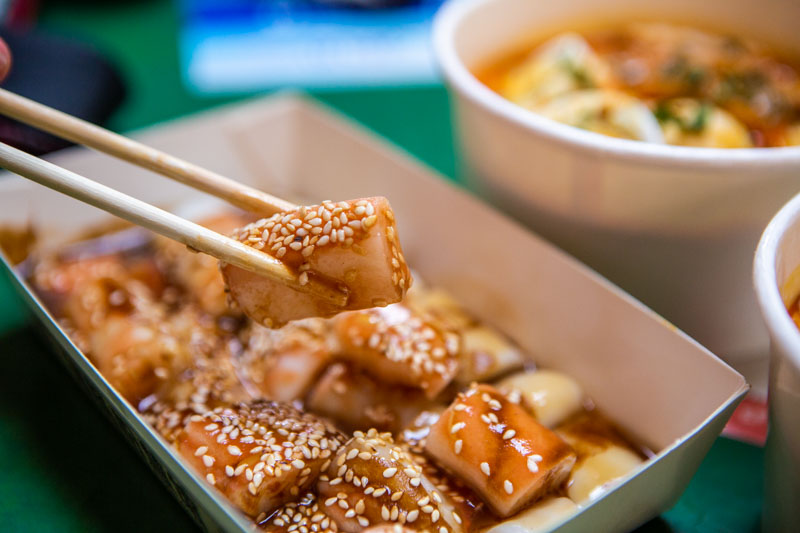 Also, for this dish, they serve it with the bouncy rice rolls. These rice rolls had a stretchy texture which made them incredibly chewy. Because of how dense they were, I felt they were satisfyingly filling too.

Furthermore, even though they were very thick, the luscious sauce still coated them entirely. 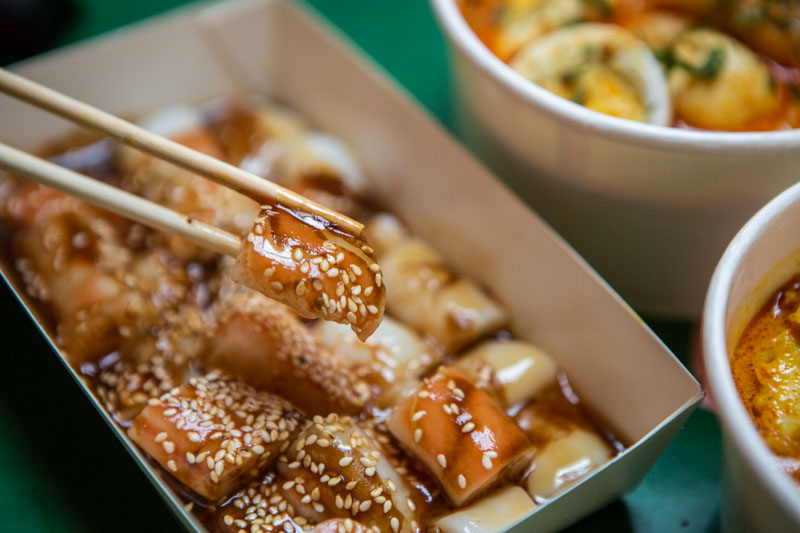 Initially, the idea of mixing three sauces together sounded like a recipe for disaster. However, their flavours complemented one another perfectly. The sweet Red Sauce, nutty Black Sauce and salty Sesame Sauce were in perfect harmony.

Unfortunately, we felt they were slightly lacklustre as the flavours weren’t as strong as we were expecting. Perhaps it’s because we prefer bolder flavours, but the sauces were just lacking some oomph. That said, though, because of its mild flavour profile, the dish wasn’t jelak at all, so we still finished it! 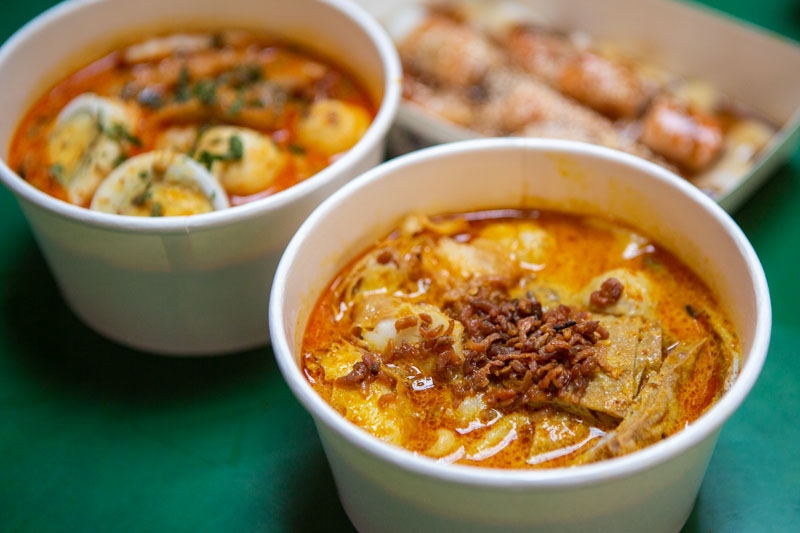 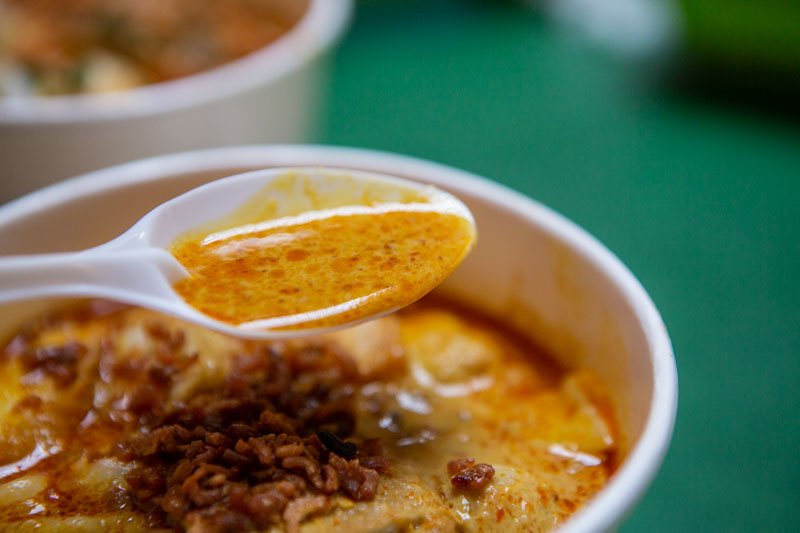 Just the first sip of the curry had me scurrying for a mouthful of water. It was really spicy! Not only that, but there was also a strong fragrance of coconut milk which made the dish a real standout. The owner was totally tight-lipped about the recipe. But she did divulge that her delicious curry gravy consists of just under 20 ingredients. No wonder it’s so aromatic and flavourful! 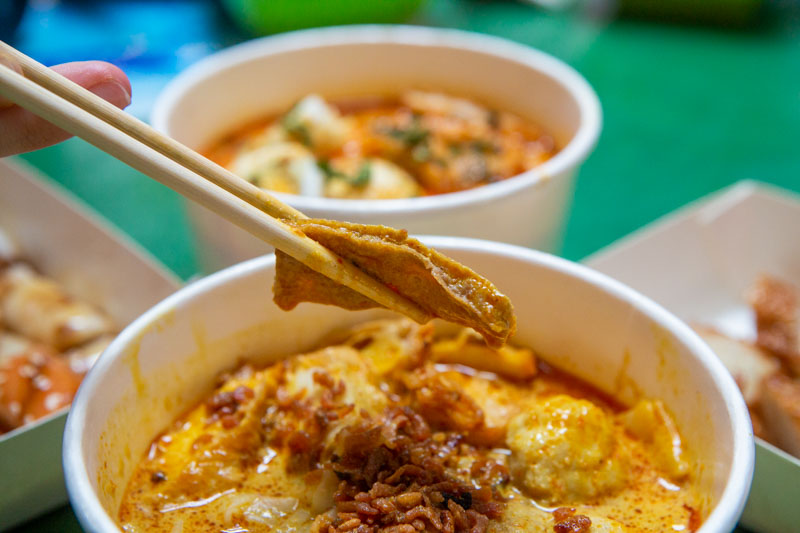 The dish came also with a generous amount of ingredients. The Boiled Crispy Bean Curd 汤煮腐竹(S$0.60) was incredibly soft, soaking up the gravy and its flavours really well.

Likewise, the Tau Kee Roll 豆枝卷 (S$0.50) impressed us with its crispy skin. 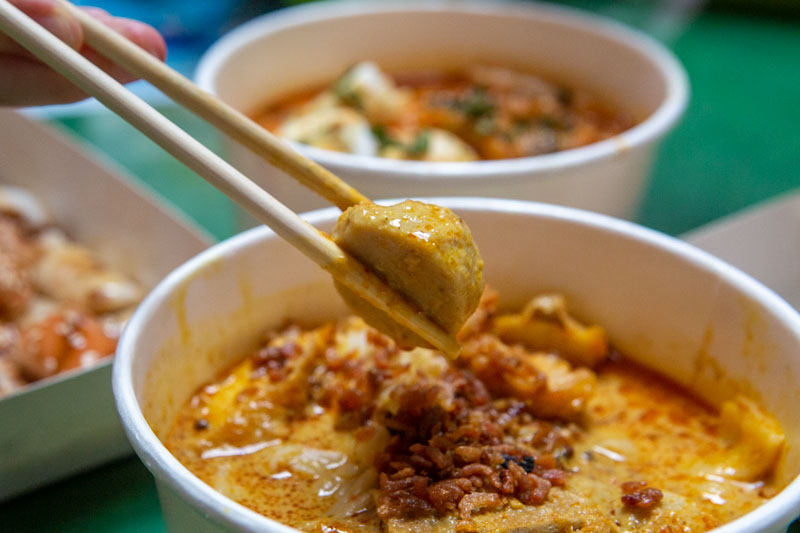 The dish also came with a savoury and porky meatball. 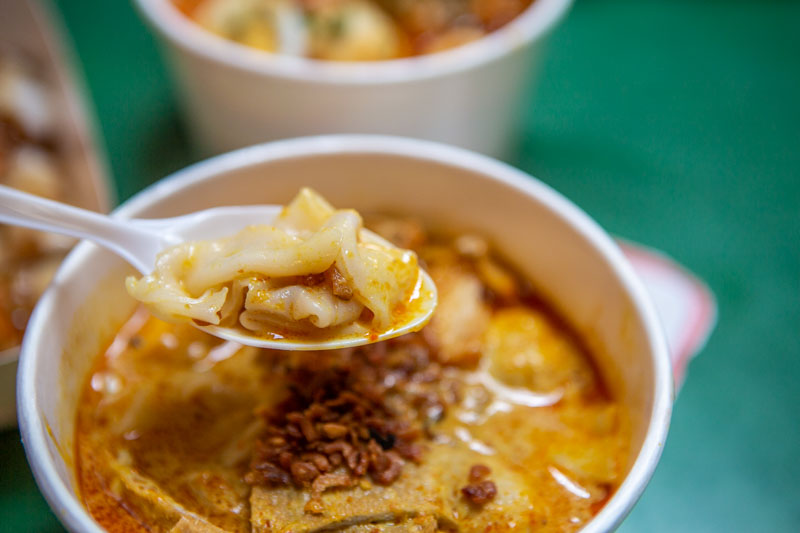 For the dishes with gravy, Chee Cheong Fun Club serves them with flat rice rolls instead. Their thinness allowed the gravy to infuse them with its wonderful flavours.

But this also meant that they were extra slippery! My amateur chopsticks skills proved to be severely inadequate on this occasion. 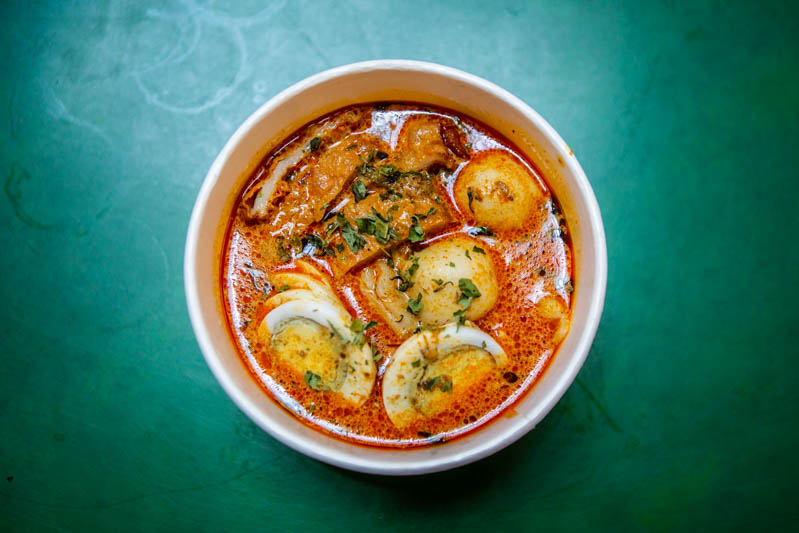 Similar to the KL Famous Curry CCF, there were lots of ingredients in it. 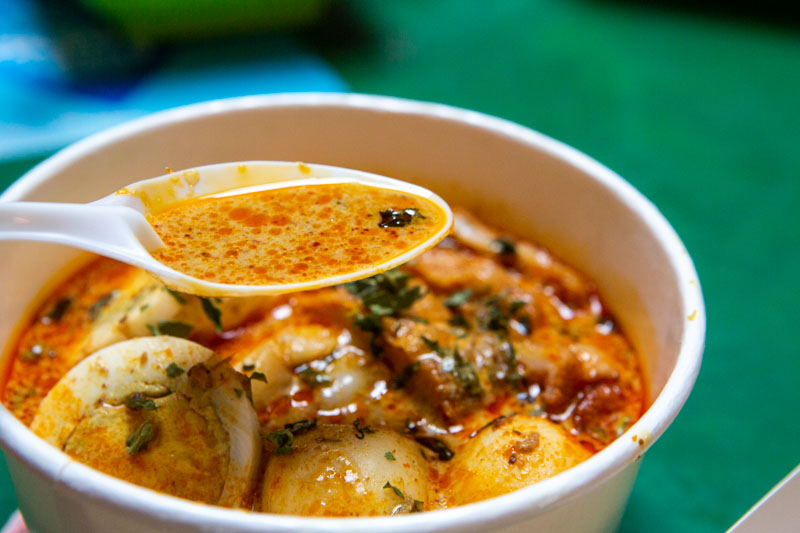 In comparison, the laksa broth was less spicy than the curry gravy. However, it still packed a ton of flavours.

The subtle umami essence of seafood made the broth really palatable. We actually felt it could measure up to the famed Katong Laksa! 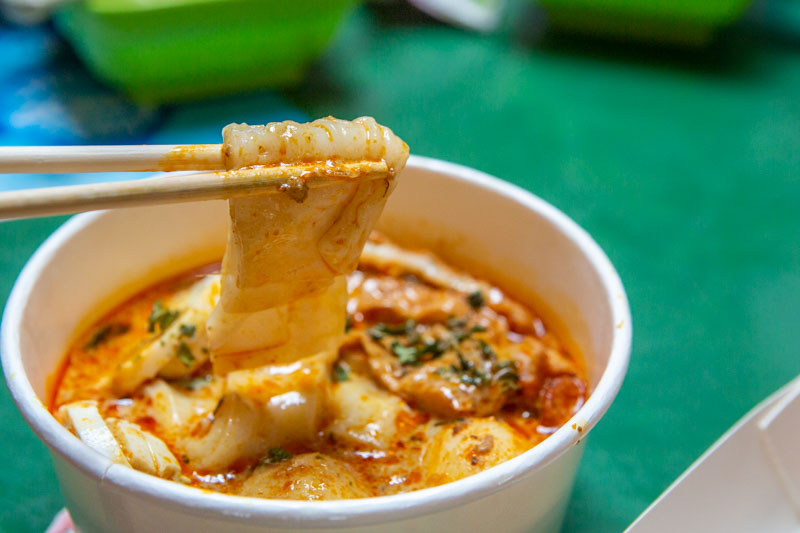 As for the silky smooth rice rolls, their mild flavour contrasted with the subtly spicy laksa broth excellently. 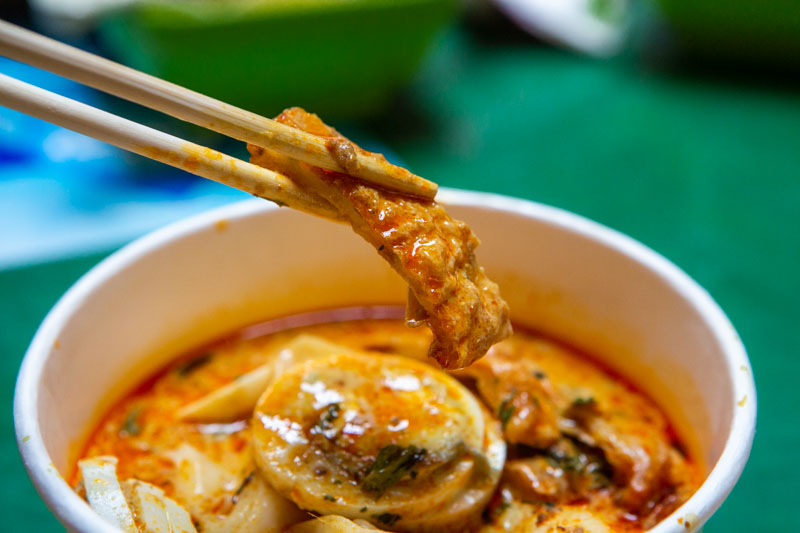 Amongst the sea of ingredients in the dish, the Fish Ngo Hiang 肉卷 (S$0.50) was a standout. 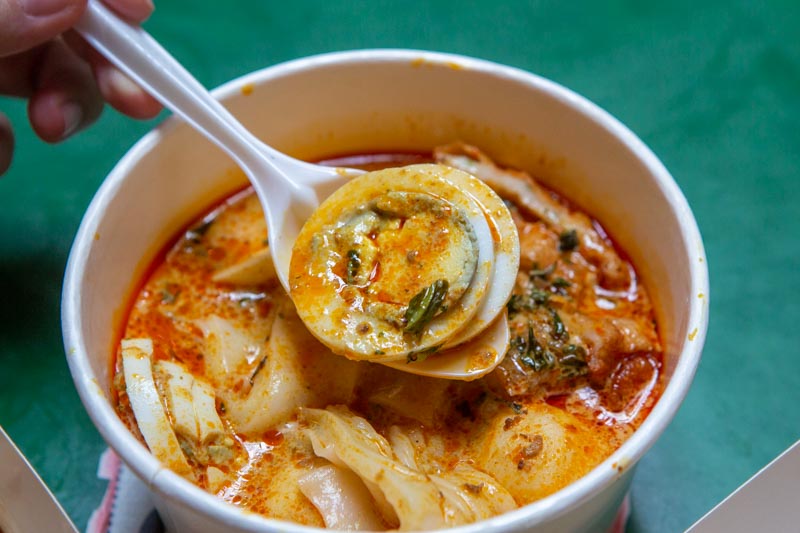 The dish came with slices of egg too, a quintessential laksa ingredient. With such unique and tasty dishes, I’m certain this wouldn’t be my last visit to Chee Cheong Fun Club. Their KL Famous Curry CCF was a straight win for me.

What’s more, I don’t have to travel all the way to Kuala Lumpur for it!