Chickata: Feast On Under $20 Halal Mookata With A Choice Of 30 Ingredients In Jurong East Staying in the West has its pros and cons: we’ve got most of the tertiary schools, and we can head over to Holland Village for a good night out.

But we’ve got to make voyages out of our region because most of the food gems in Singapore, unfortunately, aren’t in the West. Well, with Chickata up and running in Jurong East since August 2017, we now have one fewer reason to leave the West! 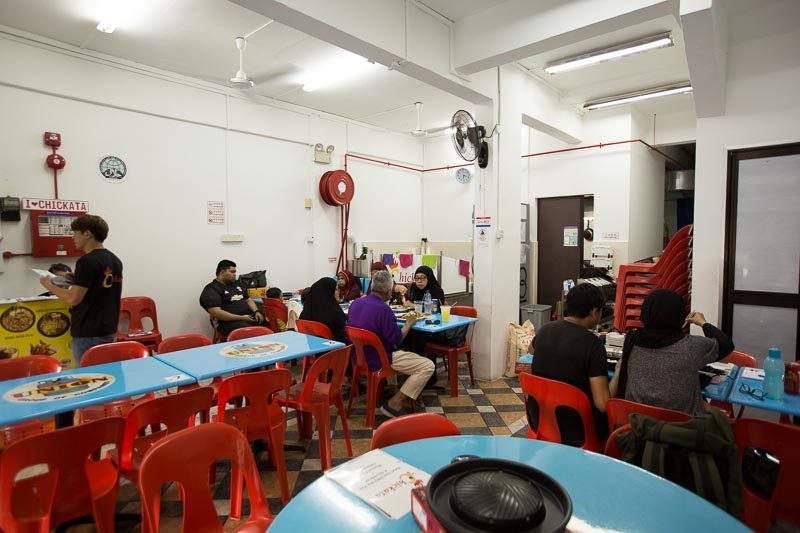 The restaurant is located at Blk 326 in Jurong East, which is quite a distance from the MRT. To get here, drop off at the nearest bus stop and weave through some HDB flats. Chickata’s signboard is rather prominent so you shouldn’t have trouble finding it.

Fun fact: this Halal-certified mookata derived its name from replacing the “moo” in mookata with “chick”, as “moo” refers to pork. Even with the absence of pork, the variety here is by no means lacking. You can select from 30 different ingredients such as Chicken, Abalone Mushrooms, Turkey Bacon and Squid. The Chicken also comes in four different seasonings: Tom Yum, Teriyaki, Black Pepper and Oyster. 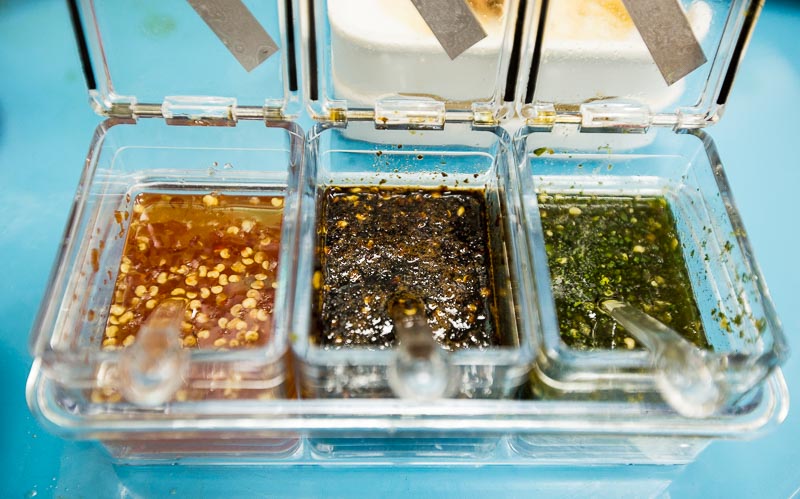 Take it from me, do not dunk your meat into any sauce when you’re trying it for the first time. I smothered this Teriyaki Chicken chunk in the Spicy Kichap sauce and ate it whole.

Boy, I’m still regretting my decision! The spice levels were borderline lethal for me. Although it did pair with the meat rather well, I couldn’t quite handle the spice. My colleague, on the other hand, loved it and dipped every single morsel of meat into the sauce before eating. I also liked the Black Pepper Lamb, which had a distinct earthy and gamey taste. Although the meat was also juicy and chewy, I’d prefer it to be a bit more tender.

The marinade was also quite strong on the black pepper. If you’re not prepared, it might agitate your throat enough to get you coughing. 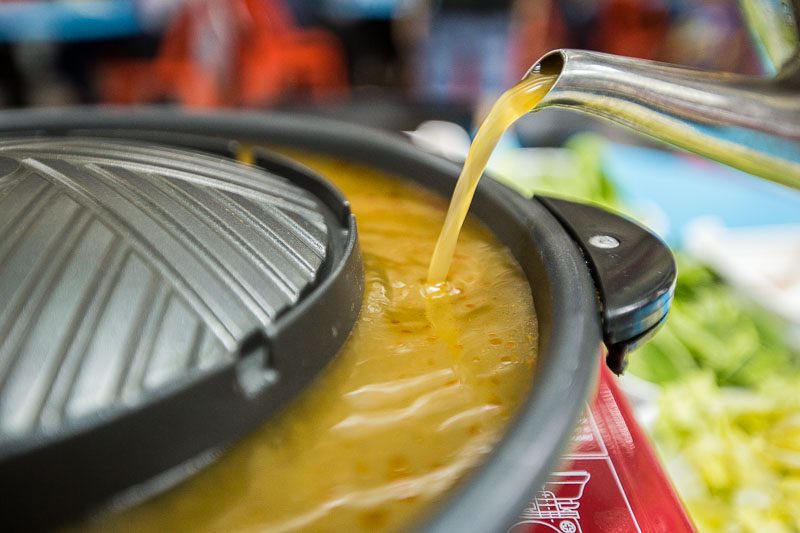 I found the Chicken Broth Soup that we started with a little too salty for my liking. Hence, we decided to switch things up and change it to the Tom Yum Soup that set us back by an additional $5. I’m glad we did though, because the soup added a more spicy and savoury taste to the ingredients in it. 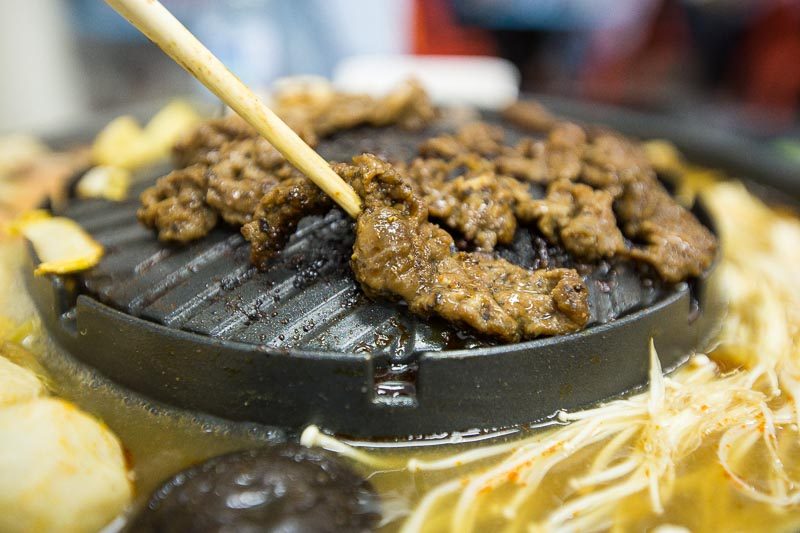 I liked that it was chunky, which helped to retain moisture. I was able to grill it until the exterior became charred and crisp, yet still have the juicy meat on the inside. 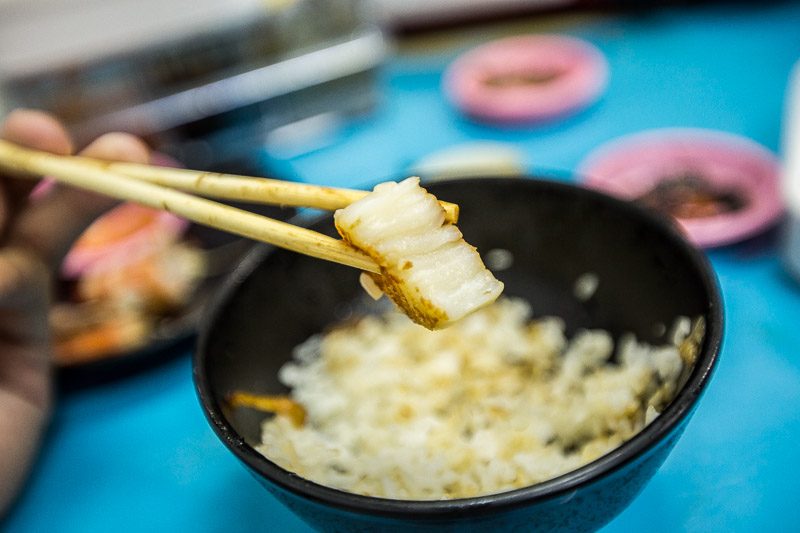 Just look at how thick the scallop was! However, the Scallops aren’t included in the $20 menu. It costs $6.80 for a plate of six pieces. But I say it’s well worth the money, because the scallops were of decent size and were really chewy and fresh.

I found them mildly sweet and good enough to eat on their own, but my colleague said it’s best eaten with the Spicy Kichap sauce. After stuffing myself silly trying all the ingredients, my favourite was undoubtedly the Turkey Bacon strips. The slices were thin but still with a good amount of fat on them.

I recommend letting the strips cook until they’re crisp and charred. The fatty flavour became more pronounced, and complemented the tasty meat.

These ingredients are the ones that really stood out, but you should head down to try the rest for yourself. Chickata serves up well-marinated meat, and I highly recommend the black pepper marinade.

The buffet also includes free-flow drinks with choices ranging from Lime Juice to Bandung. For just $18.80, I’d say it’s a real steal! So Westies, if you have that mookata craving, you know where to go. Sip On Free-Flow Champagne At This Sky High Brunch At MBS...