We thought that the wacky ice-cream flavour trend has come and gone but with Chee Cheong Fun ice-cream, but with Chilli Crab Gelato making a comeback, I guess it’s here to stay.

Now, it seems like anything is possible when it comes to ice-cream flavours! This time, we tried St. Marc Café’s Chilli Crab Gelato. How did this savoury and spicy local favourite fare as a dessert? Well, here’s the scoop for you (no pun intended). 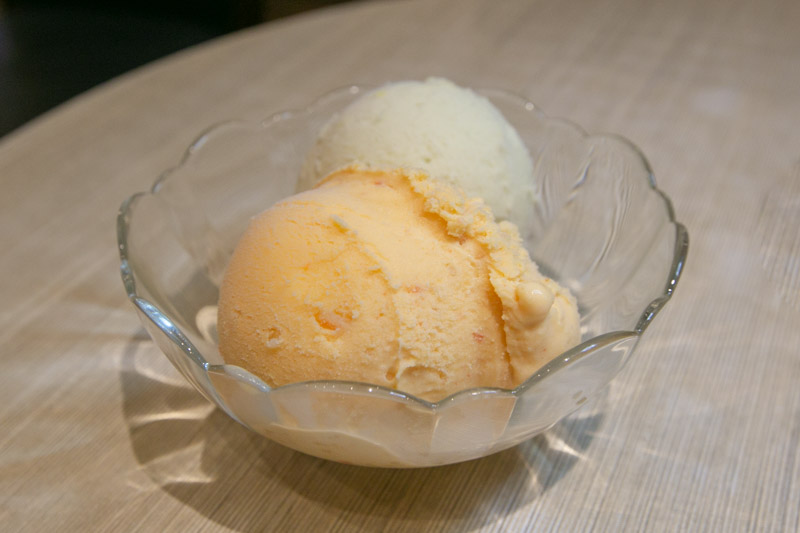 Apprehension aside, I was rather excited to taste the dessert rendition of one of my favourite seafood dishes. The light peach hue of the scoop vaguely resembled the thick gravy of a chilli crab dish. There was an instant explosion of chilli crab flavour as we took our first spoonful. Interestingly enough, there were even bits of crabmeat incorporated into the gelato. 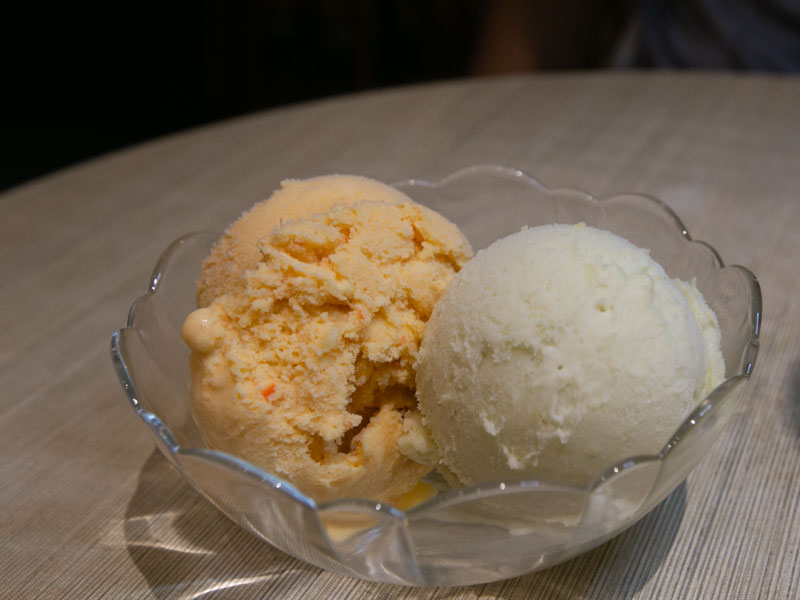 The gelato was more savoury than sweet, with a prominent briny seafood flavour. Of course, the Chilli Crab Gelato would be incomplete without chilli itself. Despite the obvious red chilli flakes we noticed in the dessert, it was only mildly spicy.

After all, an extremely spicy gelato wouldn’t be the most delectable flavour. I won’t deny that while it was a fun flavour, it wouldn’t be my go-to as it got a little jelak to finish after a few mouthfuls. 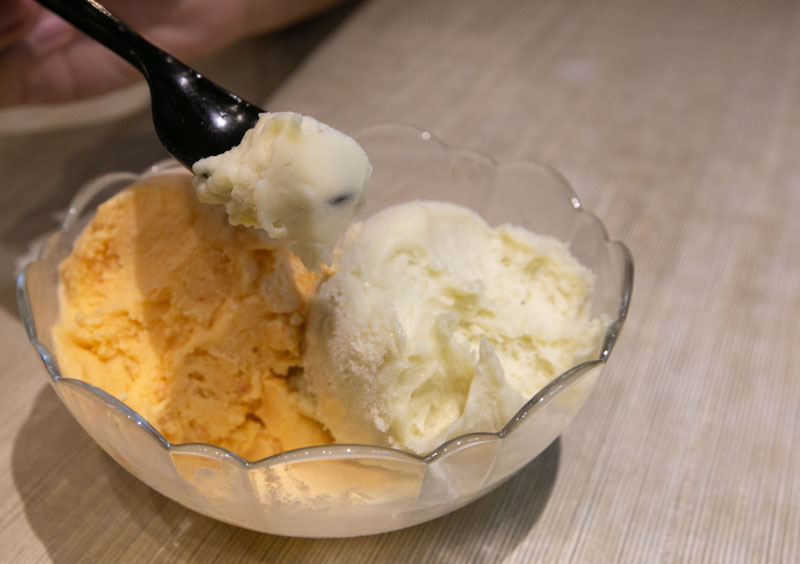 While we were there, we couldn’t resist ordering a scoop of their Durian Gelato as well. Durian fans are bound to love this dessert. It tasted so much like the real deal! I felt like I was taking a bite of the creamy king of fruits.

There were also bits of durian flesh incorporated within the ice-cream. While durian desserts rarely go wrong because of the fruit’s unmistakable smell and taste, the Durian Gelato at St. Marc’s really stood out for me because of its uncanny resemblance to the real fruit.

If you’re naturally more of a conservative like myself who always goes for the classic vanilla bean flavour at ice cream parlours, maybe it’s time to spice things up (literally) with this Chilli Crab Gelato.

Ice cream has always been a no-fail comfort food, so if you’ve had a busy week, be sure to try something exciting.

Psst, we heard that while their Durian Gelato is here to stay, the equally exciting Chilli Crab Gelato may only be available till the end of the month!

Previous articlePlay Monopoly & Sip On Free-Flow Champagne At The Ritz-Carlton On 17 Mar
Next articleWild Blooms: Instagrammable 3D Flower Tea Jelly At This Pretty Cafe In Hougang