Oops, I mean it is an European pastry cone that comes with a swirl of ice cream on top, together with your desired toppings. 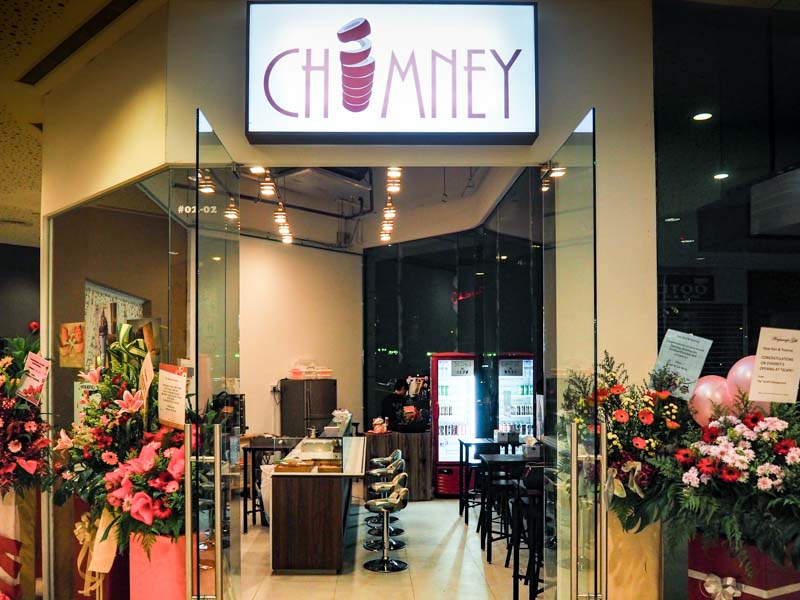 For Sweet, there is either cinnamon sugar, peanut or oreo as the cone coating, followed by an additional choice of nutella, peanut butter or cream cheese at an extra $1.

For Savoury, you may have it topped with chicken ham, turkey bacon or salted egg. 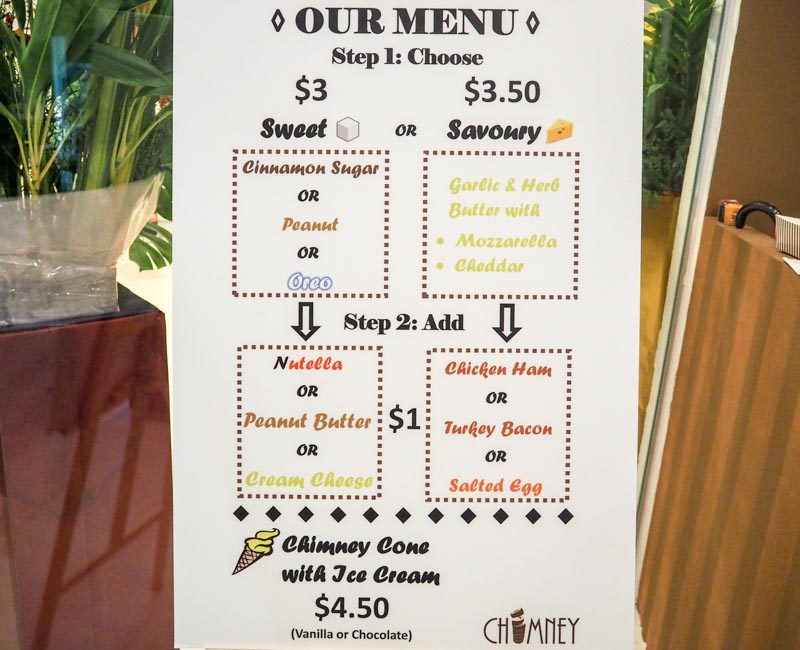 I gave praises to the owners upon learning the amount of effort that goes into opening and operating Chimney. 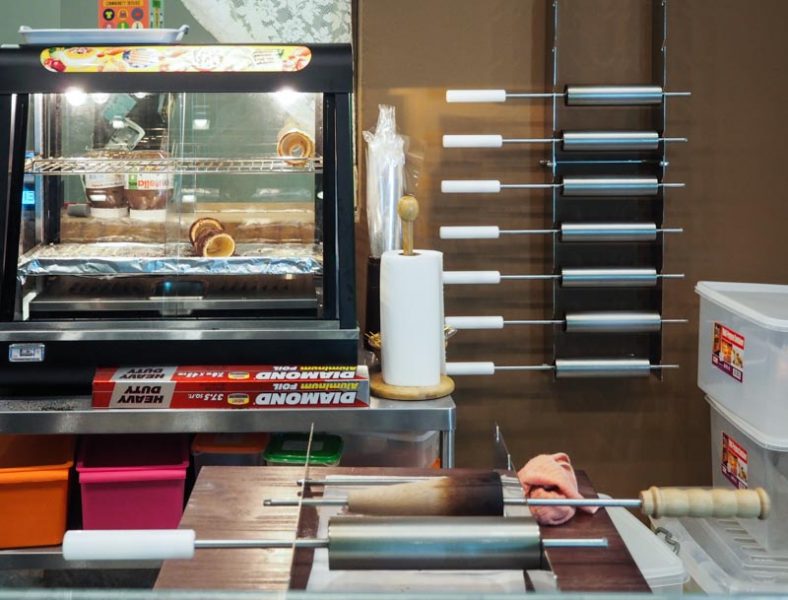 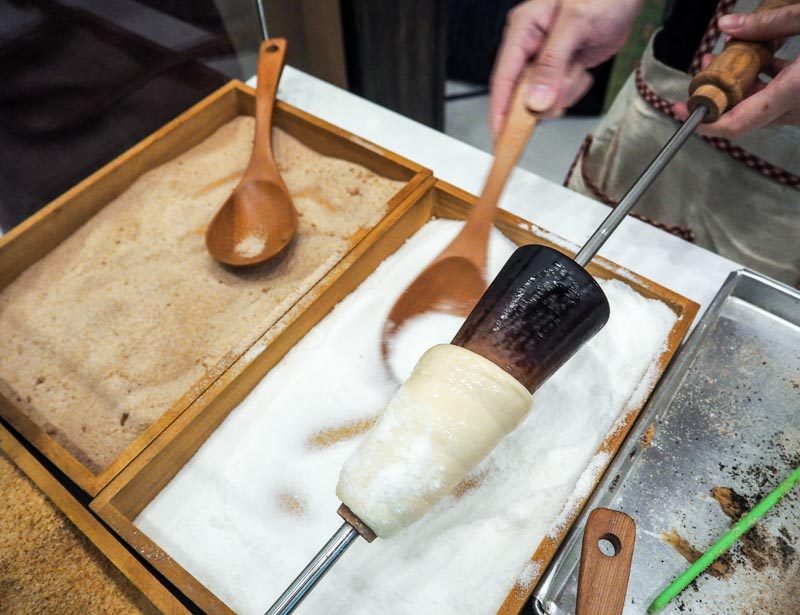 Upon ordering, one long strip of dough is rolled around a cylindrical tool, and brushed with oil and sugar. This is so that after the cone is being baked, and the sugar gets caramelised and the exterior becomes crunchy. 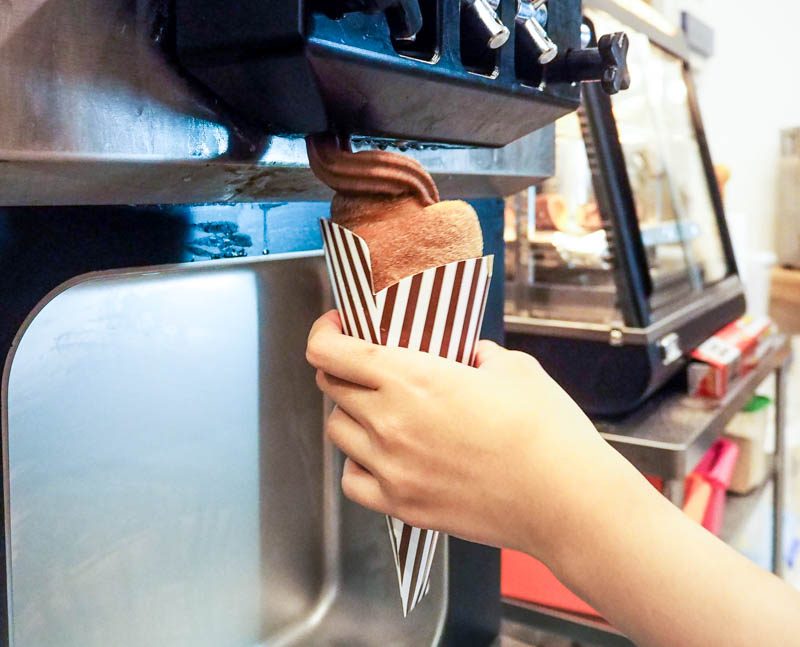 Following which, we opt to have it filled to the brim with chocolate and vanilla ice cream swirls. 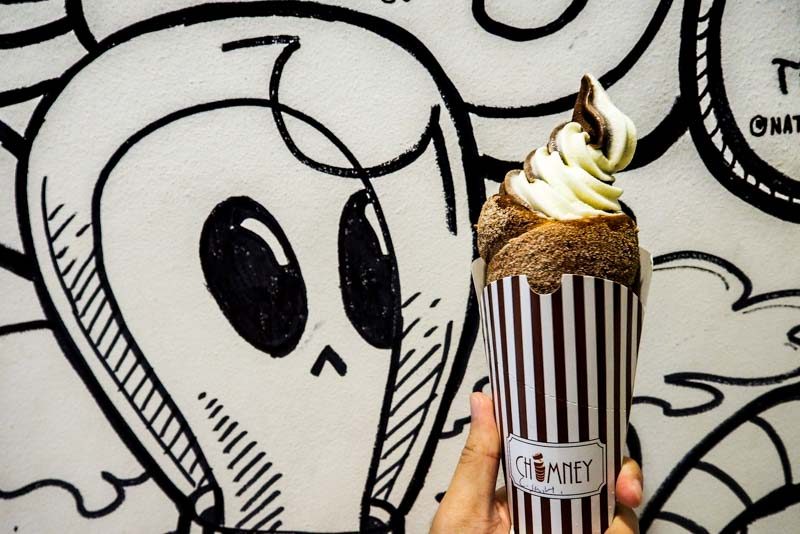 The ice cream is not the usual smooth kind, but have the little icy bits when you bite into it. The owners explain that it is because of the nature of the hollow cone that they have to create ice cream that doesn’t melt fast. Nonetheless, snap your photos quickly and eat fast as the ice cream still melts rather quickly.

At the same time, they also told us that they are seeking ways to improve on the texture of the ice cream and the cones.

As for the savoury cones, we tried both the Turkey Bacon and Salted Egg version. 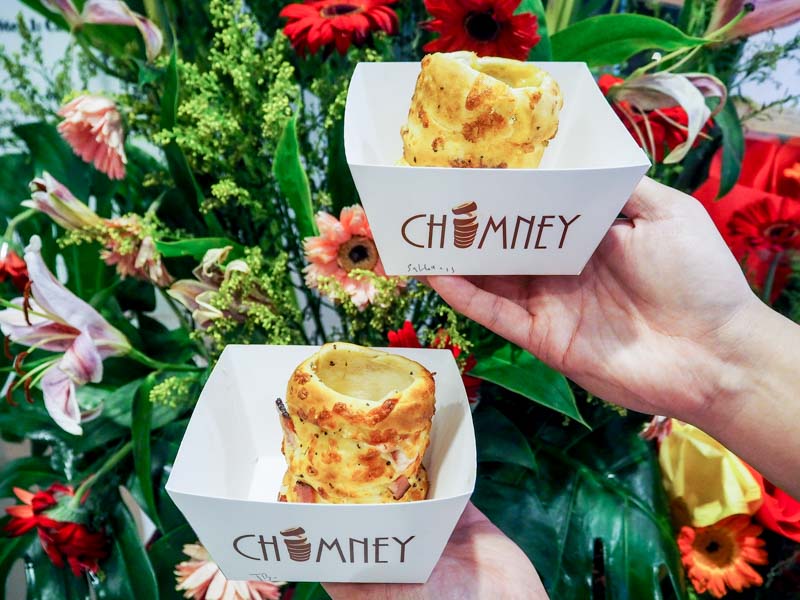 It is an amazing concept as we wouldn’t find something like this anywhere in Singapore. We love the Salted Egg Chimney Cone much more as the taste of the salted egg is strong and you could actually taste it in between the layers of the cone as well. Chimney has a lot of potential to grown, it is understandable that they have just started and some things still need tweaking to be better. Still, the cones are worth trying as they are something different from what we usually have. What are you waiting for!

I made a return trip again as of 6 Dec 2016. I find the cones now crispier, thinner and easier to pull apart than previously. 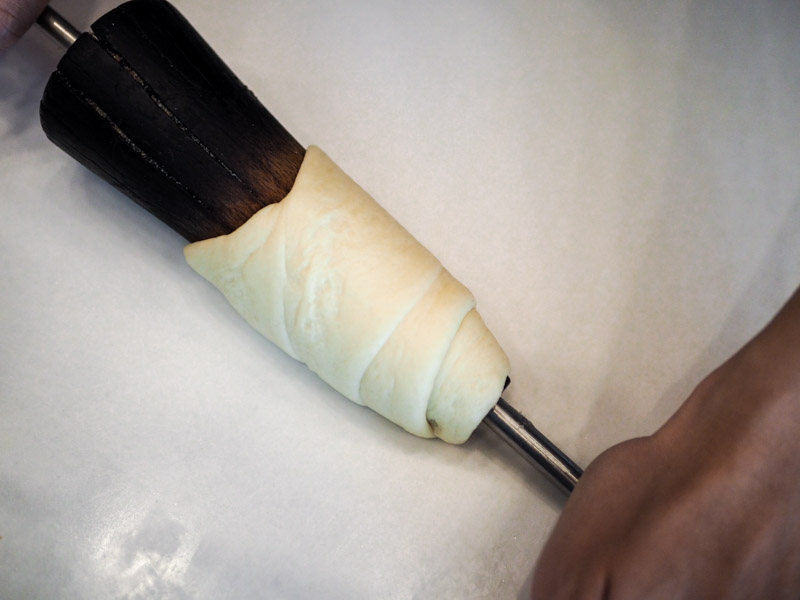 That is because they are rolling the dough round the tool differently. Instead of having several turns round it, they twirl the dough three times around the tool and roll it to make it flatter.

Currently for the month of december, Chimney has a special Chritsmas promotion. The Santa Cone and Rudolph Cone are sold at $6.90 each and $12 for two, perfect for this coming season! The Rudolph Cone is a savoury snack consisting of layers of varying ingredients! 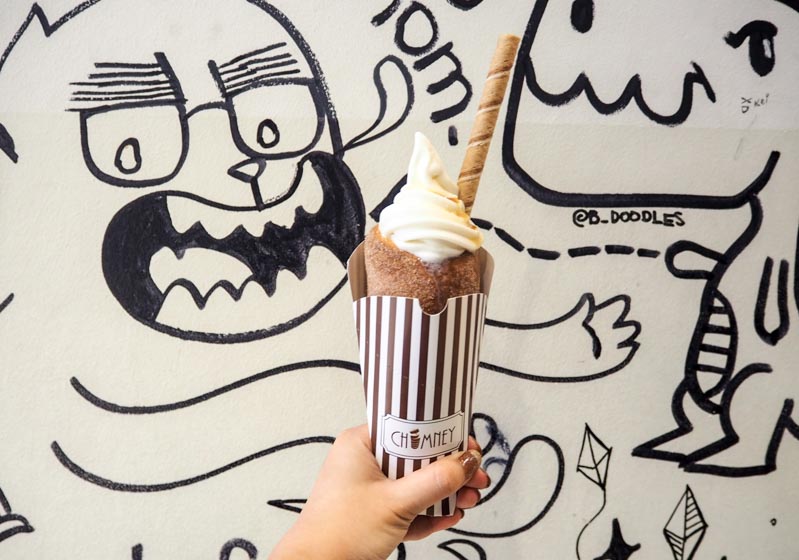 The Santa Cone will make all Santa Claus jealous too.

From the bottom up, it is filled with santa’s surprise (from the taste of it, it could be ferrero rocher, snickers etc), crushed cookie bits, mini chocolate soft serve, chocolate- and hazelnut-coated waffle pieces, salted caramel ice cream with gula melaka syrup and lastly topped with a waffle cone. Sounds sinful?It is crunchy, chocolate-y, sweet and you won’t to share this!

Available for the month of December, grab these before it’s too late! Will Pink Pineapples Be The First Unusual Fruit Of 2017?