It’s been exactly 43 days since Don Don Donki launched its latest (then) outlet at Northpoint City, which paid homage to the nearby Mandai Wildlife Reserves with its safari theme. To the surprise of many, Don Don Donki is back again with a new outlet, trading the previous jungle theme with the neon lights of an arcade at Jurong Point, which officially opened on 17 Nov 2022. This latest outlet will be its 14th in Singapore. Apart from the change in theme, it will also launch Sen Sen Sushi, which is a new made-to-order sushi corner where customers can mix and match from a vast menu of classic sushi selections. The first thing that caught my eye was how spacious the new outlet is! Don’t get me wrong— there was a healthy crowd, but unlike the previous outlets where you seem to bump into either someone or a row of snacks after every five steps, I walked freely from aisle to aisle. Definitely a first in my Don Don Donki experience. However, I felt that their effort for the arcade theme was somewhat lacklustre as compared to the previous Northpoint City outlet’s decor, which was safari-themed. There were a few neon signs, but that was about it. I even noticed leaf props that were probably reused from the previous theme. There were a couple of claw machines but that’s a stretch from an arcade. Everything you expected from a typical Don Don Donki outlet was present— from the ready-to-eat Japanese meal to the mind-numbing jingle.

The last two items were swept clean when I came. 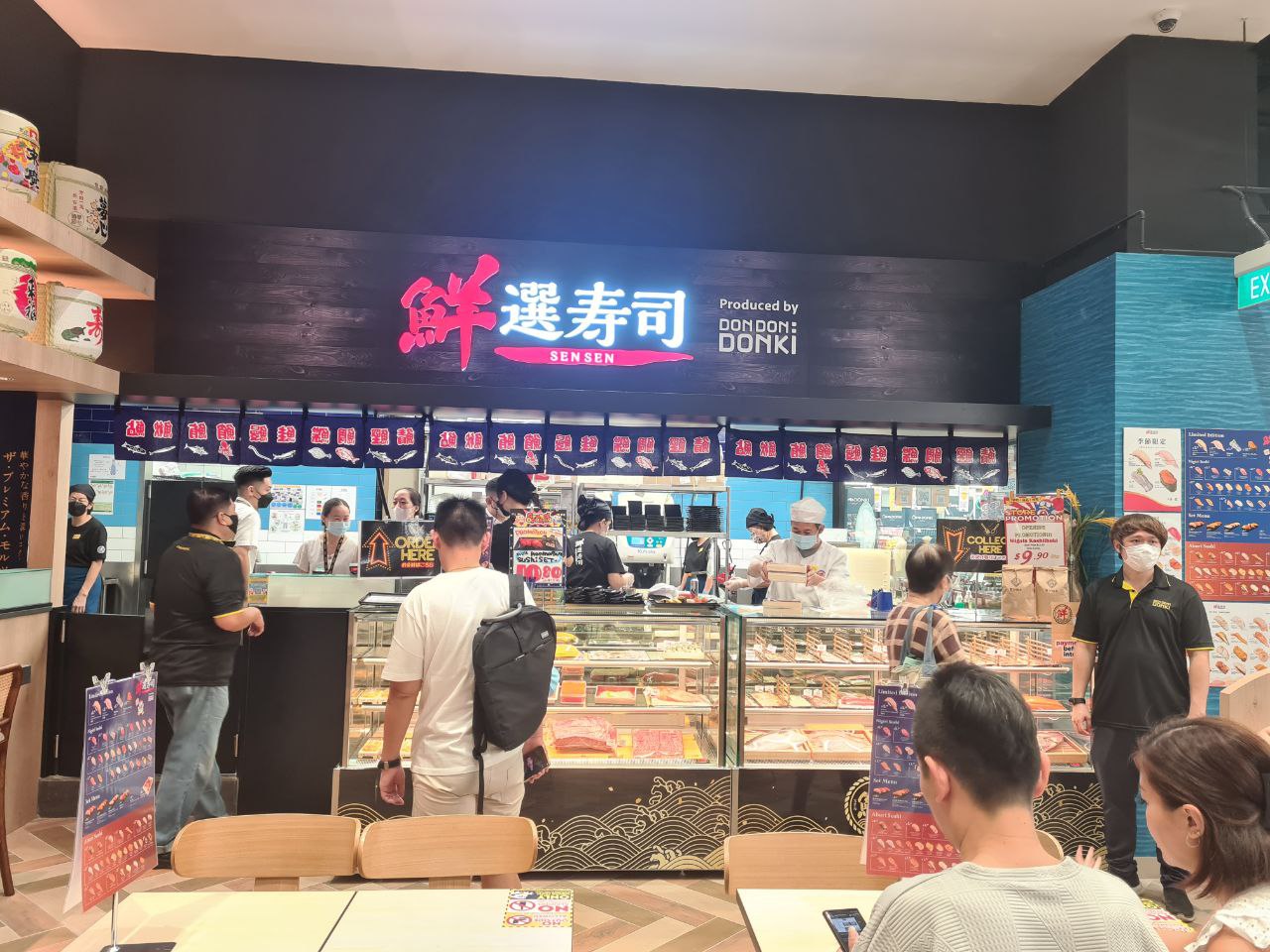 Really, the reason why you should give the Jurong Point outlet a visit is the new made-to-order Sen Sen Sushi. Think of it like your typical sushi joint, except for less wastage and with its price points being definitely more affordable. It’s as simple as picking the sushi and the amount you want from their ordering sheet. Each piece of sushi was presented professionally and tasted really fresh; you can literally see your order being made from the see-through glass panels. I also appreciated how there were numerous seats like a sushi food court. If you’re in a rush, you can also order fresh sushi-to-go.

Here’s hoping Don Don Donki will expand to freshly made Japanese meals in the future!