Epiphyte Cafe: This Garden Cafe is A Feast For The Eyes But, What About The Palate? 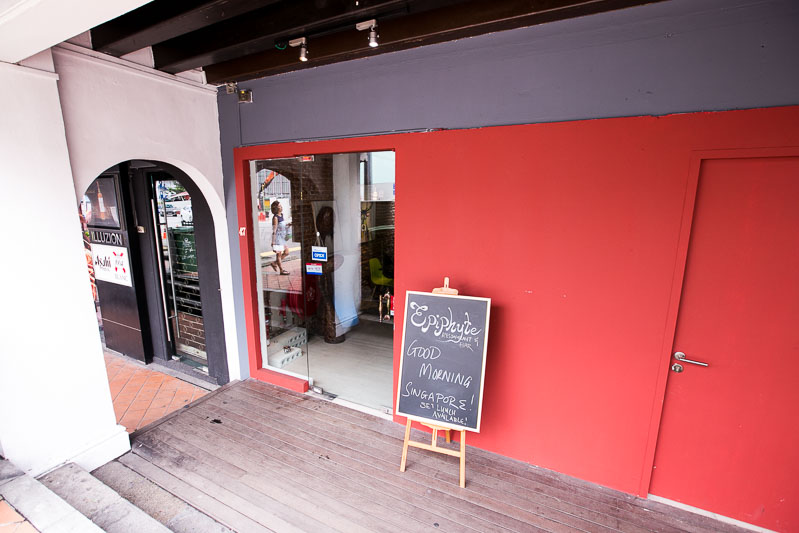 Epiphyte the restaurant, and not the group of plants, is the new kid on the block along Neil Road. Sunlight streams in from the airwell that’s been preserved from the original structure, while plants and terrariums adorn the walls and tables. 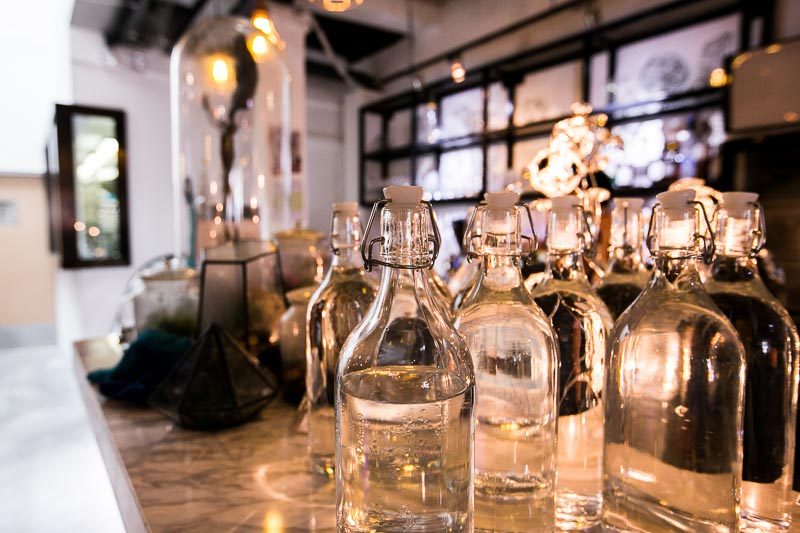 Usually one to scoff at the ridiculous amount of money people spend on rainbow coloured food and the likes but the meal we had at Epiphyte left us pleasantly surprised and while I wouldn’t go as far as to say I’m a convert that’ll be queuing for newfangled dishes in my free time. 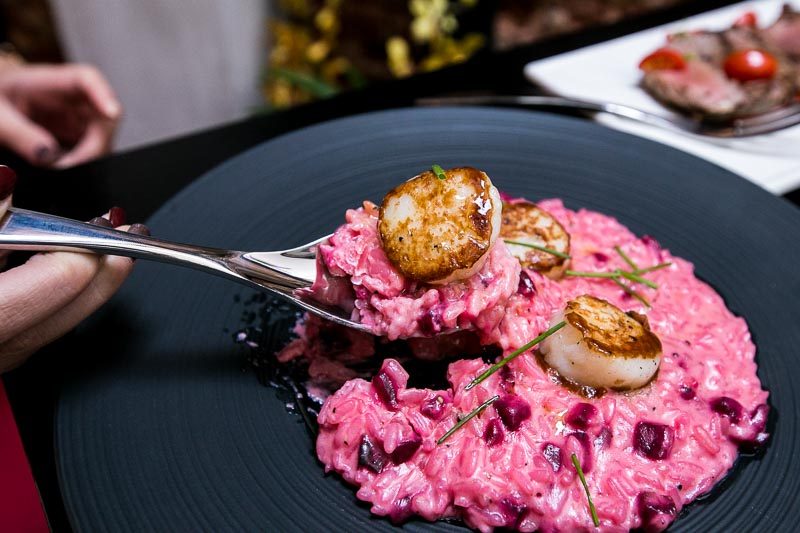 Laying eyes on the pink risotto ($22), we were ready to be disappointed. However, it had a slight smokiness to it, complemented by an earthy undertone, best described as bak kwa-esque (our refined palates at their finest).

It wasn’t the train wreck we expected it to be, and I was particularly pleased to know that the pink colouring comes from the cubes of beetroot mixed into the risotto. While it didn’t blow us away, we have no complaints about the plump scallops and the rest of the dish. Accompanied by peppery rocket and kimchi mash, which is a mildly spicy and pickled variant of creamy mashed potatoes, it falls short of being more than a piece of meat with two sides. 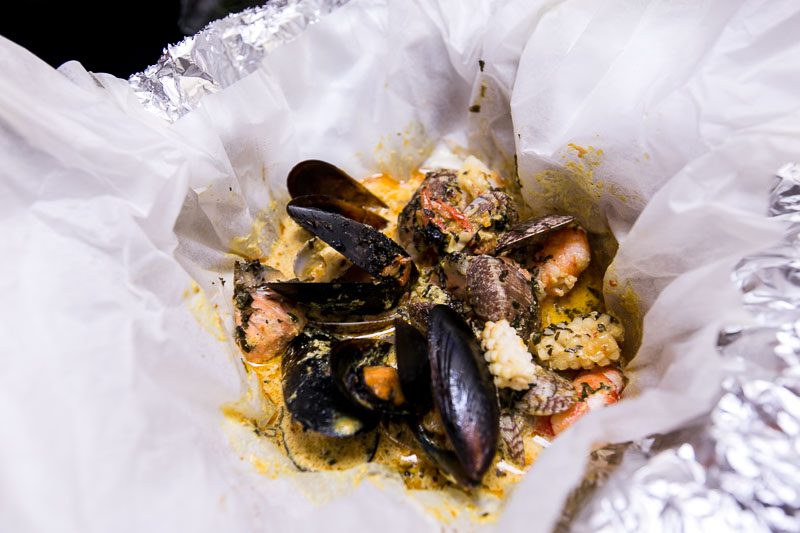 Our favourite among the mains we tried had to be the seafood cartoccio ($28). A very mild laksa broth chocked full of shellfish and chunks of fish. The broth as Epiphyte’s chef explained, was made milder so as to not undermine the natural oceanic essence from the seafood.

The creamy broth that coats every mussel, prawn, clam and piece of fish shouldn’t be wasted, and Epiphyte provides slices of bread baked in-house to soak it all up.

Dessert That’s Out Of This World Or Down To Earth? 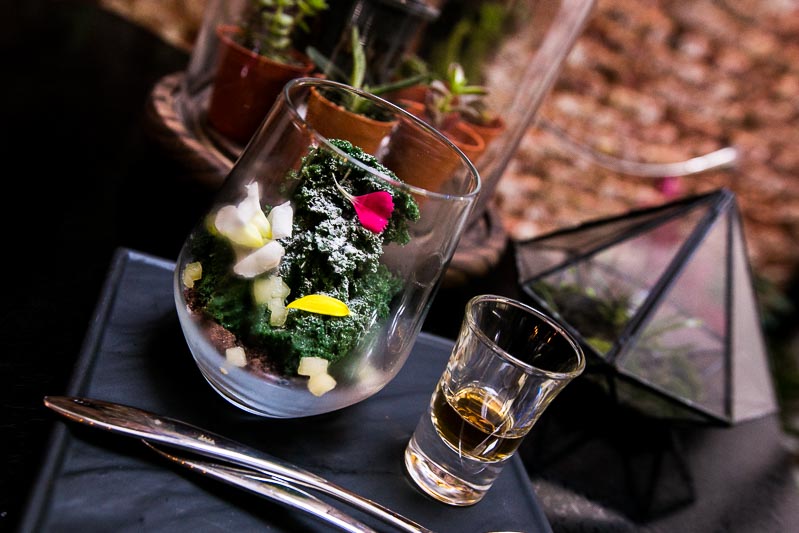 Taking over our Instagram feed by storm are their beautiful contemporary desserts like the terrarium ($12 + $3 for a shot of rum). We had a taster of it and decided for ourselves if it was as pleasing to the palate as they are to the eyes.

Dousing this mini edible faux piece of nature with a shot of rum is highly recommended, by them and us. Imagine a world where moss laden rocks and dirt tasted like this, hiking and trekking would be more enjoyable than it already is. Green moss-like sponge cake, chocolate dirt, mint custard and apple compote gives the dish layers of sweet and tart flavours, while keeping it exciting on the texture side, both soft and crunchy all at once. Coarse sea salt are sprinkled sparingly, contrasting the sweetness of the terranium. Twilight ($12) on the other hand, wasn’t a horror show (I mean she’s really a necrophile) like the movie. Instead, it’s an enchanting and elusive visual treat. The ethereal glaze is alluring to stare at, while the Cointreau curd and chocolate mousse isn’t anything out of this world (haha, geddit) but still a delectable one to have.

Epiphyte isn’t just another cafe riding on the passe glory of all, selling colourful nonsensical food that are not-so-pretty to look at and nothing even near that to have. It tries to set itself apart with twists on familiar dishes. Its desserts are onto the food trends that capture the attention of the masses, if only for just a few seconds.

Epiphyte lies in a neighbourhood where it’s hard to stand out from the rest, even with all their colours. While it’s worth a try, there are definitely similar or even better joints out there with a lower price point.