They say mermaids are mythical creatures, but given that my favourite Disney movie of all time is The Little Mermaid, I’d like to believe that they really do exist. Now, there’s a place where my imagination can play out before me while I dine in style. 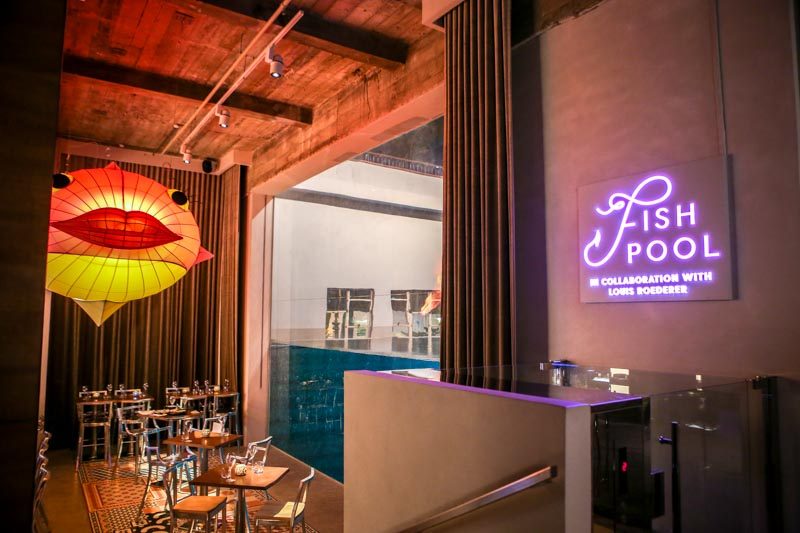 Fish Pool at NCO Club is a really jazzy raw bar with a menu that’s so concise, you won’t have to worry about being unable to decide what you want. It looks out to the venue’s Olympic-depth pool that’s reserved for mermaid performances during special event bookings. Diners can opt to sit indoors or outdoors; either way, both seating options evoke an overwhelming sense of relaxation and sets you up for the mood to truly unwind. When you’re here, there’s no escaping a glass (or an entire bottle, if you’re feeling très fancy!) of champagne, so my dining partner and I each had a glass of Roederer Brut Premier (S$28 per glass) to kick off the evening. It made sense to, given you’ll be in for a session of some of the finest flavours of the sea.

The bubbly was smooth and had a punchy fruity note on the finish, but once we started pairing the glass with the food to come, it proved to mellow out and was actually a great complement to the raw seafood. 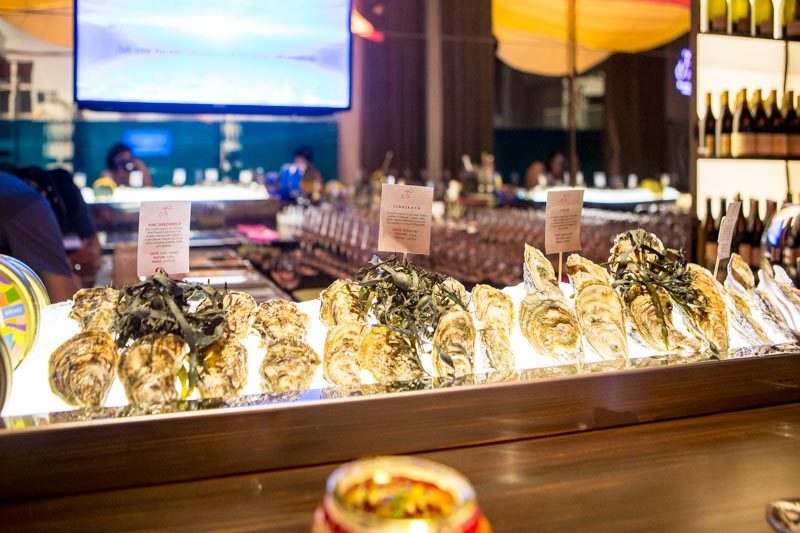 With all their oysters imported from France, you’ll get to enjoy some of the best crustaceans in town.

The more notable ones that are usually included in the Chef’s Selection, are on full display at the bar, complete with short write-ups on the origin and tasting notes. We got ourselves the Oyster Platter, Chef’s Selection (six pieces) (S$44), that came with six large, succulent oysters placed delicately upon a bed of ice. It came with a dropper filled with Tabasco sauce, a lemon wedge and some finely chopped pickled tomatoes. Given its daintiness, we felt compelled to not only take our time with the platter, but also handle the oysters with grace lest we spilled any of its contents. The meat itself was sizeable; it could easily fill the entire centre of my palm.

We tried the osyters with different condiment combinations, and with all of them, we could still taste the potent briny essence of the meat. It was not only refreshing, but also a tad salty and savoury, which to me, is one of the best ways to savour oysters. 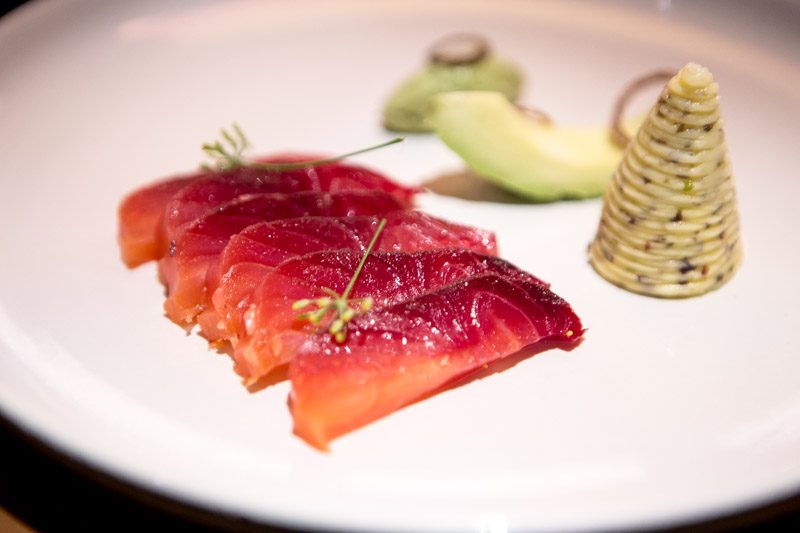 Fish Pool also serves two options of Kinglas fillet (the centre cut, taken from the crown of a classic smoked salmon, from Scotland), and we went with the Beetroot Kinglas Fillet (S$46). It’s served with avocado espuma, basil blinis and French butter.

I was instantly taken in by the marvellous shade of bright red that tainted the salmon flesh; I wondered how strong the beetroot would taste on it. At first, we weren’t exactly sure how best to enjoy this dish, but we took it upon ourselves to go by trial-and-error and ended up slicing the salmon into smaller pieces so that we could enjoy it with a tiny spread of French butter atop the blinis. 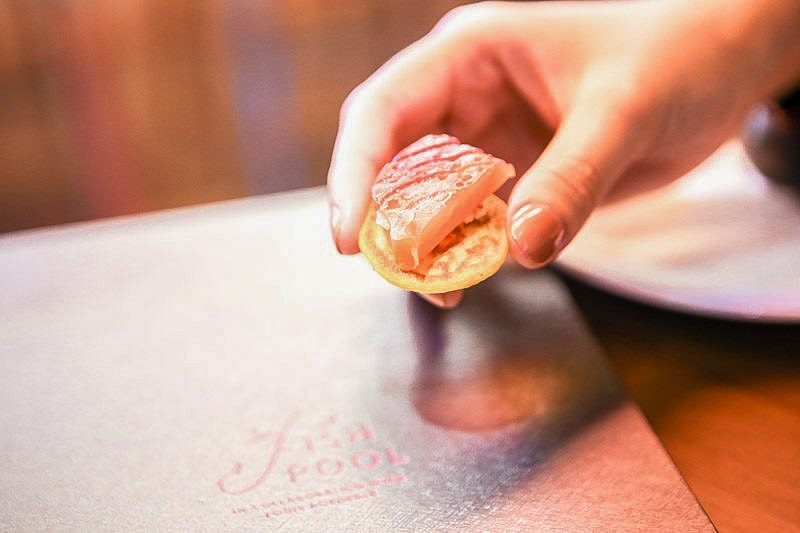 In this one-bite portion, the creaminess of the butter accentuated the fatty salmon, resulting in a very luxurious mouthfeel. It was a little overwhelming at one point, but the crisp effervescence of the champagne truly helped to alleviate the heaviness. We thought all our food had already arrived, but the staff were generous enough to give us a complimentary bowl of salted egg fish skins (maybe because they saw how hungry we still were!).

To be honest, it does seem out of place for such a refined establishment, but given we were already enjoying a bit of bubbly, the saltiness from the crispy skins really enhanced the sweetness of its fruity notes.

Fish Pool in itself may not be the best spot for huge dinner gatherings or when you’re really famished, but it is a nice alternative for intimate conversation and small bites. Despite it’s very niche offerings, I can say that if you want a small taste of the atas life, you’ll get to experience it here.

The ambience is warm and inviting, and with tables spaced out far enough to allow for plenty of personal space, it’s easy to fall in love at, and with this raw bar.