It seems like there’s no stopping Chef Teppei Yamashita as he recently launched his first udon speciality eatery, Fu-Men, at the basement of the Hong Leong Building (he also just opened his first ramen stall earlier this year).

This isn’t just another udon restaurant though – it’s also in the midst of being halal-certified (yay to inclusivity!). So while that’s pending, just take note that you won’t find any pork on the menu. 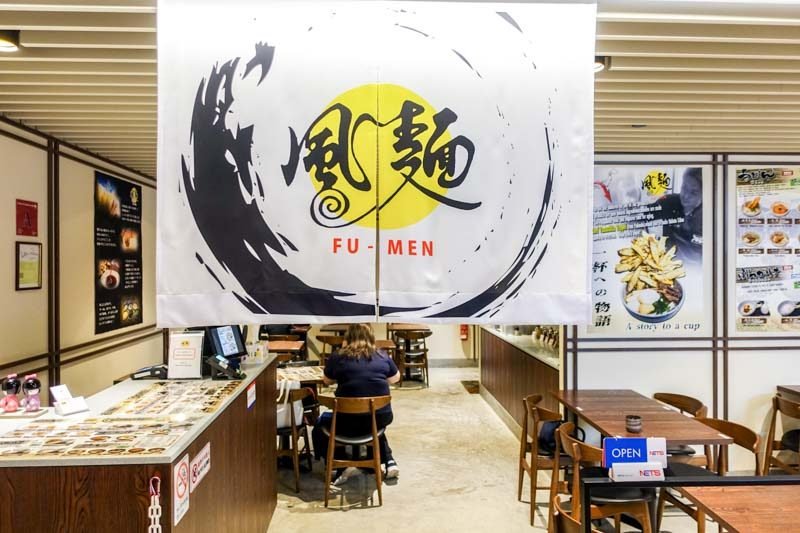 Fu-Men specialises in Hakata-style udon that hails from Fukuoka and is distinguished by its use of thick and slightly chewy noodles. It’s a little hard to locate, as it’s right in the corner of the basement that’s filled with other eateries, but you’ll find it soon enough! 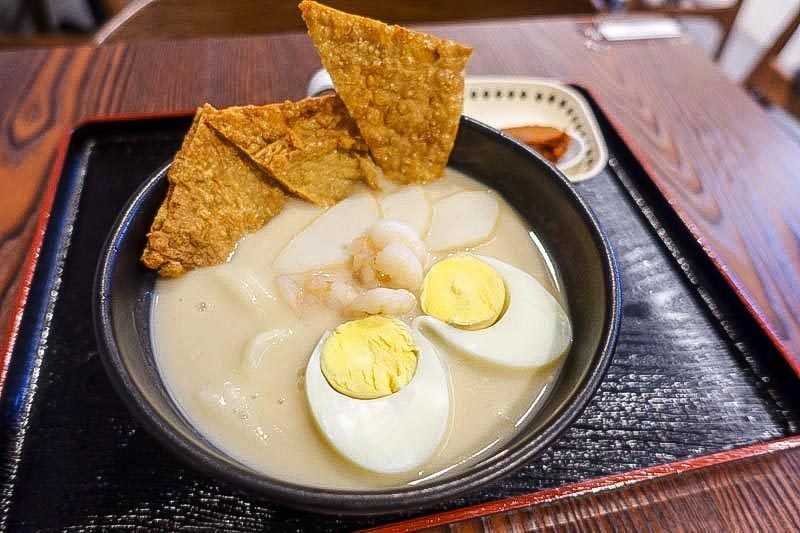 After skimming through the menu, I decided on three eye-catching dishes, with the first being the White Laksa ($7 for half, $12 for regular).

I have never tried a Japanese interpretation of laksa, so I was looking forward to tasting how this familiar local flavour would go with a different noodle type. 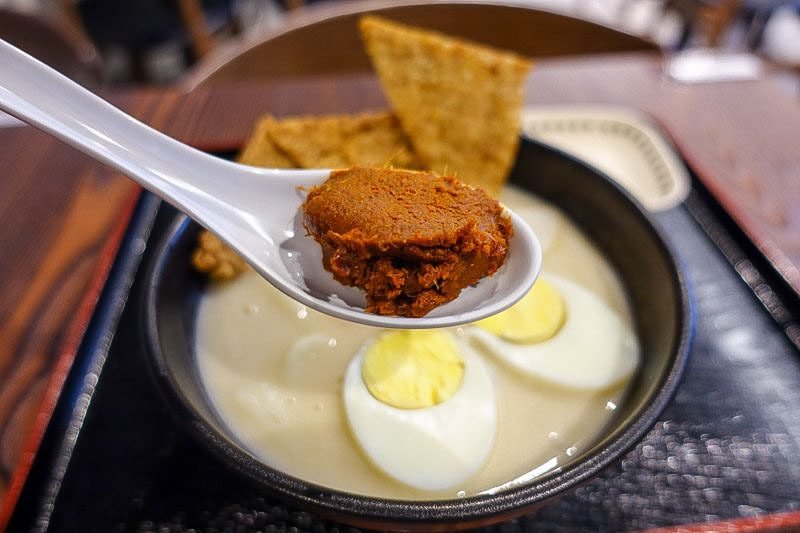 It comes with a generous spoonful of laksa paste so you can decide how gao you want the flavour of your laksa to be. I opted for a third of the spoon. 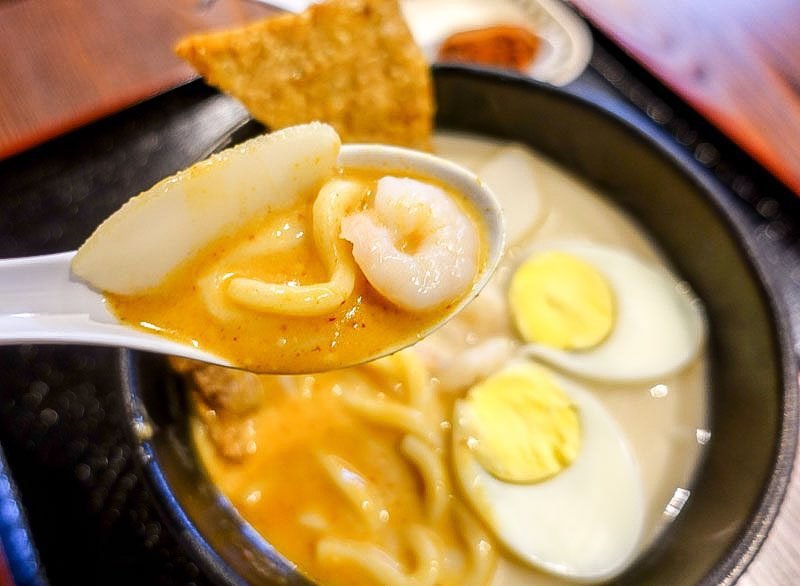 The flavour was pretty spot-on, however, the texture of the gravy proved to be too thick for my liking. After a few spoonfuls, I was already starting to feel sick of it. I reckon the density and chewiness of the udon made it extra filling.

Also, I wish they used fresher ingredients as opposed to the peppering of frozen shrimp found in the bowl. I felt the only reason why I managed to polish off half the bowl was mainly because I added sufficient laksa paste in to make it pretty delicious. 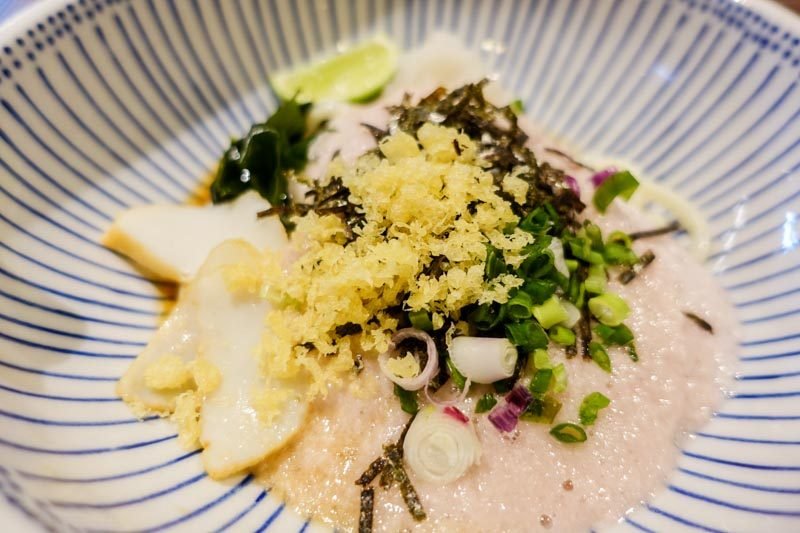 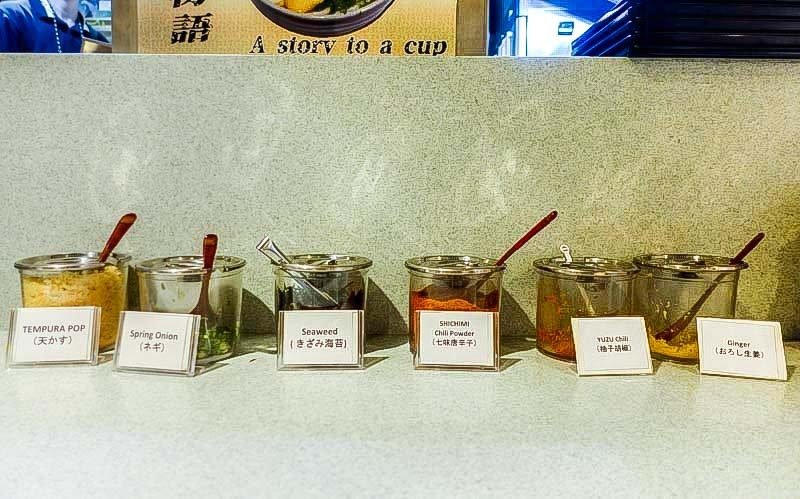 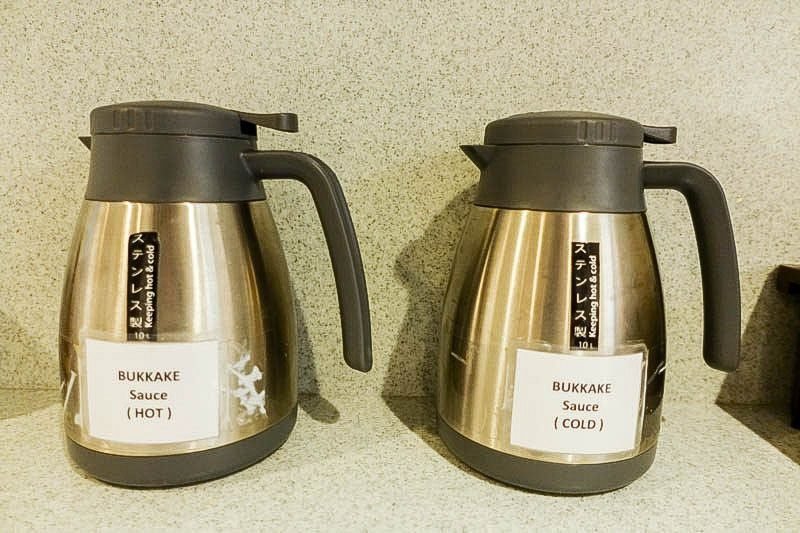 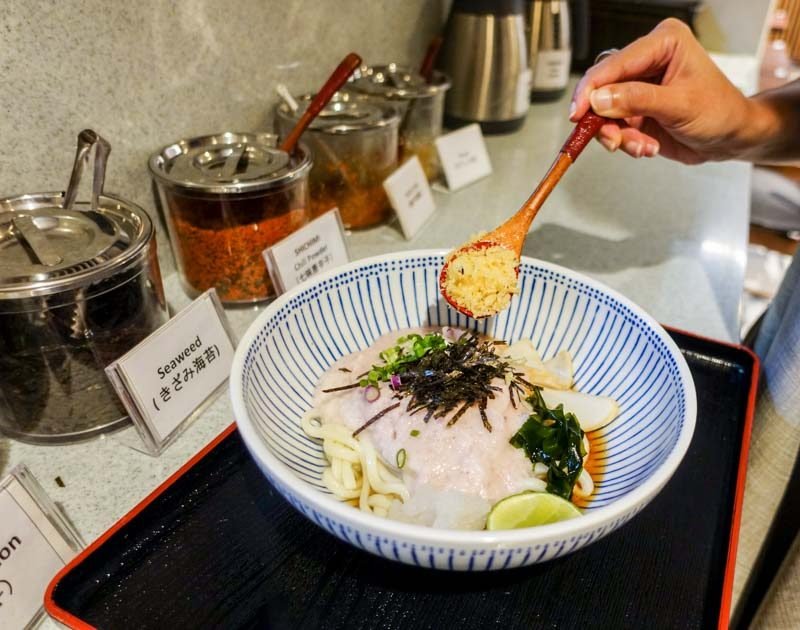 Then I proceeded to add other condiments like seaweed flakes, spring onions, tempura bits and even a dash of yuzu chilli. After giving all the ingredients a good stir, I took my first bite and it actually took me awhile to register if I liked it or not. The texture was gooey before it became chewy, but then the crunch from the tempura kicked in and it became quite enjoyable to consume. 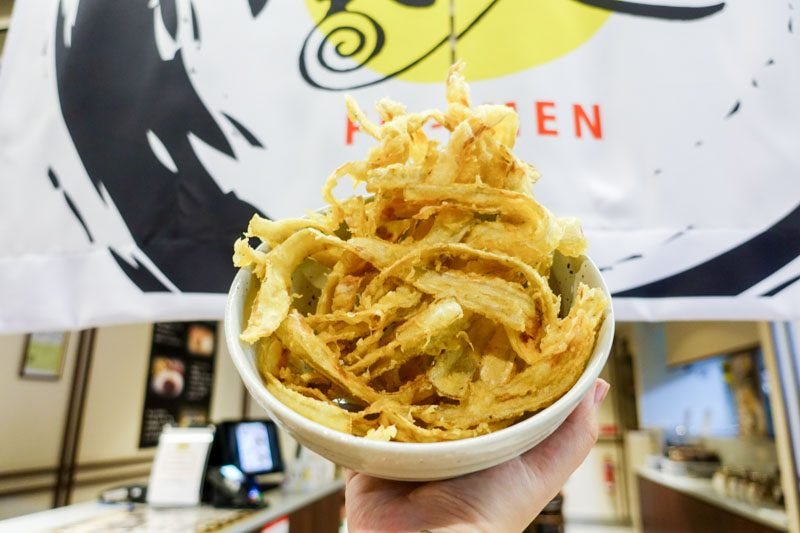 A must-order here is the Goboten ($6). It’s tempura-battered burdock root that comes in a hefty portion, enough for two to share. They do have the Gobo Udon ($7 for half, $12 for regular) as well, but having three bowls of udon was way too much for me to handle.

It comes with a dipping broth that’s made by boiling and simmering four kinds of fish (Chef kept mum about the types of fishes) for several hours. It was intensely savoury and amazingly addictive!

I wish I could’ve stuffed my face in the bowl and gulped it all down. The burdock root itself had a rather woody taste, but was easily toned down with the richness of the dipping broth.