Chinatown, a place that many tourists flock to in Singapore is also home to Jin Ji Braised Duck Rice. On the second floor of Chinatown Complex is where you will find this store that has a history of over 30 years. 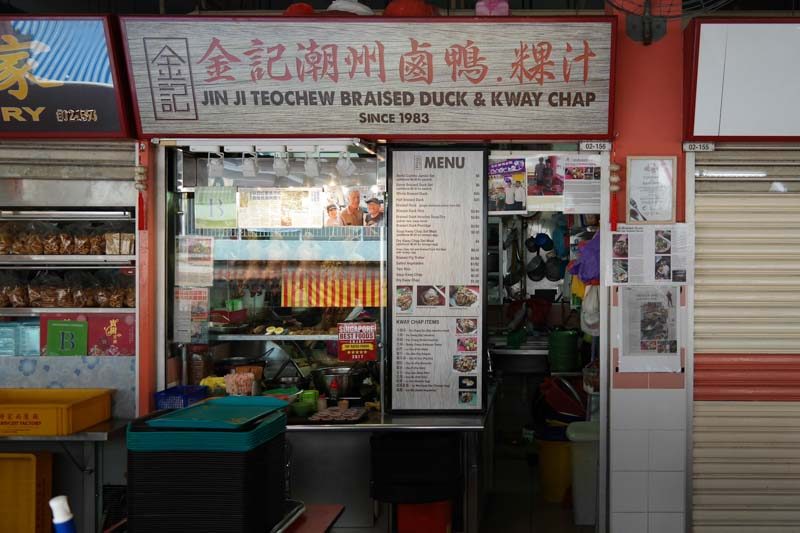 Second-generation hawker, Melvin, decided to give the traditional duck rice a makeover and has come up with the Duck Rice Bento ($8). The one I had came with three yam rice balls, duck meat, taupok, beancurd, pickled vegetables, an egg, pork belly and cucumbers – a huge portion, which I was sure I wasn’t going to be able to finish on my own. 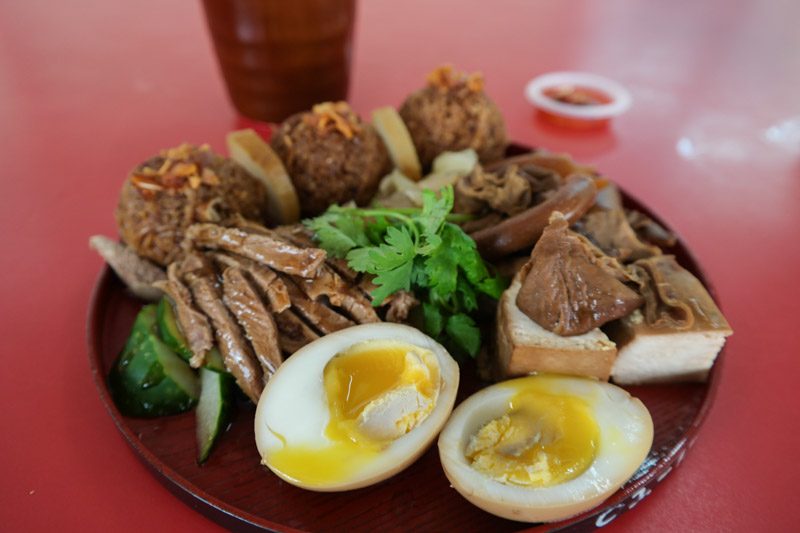 When the bento set was served, my eyes immediately darted to the two golden-esque lava eggs. You’d be hard-pressed to find this level of egg-cookery in other hawker centres so brownie points for effort! 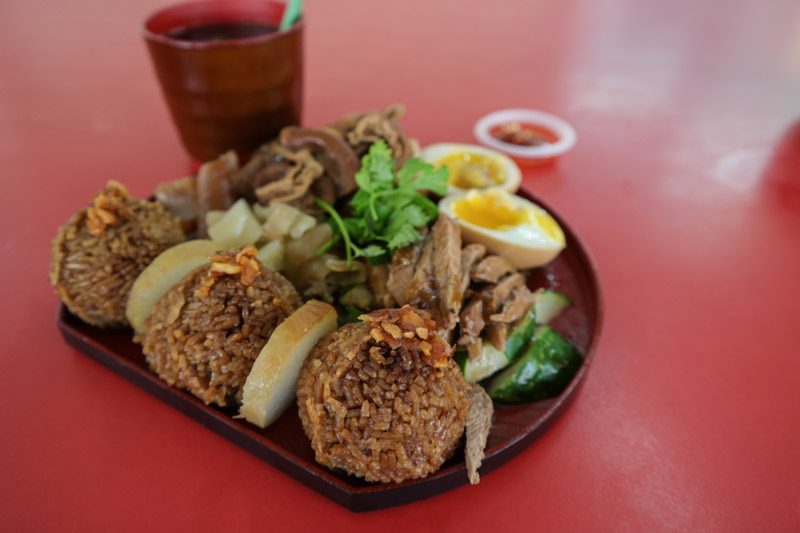 The yam balls also stood out because I’ve only seen chicken rice balls before and was really excited to try them. However, the taste of the yam balls did not match up to the looks of it.

The rice balls were unfortunately dry and lacked flavour, and would have been better with some braised sauce drizzled over.

There was a generous amount of duck given, and the braised sauce drizzled over brought out the duck flavour even more. The duck meat was tender and I was only left wishing that there was more of the braised sauce to go around. 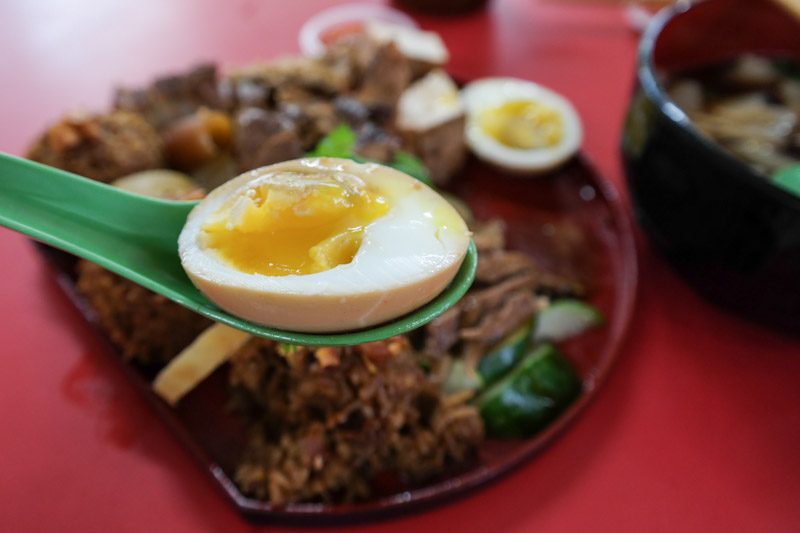 The lava egg, as I expected, was amazing. It was executed perfectly, with the aftertaste of the braised sauce. Drizzle the molten egg yolk over the yam rice before having it with some duck, and you’ll get the perfect bite of duck rice.

How I wish that every duck rice stall in Singapore serves eggs like these! 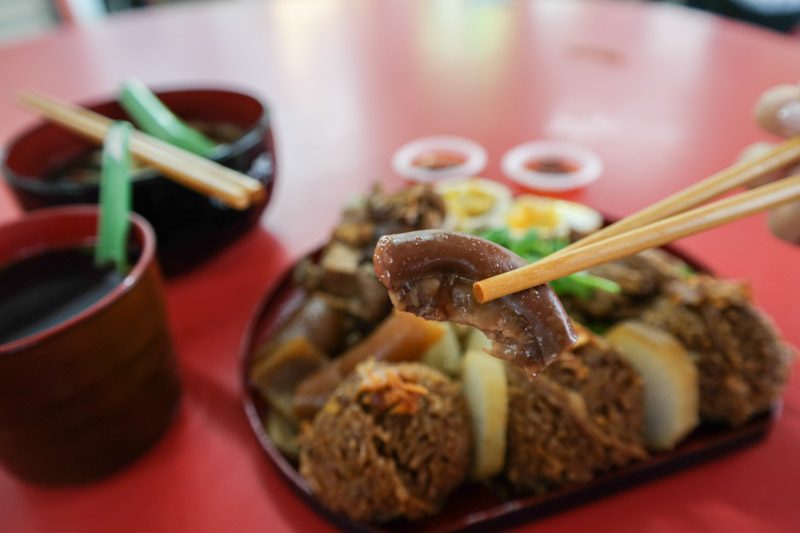 The offal served here were also executed perfectly. The pieces were cleaned thoroughly, so there wasn’t any foul taste. 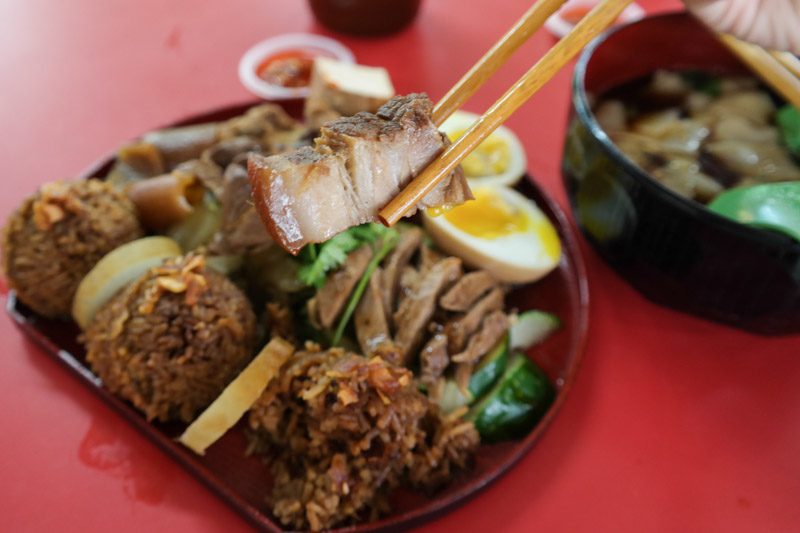 The taupok served was not as spongey as what you would get elsewhere, and was thinner and flatter. It was still fragrant though, as it soaked up the braised sauce well. 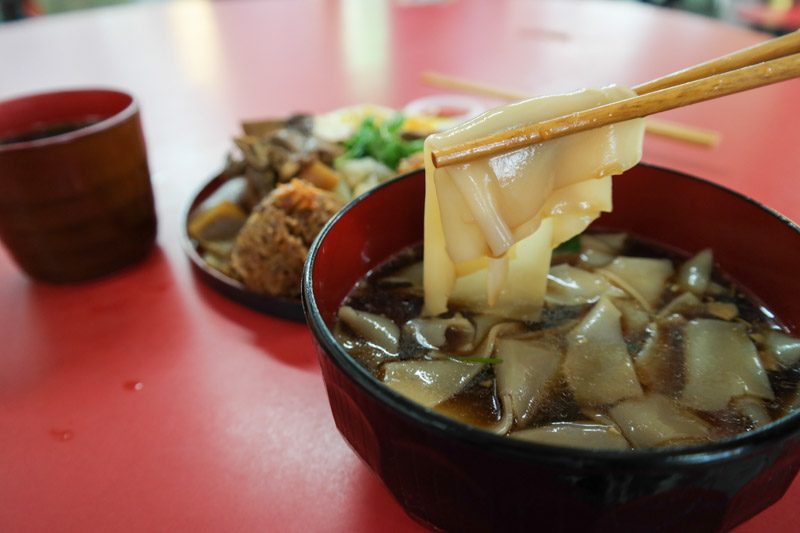 We also ordered a bowl of Kway ($0.50) to pair with the ingredients in the bento set. The Kway was very well-cooked, with smooth thin sheets of flour that paired very well with the soup that had a strong herbal taste.

The generous amounts of fried garlic and parsley also gave the bowl of Kway added depths of flavour.

There were hits and misses in the entire bento set and I felt that it was slightly more of a marketing gimmick to attract the younger generation, because who doesn’t like pretty looking things, right?

Previous articleAmara Sanctuary Resort BFF StayCay Package: Float Your Worries Away With Your Best Pal At This Hotel In Sentosa Till 31 Aug ’17
Next articleBeyond Barcelona: Why You Need A Holiday In Catalonia