He Jia Huan Ban Mian: Comforting Supper Ban Mian At This Noodle Stall With Long Queues That Opens Till 3am At Toa Payoh

Do you ever find yourself craving a bowl of warm and comforting noodles in the wee hours of the morning?

He Jia Huan Ban Mian, which sells a variety of noodles like ban mee and mee hoon kway, opens late till 3am. 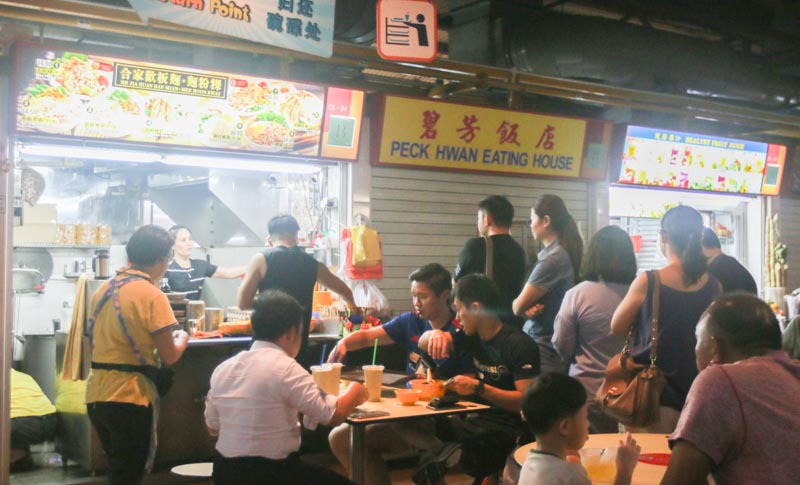 We visited the Toa Payoh outlet during dinner time, and the queue was never-ending.

We asked them what their best-selling dish was, and they said customers often go for their you mian. We got their soup Specialty U-Mee (S$12), though it was a little pricey for coffee shop noodles. 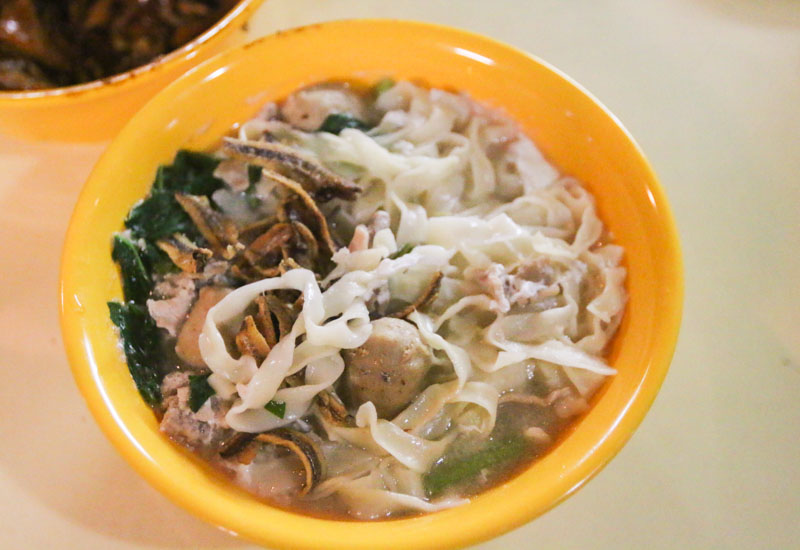 I usually enjoy my ban mee with some spice, as I find the normal soup to be pretty bland.

This bowl of soup combined the salty ikan billis with the gamey meatballs and minced pork, all against the backdrop of the starchy noodles.
I could enjoy the soup on its own, though I would still prefer to add some chilli to my noodles for a spicy kick. 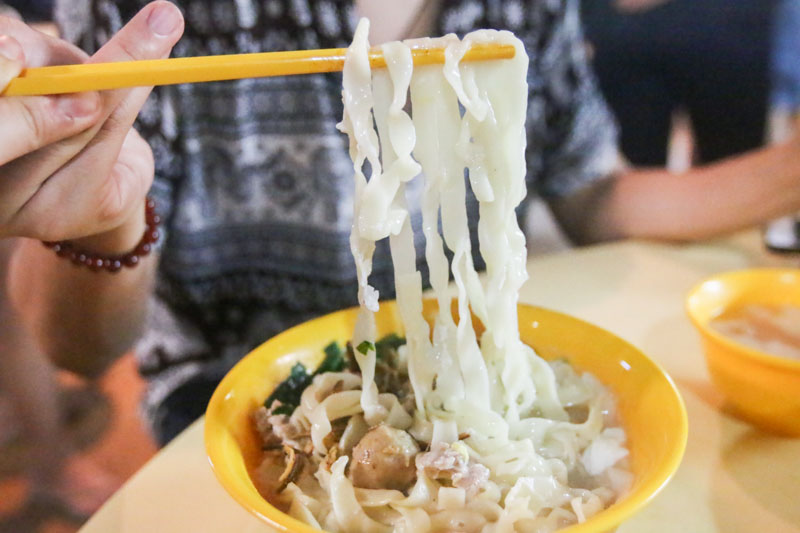 Ban mee tends to clump together, so one thing I look out for is whether or not the noodles are easy to break apart.

Thankfully, these ones were not difficult to separate and pick up. And even though they were also soft, they had a bite to them. 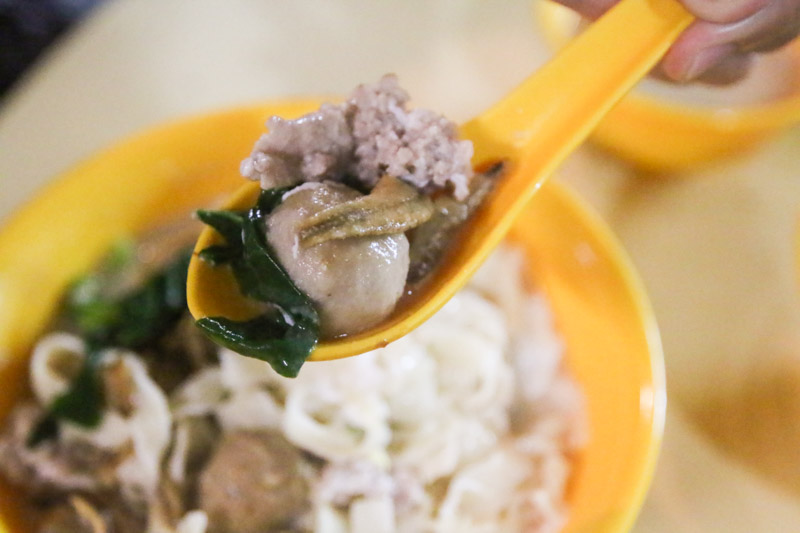 I usually only see minced meat in my ban mee, so I was surprised that they offered meatballs too, which were dense but tender. In my experience, meatballs tend to be quite bland, but these ones were unexpectedly savoury.

Overall, it was a decent bowl of ban mee to have, though I would prefer their soup to be a little more rich and flavourful. 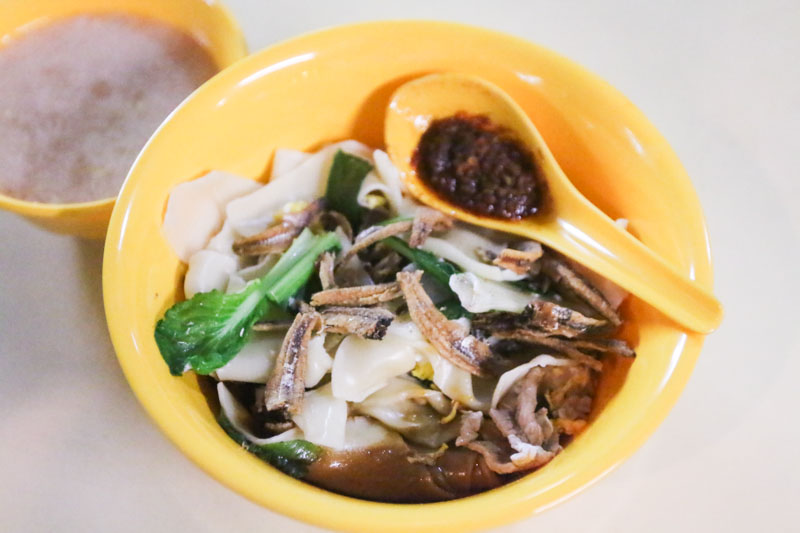 We ordered their dry Mee Hoon Kway (S$4) to try, which was a first for me since I always have it as the soup version.

It comes with a black sauce base, a spoonful of sambal, sliced pork, vegetables and ikan bilis. 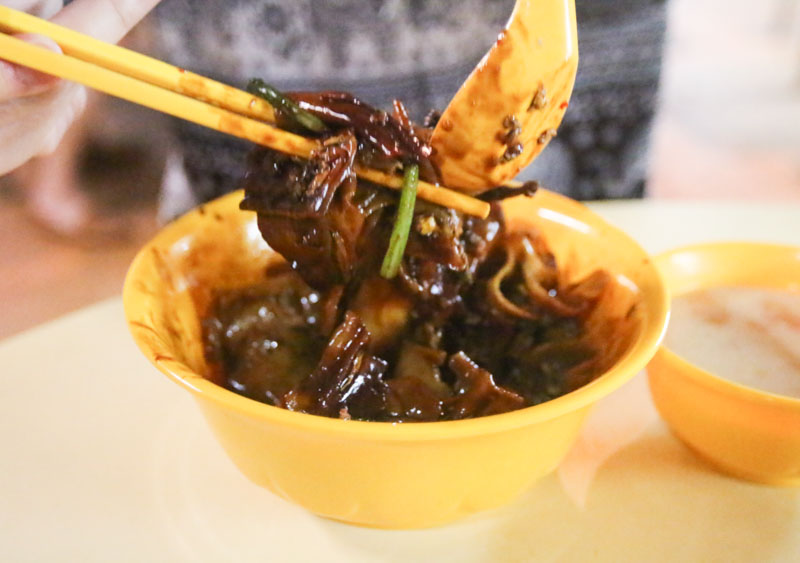 After giving the noodles a good toss, I was disappointed to find out that the black sauce was bland, and did not do much in adding flavour to the mee hoon kway.

What really gave it any taste was the sambal, which delivered a combination of flavours, from salty to sweet and spicy. I could also detect a hint of shrimp from the chilli. 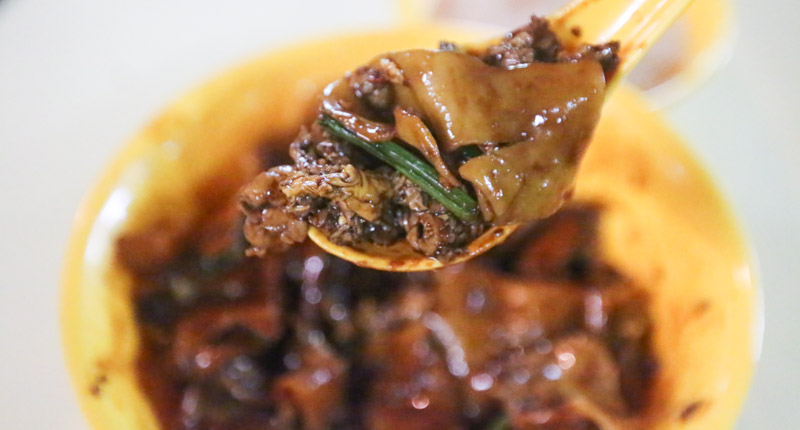 But I have to say the black sauce did give the mee hoon kway a nice, greasy coating, making it easier to slurp up. The noodles were easy to chew, with some harder pieces that are common with mee hoon kway.

The sauce plays an important role in dry mee hoon kway, and sadly this bowl fell short of my expectations. I would probably stick to the soup version instead next time. 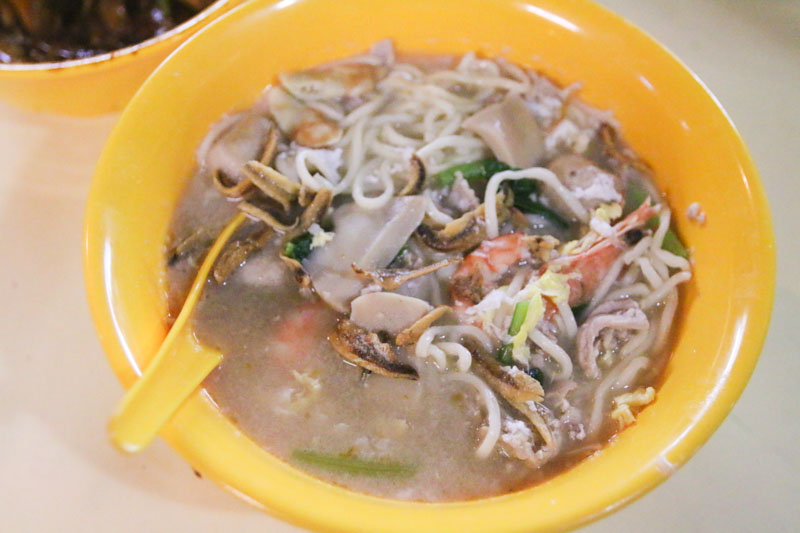 Saving the “best” for last, we ended off our meal with their Specialty U-Mee (S$12)—spoiler alert, I wasn’t entirely satisfied. 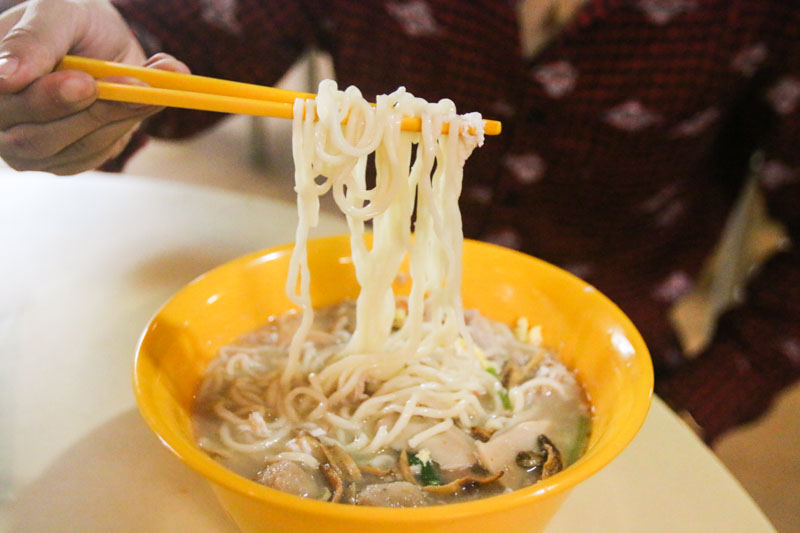 The you mian was your typical thin handmade noodles, but they were soft and lip-smackingly enjoyable.

Sadly, the soup did not fare so well. We found it to be overly fishy, probably due to the prawns. Thankfully, adding some sweet and sour chilli helped to balance out the fishiness. 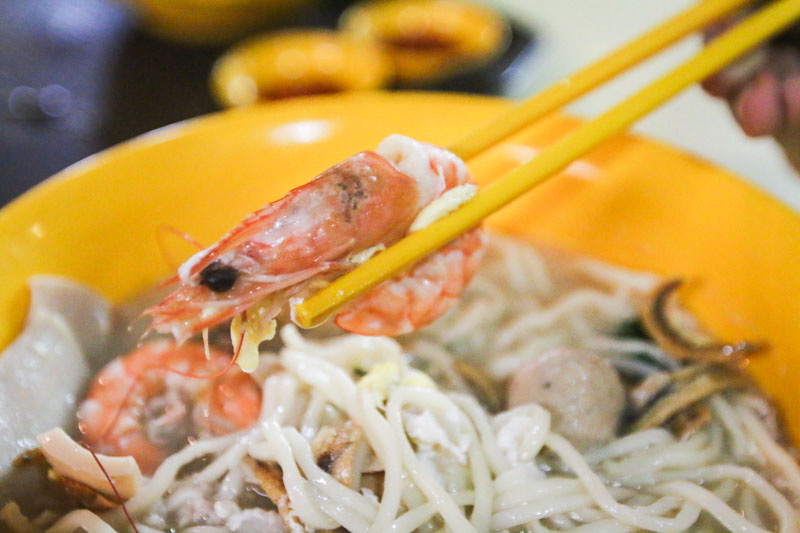 I did not have any high expectations before taking a bite of the prawns, since I already knew they would have a fishy taste. A dip in some chilli helped to combat that though.

While the meat was fairly tender and chewy, I would have still preferred the prawns to be fresher. And even though the prawns were quite small, at least there were three of them. 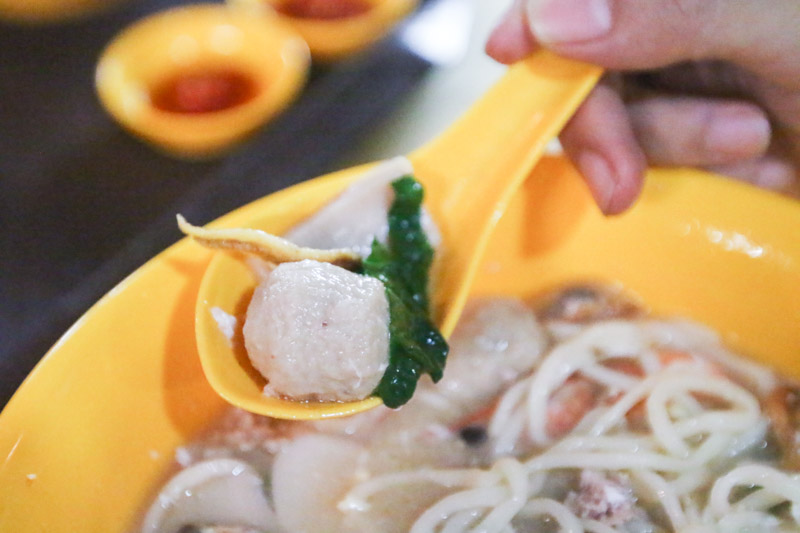 There were a few slices of decently-sized clams, and they were soft yet chewy with a natural sweetness to them. I wished they came in bigger pieces though, to justify the S$12 price tag.

There was just the right number of meatballs—three pieces—which were firm but tender, and savoury as expected.

Sometimes it is the more “premium” dishes that fall below expectations, and I think this speciality bowl of u-mee is one of those cases. While I enjoyed the meatballs and noodles, the fishiness from the prawns and soup overshadowed their good qualities. I would suggest skipping this dish and going for the cheaper noodle options instead.

While we had high hopes for He Jia Huan due to the promising long queues, the dishes were hit-and-miss. I’d most likely not re-visit the stall, but if I did, the meatball ban mee is the only option I would order again.

Are you someone who patronises this stall with long queues frequently? Let us know what your favourite dishes are, and maybe we can find out what was lacking during our visit.