Having been awarded the Michelin Bib Gourmand Award in 2016, Hjh Maimunah prides itself on serving up old-fashioned kampung-style Nasi Padang.

With seating areas across two units and even a space for private events such as weddings on the second floor, the restaurant along Jalan Pisang is huge and you can’t miss it. The simply furnished interior gave off a casual family-friendly vibe. I liked how there was ample space between the tables so that diners can be seated comfortably. 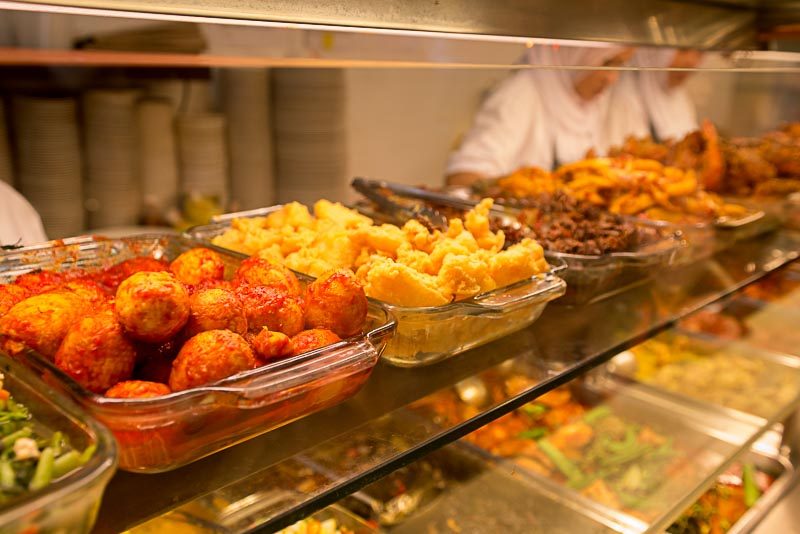 Dining here is a casual affair; just walk up to the rows of food on display and pick out the dishes you want. Let the servers there know how many of you are dining and they will give you appropriate portions.

After picking up your food, you have to bring them over to the cashier’s counter nearby where your bill will be tallied up. Somewhat like the process you go through at IKEA’s in-store restaurant. 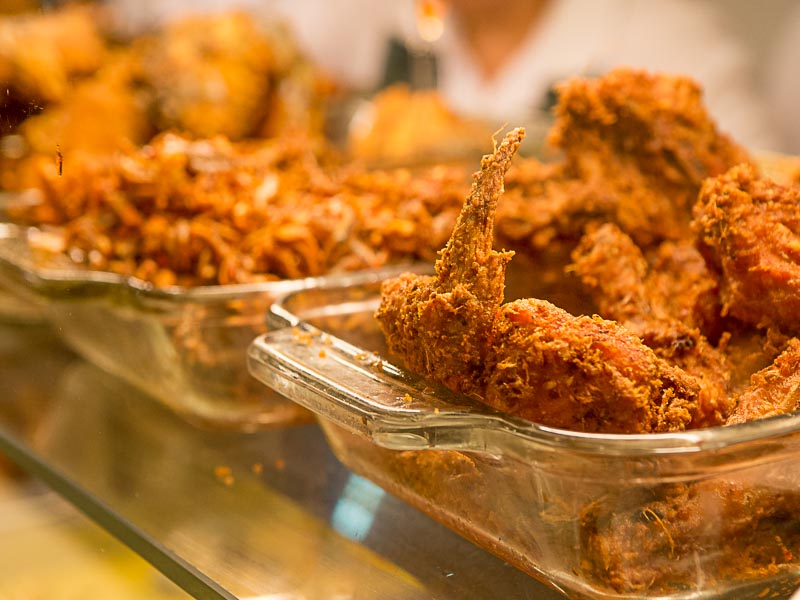 Your nasi padang can be enjoyed either with all your dishes and rice on a single plate (pesan) or each dish being served on a separate small plate so it all sprawls out on your table like a banquet (hidang). Don’t forget to indicate your preference to the servers beforehand! 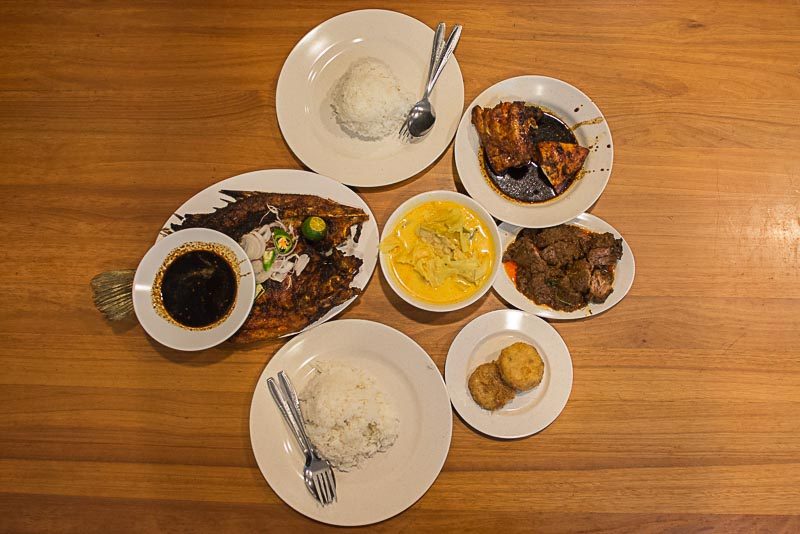 Of course, we chose the hidang style of serving which was quite a feast considering there was just two of us against this entire spread. 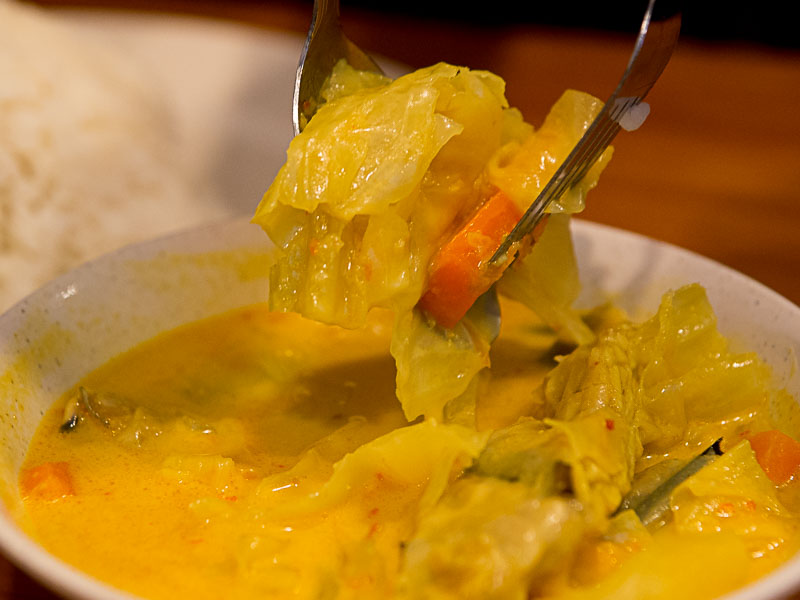 The Sayur Lodeh ($4, medium), or vegetables in a rich and slightly spicy coconut broth was a great rendition of the dish. Simmered over a long period of time, the vegetables were soft and barely needed any chewing.

The fragrance from coconut milk was discernible but not overpoweringly rich or jelak — just the right amount was used. Very comforting. The Ayam Bakar ($4.50) came in a decently large portion and was doused in a delightful kecap manis sauce. With palm sugar as a prominent ingredient, the sauce was savoury and slightly acidic sauce had a strong persistent note of sweetness to it.

Unfortunately, the chicken meat itself was a little too tough and chewy for my liking. Admittedly, I do heavily prefer dark meat that have more fat, and my dining partner who likes the leaner white meat found it alright. The Begedel ($0.80 each) was one of the highlights of the meal, and probably one of the best versions of the dish I’ve had. Sinking my teeth into it, the golden fried exterior broke with a light crunch to reveal the incredibly smooth potato filling. 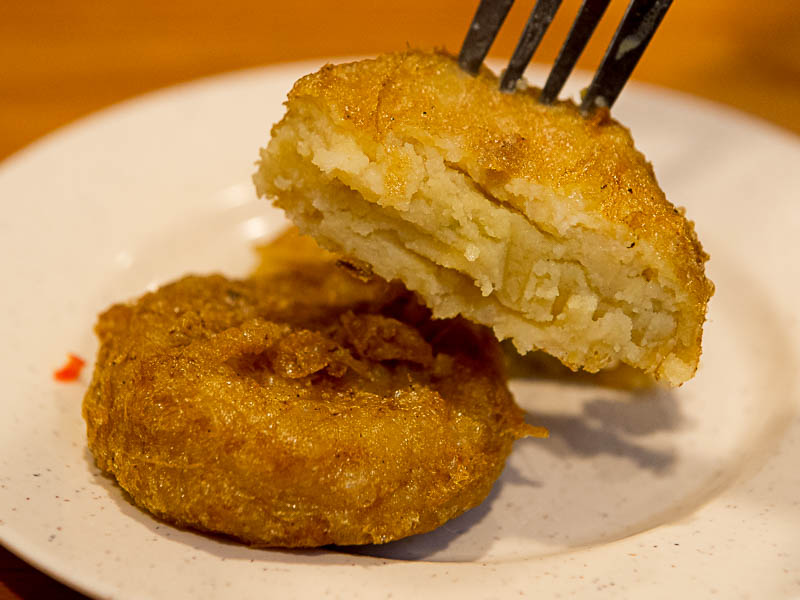 Most versions that you’ll find elsewhere have coarser and sometimes overly dense fillings, with discernible chunks of unmashed potato in them.

But here, the filling was just so smooth and almost creamy even. Don’t make the same mistake I did by ordering only one for myself — you’re gonna want a second piece for sure. 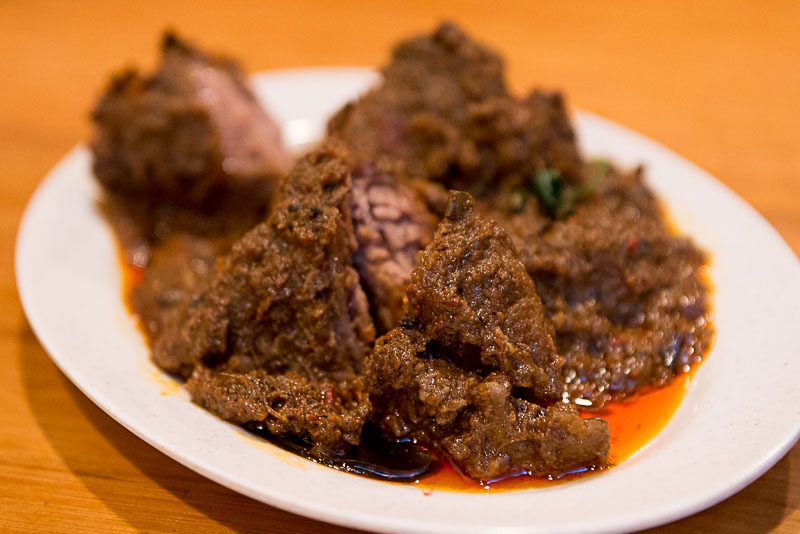 The Beef Rendang ($3 per portion, two portions featured) left me a little on the fence. While the aromatic blend of spices in the earthy rendang gravy was undeniable, the chunks of beef were unfortunately a little too tough as well, but not as tough and dry as the chicken dish earlier at least. I have to say that I was disappointed because I honestly expected it to be nothing less than fork-tender considering the popularity and hype surrounding this place. The impressive-looking Ikan Bakar ($22) was my favourite dish of the day. Butterflied to achieve a light crispy char on both sides, the seabass managed to stay moist and flaky even after having been left out on display. 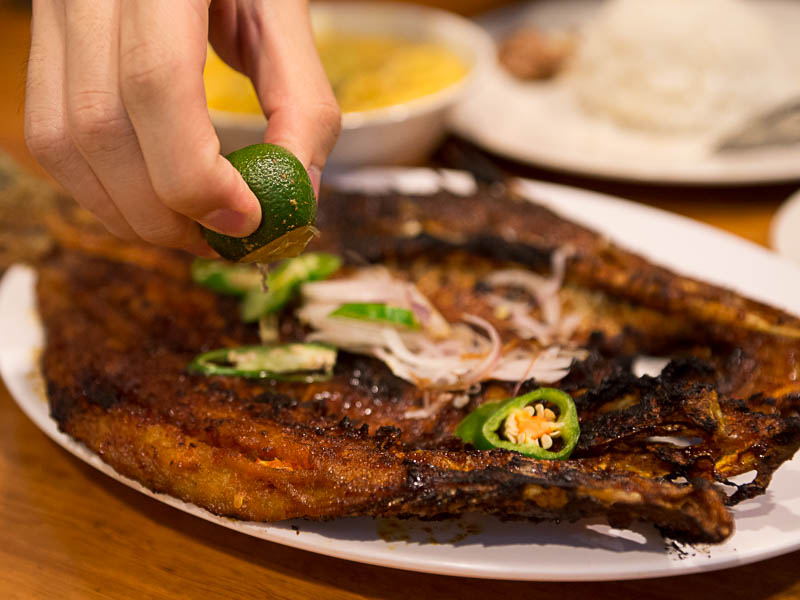 Doused in the same kecap manis sauce as the Ayam Bakar, a squeeze of calamansi juice helped immensely in cutting through the sweetness (and also kept it from being too similar to the chicken dish).

Also, if you’re going to spend money on buying a whole fish, go the extra mile to get all the morsels of meat from the head, cheek, collars and fins — there’s a surprising amount of flesh hidden in those parts!

On the day we visited, there was seabass and another fish on display, pick the one that tickles your fancy. 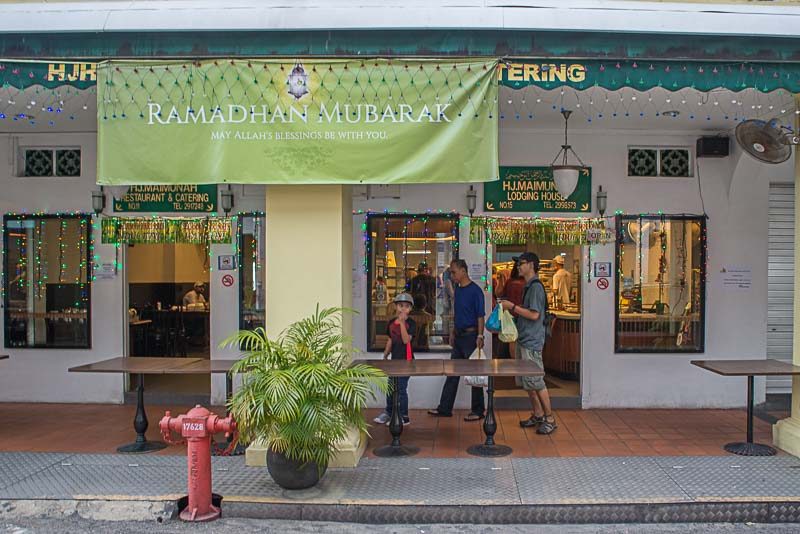 Overall, while I did enjoyed my meal at Hjh Maimunah, but I’ll have to say that I kind of expected a little more considering its popularity and Michelin Bib Gourmand award, not to mention its above-average price point — this meal for two, including two plates of rice, came up to $39.70.

While I understand not everything can be great in a restaurant that serves over 40 dishes, under-performing with staples such as Ayam Bakar and Beef Rendang can be a little hard to swallow. On the other hand, the Begedil and Ikan Bakar were excellent and I wouldn’t mind a return visit just for these two dishes alone.

I would still recommend Hjh Maimunah as it still serves decent nasi padang. But I definitely advise all future patrons to temper their expectations slightly regarding its former Bib Gourmand award before dining here – Probably that’s why it lost it’s Bib Gourmand status in 2017.