Hyfe Cafe: Enjoy Fusion Food & Plan A Holiday With The Itineraries Provided In This Cafe At Tampines One 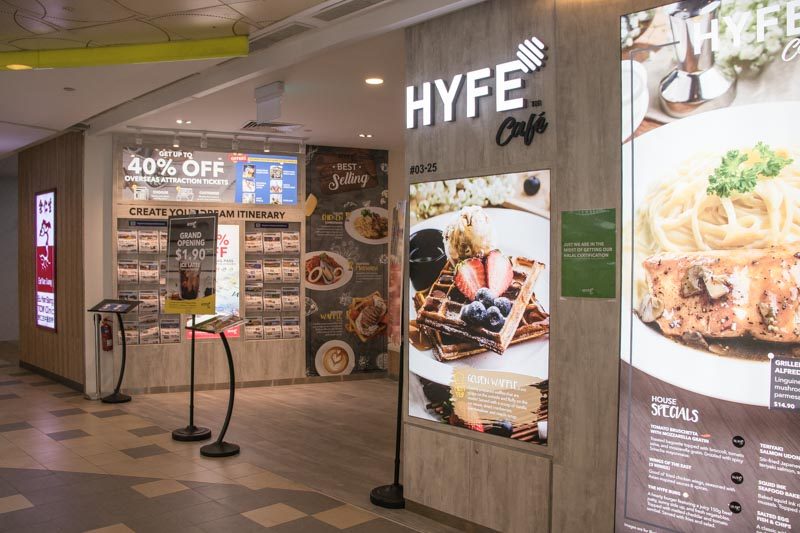 Changi Recommends is a familiar name to those who’ve travelled out of Singapore, it is a one-stop shop for travelling essentials.

Recently, they’ve taken their role as a travel companion to the next level with Hyfe Cafe located in Tampines One. 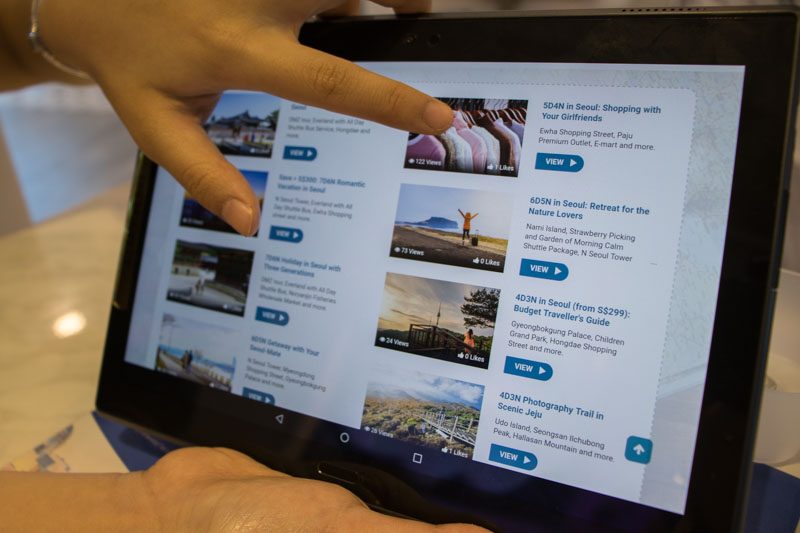 This lifestyle cafe allows you to plan your trip in its cosy space while enjoying fusion food from its kitchen.

Every table comes equipped with a handy tablet which you can use to plan your itinerary, book attraction tickets, and rent Wi-Fi routers. There are also printed copies of the itineraries on the walls, which you can use as a reference.

Not interested in any of the templates? The app exclusive to Hyfe Cafe has a bespoke itinerary planner to tailor to your needs through email.

Itinerary planning can get tiring, so grab a drink to sip on while you ponder over the available itinerary templates on the tablet. While you’re there, do keep a look out for the seasonal menu items too. 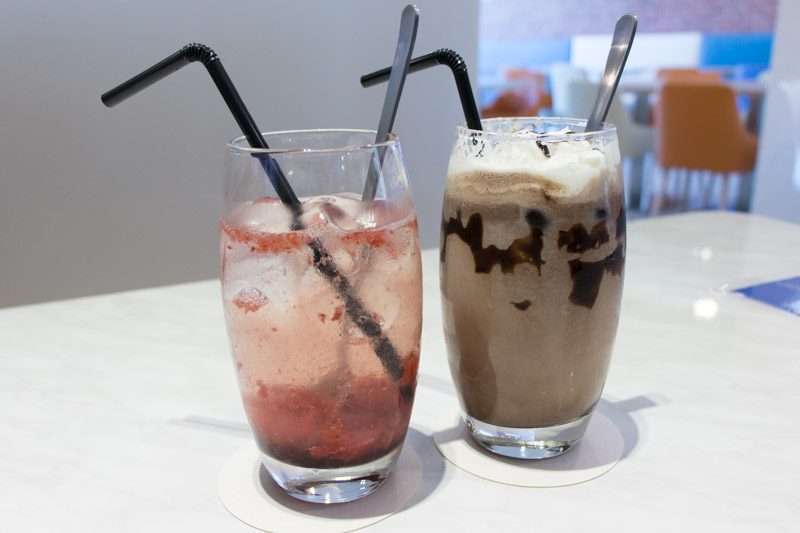 It was cherry blossom season while we visited, so we had the opportunity to try the Hanami Soda ($6.90), which consisted of a tangy mix of berries topped up with soda water. This beverage was super refreshing especially when the sun is particularly unforgiving.

But we were in the mood for something richer, so we got their Iced Chocolate ($6.90). It was a little letdown, simply because it tasted like regular chocolate milk. After letting it sit for a while, it started to get watered down so my advice would be to finish it quickly before the ice melts. For starters, we got the Wings Of The East ($7.90), a basket of three piping hot wings served with three house sauces. These three sauces included Curry Honey, Teriyaki, and Salted Egg —  a very Asian combination indeed.

The Salted Egg sauce was probably the best of the three, as it was strong enough. It was a nice sweet and salty addition to the wings. Even though we weren’t fans of the sauces, the wings were something else.

As with any good wing, these were crispy on the outside and juicy on the inside. They were also well-seasoned and were good on their own. There’s no such thing as too much fried chicken, right? So, we got the Crispy Chicken Mac and Cheese ($13.90). This mac and cheese came piled high with fried chicken drizzled with nacho cheese. This was arguably the best item we had at Hyfe Cafe, as both components of the dish were executed pretty well.

Although the mac and cheese lacked a little colour and didn’t have a cheese pull, it was flavourful and didn’t felt heavy. The cafe was really generous with their portion of crispy fried chicken, which gave the chewy macaroni a nice crunch when eaten together. The only downside was that it was a little dry. While we were there, we couldn’t possibly miss out on the best seller. The Teriyaki Salmon Udon ($15.90) came with a generous portion of fried udon noodles, and a large piece of salmon.

I really wanted to like it, but the Teriyaki flavour wasn’t that prominent, and the udon was a little on the salty side. In addition to that, the salmon was slightly overcooked. 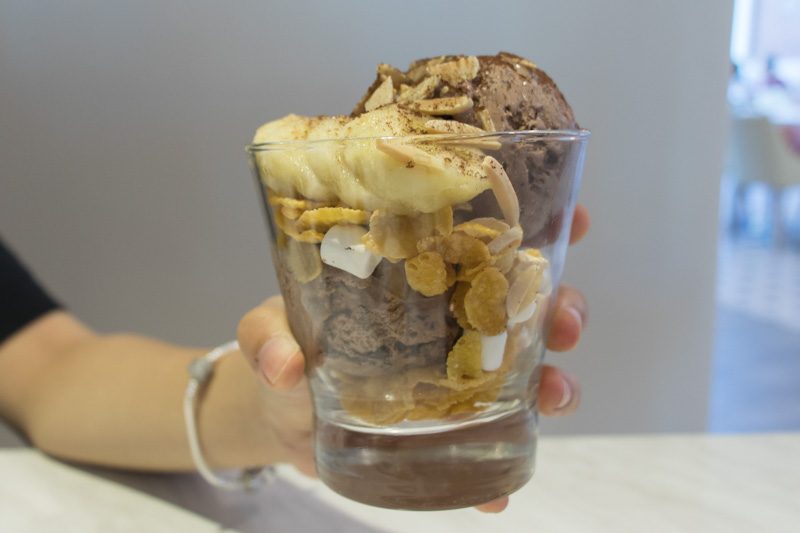 One interesting thing that caught my eye was the Omakase Dessert, which has the same concept as an omakase meal; you pay for the dessert and you only find out what it is when it’s served to you.

Ours came up to about $11.90, and was something like a chocolate banana parfait comprising of Swiss Chocolate ice cream, bananas, and cereal. I’m not sure I would have spent close to $12 for it on a normal day, but I guess the experience was pretty unique.

Having said that, there are many other things on the menu we haven’t tried, and I’m sure the food may be better on other days.

If you’re planning to go on a holiday you can consider planning your itinerary here while grabbing some bites — it’ll be like killing two birds with one stone. ToriYard: Be Surrounded By Nature & Enjoy Yakitori At This Japanese...